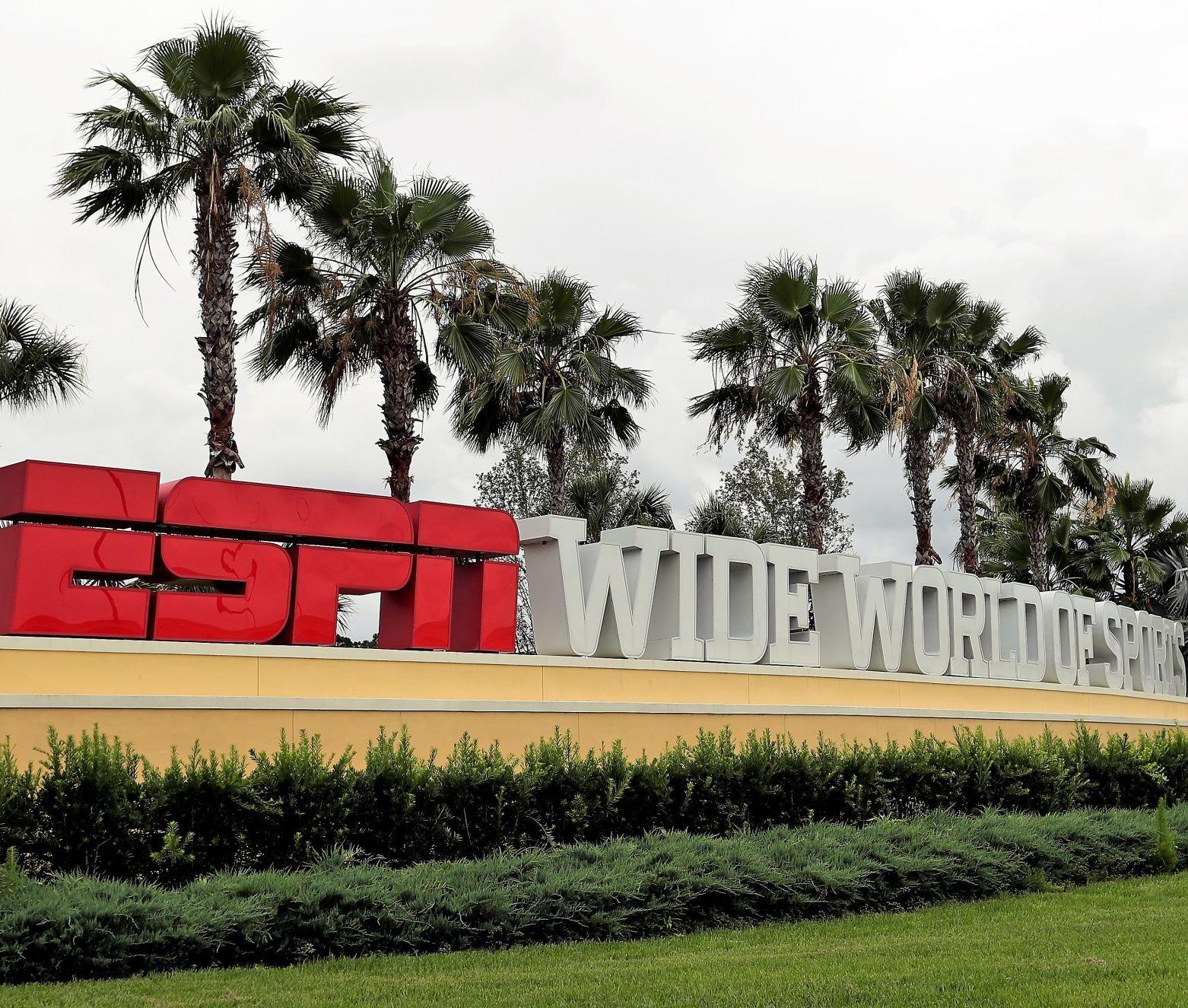 A sign marking the entrance to ESPN’s Wide World of Sports at Walt Disney World is seen on Wednesday in Kissimmee, Fla. The NBA has told the National Basketball Players Association that it will present a 22-team plan for restarting the season at Disney. (AP Photo/John Raoux)

The Faribault and Owatonna farmers markets are both set to open Saturday morning with a slightly altered layout to allow for more spacing during the ongoing pandemic. Despite COVID-19, organizers say roughly the same number of vendors are on board for the season. Pictured here, Linda Gare dishes up some of her homemade chocolate for a customer at the Faribault Farmers Market last summer. (Daily News file photo)

In both Faribault and Owatonna, vendors will be asked to bring an extra table to put between themselves and guests this summer. This will not only help keep customers further removed, but will also provide a space for exchanging money and items instead of handing them off directly. (Daily News file photo)

Summer is in the air and farmers markets are following close behind, with the Faribault and Owatonna locations set to open Saturday morning. Due to the ongoing pandemic, shoppers can expect some layout changes — additional space between patrons, masks and one-way aisles being among the new safety measures.

Although the opening of the Owatonna Farmers Market in Central Park was delayed a month due to COVID-19, the Faribault location typically opens on the first Saturday of June. Organizer Donna Bauer said she’s been consulting often with the Minnesota Department of Agriculture and other state agencies to keep up-to-date on any recommended changes before opening day.

“We have essential things, because we sell food,” said Bauer. “We are OK to operate — we just have to abide by social distancing.”

The Northfield Farmers Market has been open since May, although the city’s Riverwalk Market Fair isn’t planning to open until at least early July. Selling a mix of local produce, other food and art, the event’s board decided last month to wait until there may be a decreased risk to vendors and visitors according to a June 3 report from the Northfield News. The weekly fair typically draws tourists from outside of the community.

In Faribault, the market won’t likely permit craft vendors to set up until later this summer, which Bauer again said was a recommendation from the state. With crafters, there are typically between 35 and 40 vendors at the market, for now there’ll be closer to 25 selling vegetables, baked goods and other food items.

“When you have crafts and that kind of stuff, people tend to linger. That’s what we’re trying to avoid at this time,” added Bauer. “As the summer goes on, it might open up to crafters, too.”

In terms of layout, both he and Bauer said one major change is that there will now be two tables in between vendors and their guests — one where the goods will be arranged like normal, and one that will be used to transition items and money as opposed to handing them over directly. This second table will also help ensure that customers are staying roughly 6 feet back from sellers and pointing at their selections.

In both cases, vendors are supplying this extra table. For those in Owatonna who don’t have a second table to bring, Meixner said they will be set back further to still try and encourage keeping that same distance. “People know what to do,” he added.

The stalls themselves will also be spaced 6 feet apart, according to Meixner, and pushed back from the walkways to allow customers room to spread out while in line. At the Faribault market, aisles will be designated for one-way traffic, like they are currently at many grocery stores.

“We’ve asked all of our vendors to have wipes and hand sanitizer at each table, and some said that they would like to wear rubber gloves — we’re not requiring them, but some will still be wearing them,” said Bauer. “We’re not requiring masks, either, but I know that some vendors are saying they’re going to wear a mask.”

Meixner said Owatonna organizers are recommending that both vendors and consumers wear masks and gloves. In Faribault, there will also be hand-washing stations as guests enter and leave the market — with a designated entrance and two exit points accompanying the one-way aisles.

Bauer helped go over the changes with vendors during an outdoor meeting in the market’s Central Park location last month, and Meixner said he’s been discussing new regulations with sellers as they sign up.

Despite the pandemic, both organizers say the number of vendors on board for the season is similar to what it has been in previous years. Bauer added that there have even been more volunteers signing up for this year’s market, which she attributes to the additional tasks now needing to be done. With a number of additional rules to follow, she said she hopes that customers will still feel welcome — and safe.

In Faribault, she added that everything is still on track to have the annual Wednesday market start in July as more summer produce becomes available.

MINNEAPOLIS (AP) — The mural of George Floyd projected above his golden coffin, where mourners knelt and cried, paused and prayed at his memorial service Thursday had a simple message: “I can breathe now.”

Celebrities, civil rights activists, politicians and family members of Floyd sang “Amazing Grace,” prayed and joined together in a rousing memorial that was both a celebration of his life and a mourning of a man whose death at the hands of police has sparked protests nationwide and calls for an end to racial injustice.

Mourners wore masks, some with the words “I can’t breathe” on them, some of the last words Floyd said on the streets of Minneapolis just 3 miles (5 kilometers) from where the service was held at the Frank J. Lindquist sanctuary at North Central University. Some in attendance bumped elbows, rather than hug or shake hands, at the memorial taking place in the midst of the coronavirus pandemic.

It was not the coronavirus that killed Floyd, the family’s attorney Ben Crump said, but the “pandemic of racism and discrimination.”

Floyd’s brother and other family members told personal stories about dancing, playing football, cooking and enjoying life together. They said he was known by the endearing nickname “Big George.”

“George, he was like a general,” brother Philonise Floyd said. “Every day he would walk outside there would be a line of people wanting to greet him. ... He was powerful, man. He had a way with words. ... Everybody loved George.”

It was as the first service planned over the next six days across three communities where Floyd was born, grew up and died.

Projected above the pulpit inside the sanctuary was the blue and orange mural that’s been painted at the site of a makeshift memorial in the neighborhood where Floyd pleaded for air on May 25 as a white Minneapolis police officer pressed his knee into the handcuffed black man’s neck for several minutes even after Floyd stopped moving and pleading for air.

A small band and choir sang “Goin’ Up Yonder” and other classic gospel songs as mourners gathered.

The Rev. Al Sharpton was among those who spoke.

“George Floyd should not be among the deceased,” Sharpton said. “He did not die of common health conditions. He died of a common American criminal justice malfunction. He died because there has not been the corrective behavior that has taught this country that if you commit a crime, it does not matter if you wear blue jeans or a blue uniform you must pay for the crime you commit.”

After the first service, Floyd’s body will go to Raeford, North Carolina, the state where he was born 46 years ago, for a two-hour public viewing and private service for the family on Saturday.

Finally, a public viewing will be held Monday in Houston, where he was raised and lived most of his life. A 500-person service on Tuesday will take place at The Fountain of Praise church and will include addresses from Sharpton, family attorney Ben Crump, and the Rev. Remus E. Wright, the family pastor. Former Vice President Joe Biden, the presumptive Democratic presidential nominee, may attend, and other political figures and celebrities are expected as well. A private burial will follow.

Floyd’s final journey was designed with intention, Sharpton said ahead of Thursday’s service. Having left Houston for Minneapolis in 2014 in search of a job and a new life, Floyd will retrace that path.

Clayborne Carson, director of the Martin Luther King, Jr. Research and Education Institute at Stanford University, said the impact of Floyd’s death would ultimately be measured by changes in how police treat African Americans and the disparate rates at which black men are incarcerated.

“Otherwise, it’ll just be the next George Floyd and the one after that,” he said. 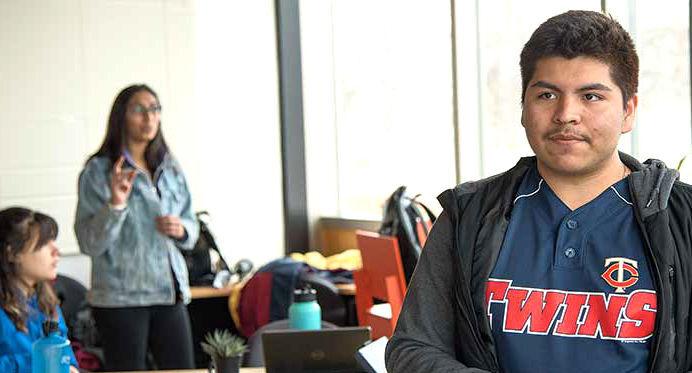 A Blaine man who drove the truck that struck and killed an Owatonna woman on Highway 14 last year was sentenced to 240 days in jail and placed on probation for up to five years Monday.

Hashim Lencha Siddiq, 30, was sentenced in Steele County District Court. He was the driver of a tractor-trailer truck that struck head-on the car in which the woman, Allison Christine Anderson, 67, was a passenger, killing Anderson.

The 240-day sentence, issued by Judge Karen Duncan, is scheduled to be staggered, with four periods of 60 days each in Steele County jail through 2023. His first incarceration period begins in September. He he can file a motion to have the final 180 days in jail waived if he shows he is complying with probation.

While on probation, Siddiq will be expected to present information about his case to illustrate the danger of driving in uncertain conditions and distracted driving in an education setting. He is expected to contact his probation officer as directed, follow all state and federal criminal laws and meet other requirements.

The crash occurred shortly before 5 p.m. Feb. 2, 2019. A state trooper who was among the first to arrive at the scene said that a heavy fog had settled in the area. The roadway was wet, but the temperature was above freezing. Siddiq was attempting to pass another vehicle on a two-lane stretch near the Steele-Dodge county line when it collided with the Anderson vehicle.

A certified reconstructionist and forensic mapping specialist assigned to investigate the crash scene concluded that “the primary factor in the crash was Siddiq’s unsafe passing during heavy fog conditions,” according to the complaint.

Anderson died at the scene. Her husband — Todd Anderson, 58, who was driving their vehicle — suffered numerous injuries and was transported to St. Marys Hospital in Rochester following the crash.