A fifth Steele County resident has died of COVID-19 as local numbers continue to rise at a rapid rate.

Twenty-six new COVID-19 cases were reported in a 24-hour period, as of Thursday, and Steele County has had a total of 1,066 confirmed COVID-19 cases, 763 of which no longer require isolation, according to the county. Six Steele County residents are currently hospitalized with COVID-19.

The age range of the cases spans from younger than a year old to people in their 90s.

By early next week, Caron said she anticipates the county’s case numbers to be even higher following the community testing events held on Monday and Tuesday. Though not everyone who came to get the free nasal swab test during the two-day event in Owatonna was a Steele County resident, Caron said a majority of them were.

“Anecdotally we likely tested over 900 people in those two days,” Caron said. “It was a really good turnout, and we did have quite a few sick people coming through.”

Caron said she anticipates the results from the community testing event to take roughly a week to get back, but that she is interested to see the positivity rate of the Steele County residents. Regardless, she is also not surprised that people from outside the community showed up to the event.

“Even though we had inclement weather during it, we had some people come as far as Minneapolis,” Caron said. “Testing sites are being overloaded right now.”

The state saw 7,228 new cases of COVID-19 reported in a single day on Thursday, surpassing the previous record by more than 1,000 cases, according to the Minnesota Department of Health. Minnesota health officials reported 39 deaths, second only to the 56 deaths reported Wednesday. The state has now had a total of 201,795 cases and 2,793 deaths since the start of the pandemic. According to Johns Hopkins researchers, Minnesota ranks ninth in the country for new cases per capita with 982.4 new cases per 100,000 people over the past two weeks.

The continued case growth has state officials and health care workers concerned about hospital capacity as hospitalizations due to complications from the virus typically follow an increase in cases. There are currently 1,299 people hospitalized statewide with COVID-19 related symptoms, according to the COVID Tracking Project.

The Steele County Auditor’s Office was tasked with opening thousands of mailed-in absentee ballots for the 2020 presidential election. The early voter turnout was triple the amount of the previous record in the county, adding to the highest voter turnout Steele County has ever seen for an election at 86%. (Southernminn.com file photo)

Whether it was by mail, early in-person or at the polls, Steele County turned out to vote last week and set new records across the board.

According to Steele County Auditor Laura Ihrke, the former record for overall voter turnout was 82.99% in 2016, just under 20,000 voters. By the end of Election Day earlier this month, Ihrke said a total of 21,253 voters participated in the general election, bringing the new record to 86.48%.

“It was a very good turnout,” Ihrke said. “We want to see people get out and vote.”

The voter turnout was not the first record set in Steele County this election season. Prior to Election Day, Ihrke confirmed the absentee/early voting numbers had tripled the area’s previous record. According to the Minnesota Secretary of State, 9,188 registered voters in Steele County requested an absentee mail-in ballot. Of those requests, 93% of them were returned, leaving only 604 outstanding on the final day for ballots to arrive at the Auditor’s Office on Nov. 10. Only 13 absentee ballots arrived in the mail after Election Day in Steele County, according to the Secretary of State’s data.

“The outstanding mail-in ballots mean the people who requested them either voted in person or just decided not to vote,” Ihrke said. “There is a chance all of them still voted, it’s a possibility.”

Ihrke said she believes the record early voting numbers were a contributing factor to the highest voter turnout the county has ever seen, and that the marketing done by different political parties to get votes in early helped as well.

“There was certainly a lot of advertising about voting and voting early, everyone was getting notified,” Ihrke said. “But I think people in general were just more passionate about voting this year.”

The impact on Ihrke’s office and staff was huge, she said. As Election Day grew nearer, Ihrke said all they could really focus on was election stuff.

“When we started this year we weren’t expecting that kind of volume,” Ihrke said. “We had to focus on the election more than anything else in the end, which is OK.”

Whether the high early voting turnout will be a continuing trend in Steele County is yet to be determined, Ihrke said. While they did see a higher-than-average early voter turnout in the 2018 election, which was not a presidential year, Ihrke said the pandemic also played a large part in the push to vote before Election Day.

“I think people had this fear of maybe not feeling well and being unable to vote,” Ihrke said. “We had people wanting to get their vote in early just in case something happened, so in the future I’m not sure what that will mean for voting early. I suppose it depends how long we’re in the pandemic.”

While Ihrke said voting early is a good way to ensure nothing can prevent you from voting on Election Day, she did say the only downside would be if someone were to vote too early just to have their mind changed.

“Make sure when you’re voting early that you’re confident in your decision,” Ihrke said. “If you vote too early and something changes, you won’t be able to change your vote after a certain amount of time.”

Though the final numbers are in, Ihrke said the election commotion is not yet over on the county level. On Friday, the canvassing board will select two precincts at random to be canvassed – meaning all the ballots in those precincts will have to be hand counted by election judges. Ihrke said this process helps maintain the integrity of the voting system. On Monday, the county will have the post-election review, and then they will be posting the history, packing up supplies and waiting for the state canvas to conclude.

“It will take us until the end of the year to actually finish with the election,” Ihrke said. “We are appreciative of everyone being patient and understanding with the offices as we’ve dealt with this massive amount of work. It all ended up working well.” 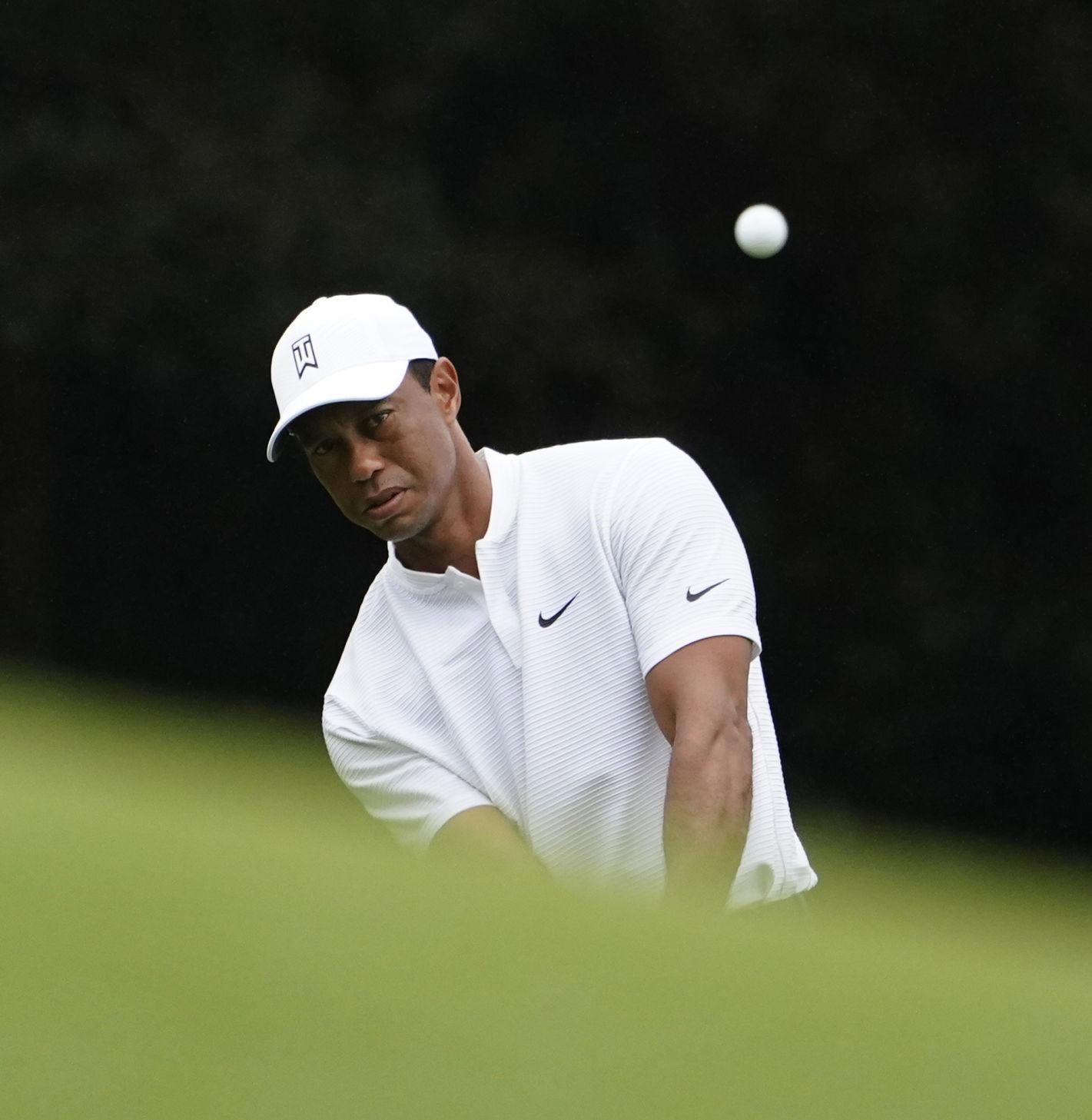 Tiger Woods chips to the first green during a practice round for the Masters golf tournament Wednesday, Nov. 11, 2020, in Augusta, Ga. (AP Photo/Matt Slocum)

As the number of COVID-19 cases rise across Minnesota, schools throughout Steele County are looking closer at their learning model and planning for Thanksgiving break.

Thanksgiving gatherings can increase the risk of contracting or spreading COVID-19, according to the Center for Disease Control and Prevention. Thus schools are taking proactive measures to limit the spread once students return to school after the holiday.

The Medford school district recently announced its intent to move into a targeted distance learning period starting Monday, Nov. 23 through Friday, Dec. 4 with Thanksgiving break on Nov. 26 and Nov. 27.

“After careful consideration and consultation, it was determined that going to distance learning for a short while is safest for our students, staff and community as a whole,” Superintendent Mark Ristau said in an email.

There will be no school for students on Monday, Nov. 16 as staff and teachers plan for the upcoming distance learning weeks. Students will return to school in their current model for the week of Tuesday, Nov. 17 through Friday, Nov. 20. The school’s current learning model has high school students in a hybrid model and elementary students in an in-person model.

“I understand that this will inconvenience many families, and for that I sincerely apologize. We continue to use the recommendations of local health professionals and multiple metrics that are available to schools,” Ristau said.

The plan is to have students return Monday, Dec. 7 in their current learning model. However, the district said it will stay in touch with parents if this changes. Additionally, more specific communication will follow regarding extracurricular, daycare and food services.

In a message to parents, Ristau explained that while the county case numbers continue to rise, so too do the case numbers within the district.

Steele County‘s 14-day case rate per 10,000 people has shot up to 41.99 as of Thursday, Nov. 12. Last week the rate was at 29.17 and the week before it was at 34.08. This week marks the fifth week in which the rate was over 20. Steele County schools continue to meet weekly with Steele County Public Health Director Amy Caron to discuss case rates and learning model options.

Blooming Prairie Public Schools officials plan to meet Friday morning to discuss the health situation in the area and determine the district’s next move.

McKinley has now been added to the Minnesota Department of Health’s list of schools with five or more confirmed COVID-19 cases in students or staff who were in the building while infectious during a two-week reporting period. Owatonna High School was added to the list last week, although it remains in its current learning model.

Those with questions about the Medford School District can contact the following: