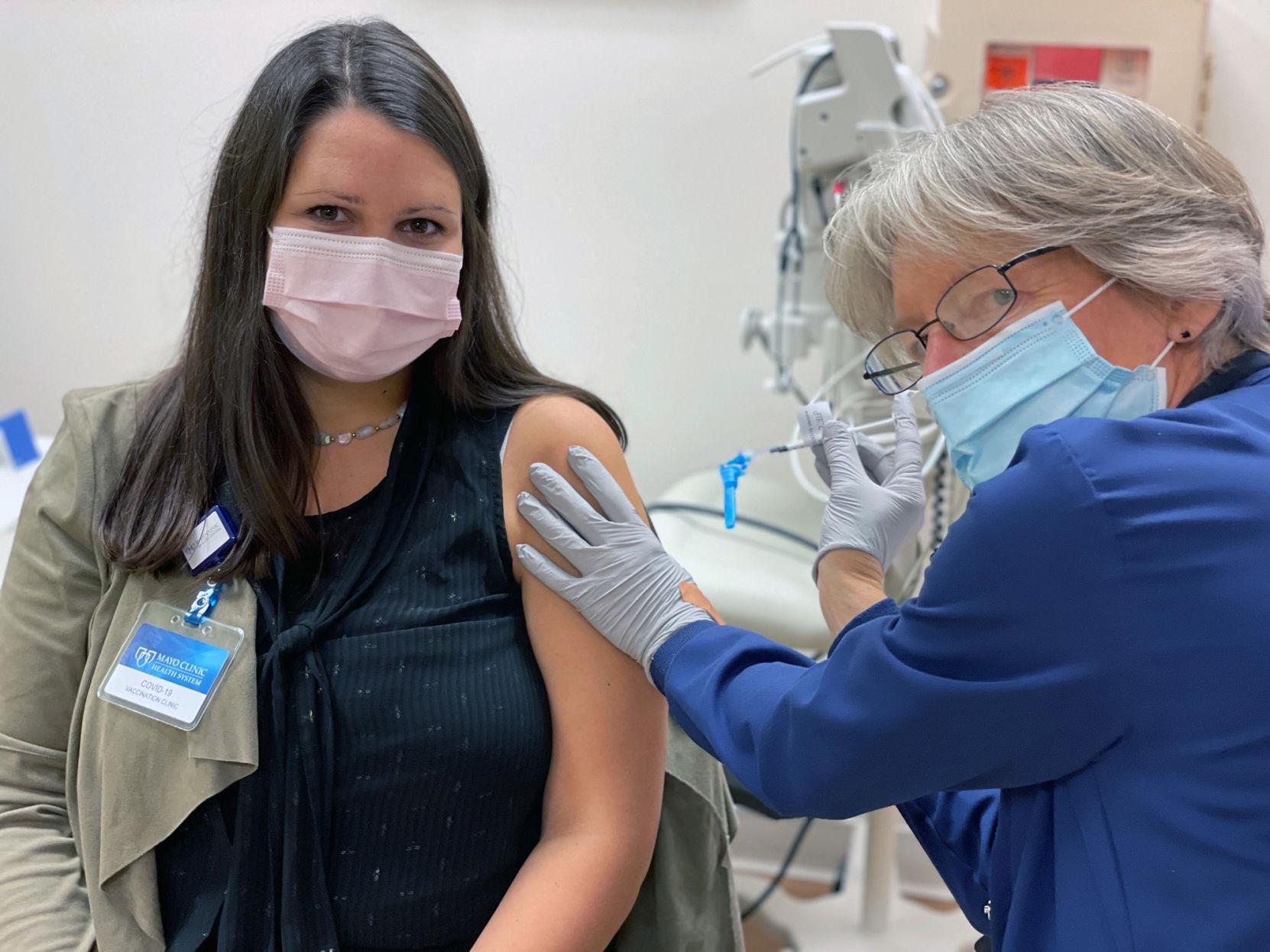 More than 4,000 frontline health care workers in Minnesota have already received their first coronavirus vaccinations, and the state expects to have received nearly 250,000 doses from the two approved manufacturers by the end of the month.

Quietly lurking the dark, the opioid epidemic continues to grow in numbers and dangers throughout the COVID-19 pandemic as local law enforcement continues to respond to overdoses in southern Minnesota. (Photo by Michael Longmire on Unsplash)

As the stresses over social distancing, mask wearing and vaccine supplies continue, a silent killer lurks in the shadows.

In 2018, the South Central Drug Investigations Unit said opioid abuse was still “uncommon” in Steele County. At that time, Sgt. Andy Drenth, commander of the multi-agency task force, which includes the counties of Steele, Waseca, Freeborn and Faribault, was unaware of any deaths directly attributed to opioid abuse, convinced the area was simply “lagging behind.”

Drenth was spot on.

“A year and a half ago, there was a handful of Owatonna users who would pool their money together and make a trip up to North Minneapolis to pick up 5 or 6 grams,” Drenth said last week. “Now they don’t need to travel. It’s here. They don’t need to go very far.”

The opioid epidemic reaches far beyond local accessibility of both prescription drugs and street heroin. A quick look at local statistics from the Overdose Detection Mapping Application Program shows that from August 2019 to the end of 2020, law enforcement in Steele and Rice counties know of 43 overdoses linked to opioid abuse — nine were fatal.

“It’s here, it’s real and it’s affecting a lot of families and community members,” said Sgt. Paul LaRoche, commander of the Cannon River Drug and Violent Offender Task Force, which covers Rice and Le Sueur counties. “The presence has gone up – opioids in our area have been on the rise specifically with a lot more fentanyl-laced heroin. A lot of what our overdoses have been is that elevated presence of fentanyl.”

The bulk of the known overdoses have been concentrated in the area’s larger cities. Faribault has seen 14 of the 30 total overdoses in Rice County — two of which were fatal. Eleven of the 13 overdoses to take place in Steele County occurred in Owatonna, including all three of the fatalities. Despite the concentration in the larger cities, the epidemic is everywhere. Rural Rice County had a reported four overdoses, including one fatality, between September 2019 and August 2020, and in Steele County town of Medford, population roughly 1,266, was home to one opioid-related overdose in the last year.

“We are all in the same ballpark,” Drenth said about the epidemic. “It doesn’t matter if it’s greater Minnesota, out-state Minnesota, metro, the reservations — every other community is experiencing the same problem.”

Even in the county of Le Sueur, with a total population that barely eclipses Owatonna’s, opioids present a real and devastating problem. Le Sueur County Sheriff Brett Mason said they know of five over the past year, two of which were fatal, but emphasizes this is only what they know of.

“I can tell you these numbers aren’t accurate based on the fact that I know there are more overdoses going on but they’re not being reported,” Mason said, adding that if an overdose victim is brought to the hospital before law enforcement can respond, the patient’s information is private unless a criminal investigation is initiated. “It’s tough and it’s running rampant — we see that through the national data and locally. The opioid epidemic is certainly thriving and that is unfortunate.”

Mason said similar to what other southern Minnesota counties have found, he has seen an obvious and concerning growth in the opioid trend over the last two years. In August 2019, Cannon River task force agents made a highly unusual drug bust in the Le Sueur County city of Montgomery. That bust alone netted nearly 1,000 pills of the prescription opioid oxycodone. The pills were tested for other potentially dangerous substances, LaRoche said. Results showed them to be counterfeit, another cog in the ongoing list of problems in the war on opioids.

“People are confusing these with being oxycodone when in reality they are counterfeit ‘M30’ pills, something that is being seen all across Minnesota and the United States over the past year or so,” LaRoche said. “In reality, these are fentanyl.”

According to the Centers for Disease Control and Prevention, fentanyl is a synthetic opioid pain reliever, approved for treating severe pain, typically advanced cancer. The CDC says it is 50 times more potent than heroin and 100 times more potent than morphine, and is typically prescribed in the form of lozenges or transdermal patches applied to the skin, which are then diverted for misuse and abuse across the country.

However, as the opioid epidemic rages on, the CDC says most cases of fentanyl-related harm, overdose and death, have been linked to illegally made fentanyl that is sold through illegal drug markets for its heroin-like high. It is often mixed with heroin and/or cocaine as a combination product — with or without the user’s knowledge — to increase its euphoric effects. The United States Drug Enforcement Administration reports that fentanyl is often added to heroin to increase its potency or to be disguised as highly potent heroin. As a result, the DEA says many users believe they are purchasing heroin and are unaware they are purchasing fentanyl, often resulting in overdose deaths.

Getting counterfeit pills like M30 off the streets is a priority, and LaRoche said the investigation in the Montgomery bust is ongoing. Over a year later, the task force continues to try to find the main source of the pills made with a pill press.

“It’s rare to find someone in possession of that many [pills],” LaRoche said.

Drenth said it is just as difficult to find large amounts of heroin during busts and seizures, especially when compared to the other drug that continues to plague southern Minnesota: methamphetamine.

“You just don’t see it in large quantities like you would with meth,” Drenth said. “You can easily find a pound of meth, but it is extremely rare to find that amount of heroin.”

Drenth attributes this anomaly to both the cost and the potency of heroin and other opioids. Though these drugs decreased in price in recent years, heroin and opioids pills are double the price of meth. And, users simply don’t need as much to get what they’re looking for, according to Drenth.

“Heroin is so potent that you don’t need that much to get high, a small amount will last a longer time typically,” he said.

Between the variety of elements that range from the potency to the proximity and the lacing and the counterfeiting, both men say the opioid epidemic is not only present in southern Minnesota, but it is getting worse.

“Pick a community and it’s there,” Drenth said. “This is not a drug that is easy to recover from, it has a high rate of relapse regardless of if you’re trying to recover from a legit injury with prescription pills or you are using it as a recreational drug. Because of that potency, your brain will never forget how good it feels.”

LaRoche agreed, adding that while the addiction can happen to anyone, local law enforcement is seeing a greater number of young adults fall prey to opioid addiction.

“It’s so highly addictive that I think sometimes younger adults don’t realize how quickly they could become addicted and the dangers that follow it,” LaRoche said. “They get the heroin and they think it’s regular. Then we are being called.”

Drenth points to the two most recent overdose calls that have occurred in Steele County, one on Dec. 9, the other eight days later. In both cases, three doses of the anti-opioid naloxone being administered to each victim. The intensity of the overdose Drenth attributes to a common offender: fentanyl.

“When the potency is really unknown that is where the overdose happens,” Drenth said. “People may be use to using a certain amount of heroin, but this time it might be different and have fentanyl, then you don’t know how much you’re actually taking.”

Faribault Police Chief Andy Bohlen, in an October interview, said that the inconsistency is specifically what makes it so deadly.

“It’s not mixed in a pharmaceutical lab. One pill might have nothing, not fentanyl, and one will have a double dose,” Bohlen said, noting the Faribault Police Department is now administering naloxone on an almost weekly basis. “You have no idea what you’re sticking in your system.”

As heroin and other opioids continue to rise in popularity, Drenth expects the overdoses to increase as well.

“This is a party drug. It is affecting our youth and that is the really dangerous part,” Drenth said. “The potency of heroin is so addicting and so powerful that just one dose could be your first and your last.”

Suspected overdoses in Rice and Steele counties from August 2019 to December 2020.

Note: Local law enforcement stresses that these overdoses are the only ones they are aware of. It's believed additional overdoses related to opioid abuse have were not reported or are known only to area hospitals.

Naloxone, a drug that reverses opioid overdose, is available without a prescription at the following Rice and Steele County locations:

This story is the first in an occasional series on the growing problem of opioids in southern Minnesota, and how they're impacting those who come in contact with the drugs and the addicts.

Kaytlen Paige Greenlee, 22, of Adams, Minnesota, was charged by summons Thursday in Rice County District Court. One of the criminal vehicular operation counts is listed as a felony. The other four are gross misdemeanors.

Court documents state Greenlee was charged after the Sept. 25 crash that took place near the Hwy. 19 overpass on Interstate 35.

Greenlee and her passenger, Megan Rebecca Koch, 25, of Austin, reported they were traveling south on I-35 toward Austin and hadn’t seen the line of stopped vehicles in the area, despite a notification on the GPS they were using indicating slow traffic ahead.

Court documents state that though Greenlee reported she tried to slow down before the crash, a forensic analysis of the vehicle showed the Trailblazer had been traveling at least 74 miles per hour in the seconds preceding the crash and that the brakes had not been applied. 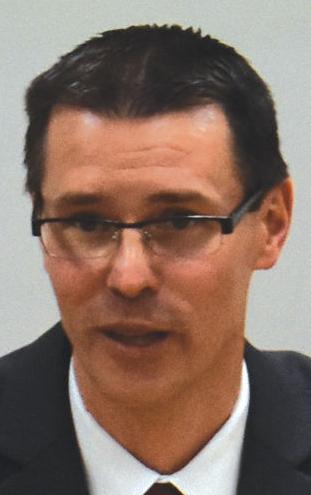 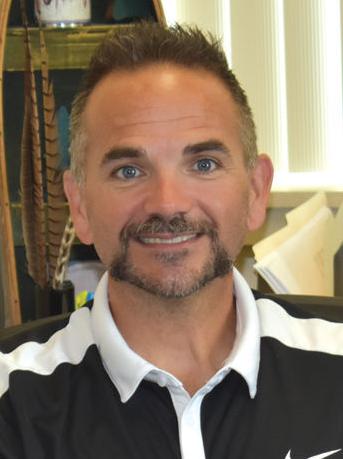