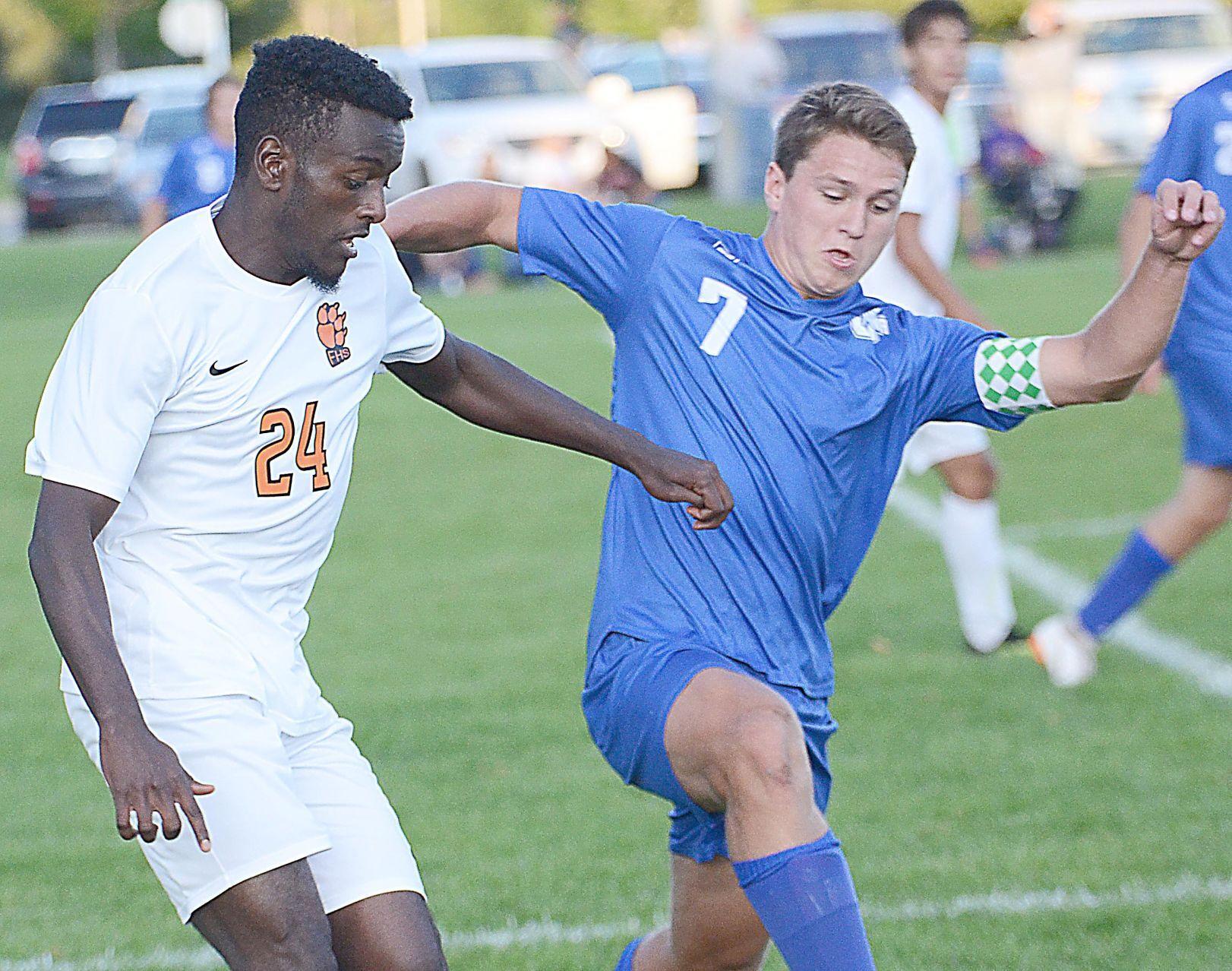 A symbol of impartiality has once again found a home on the courthouse.

Gene Mosher designed, constructed and donated a copper replica of the scales to fill the empty extended hand of the justice statute at the Steele County Courthouse. The statute, which sits above the entrance on the building’s north face and next to two other female figures representing Mercy and Law, has been missing her scales for almost four decades.

On Sunday, Aug. 16 Mosher presented the scales to District 3 Steele County Commissioner Rick Genemi. The scales are currently waiting to be installed. Now is an ideal time for the scale to be fitted because exterior work is currently being done on the building and the necessary equipment is already on site.

The statue was installed when the building was built in 1891, according to local history expert Nancy Vaillancourt. In the early 1990s Vaillancourt was working on a sculpture study for the arts center.

“At that time I was told the scales had been missing since at least 1982,” Vaillancourt said.

As far as what happened to the original scales, it’s still a mystery. Vaillancourt says a county employee told her the statute had been taken down for refurbishing and put back with the scales missing. A search for the scales was unsuccessful.

On a trip to Michigan, Vaillancourt noticed another courthouse with an identical statue. She got in touch with courthouse staff and they were able to send her a photograph of the scales. After doing some more research, she compiled a file with a variety of reference pictures to give to Genemi who then showed them to Mosher.

“It's going to feel great to see those restored there,” Vaillancourt said. 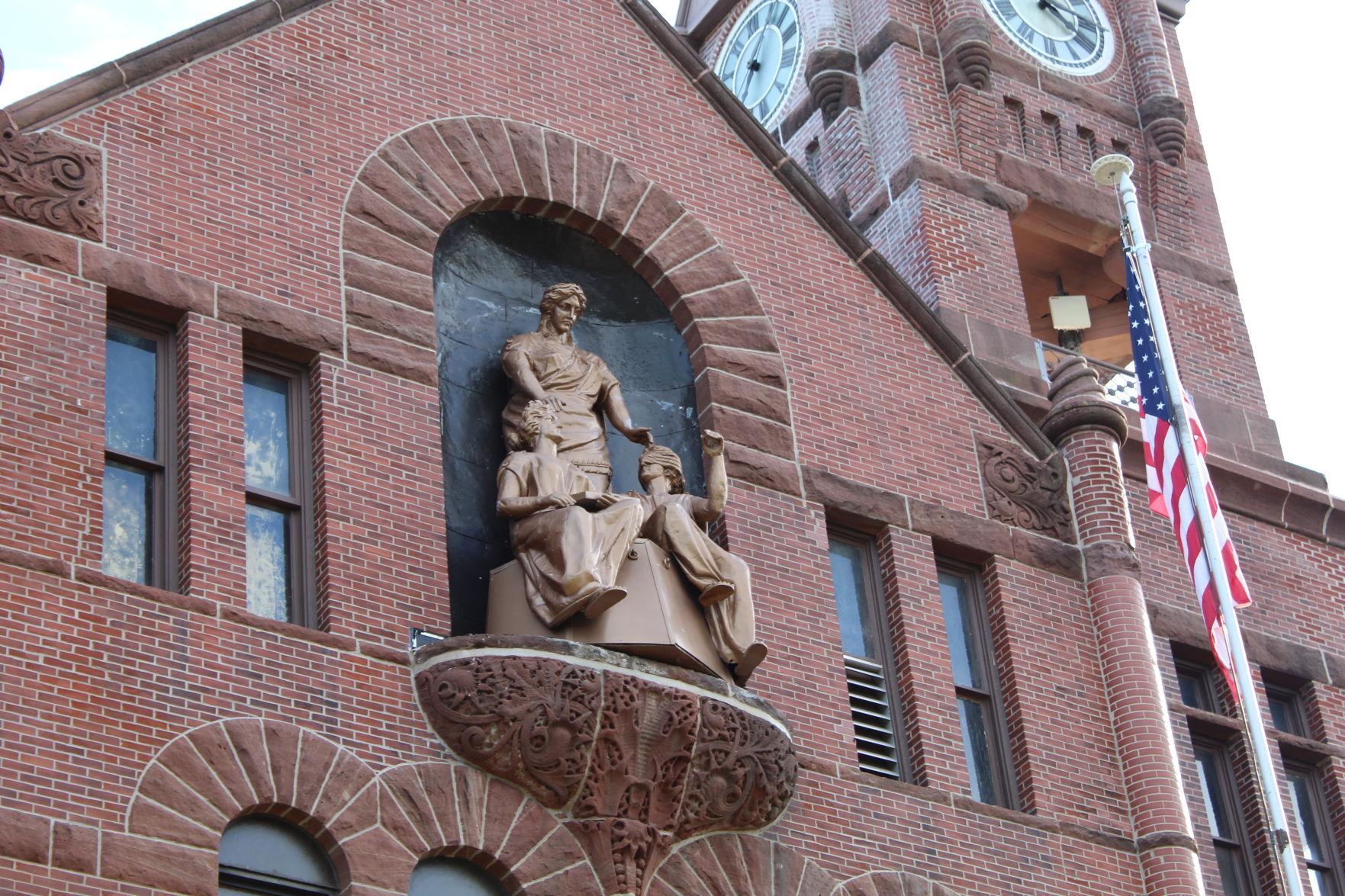 The hands of Lady Justice, right, won’t be empty much longer. A set of scales, fashioned by local maker Gene Mosher, will soon be set in place. Her scales have been missing for nearly four decades. (Ashley Rezachek/People’s Press)

Mosher took on the task simply because he “was looking for something to do.” Mosher is a retired machinist with decades of experience and a shop full of the tools needed to complete the project.

Using the reference pictures given to him and his memory of scales in other locations, Mosher started the designing process. He began soldering, bending and manipulating the copper pieces to form a replica of the original. The project took about 12 hours over two days. Mosher admits that it was difficult to gauge exactly how big he should make the scales.

“It's hard to make something when you don’t really know the size or how to make it,” he said.

Mosher has always been a maker and emphasized that he builds to the best of his ability.

Beyond describing himself as an inventor, he is also a fixer. With his handy skills he has helped friends fix various antiques, including vintage coin banks.

For now, Mosher is looking forward to seeing his work up at the courthouse and to pointing out his creation to other people.

“Just to tell my friends to look up there and see that it's something I made,” Mosher said.

'I like to make things that look nice and look in perspective.'

In order to establish the 2040 Transportation Plan, Steele County is working closely with the city of Owatonna and the community to ensure that all priorities for the next 20 years align as closely as possible. (Annie Granlund/People’s Press)

“We need to get this plan in place to guide the decisions we make year to year with which projects to move forward with and how we will pay for them,” said Paul Sponholz, assistant county engineer, discussed the upcoming Steele County 2040 Transportation Plan. “One really incredible thing that we are doing this time around is we are working directly with the city of Owatonna to collaborate on our plan and theirs. It will be two separate plans, but we will be very much working with each other so they will have similar alignments from what we see both in the city and the county.”

“The members of the community are the actual users of our system,” Sponholz said. “They live on the roads, drive on the roads, transport goods and commodities and people on them, so we want to know what’s working, what we can do better and ultimately what their priorities are.”

Sponholz said as it is with most government departments and projects, resources are limited and sparse in comparison to the amount of work that needs to be done. Thus, the input from the public is vital in assuring that county leaders are focusing their attention on the highest priorities.

“With any type of public information meeting we’ve had for projects, it’s always amazing when somebody brings something up that we just hadn’t thought of,” Sponholz said, adding the laundry list of data, reports and conditions the staff has to sift through can cause other items to get lost in the shuffle.

Once the open house is complete, Sponholz said they will take the data collected and see how it aligns with the county’s idea of where the transportation priorities will fall. Eventually, he said, they will host a second open house to show residents the information and comments they received, how they are going to implement it and give a transparent view of how the plan will impact project decisions moving forward.

The city of Owatonna’s virtual open house for the 2040 Transportation Plan will at the same time.

The online open houses will be available from Aug. 24 to Sept. 4 as a way for the public to learn more about the plans and opportunities to provide input. 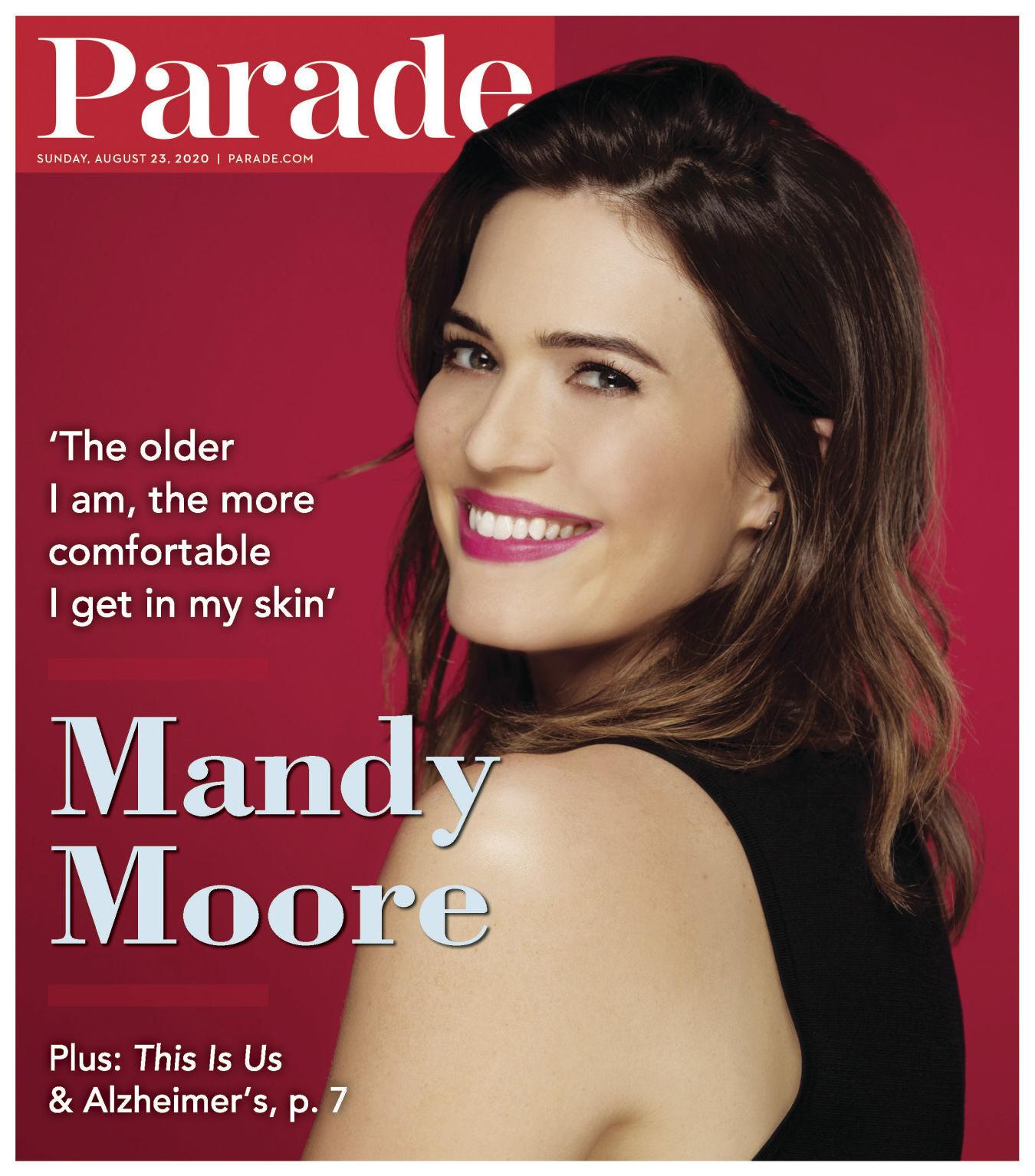 News
spotlight
Is Godfather’s really better when at the fair?
By ANNIE GRANLUND annie.granlund@apgsomn.com

Brad Price, owner of Godfather’s Pizza in Owatonna, believes that there is something to the rumor about how the same pizza made in the restaurant across the street from the Steele County Fairgrounds is just simply better at the fair. (Annie Granlund/People’s Press)

There are a few urban legends that call Steele County home, ranging from the water in Mineral Springs flowing with magic to paranormal activity at West Hills, but none may be more wildly believed than the rumor that Godfather’s Pizza is just simply better at the Steele County Free Fair.

Despite the Owatonna location for the pizza franchise being just across the street from the fairgrounds, it’s obvious that the rumor holds some kernel of truth as each year the three Godfather’s trucks scattered throughout the SCFF see a consistent line of hungry patrons. Brad Price, owner of the local franchise, has his suspicions as to how the rumor got started, but he is also the first to say it’s true.

“I eat a lot of pizza all year long,” Price said. “But even I cannot wait for that first slice of truck pizza.”

Price has been a franchisee for 40 years, first entering the Godfather’s family when he was still a teenager. In the 1980s, he had an idea for how to get the product out into the hands of more people.

“We never thought it would be part of our business model,” Price said as he described furbishing a trailer to be a mini Godfather’s-on-the-go. “We just wanted to provide our services to more people.”

The Godfather’s trailers are unique, as Price was determined to bring every element of the restaurant’s kitchen into the confined space. He said all its products are made fresh daily, with the dough being made and rolled out on site. Price also said they ensure that all their ingredients are fresh – whether it be sauce, cheese or pepperoni – just like it is at the store.

“It’s our same pizza,” Price said. “But for whatever reason it’s just better.”

Though all the ingredients are identical from the brick and mortar kitchen to the truck, Price said there is a singular difference in the pizza-making process at the fair that could be part of the enhanced flavor.

“We cook with propane gas here,” Price said. “It’s the same type of oven, but propane gets just a little hotter. It’s something you can’t get in a commercial setting. I don’t know what else it could be.”

While it is the logical reason behind the superior flavor of fair pizza, Price admits that he feels credit should be given to something else entirely: the magic of the fair.

Even though people have been able to get Godfather’s Pizza across the street, Price isn’t surprised to see vehicle after vehicle pull up to the pizza truck during the drive-thru Food Fest at the Steele County Fairgrounds on Friday. The three-day event has created an opportunity for vendors like Price to set up and serve the people of Steele County during what would typically be the week of the SCFF, an annual event that Price says he is extremely passionate about.

“These people are like my family,” Price said as he sang the praises of the other fair vendors, the fair staff and the fair board of directors. “This fair is as special to me as it is to the people who come every year. When we come in at midnight to set up, the board is out here waiting for us. They treat their vendors amazing, and all the other vendors would say the same.”

Price has been bringing Godfather’s Pizza to the SCFF since 1986, and has since been deemed the “Mayor of the Fair Vendors.” Though Price laughs about the title, he admits he takes a lot of pride in helping the other vendors as they come to the fair for the first time, as well as organizing donations from the vendors for the local 4-H auction.

“It is very important to me and I am very proud of the way we contribute to the 4-H,” Price said. “No 4-H would mean no fairs, so being able to be a part of giving to the 4-H here has been really important to us.”

Though Price remains humble about his mayoral status, Fair Manager Scott Kozelka is quick to say that Price is more than deserving of the title.

“Brad highlights everything it is about our vision of the fair and what it takes behind the scenes to make the fair happen,” Kozelka said. “He is not just a true friend of the fair, but he is a true friend in life.”

DRIV- THRU ONLY, NO WALK UPS