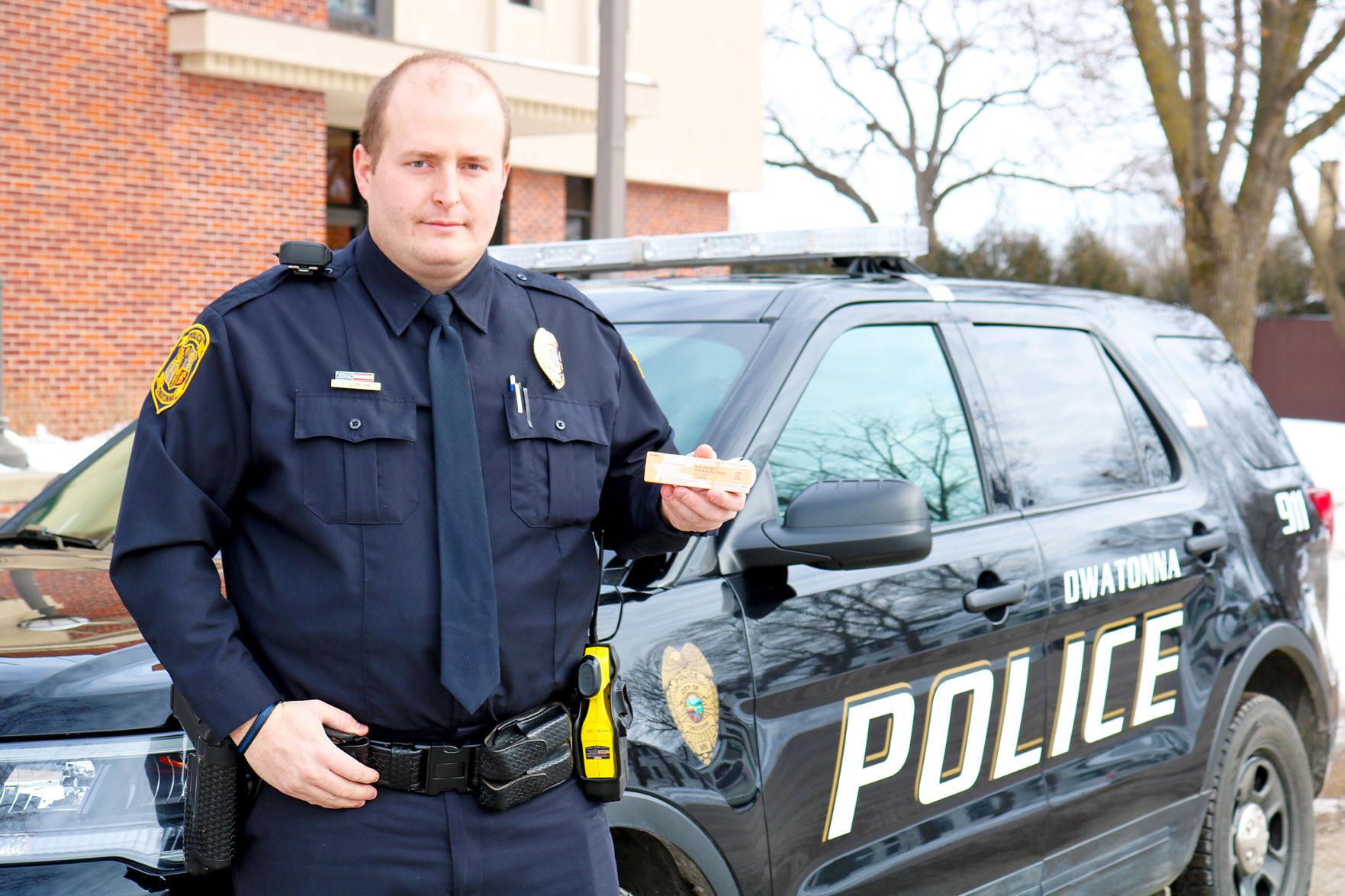 Owatonna Officer Derrik Quinlan recently used three doses of naloxone, the life-saving drug that reverses the effects of an opioid overdose, to save the life of a man struggling with addiction. As the opioid epidemic continues to rage on, Quinlan said he is concerned the problem is only going to get worse in local communities. (Annie Granlund/southerminn.com)

“He’s the first one to get here and the last one to leave.”

Forty-five years after Dapper stepped in as the business’s first employee, he was the “last to leave” for the final time Thursday, when he began his retirement.

“I’ve never dreaded coming to work,” Dapper said. “It’s been a great company to me and my family. I just had great people to work with. They take good care of their employees.”

A Faribault High School electronics class taught by Steve Temple played a role in Dapper’s decided career path. One of his most vivid memories of the class was one day being asked to fix the outlets under the table. He laughed as he remembered thinking, as a high school student, that electric work didn’t involve as much math as it does.

Dapper’s career as an electrician began after he graduated from Dunwoody College in Minneapolis in May 1974. He worked for a contractor in the Twin Cities as his first job out of college, and after being laid off, the timing was right for a new opportunity.

Back in Faribault, Valentyn launched Cedar Lake Electric in April 1975. Valentyn had worked for Dapper’s uncle, who put in the good word about his nephew. The job opening brought Dapper back to his hometown and opened the door for a pair of significant life changes.

July 12, 1975 has dual meaning for Dapper. He not only began his long term employment with Cedar Lake Electric on that day but also met his wife, Susie, at a wedding dance that evening.

Reflecting on years gone by within the business, Dapper remembers paying the bills in the kitchen instead of an office and working on projects before the advent of battery drills. Electric work has become easier with technological advancements, and wireless and LEDs (light-emitting diodes) have become the norm.

It was just Valentyn and Dapper working together in the business’ early years. Dapper wasn’t employed by Cedar Lake Electric every year since he started, but all together, he said he’s spent 37 years with the company. It was a big deal when the business acquired two vans and a trencher, and he noted another turning point was when Valentyn’s son, Jay, entered the scene in 1980.

“You couldn’t ask for a better company man and customer man,” said Jay Valentyn, now the company president. “Greg goes to bat for the company and the customer … He’s been a great mentor to all of his apprentices, including me. Greg made work fun.”

One of Jay Valentyn’s favorite stories about Dapper involves “van number 99,” the company vehicle that has the same number as Wayne Gretzky, a favorite hockey player of Dapper’s.

While inspecting the dividers in the van one day, Jay Valentyn noticed a picture of professional baseball player Mickey Mantle in the back of the vehicle. He realized Dapper had strategically placed the picture so he could see Mantle in the rear view mirror.

“He’s our No. 1 requested electrician, 10 times more than the next guy, and that’s not an opinion, that’s a fact,” Sevcik said.

Said Jay Valentyn: “We all are truly grateful for what Greg has taught us. I can’t say enough good things about Greg, and I know Jerry and Nate can’t either. We’re sad to see him go but hope he enjoys retirement.”

Dapper joked that he’s never been retired before, so he isn’t quite sure about his plans.

“I’d like to do things I’ve never done before,” he said.

Just three months after helping to secure investments in infrastructure and housing as part of a record bonding bill, an organization representing the interests of rural Minnesota cities is again calling on state legislators to focus on the essential needs of outstate communities.

At a Friday morning press conference, Coalition of Greater Cities Minnesota Executive Director Bradley Peterson and President Greg Zylka laid out the coalition’s support for maintaining or even increasing state aid to cities and investing in communities throughout the state. Even though the economic forecast released on Dec. 1 showed the state with a projected surplus of $641 million, legislators still face a deficit of about $1.3 billion over the upcoming biennium.

Zylka, the mayor of Little Falls, said he knows that legislators will be looking for places to cut the budget so they can spend in other areas to help Minnesota get back on its feet. However, he insisted that state aid is the wrong place to cut.

Just two years ago, CGMC convinced legislators to increase aid to levels not seen in nearly two decades. Zylka said that’s helped to enable municipalities to invest in their communities at a time of unprecedented economic need — but even that hasn’t been enough in some cases.

“The pandemic has taken a real toll on our economy,” he said. “Some segments are still struggling and that has a ripple effect on our communities.”

If the state were to cut the aid, Zylka said that municipalities would have no choice but to implement large tax increases on their residents in order to pay for essential city services like police and fire.

“Or residents are hurting enough right now,” he said. “Cutting (state aid) would be a huge setback.”

The priciest new item on the CGMC’s 2021 legislative priorities is $100 million for clean water infrastructure. Allocated through the Public Facilities Authority, those dollars would go to both existing and new facilities.

In addition to funding long needed and long awaited repairs, the CGMC is specifically calling for funds to help communities address excessive amounts of chloride in their water, and keep “forever” chemicals that don’t break down in the environment out of the state’s water supply as well. These substances are both dangerous and costly to address and can lead to cancers, thyroid disease and infertility for those with prolonged exposure.

“There are $11 billion dollars worth of needed wastewater and water infrastructure projects statewide,” Peterson said. “While some legislators have balked at another bonding bill, the truth is that the need is so great that the state can’t afford to not fund more projects this year.”

Austin is among the Minnesota cities which has been forced to make massive investments to upgrade an aging water treatment system. Still, City Administrator Craig Clark said that his community counts itself as relatively fortunate.

Austin’s comparatively large size has enabled it to spread out costs among ratepayers, and it’s received assistance from the state. This year, Austin will ask for another $13 million to help cover the project’s total cost, estimated at $78 million.

Water rates in Faribault are low compared to the rest of the region, but they’ve been increasing too. Phased in over a multi-year period, the increases will cover the cost of a new water treatment plant funded primarily by a $10 million low-interest loan from the state. Over the last several years, the city has increased its “base rate” by about 16% and its consumption rate by about 4%. About 75% of the water fund’s revenues are provided by the consumption rate and 25% from the base rate.

Owatonna will also make big investments in its wastewater infrastructure over the next few years. Construction on an expanded wastewater treatment facility is currently expected to take place in 2023, with costs in the $60 to $70 million range. At more than 30 years old, the current facility has enjoyed an unusually long shelf life. Eric Meester of Nero Engineering, who’s working with the city on the project, says that’s because the facility was built well and designed to be able to handle bigger loads than expected.

To meet its wastewater infrastructure needs, the city of Medford is hoping to hookup to Faribault’s treatment plant. Medford’s current wastewater treatment plant needs replacing, and the city has had difficulty keeping staff, who frequently leave for better-paying positions in larger cities.

At $6 million, the hookup proposal isn’t cheap, and Medford residents will be on the hook for higher wastewater treatment bills than Faribault customers. However, it’s the preferred option because estimates suggest that it’s significantly cheaper than the alternatives.

The project got a boost last fall from a report commissioner by the city of Faribault and conducted by the engineering firm Bolton & Menk. According to the report, the impact of the project on Faribault’s wastewater plant would be modest, allaying some concerns that the project could inhibit Faribault’s future growth potential.

Medford hasn’t made a formal request for state dollars, but is expected to soon. The city has kept state legislators abreast of plans for its wastewater treatment plant, with former Mayor Lois Nelson and former City Administrator Andy Welti briefing legislators on the topic when the Senate Capital Investment Committee visited Faribault late last year. The city is considering hooking into Faribault’s system, which it believe will save millions as compared to building a new plant.

In addition to addressing wastewater treatment needs, the CGMC is hoping to see $50 million in road investments. Of that amount, $25 million would be reserved for cities over 5,000 and $25 million for smaller towns.

To pay for those crucially important infrastructure needs, the CGMC is hoping to see legislators put together a modest bonding bill. Sen. John Jasinski, R-Faribault, said in a CGMC-hosted forum that he believes such a bill could happen.

According to Jasinski, several technical fixes will need to be made to last year’s bill, which was only passed after several failed attempts. In addition to those fixes, Jasinski said he could see a bill include some basic infrastructure projects as well, with a total price tag in the range of $200 to $300 million.

In addition to funding infrastructure needs, the coalition hopes legislators will continue to make investments in two areas of crucial importance to greater Minnesota communities — housing and childcare.

Peterson noted that as of last summer, there were 39,000 unfilled childcare slots in Minnesota. While more recent numbers haven’t been released, he believes those numbers have only risen as more people have re-entered the workforce.

To fill that need, CGMC is calling for the legislature to provide $20 million in funding for a program it created in last year’s bonding bill but didn’t fund. Known as the child care facilities capital assistance program, the program is focused on building the additional physical spaces needed for childcare.

Other measures include a request for $10 million in funding for the Minnesota Department of Employment and Economic Development’s child care grant program, and $4 million for the Minnesota Initiative Foundations to tackle regional childcare development. Finally, the CGMC is calling for an additional $10 million in funding to meet infrastructure needs related to housing developments and additional dollars to support housing trust funds. In addition, the CGMC wants regulatory changes to make the programs more Greater Minnesota friendly.

All of those items come with a substantial price tag, but Peterson insisted the state doesn’t have much choice. Without investments in housing and childcare, he warned the state’s COVID-induced recession could continue for some time.

“Economic recovery cannot happen unless families in greater Minnesota’s workforce have a place to live and someone to look after their children while they work,” Peterson said.

Owatonna Mayor Tom Kuntz praised the coalition’s agenda, saying it covers all of the issues most concerning city residents. Last year, the city spent some $56,000 lobbying legislators through the coalition — money he argues is well spent.

“The coalition has really done an outstanding job at representing cities in greater Minnesota,” he said. 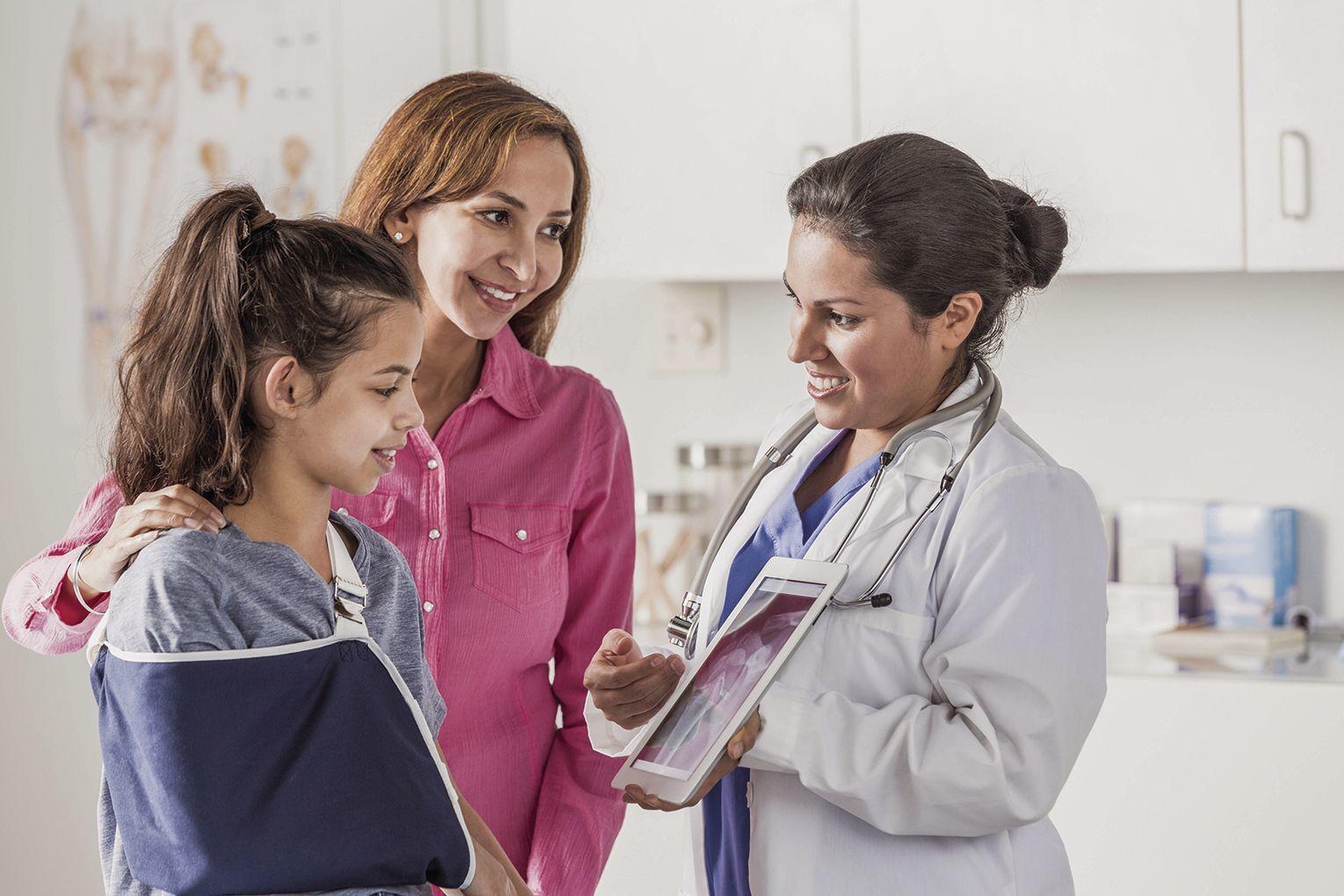