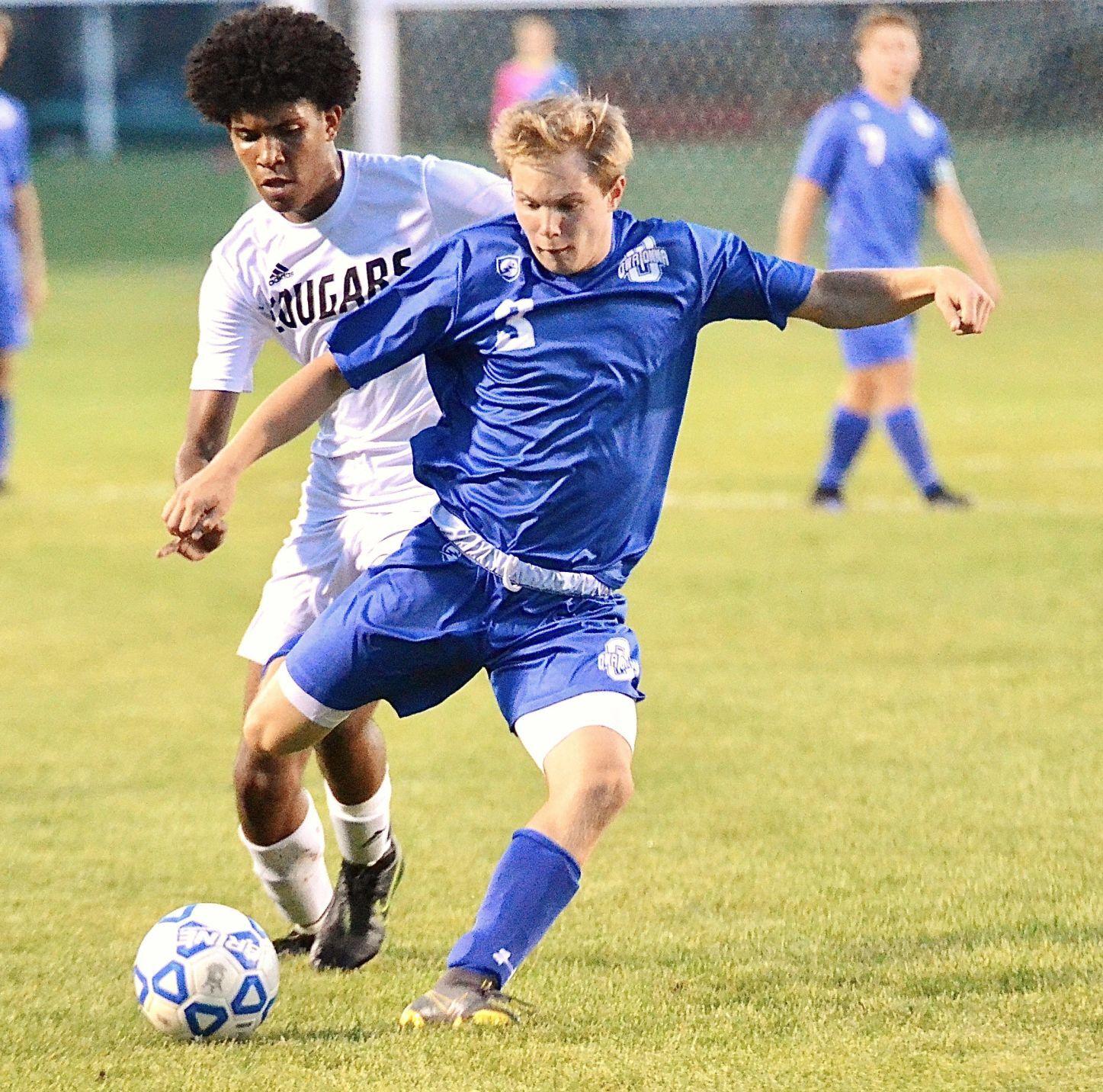 Determined to keep downtown Owatonna in the front of the minds of their customers, Lauren Kozelka of Kottke Jewelers, Lisa Cochran of Owatonna Show, Tanya Henson of Hat Chic Clothing Company and Nicole Winter of Urban Loft have banded together to bring Box Babes monthly boxes to those still wanting to shop local in the era of COVID-19. (Submitted photo)

The streets of downtown Owatonna are known to be a lot of things: vibrant, joyous, bustling. When COVID-19 quite literally sucked the life out of the area, four business women weren’t willing to sit back and do nothing about it.

“Downtown Owatonna is alive and well, and we wanted to get people back down here,” said Tanya Henson, owner of Hit Chic Clothing Company, noting that while stores have safely reopened for customers there is still a lack of normalcy in the downtown foot traffic. “I had this tentative, kind-of idea, and I wasn’t sure if it was maybe nothing. I was really unsure, but I knew three capable women who I’ve worked with on various downtown projects and I wanted to pass it by them.”

During a meeting of the minds between Henson, Kottke Jewelers Manager Lauren Kozelka, Owatonna Show Manager Lisa Cochran and Urban Loft Owner Nicole Winter, the women were able to quickly conceive of a plan to highlight their unique local businesses and get in front of their customers once again. All while packed in a neat little box.

“We were all trying to look for something new a different that would keep us busy and get the buzz back to downtown,” Cochran said. “We were able to find the best of both words.”

Officially launched in July, Box Babes has been arriving on the doorsteps of downtown Owatonna’s loyal shoppers since July. Following the popular subscription box model that has been a hot trend for a number of years, each Box Babes box features exclusive pieces from each of the four businesses represented by the four female partners. Offered online and in limited quantities, the four women said it’s been remarkable the way things have fallen in place.

“We thought getting items from vendors would be difficult, but it hasn’t been so far,” Winter said, noting that vendor availability has been one of the many obstacles retail businesses have dealt with in the face of COVID-19. Cochran said most vendors aren’t providing the quantities they have in the past, but it has worked in the favor of the Box Babes thus far.

“We are hoping that people will realize the quality in the products that they’re getting and that we don’t sell these items in our stores,” Cochran said. “Our goal is to always make it exclusive.”

The enticing nature of the boxes have been working, with Kozelka saying they sold out of their first month’s boxes in 14 hours. The Box Babes started with only 30 boxes and have slowly moved that number up each month, hoping to eventually get to 100 boxes “and beyond.” Henson said they have already laid out their themes for each box through the remainder of the year, and that perhaps they could eventually turn the boxes into a true subscription one day.

“Right now we are just testing the water,” Henson said. “We want to see what the breaking point it.”

Bringing people back into downtown shops was one of the main motivations for the birth of Box Babes, and according to the women it has been working. Cochran and Henson both said people have stopped into their stores inquiring about boxed products or what they could find that is similar, and Winter said more and more people have slowly been returning to her store.

“I just recently set out my fall merchandise and I have already sold through half of it,” Winter said. “People are remembering that we exist and we’re alive and well downtown.”

As an additional bonus, the women admitted that their collaboration has been a great way to celebrate the female business owners in Owatonna, noting that downtown businesses are predominately woman-owned.

“We have a strong representation of women business owners and business leaders in this town,” Cochran said. “It has been empowering to be a part of that.”

“We are the idea makers and the doers,” Henson added, praising the women in business. “We’re problem solvers and multitaskers, so why would we wait for someone else to do this first when we have what it takes to do it right here and right now.”

Box Babes will be selling in limited themed boxes each month featuring items from local downtown Owatonna businesses. Each box will contain and item from Hat Chic Clothing Company, Owatonna Shoe, Kottke Jewelers, and Urban Loft. Some boxes may have a bonus item from a neighboring business.

Boxes range in price and quantities each month.

Artist Brian Kuehn doesn’t often show his work, but residents will soon be able to find a number of his piece at the Owatonna Arts Center. (Photo courtesy of Brian Kuehn)

Planning is not something Brian Kuehn does when it comes to making art. Instead, he calls his process dialoguing.

“Dialoguing to me means what comes to mind when I look at what I have. All the while using curiosity to find balance, harmony and connections,” Kuehn wrote in his artist statement.

Kuehn exhibits his work in a new exhibition, appropriately titled “Balance, Harmony, Connection” at the Owatonna Arts Center gallery. The exhibition opens Sept. 8 and runs through Sept. 27. It will include a variety of mediums with many works incorporating mixed media, including modified wheel throws and hand sculpted clay pieces with other media embellishments attached.

Unlike some artists who meticulously plan and sketch out an idea before they start, Kuehn takes a more unique approach. Often he will begin a piece without any idea of what the end product will look like.

“It’s all about not having any preconceived ideas before I start,” Kuehn said. “Just working with putting something down and then falling back on my many years of experience to find harmony, to find balance and then connections with the lines, the shapes and the imagery.”

He begins his work by simply making a mark on the surface, putting a color on the page or forming a shape in the material, that is when the dialoging process begins.

“The minute you make a mark is when your brain starts to think,” he said. “I’ll argue with anybody that our brains aren’t that sophisticated to think of these images before you start, you have to learn how to allow it to happen, you have to let go of control.”

Maintaining an eye for balance, Kuehn continues to work, often asking himself questions such as, ‘does this piece work?’ and ‘do the images and materials feel right together?’ When they do, he knows to stop, the piece is finished. Finally, he connects the piece together by giving it a fitting title. This often forces him to think about things that he had not thought of prior to starting the piece. Kuehn draws inspiration from human beings and nature, adding the imagery in both subtle and pronounced ways.

Kuehn has been doing art for as long as he can remember and turned his passion for art into a career as an art teacher at Owatonna High School. He has been exploring dialoguing and avoiding preconceived ideas in his artwork for the past 10 years.

“I think when you make art and you make a lot of art, you’re really learning about yourself,” Kuehn said. “I suppose people who write books and journal in that way or play music they kind of eventually gravitate to a narrative that they are connected to.”

Many of his works in the exhibition are pieces made at the high school in the last four or five years, often in the presence of his students. After presenting an assignment to his class, he works on the side, teaching his students how he approaches his work and encourages dialogue with his students.

Kuehn says he will have some works for sale at the show, but notes he does art for the enjoyment of creating and not for the money. Proceeds from the sales will go to the arts center and to the food shelf, according to Kuehn. 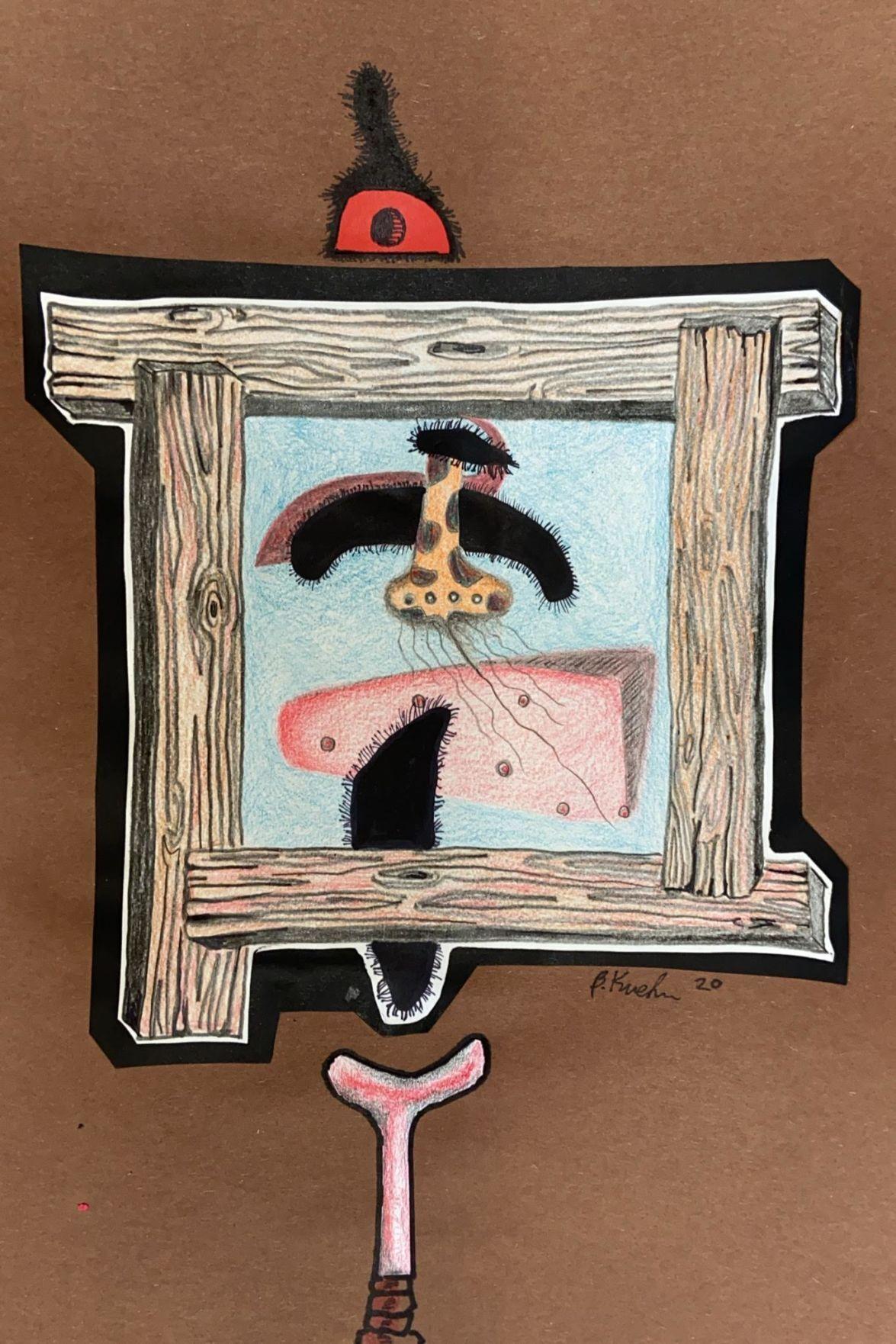 An Owatonna man with a warrant for his arrest was charged last week in Blue Earth County after being arrested in Waseca County following an Aug. 14 police chase.

Joshua Douglas Watkins, 34, is being charged with fleeing a peace officer in a motor vehicle and two counts for fifth-degree drug possession in relation to the incident. All three are felonies. He is also facing a misdemeanor charge for driving with a suspended license.

According to the criminal complaint, the Eagle Lake Police Department was responding to a report of suspicious activity off Hwy. 83 in Blue Earth County. The officer arrived to find four people walking around in the ditch, claiming to be looking for a cell phone. After the officer ran the names of the individuals through dispatch, he was told that Watkins he was wanted in Rice County. According to the report, Watkins took off running toward a vehicle, got in and drove from the scene after the officer mentioned the arrest warrant.

The Eagle Lake officer and a Blue Earth County Sheriff’s Office deputy pursued Watkins for several miles before crossing into Waseca County. Officers tried several methods to try to end the chase, including twice laying down stop sticks. The pursuit came to an end when Watkins drove into a bean field. He was taken into custody.

Watkins’ warrant in Rice County is for fleeing a peace officer in a motor vehicle March 20. According to the criminal complaint, Watkins allegedly drove off during a routine traffic stop in Northfield and led officers on a high-speed pursuit that last more than 4 miles. It ended when Watkins turned into a farm field and shut off the vehicle’s lights. By the time officers reached the vehicle, it was unoccupied. Witness told investigators that Watkins and a woman with a felony warrant in Nicollet County had been the vehicle’s occupants.

Watkins also has a prior felony conviction for fleeing a peace officer in a motor vehicle and a prior fifth-degree controlled substance conviction, both in Steele County.