Since returning to in-person meetings, the Owatonna City Council has largely elected not to wear face masks during their regular meetings. Though the current executive order mandates that people wear masks in all indoor businesses and indoor public spaces, government meetings is one of the exceptions. (Annie Granlund/People’s Press)

It has been three weeks since Executive Order 20-81 was put in place, mandating that face coverings be worn in all indoor businesses and public indoor spaces to prevent the spread of COVID-19. However, when the Steele County commissioners meet every other Tuesday, their faces remain mask-less.

While this has been a surprising for some, Steele County Attorney Dan McIntosh said that the Steele County Board of Commissioners, as well as other participants in the bimonthly meetings, is in compliance with the governor’s mandate.

“A lot of effort has been taken into making sure there is enough spacing and stuff like that so that meetings could be held appropriately,” McIntosh said, noting that the social distancing guidelines of 6 feet between individuals is being strictly adhered to at the commissioner meetings. “There are some grey areas in the executive order, but I think the way [the commissioners] are doing it is in compliance.”

As laid out in the executive order, circumstances where mandatory face coverings may be temporarily removed include those who are actively testifying or speaking at governmental meetings subject to the Open Meeting Law. McIntosh said that while this verbiage allows those participating in the meeting to go without masks, anyone attending the meeting but not participating in the discussion aren’t covered by the exemption.

According to the Minnesota Department of Health, the virus which causes COVID-19 is thought to be spread by respiratory droplets released when people talk, cough or sneeze. Health officials say many people with COVID-19 do not show any symptoms but can still spread the virus to others, especially those who have had prolonged close contact with another person. Additionally, people can be contagious before they show symptoms of COVID-19, and MDH officials say wearing a face covering is one of the best ways to help protect people by limiting the spread of respiratory droplets, specifically in situations where social distancing is hard to maintain.

The commissioners are not alone in their choice to not wear masks during their meetings. On the opposite Tuesdays, the much larger Owatonna City Council gathers in the much larger council chambers at West Hills for its regular meetings, opting out of wearing face coverings and prioritizing social distancing.

“I feel very safe in the council chambers,” said Mayor Tom Kuntz, who can always be seen in public wearing a mask, but occasional elects to remove it during council meetings. “When you’re together a lot of the time like we are, I think it’s a little bit easier to trust that you’re all making good choices compared to if you go to a wedding that has 40 random people at it and who knows what they have been up to.”

Kuntz said that city staff put in a lot of time and effort to ensure that every council member, staff member and audience member are safely separated during each meetings. One of the lengths that the city has gone to in order to meet appropriate social distancing guidelines is bringing in additional tables placed in the back of the chambers for staff and some council members to sit.

The Centers for Disease Control and Prevention recommends at least a 6-foot gap between individuals, while the World Health Organization earlier this year recommended only half that distance, but the novel coronavirus continues to leave questions up in the air on what exactly is the “safe” distance. One study published in the New England Journal of Medicine suggested that COVID-19 can live in the air as long as three hours if conditions are right, while another study that appeared in the Journal of the American Medical Association in late March found that respiratory droplets produced when someone coughs or sneezes can travel up to 27 feet.

Kuntz said that there hasn’t been a lot of discussion amongst the council as to whether they should considering wearing masks during the meetings, but feels they are doing a good job in giving everyone in the council chambers ample social distance. Most importantly to him, however, is the fact that they can all meet together again after months of partially virtual meetings.

“I think that the whole virtual process is maybe going to be considered helpful going into the future, not just for government but for business and schools,” Kuntz said. “It does need to be enhanced and worked upon, but there is a place for it as well as a place where you have to have everyone together to try to run an organization.”

Perhaps the biggest hassle Kuntz said the council ran into during its virtual meetings was the roll call vote that had to be placed for every motion versus a majority vote that could be taken in person. Kuntz said being in person also allows for better overall communication, let alone assuring that everyone is clearly heard and not disconnected.

Aside from the meetings, however, Kuntz said he takes his role as mayor very seriously in the sense of setting a good example to encourage Owatonna to mask up and keep one another safe.

“If the mayor isn’t setting an example, who is?” Kuntz said. “My wife and I are on the same page and we wear a mask everywhere we go — not only for own protection, but for your protection, too.”

c. When testifying, speaking, or performing in an indoor business or public indoor space, in situations or settings such as theaters, news conferences, legal proceedings, governmental meetings subject to the Open Meeting Law (Minnesota Statutes 2019, Chapter 13D), presentations, or lectures, provided that social distancing is always maintained. Face shields should be considered as an alternative in these situations.

While there are many situations where it feels the executive order mandate face masks is nothing more than a "grey area," Steele County Attorney Dan McIntosh said he believes it is written much more black and white than people realize.

"The problem is there are so many circumstances out there that it's impossible to cover everything," McIntosh said.

The LearningRx Owatonna center has recently received certification from the International Board of Credentialing and Continuing Education Standards (IBCCES) after its staff completed specialized training programs and certifications related to ADHD, anxiety, autism and dyslexia.

Staff at the local center has gone through 14 or more hours of evidence-based training offered through the IBCCES. This included training on brain research and behavior. A minimum of 80% of the center’s staff had to be board certified in order for the center to earn the Board Certified Cognitive Center distinction, according to LearningRx Owatonna Executive Director Darci Stanford.

“This is kind of a new certification that is out and so it was a goal,” Stanford said, owner of the local center. Certification opens the center up to more clients and potentially gives more opportunities for prospective clients when it comes to their insurance coverage. The certification boosts to the center, because it recognizes the staff’s quality work in the cognitive training field.

The center has been working on getting certified for the past six months. Not many other centers have reached this status, according to Sanford. The centers that have reached certifications that she is aware of are located in much bigger cities.

“At LearningRx Owatonna, our programs are like fitness routines for the mind that enable our clients to experience immeasurable benefits. We are proud to be backed by a name that has dedicated over 35 years of research, testing, and development to ensure optimum results,” Stanford said in a recent news release.

LearningRx programs are available in more than 60 locations in the United States and in 45 countries around the world, where it is known as BrainRx. The training is meant to help clients think faster, learn easier and improve their cognitive skills overall. They also offer online training through videoconferencing.

“IBCCES’ Board Certified Cognitive Center program is a wonderful addition to the Owatonna team’s existing knowledge, allowing them to continue to have a positive impact on the community,” IBCCES Board Chairman Myron Pincomb said according to the release.

On June 22, Owatonna Officer Anne Peterson observed a vehicle at 6:12 a.m. driven by a woman later identified as Perkins. A query of the plate showed that the vehicle had been reported stolen, and Peterson initiated a traffic stop on Crane Creek Road. According to court records, Peterson had to tell Perkins to step out of the vehicle multiple times before she complied. Once detained, records show that Perkins told the officer that she borrowed the car from a friend.

Peterson reported that Perkins appeared to be in medical distress and would not respond to the officer’s questions. According to the complaint, Peterson gave Perkins several sternum rubs and that she would open her eyes for a couple seconds before closing them again. Peterson, who believed Perkins was overdosing on an illegal substance, call for an ambulance. Perkins was transported to Owatonna Hospital and was unable to be arrested at that time.

Officers who searched the vehicle reportedly discovered syringes, glass pipes and other drug paraphernalia. They also located a license plate that was registered to another vehicle and a small plastic container with .0.2 grams of a black wax-like substance believed to be black tar heroin, according to reports.

An Owatonna officer responded to a report of a motor vehicle theft from the Owatonna Public Library. The caller told officers that she saw a woman running after a truck and screaming to call 911. The truck allegedly pulled over at the top of the hill by the old Washington School, the child got out and the truck took off again.

The Owatonna police obtained video surveillance from the Owatonna Public Library, which showed a female walk across the street from the Post Office and get into the truck before driving away. The female in the video was later identified as Perkins, according to court records. A warrant was issued for Perkins July 1. she was taken into custody July 7.

Judge Karen Duncan is presiding over both case files and set bail without conditions at $50,000 on July 15. Following a hearing on Aug. 7, bail was set at the same amount.

Perkins’ next court appearance is on Nov. 1 for a settlement conference. On Thursday evening, Perkins was still in the Steele County Detention Center where she’s been since her arrest.

Several of those charges are in relation to an alleged April break-in in Claremont. During the related arrest, Perkins reportedly became unresponsive due to an apparent drug overdose. Dodge County deputies provided medical care and administered the anti-narcotic, Narcan, until medical staff arrived to assist Perkins further.

Perkins has long criminal history dating back to 2014. She has been convicted of multiple drug felonies in Waseca, Steele, Yellow Medicine, Renville and Scott counties. 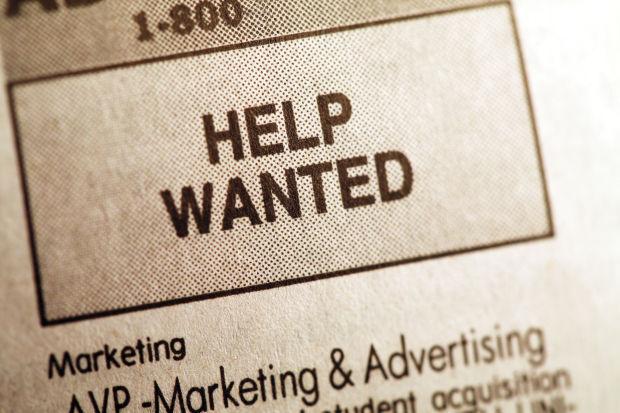 Make sure your resume includes keywords from the job description. (Metro Creative Image)