Rotary District Governor Kenny Klooser presents the 2021 Paul Harris/Vern White — “Service Above Self” Award to Susanne Schroeder on Monday. Schroeder was given the award from the Owatonna Noon Rotary Club. (Emily Kahnke/southerminn.com)

The Owatonna noon chapter of the Rotary International Club honored a non-member Monday who has exemplified the motto of “service above self” and whole-heartedly fulfills the characteristics of Rotary’s Four Way Test.

Owatonna’s Susanne Schroeder was chosen as this year’s recipient of the Paul Harris/Vern White Service Above Self Award.

Schroeder was nominated by Dr. Beth Gilthvedt. Although she was unable to be present to speak, Deb Maurer spoke on her behalf. Both women have known Schroeder for more than 20 years and agreed that Schroeder was more than deserving of this honor.

“When I first heard the call for the Vern White and Paul Harris fellowship award nominations for a non-rotarian who embodies our four way test and models service above self, I immediately thought of my friend Sue Schroeder,” Gilthvedt wrote.

She went on to say that Schroeder has been an active advocate for children and families in the Owatonna community. This year’s theme for the award is “serve to change lives.” Gilthvedt wrote that Schroeder is dedicated to serving and improving the lives of all and equity is her “guiding principle” to welcoming newcomers to Owatonna.

Schroeder was born in Giessen, Germany, and immigrated to Watertown, South Dakota, with her mother when she was quite young. She became a citizen of the United States when she was 11 years old.

After graduating high school, Schroeder attended college and received a Bachelor’s degree in social work. She went on to receive a Master’s from the University of St. Thomas in 1997. Her focus for many years was in child protection. She moved to Owatonna with her husband, David, in 1987.

Stability, safety, employment and affordable housing is what attracted Schroeder to Owatonna. Her and her husband were in search of a place to grow roots, and they did. The couple raised four children here and Schroeder has worked in several of the schools in the district as a social worker. She currently is a social worker for the Owatonna Middle School.

When Schroeder was first alerted that she would be the recipient of the award she joked that she was curious of the criteria and wondered, “Why me?”

“Receiving recognition in such a public way is quite challenging for me as it goes against the humility I was raised with, and the nature in which most of my work is done,” Schroeder said. “As much as working behind the scenes suits me best, I realized it’s important to shine a light on professions like social work.”

She went on to compare the four way test to the six core values of a social worker and realized how much the values were inline with each other.

“How lucky am I to have found a profession that aligns with my values,” she said.

Schroeder went on to speak of her experiences as an immigrant and how at times, she felt her and her family weren’t accepted and differences in culture were not tolerated. She had an early interest in social studies and the different cultures of people around the world, which was solidified when she and her mother visited their family in Germany.

She began volunteering for the Cultural Diversity Network stating that she wanted to make others feel just as at home in Owatonna as she felt. She said she never wanted anyone to feel bad because of their differences.

For 20 years, Schroeder was part of the planning committee for CulturFest. She reflected on fond memories of being able to provide a diverse celebration for all to feel that their culture is of value.

“I feel so honored and grateful to have received this award from the Rotary Club of Owatonna,” Schroeder said. “It has been a blessing to work in a career where I look forward to the challenges of each day. Supporting students to find the best in themselves and assisting families to provide for their children has been a very rewarding aspect of my career’s work.” 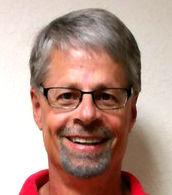 One of Steele County’s most trusted voices on COVID-19 and other health-related issues is about to begin a new chapter of her career. 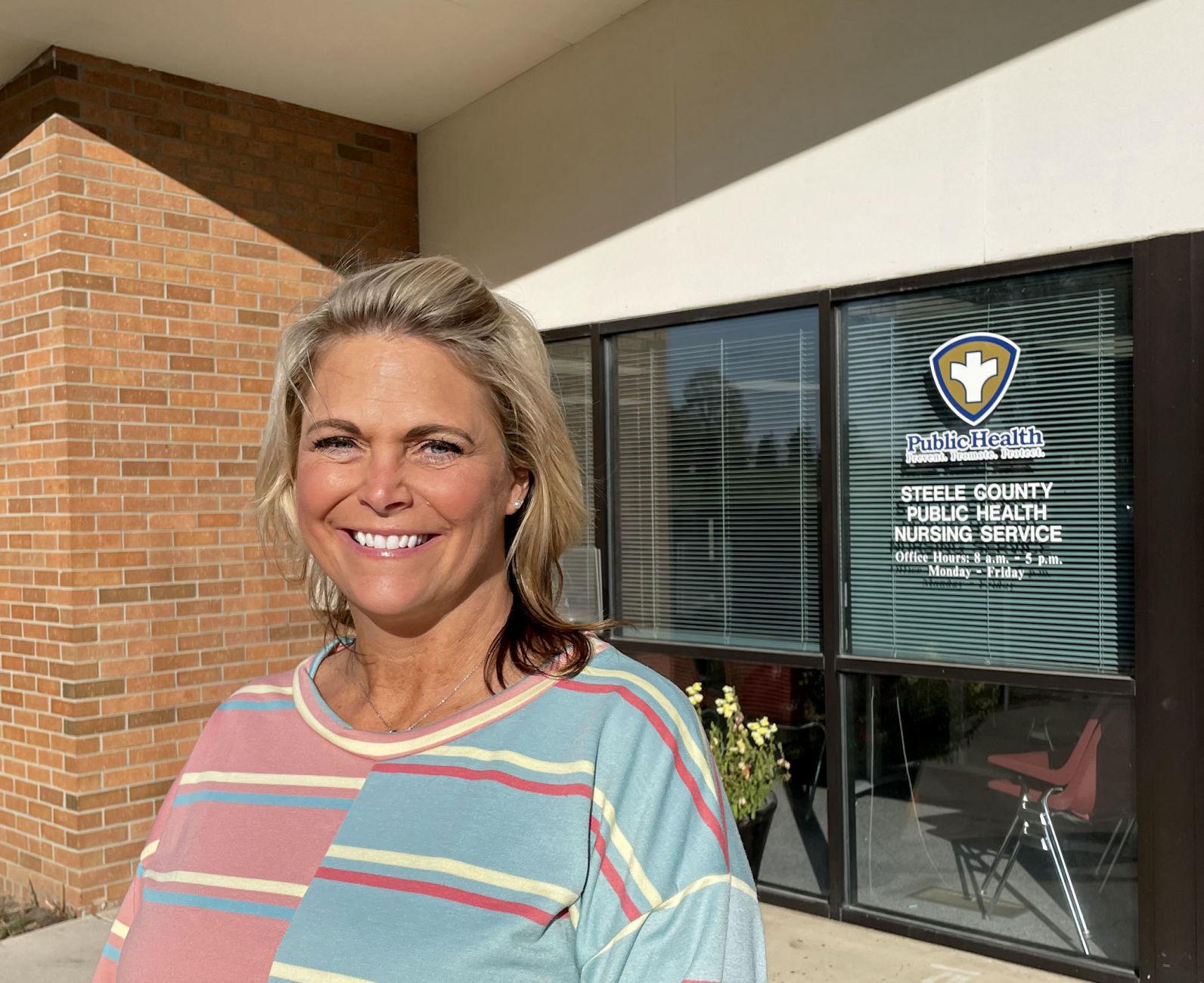 Amy Caron recently resigned as public health director for Steele and Dodge counties. Her next role will be as clinical improvement and quality manager for Planned Parenthood North Central States. (Julian Hast/southernminn.com)

Amy Caron, director of public health for Steele and Dodge counties, will have her last day of work on Thursday. She will then begin her new role as clinical improvement and quality manager for Planned Parenthood North Central States, serving the five-state area that includes Minnesota, Iowa, North Dakota, South Dakota and Nebraska.

“I really wasn’t out there searching,” Caron said about the transition. “I just felt like it was maybe time for a little change.”

With a degree in community health education, Caron began her career in earnest as the first public health educator for Countryside Public Health in west Minnesota. She also worked for nonprofits and the state of Minnesota, including work trying to enhance highway safety for Minnesota Toward Zero Deaths.

Caron’s career took a turn when her son was diagnosed with asthma. Touched by the experience and eager to learn more about the condition, she began asthma work for the American Lung Association. That ended when her work for Toward Zero Deaths turned into a permanent position in the public safety department of the Minnesota Department of Transportation (MnDOT).

No end in sight

Out of all that time, Caron said, the most difficult thing she’s had to deal with has been COVID-19.

“It involves putting in lots of extra hours,” she said, adding that her hands-on management style propels her to do lots of on-the-ground work herself, rather than delegating tasks to those under her. That included getting involved with the county’s vaccine drive-thru clinics, delivering food, medication and cleaning supplies, and more.

Caron recalled her Christmas Eve, when just as her family was getting ready to open presents, she had to take an hour-long phone call regarding somebody who desperately needed prescription medication. Caron counted herself lucky that she could wait until morning — Christmas morning — to carry out the delivery.

“In a normal time you can usually leave your work at work, but with [COVID-19] it’s not the case,” Caron said. “Other healthcare workers are struggling too. You just never get that break.”

The stress of managing the pandemic was a significant part of her decision to leave the position, she said.

“It’s not like one traumatic event,” she explained. “It’s just been a long period of time and we don’t have any end date. What’s the endgame here?”

“What comes to mind for me is the dedication, the commitment and the perseverance — as well as her positive attitude — that Amy has had throughout this whole long, drawn out pandemic,” Golberg said. “She did it, and she did it all with a smile on her face.”

Though her position will be changing, Caron emphasized her belief in the importance of being a public servant as her career takes her down different paths.

“That’s really where my heart lies,” she said. “I’m there to serve people.”

Since Caron is not moving out of the area, she added that she would consider doing some volunteer work with the community health board in the future, especially if the pandemic stretches on much longer.

As of Nov. 5, her successor as public health director has not been named.

For more information on burnout among healthcare workers in the age of COVID-19, visit pubmed.ncbi.nlm.nih.gov/34041456/.

According to the first criminal complaint, on May 10, 2019, an agent with the South Central Drug Investigation Unit (SCDIU) within the Owatonna Police Department was notified by a confidential reliable informant (CRI) that they could purchase methamphetamine from Buentello. The CRI reportedly said they had been negotiating the drug deal on the phone with Buentello and had agreed to purchase 12 grams of meth for $400 at Buentello’s home in Owatonna.

The CRI was given documented buy funds, a covert video recording device and audio transmitter, according to the report. An undercover agent allegedly maintained visual contact with the CRI throughout the operation, observing the CRI getting in a vehicle with Buentello and returning with a bad containing a crystalline substance.

The substance the CRI obtained from Buentello weighed 13.05 grams and tested positive for meth.

Buentello was previously convicted of felony first-degree drug possession in 2013 and felony third-degree drug sale in 2006, both in Mower County.

His first court appearance is scheduled for Jan. 13.

In the second criminal complaint, on Dec. 4, 2019, a SCDIU agent within the Owatonna Police Department was notified by a CRI that they could purchase heroin from Rezac in Owatonna. The CRI reportedly provided text messaged between them and Rezac about purchasing heroin on East Pearl Street.

The CRI was given documented buy funds and an audio transmitter, according to the report. Agents reportedly maintain visual contact with the CRI as they walked to the location and had a conversation with Rezac. The CRI returned with a small bag that weight 0.08 grams and tested positive for heroin, according to court documents. The CRI allegedly stated they were charged $40 for the heroin.

Rezac does not have prior drug convictions in the state of Minnesota. Her first court appearance is scheduled for Dec. 30.