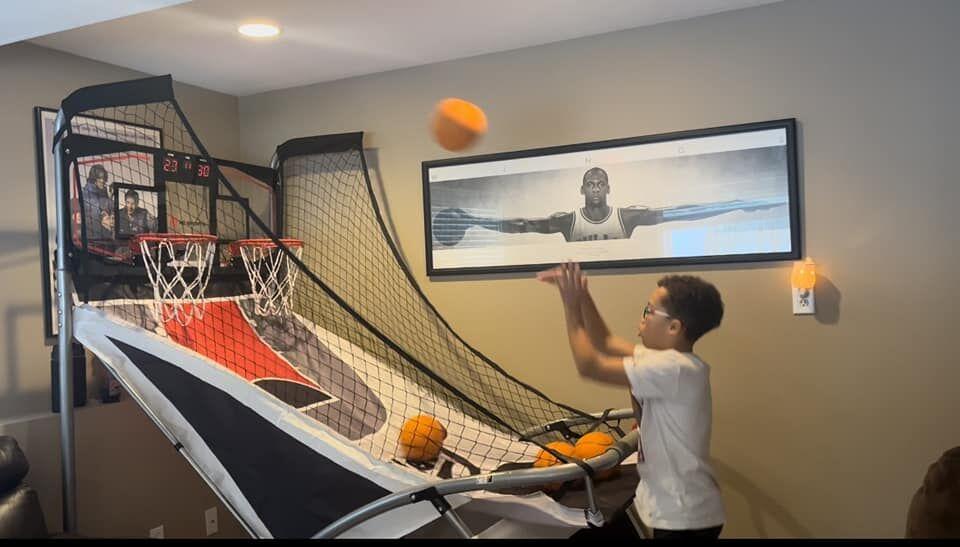 It was the start of a new year, and despite having felt ill for the past week, 22-year-old Aaron Quast was ready for a new beginning.

He had put off enrolling in cosmetology school after he graduated from Owatonna High School in 2019 to save up money working, only to lose his job during the COVID-19 pandemic. Not long after, Quast’s step-dad died after a battle with cancer.

But he didn’t give up hope, leaning into his passion for art and doing some light commission work on the side. Quast was certain the new year would bring new energy and new adventures.

Little did he know that only three days into 2023, that idea of a fresh start would — quite literally — go up in flames. 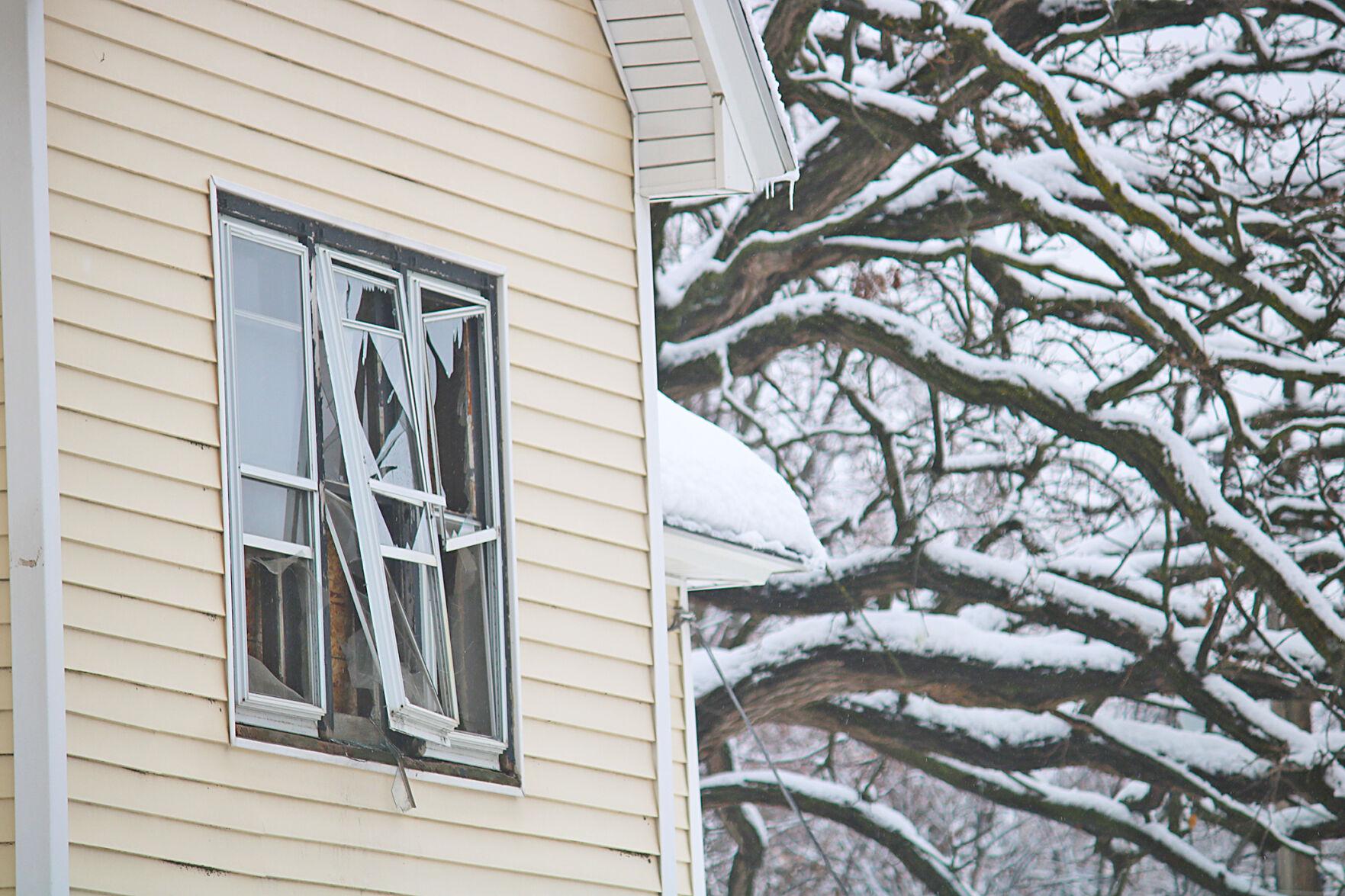 A fire at 246 Phelps Street left a young married couple without a home Tuesday morning. The cause of the fire is currently under investigation with the State Fire Marshal, but the point of origin was determined to be behind the refrigerator in the kitchen. (Annie Harman/southernminn.com)

Shortly after 8 a.m. Tuesday, Quast woke up in his Owatonna apartment and ventured to the kitchen for a glass of water. What he found in the kitchen was alarming.

“I saw fire,” Quast said. “It looked like it was coming up from behind the stove.”

Without taking the time to grab a jacket or even slip on a pair of shoes, Quast ran out his apartment to alert the downstairs neighbor, Sue Eide, of the situation.

“I thought I had smelled something walking out of the bathroom, but before I could think much of it Aaron was pounding on my door,” said Eide, who is also the owner of the house on 246 Phelps Street and Quast’s landlord. “We were both still in our pajamas, but we got out.” 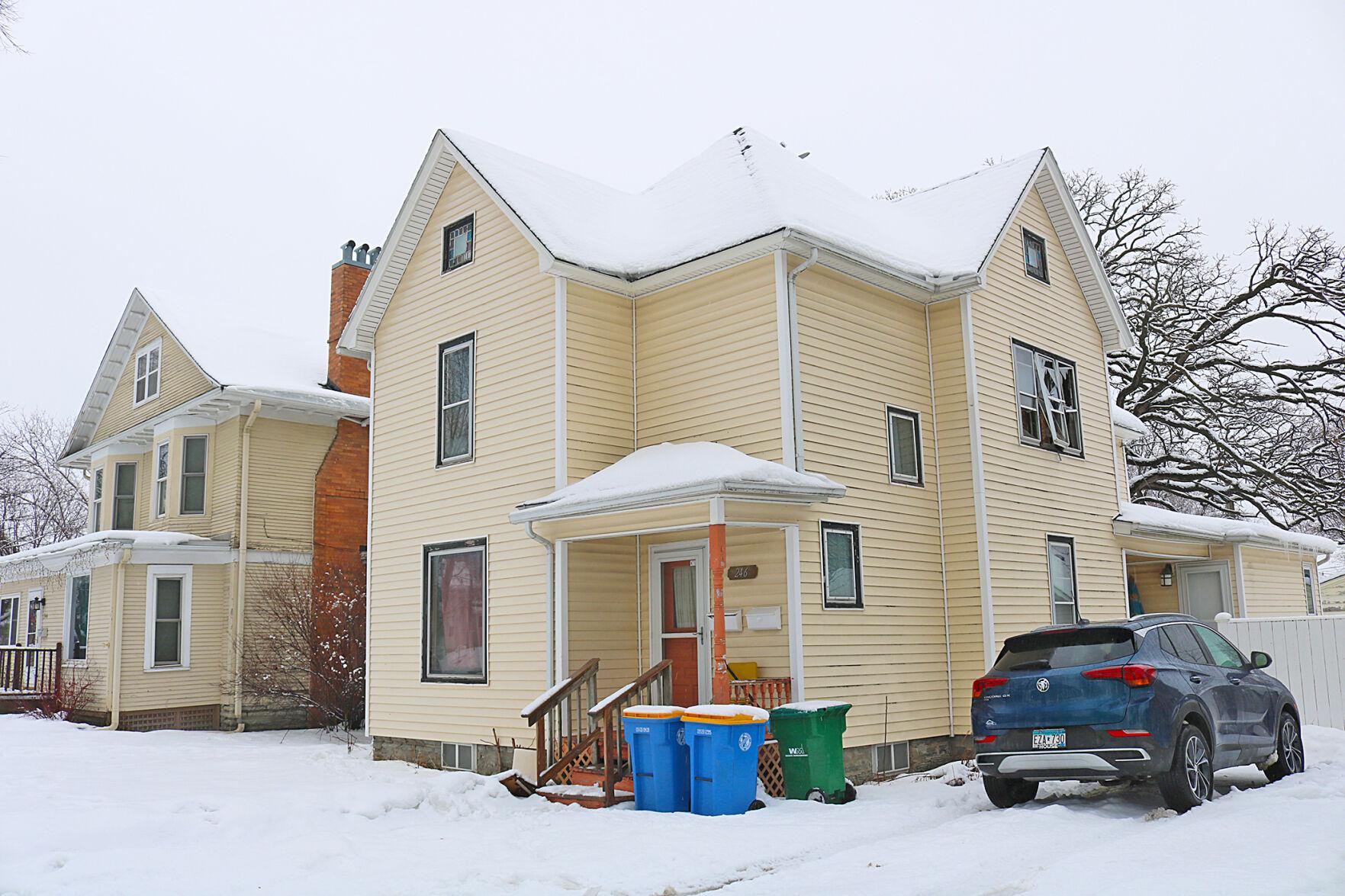 Shortly after 8 a.m. Tuesday, the upstairs tenant at 246 Phelps Street in Owatonna discovered a fire in his kitchen. All residents were safely evacuated, but two cats died in the fire. (Annie Harman/southernminn.com)

Standing in the snow without much to keep them warm, Quast, Eide, Eide’s daughter and her two dogs waited for the fire department to respond. Quast made the call at 8:11, and according to Owatonna Fire Chief Ed Hoffman, the fire was successfully extinguished by 8:30.

“It’s under investigation with the State Fire Marshal, but we located the area the fire started as being behind the fridge,” Hoffman said, adding they cannot at this time declare if the fire was started from an electrical issue or otherwise.

Though there were no physical injuries to any of the tenants or firefighters that day, there was still a deep loss.

“I tried to get my cats out,” Quast said. “I left the door open for them, and I was calling for them. I heard them meowing a little … but then it stopped.” 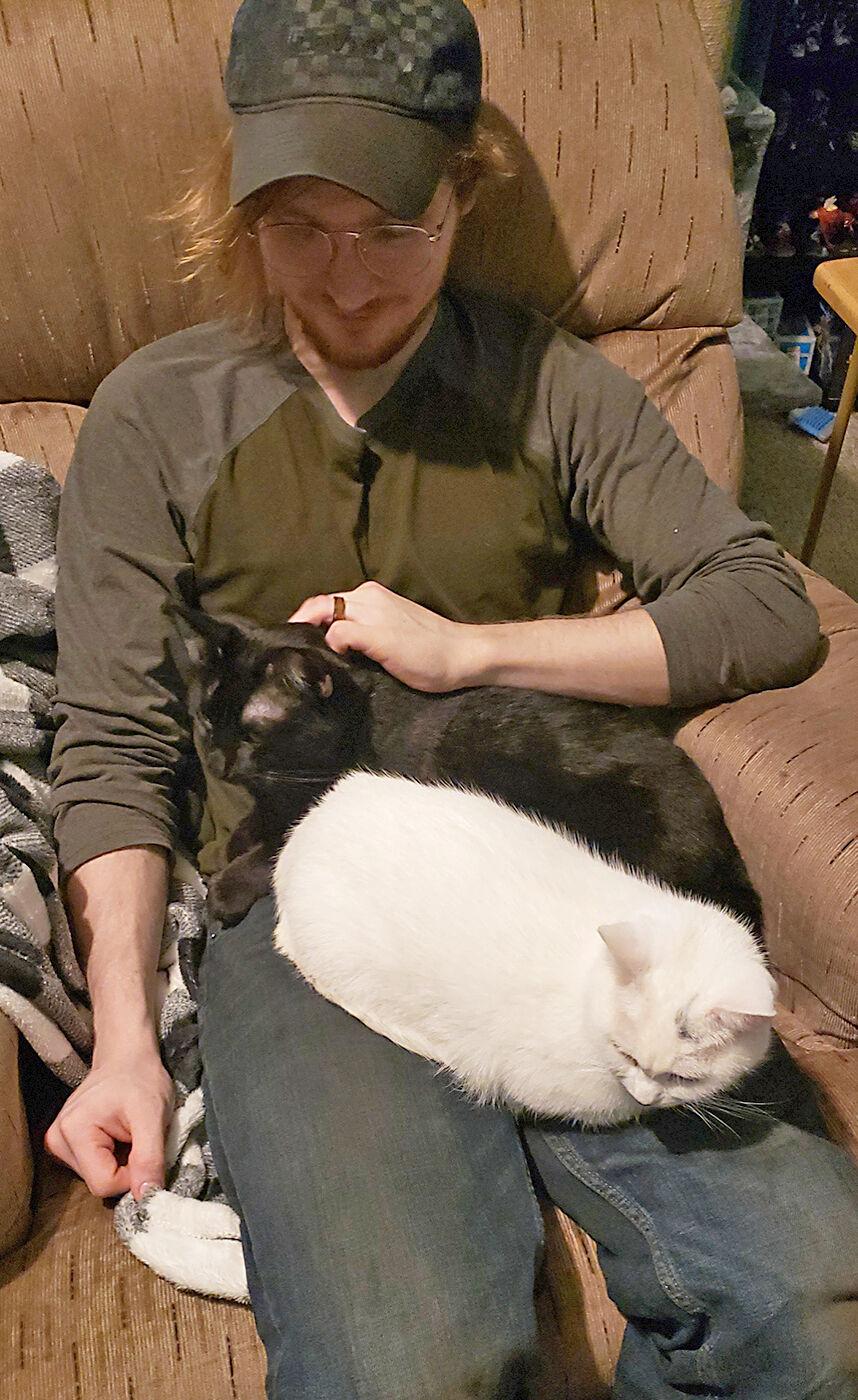 Tristan Nelson cuddles with the two cats he shares with his husband, Aaron Quast. Cats Onyx and Sweet Pea both died in a fire incident that happened Tuesday morning. (Photo courtesy of Aaron Quast)

Quast’s two cats, Onyx and Sweet Pea, died in the fire, leaving a hole in the hearts of both him and his husband, 21-year-old Tristan Nelson.

“That’s been the hardest part of everything,” Quast said quietly. “I can buy new clothes and get everything else replaced … Trying to sleep last night was really difficult.”

Though losing the two beloved pets have been crushing for the young couple, it wasn’t the only thing they lost that morning. 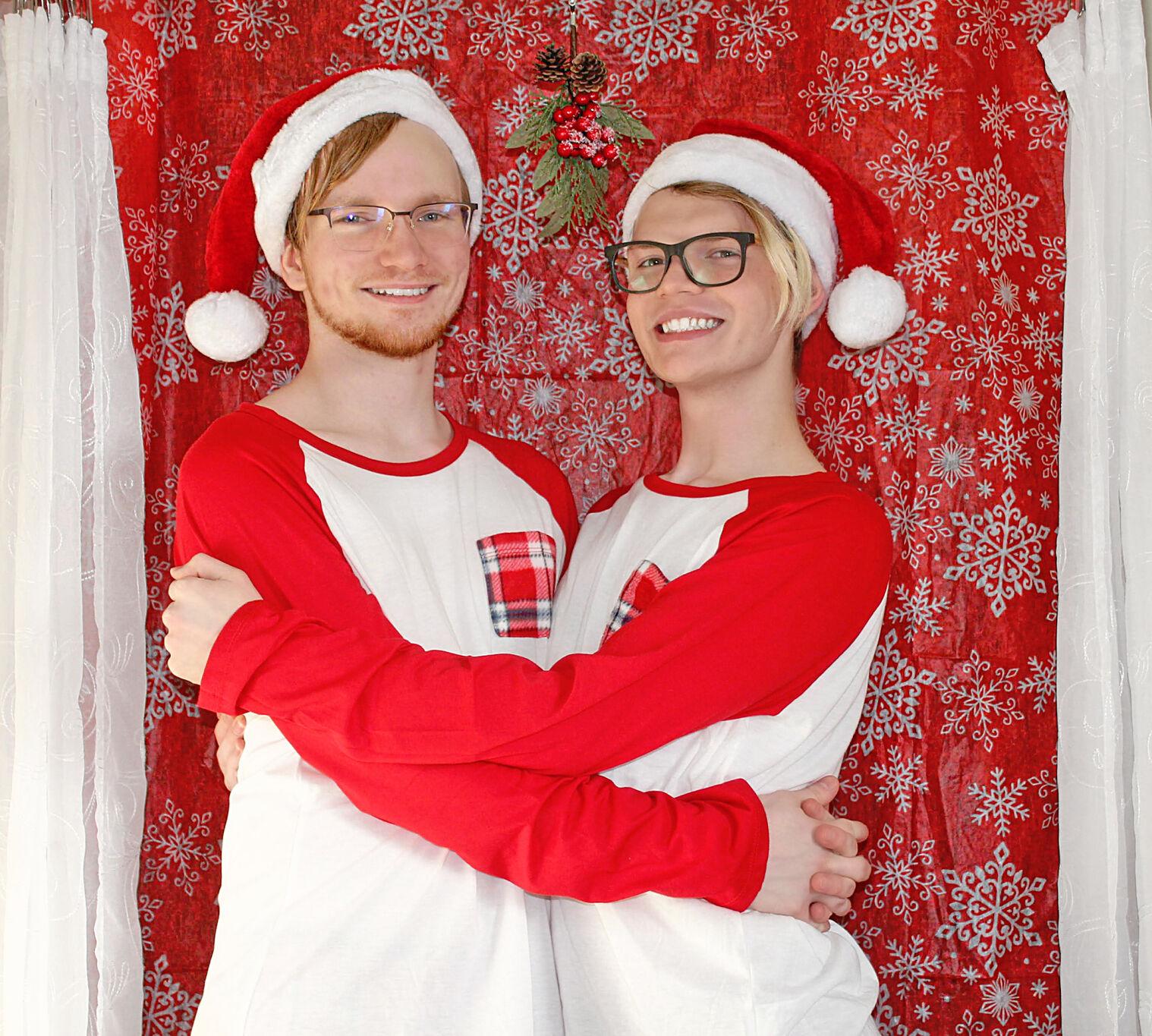 Aaron Quast (right) and his husband Tristan Nelson are currently staying at a friend’s house after a fire in their apartment destroyed all their belongings and left them without a home. The couple also lost their two cats in the event. (Photo courtesy of Aaron Quast)

“They don’t have anything now,” said Eide, comments on how wonderful the two young men have been as tenants and neighbors. “All they have now is literally the clothes they had on their backs.”

Currently staying at a friend’s house, Quast said they were fortunate to have the support of the local Salvation Army, who immediately stepped in to provide them both with clean clothes and other immediate necessities.

“I am so glad we have these kinds of organizations that help with emergencies,” Quast said, noting he has had multiple family members volunteer with the Salvation Army over the years. “It has definitely helped, and it’s nice to see how the community can come together and help with any situation.”

Quast said the fire marshal informed them that all their belongings were a total loss, largely because of the smoke damage.

Grateful the first residential fire incident did not result in the loss of human life, Hoffman said there is an important lesson to learn from Tuesday’s incident. While Quast was fortunate enough to have happened on the fire and was able to alert Eide, that is not always the case.

“Have working smoke detectors and check the batteries often,” Hoffman said. “They can save lives. No — they will save lives.”

Still processing the loss, Quast said he and his husband will eventually have to rebuild everything. For now, they are hoping to find a place to live in the near future.

A GoFundMe has been started to help Aaron Quast and Tristan Nelson. Those wishing to donate can visit bit.ly/3ig9hWW

For many years, there have been some fundraising efforts to add new holiday lights to enhance the annual celebrations in downtown Owatonna.

With the revitalization of downtown completed with the new hotel and streetscape project, those efforts have been renewed by MainStreet Director Lisa Cochran. 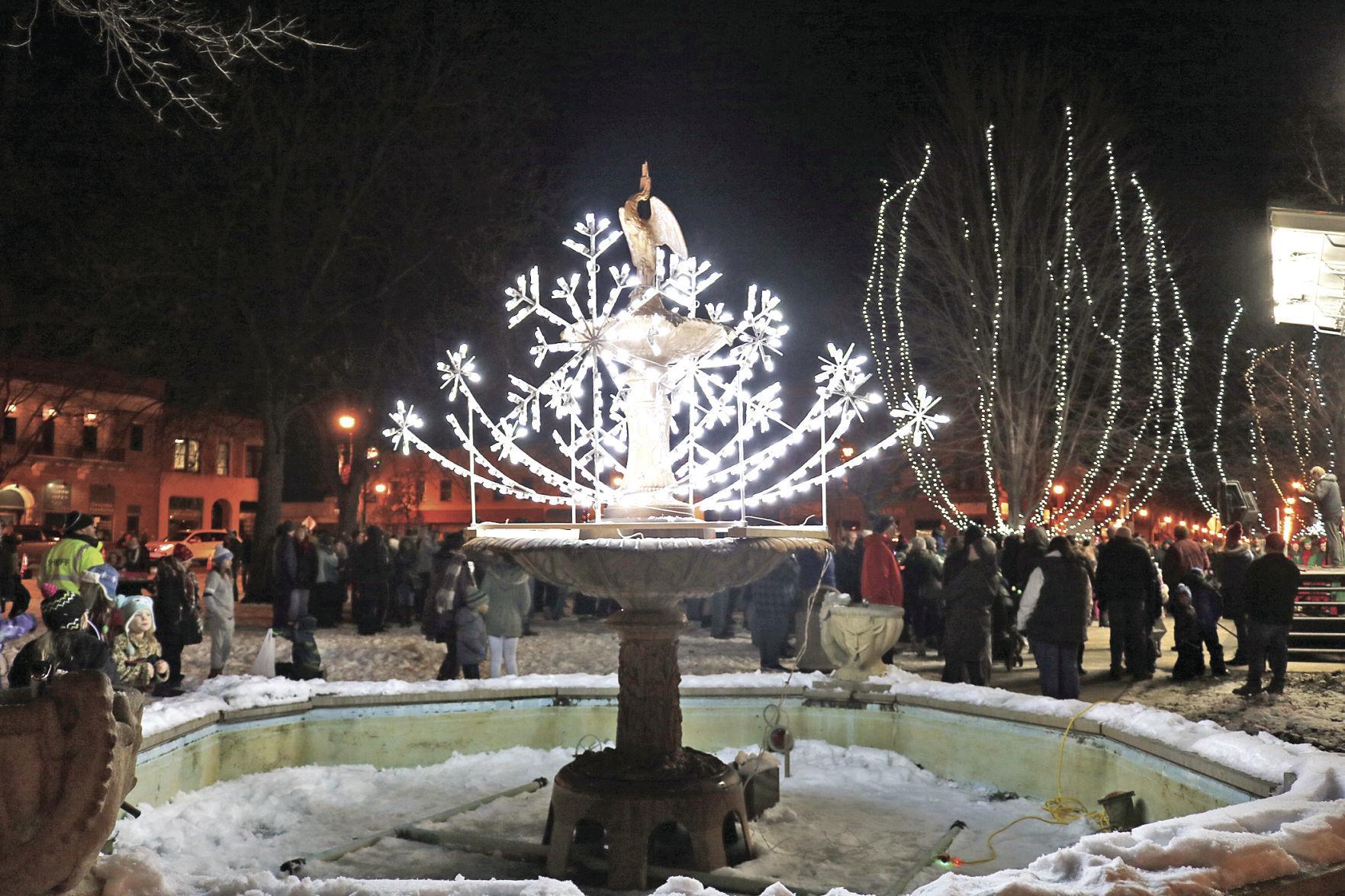 New snowflake lights were added to Central Park in 2019. With the completion of the streetscape project in downtown, MainStreet Director Lisa Cochran created a GoFundMe page to raise funds to add additional holiday lights and decorations to Central Park and North Cedar Avenue. (File photo/southernminn.com)

“We believe the future begins now with our new, revitalized streetscape along North Cedar Avenue,” Cochran said. “With the updated landscaping, lights and inviting seating areas — what better time to capture the Norman Rockwell-like setting for the holidays than with new and inviting lights.”

The goal of raising $50,000 may seem daunting to the community, but Cochran said the lights that will be purchased are commercial-grade lights and are meant to last for decades. The funds will be used to purchase 26 lighted snowflakes to put on the light poles along Cedar, along with a tall lighted centerpiece tree to be placed in the middle of Central Park. She said strands of white lights to light the trees in the park and along Cedar are also on the list.

“Even on evenings when there is not a special event happening, I’ve been downtown and I can hear the seasonal music coming from the bandshell in Central Park,” she said. “As I look around, taking in the lights and breathing the crisp winter air, there is a feeling of warmth that comes over me — even in frigid Minnesota. This is our town, our home, and we want to share that warmth with others, putting our best on display for years to come. I humbly ask you to join in being a part of sharing and shining our light.”

Shortly after Christmas, Cochran started a GoFundMe page in order to collect donations from the community.

“We decided to start a GoFundMe because there is no entity in town that takes this on as something that’s in their budget,” she said. “In order to increase, expand and improve our lighting situation, we felt something like this would be received better because it’s not affecting tax dollars and it’s not required to participate in.”

While the fundraiser doesn’t have a definitive end date, Cochran said she is hopeful to be able to purchase the lights early this year. 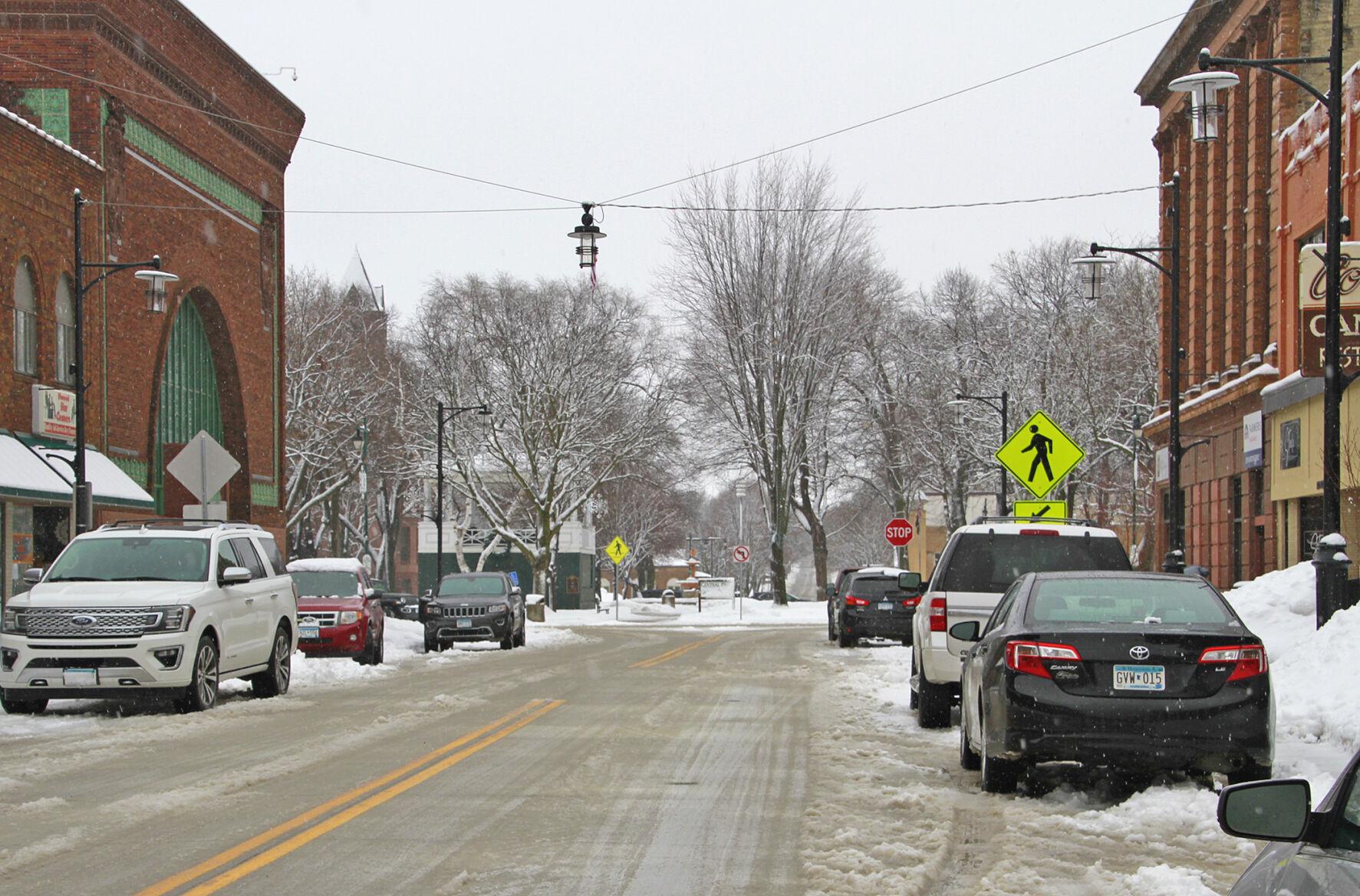 A few fundraising effort has been born with the hopes of updating the holiday decor throughout the newly revitalized downtown. Many of the existing decorations are more than 40 years old and many feel it’s time for an upgrade. (Emily Kahnke/southernminn.com)

In 2019, new lights were purchased to light up downtown for the first time in more than four decades. The Owatonna Business Partnership called for donations to help enhance the look of the core of downtown over the holidays that year, and Cochran hopes to expand on those efforts to create a cohesive look throughout downtown.

“There was a fund established in 2019 when those lights were purchased that has some money in it, but not significant enough to get what is on our wishlist,” Cochran said. “If people want to donate cash, checks or by credit card, we already have that set up and we appreciate any type of contribution people would like to make.”

Cindy Stelter told the People’s Press in a previous story that the Owatonna Business partnership hoped to see additional strands of lights purchased, and more winter-themed fixtures to be added to remain on display throughout the month of January.

Cochran said the new decorations will be another added bonus for the community to enjoy, especially since the garlands and banners donning the light posts on Cedar are more than 40 years old.

“Not that 40 is old, “she laughed. “But many people think they’re dated, and with the streetscape project being finished and everything looking updated and new, we felt like new decorations would be a big benefit.”

Those interested in making contributions towards the holiday lights in downtown Owatonna are asked to visit the fundraiser page or contact the Owatonna Area Chamber of Commerce and Tourism at 507-451-7970.

Donations can be made to the GoFundMe account at

or direct donations can be directed towards Lisa Cochran at the Owatonna Area Chamber of Commerce and Tourism. 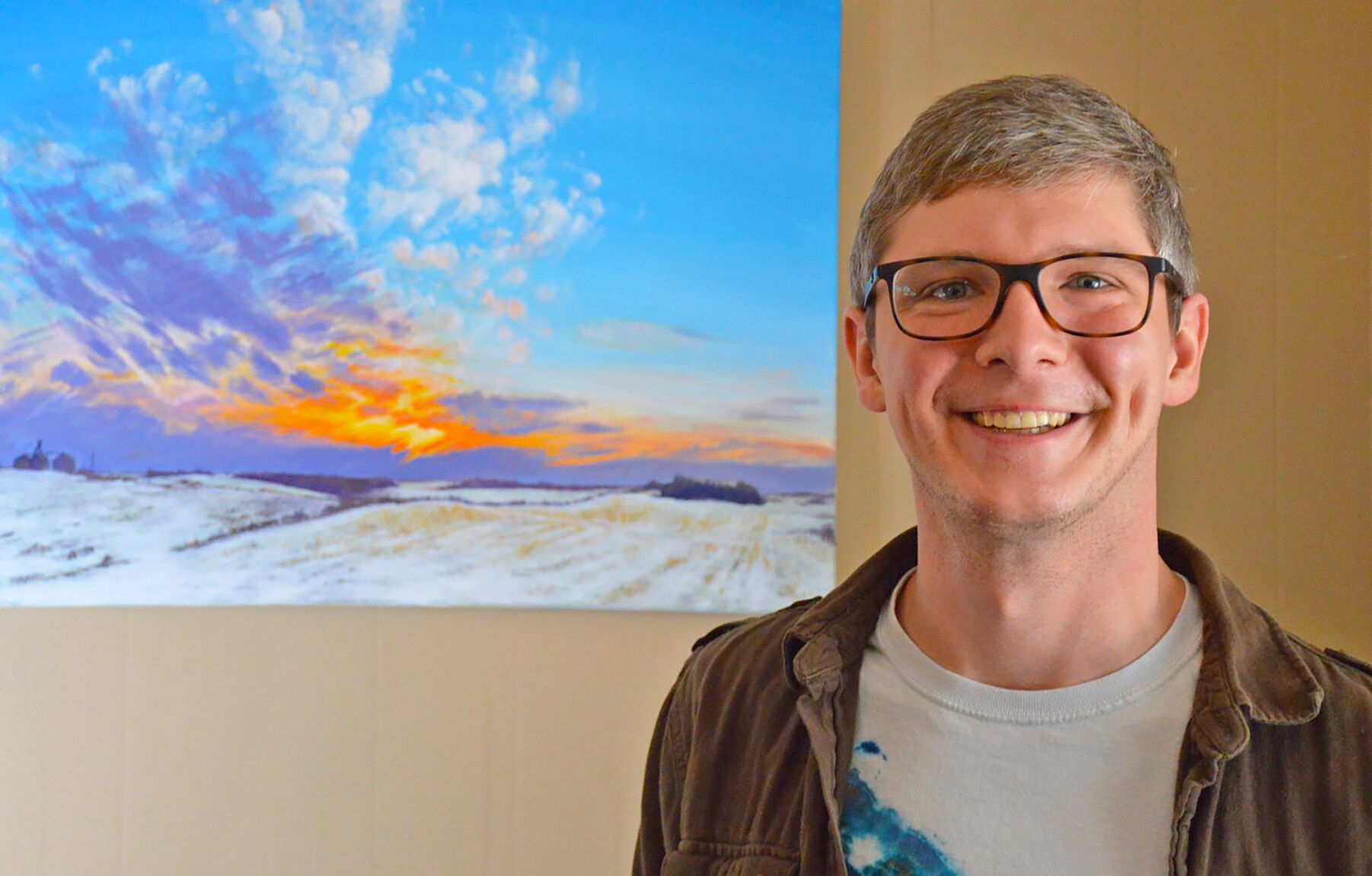