Rice County’s Jail and Jail Annex, shown here, are under scrutiny after being included in a list of nearly 2,000 jails nationwide that charge more than the Federal Communication Commission’s recommended rate for inmate calls. (File Photo/southernminn.com)

Rice County jails are facing scrutiny after being named in a Federal Communications Commission report for charging inmates for phone calls in excess of recommended guidelines.

Last year, the FCC capped interstate calls at $3.15 for a 15 minute call, with the goal of ensuring that incarcerated individuals can keep in contact with those who care about them. However, federal law does not grant the FCC authority to regulate in-state calls.

Along with the Chairman of the National Association of Regulatory Utility Commissioners, Brandon Presley, FCC Chairman Ajit Pai wrote to the National Governors Association as part of a campaign to urge state and local leaders to reduce in-state calling rates.

Accompanying their letter was a list of every jail in the country that does not currently apply the FCC’s cost caps on interstate calls to in-state calls. Some of the jails listed were barely above the limit, while others exceeded it by a factor of four, five or even seven.

Twelve facilities made the list in Minnesota, with Goodhue County’s Jail in Red Wing leading the way at nearly $12 for an in-state call. Rice County didn’t quite reach that level, but at $7 it still runs at more than twice the limit recommended by the FCC.

Both Rice and Goodhue counties have long outsourced their jail communications technology to Securus Technologies. With more than 3,400 clients across the country, Securus is one of the largest providers of communications services for inmates.

Of the twelve facilities with in-state rates in excess of the $3.15 mark (counting the Rice County Jail and Jail Annex as one facility), 10 are clients of Securus, with the Mille Lacs County Jail in Milaca and Many Rivers Juvenile Detention Center in Rochester the exceptions.

Joanna Acocella, who serves as Securus’s vice president of corporate affairs, noted that Rice County has been a long-term client of Securus. She said that costs vary from community to community because of the unique challenges each presents.

“Securus is committed to making communications more affordable for incarcerated individuals and their loved ones,” it said. We know each community we serve has unique needs, and we will continue to work with all our government partners to balance their many priorities.”

According to Acocella, Securus has substantially reduced call costs during the pandemic, cutting the cost of an average call by 30% to 15 cents a minute and providing more than 26 million free calls.

According to Securus, the cost of providing operator assisted calling is significantly more expensive than that of providing overseas calling. Additional expenses include special equipment as well as higher customer service costs.

Marinenko said that for inmates who want to stay in contact with their family, a wide variety of options are available, including more affordable ones. An email can be sent for just a quarter, while texts are just a nickel apiece.

The American Civil Liberties Union is none too pleased with Securus and other companies highlighted in the report. Staff Attorney Dan Shulman said that rates should be kept low especially because many inmates are only in jail because they can’t make bail.

Shulman is concerned that the high cost of calls could still interfere with the ability of some inmates to communicate freely with their lawyers, including attorneys in the Public Defender’s office.

“People have a right to talk to their lawyers and they shouldn’t be priced out of that right,” he said. “(These companies) are using fees to deprive people of their constitutional rights.”

To address the situation, Rice County could look at renegotiating its current contract with Securus or looking for another provider once the contract expires. While commissioners are still learning about the situation and assessing their options, Commissioner Galen Malecha said that’s a possibility.

“Certainly it’s something we can look into,” he said. “We want to allow inmates to be able to make those phone calls at an affordable rate.”

This story has been updated to provide correct information regarding the FCC's interstate call cap of $3.15 for a 15 minute call.

A rental survey recently undertaken by the Northfield Housing and Redevelopment Authority shows vast differences in feelings of safety between English- and Spanish-speaking tenants.

According to results gleaned from an online and mail survey sent by consultant WSB & Associates, 80% of the 15 tenants who responded in Spanish indicated not feeling safe in their rental units. For the 185 English speakers, nearly 73% indicated feeling safe. Of the Spanish respondents who said they didn’t feel safe, crime concerns were the top consideration at 45.5%, followed by personal relationships at 27.3% and building equipment at 18.2%.

The results were announced last week during an HRA meeting.

By a 60-to-40% ratio, Spanish respondents indicated being satisfied with the condition and maintenance of their units and believed their property managers responded to maintenance requests or complaints. More than half of Spanish speakers, however, said they didn’t know the city inspects properties to ensure they meet basic safety concerns. Though the number of responses in Spanish was low, the results reportedly correspond with similarly distressing feelings described by nonprofits ISAIAH, Northfield Community Action Center and Neighbors United of Northfield, MN.

“That’s a big contrast,” HRA Chair Brent Nystrom said. “That seems like a problem that we need to solve.”

Though some of the safety concerns outlined in the survey fall beyond the parameters of the rental licensing program, city officials plan to update education and resource listings to help nonprofits and other organizations to reduce those disparities. Any policy shifts, however, will likely need to come before the City Council.

During the meeting, HRA member Kevin Fink said the city hasn’t gathered much input from the Spanish community, something he said is needed to ensure a broader understanding of the disparities. In response, WSB Senior Planner and Project Manager Molly Just said COVID-19 necessitated the use of online engagement and prevented extensive in-person visits. Still, she said outreach to local nonprofits has allowed her firm to aggregate information.

The survey took place as city staff seeks to improve Northfield’s mandatory rental licensing program to increase regulation compliance and the quality of the rental stock.

The program subjects rental owners to inspections. If a rental owner doesn’t meet minimal standards, the city outlines a list of needed improvements before reinspection.

As part of related outreach, rental owners have been surveyed about their experience with the licensing program/requirements. Also, local nonprofits have been asked about their concerns with the program and desired outcomes. Nonprofit officials reportedly expressed a desire for proactive inspections, clear rental standards and consistent enforcement. They are also seeking to address frequent violators, reward program compliance, and make bilingual resources available for tenants and landlords.

Baker acknowledged the “delicate balance” between ensuring compliance and making sure that actions don’t jeopardize needed housing. Most rentals are subject to relicensing on two-year cycles. However, rental properties deemed to be more problematic face relicensing every year. Baker stressed that inspections and surveys only provide a snapshot and can quickly change.

As concern over the medical impacts posed by COVID-19 continue, a nationally known health care consultant is sounding the alarm that the decision by many patients to delay surgeries could jeopardize public health in the years to come.

In an address last week to the Northfield Hospital and Clinics Board of Directors, David Willis, vice president of the national health consulting firm Advisory Board, cited statistics showing a 23% drop in emergency room visits for heart attacks patients and 20% reduction in stroke patients in the 10 weeks following the national emergency announcement.

Social isolation enacted to prevent the spread of the virus has been linked to a 29% increase in risk of heart disease and 32% increase for strokes. Still, more than 60% of health care consumers say they are likely to postpone a medical procedure to prevent contracting COVID-19 and 45% of healthy consumers said they were skipping their annual physicals due to virus concerns.

Based in part on data from counties and U.S. states where community spread of COVID-19 started earlier, Minnesota public health officials initially developed a model predicting the virus would kill at 50,000 Minnesotans even if preventative steps were taken. Though the number of deaths from the virus is only a fraction of that so far, public anxiety remains.

The pandemic has also taken a toll on public health. Willis said 45% of Americans reported their mental health has been negatively impacted by stress and worry over COVID-19. That toll could be exacerbated by the adverse economic conditions many have faced due to job losses and reduced hours during the pandemic. Willis noted 36% of health consumers reportedly experienced a change in employment status, and 15% of people with at least one chronic condition lost insurance coverage.

Willis, echoing statements made by public health officials across the country, noted there will be a long time between the introduction of a clinically viable vaccine and the total inoculation of the U.S. population. A lack of a vaccine could make people less comfortable in resuming elective surgeries.

A survey of the health impacts of the virus taken in Wuhan, China, has reportedly shown troubling results. In survivors, the study found 15% of hospitalized patients had experienced acute kidney injury, 37% had seen nervous system impacts, 60% had ongoing myocardial inflammation, and 77% faced lung scarring.

At Northfield Hospital & Clinics, administrators in April initially enacted a 10% pay cut for senior staff and directors as the health care system faced substantial revenue losses due to delaying elective procedures. NH&C President and CEO Steve Underdahl said last month the hospital system now has a better understanding of how to care for virus patients, how to interpret COVID-19 data and how to keep staff guests safe. NH+C staff has reached out to people whose procedures were delayed to help them reschedule, and address concerns they might have on returning to the hospital or its clinics. The health system has also used its website and other communications tools as a way to tell the public of the steps NH+C has taken to ensure their safety at their facilities. 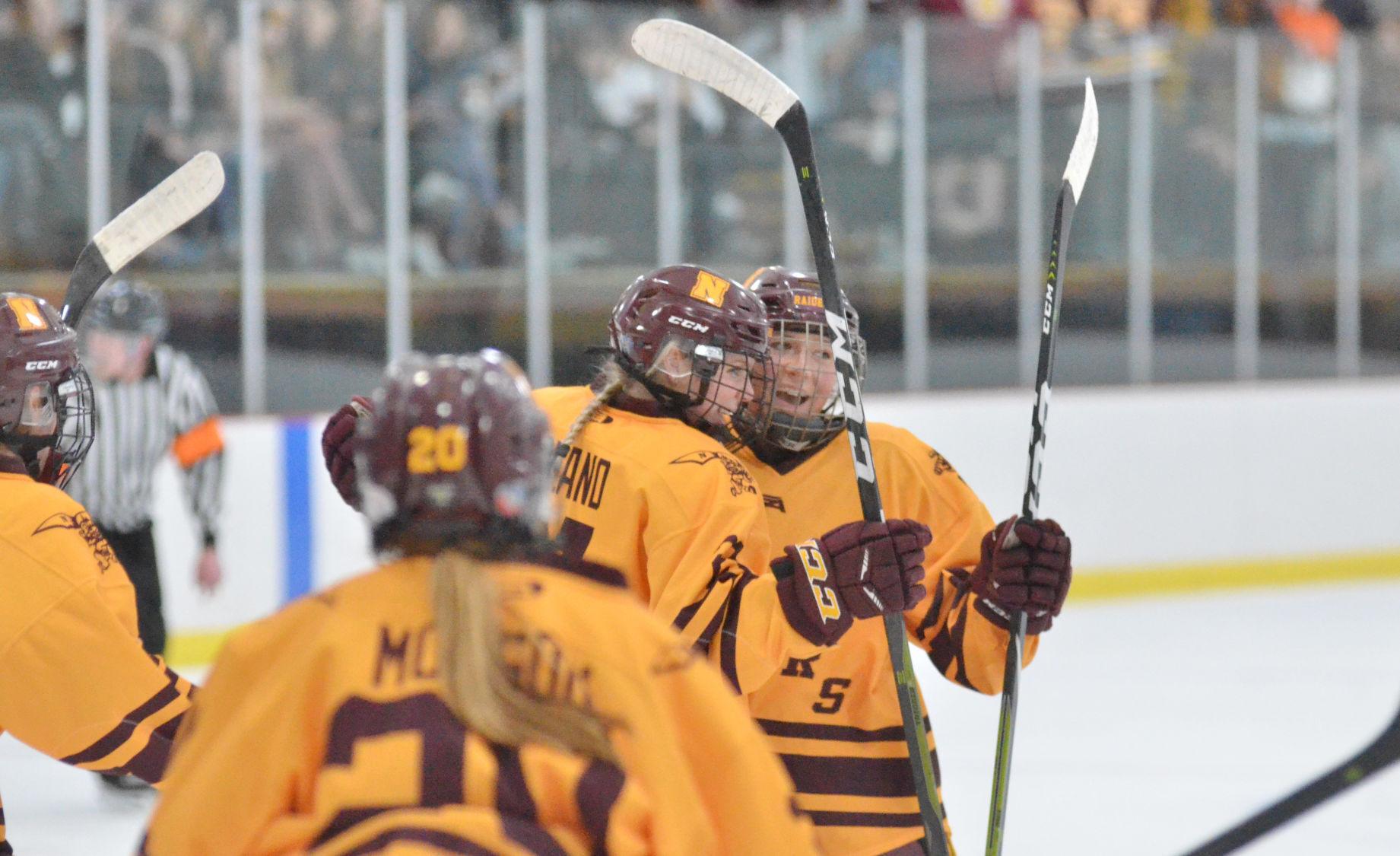 The MSHSL voted on and approved a winter sports calendar Thursday at a Board of Directors meeting. Start dates for all winter sports were pushed back to accommodate for the delayed football and volleyball seasons, with most starting in late November and early December. (File Photo/southernminn.com)