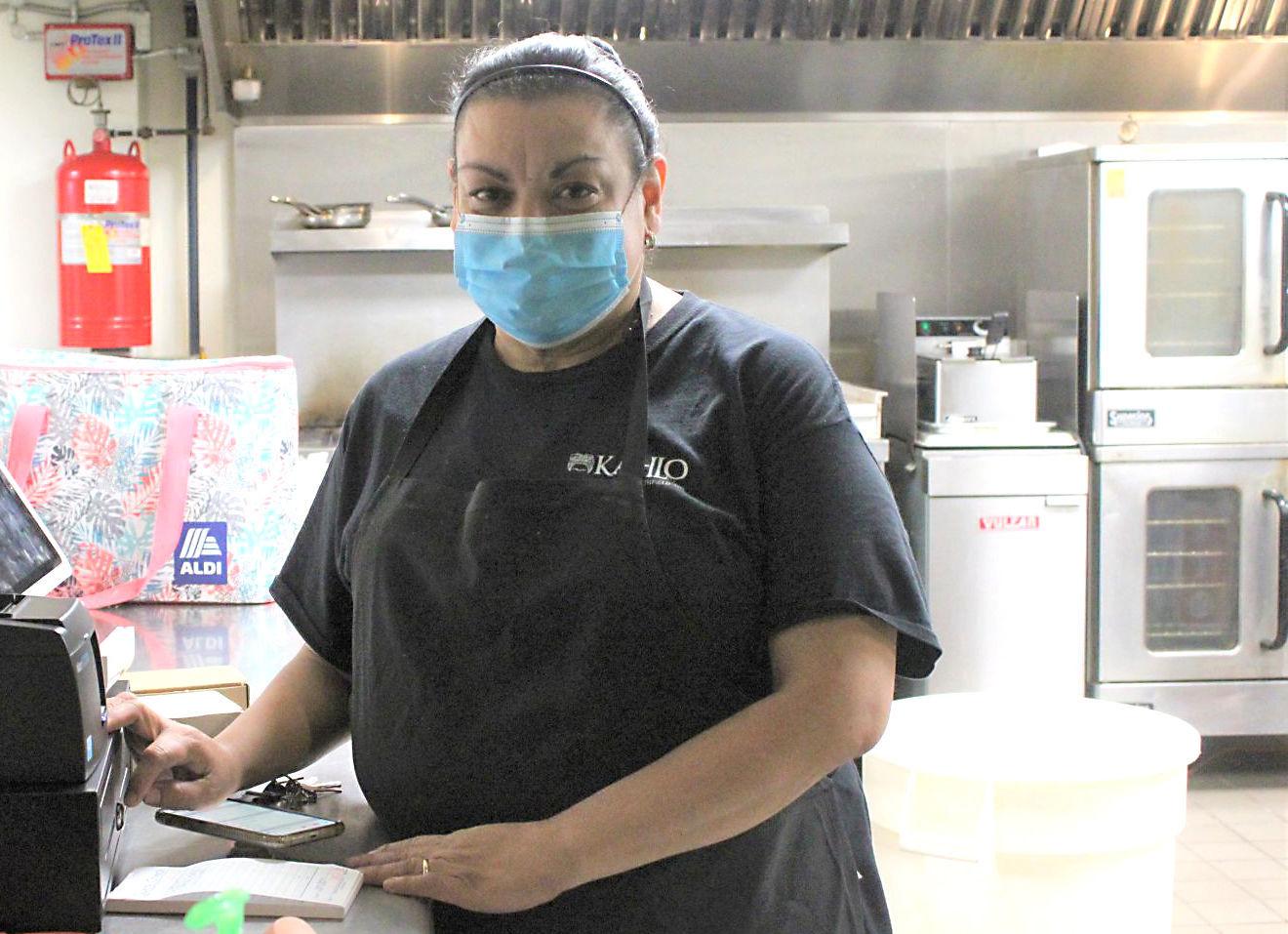 Tom Nelson has always wanted to be a firefighter. His interest, sparked by a 1970s TV show, is being fulfilled. Nelson was recently promoted to first assistant chief after the retirement of Jeff Machacek from the position. (Sam Wilmes/Northfield News)

Northfield Area Fire and Rescue Services firefighter Tom Nelson has wanted to be a first responder his entire life.

The veteran firefighter, whose interest in the profession was sparked by the hit 1970s TV show “Emergency!,” a fictional medical and action drama, is now a leader within the department.

Nelson was promoted to first assistant chief this spring, replacing Jeff Machacek, who retired earlier this year after a 46-year career with the department. As first assistant chief, Nelson is the second-in-command to Chief Gerry Franek. He’s in charge of fire reporting to the state of Minnesota and helps the NAFRS select employees. He also assists with any operating guideline changes and helps Franek with certain tasks.

“It’s humbling, obviously, anytime you get a promotion in an organization like this,” Nelson said.

Nelson, a Northfield native, joined the department in May 1988, and slept in the upstairs residential part of the facility for the first 3½ years of his career. He was promoted to second assistant to the chief approximately 20 years ago, where he served until being moved to first assistant chief. Nelson said his promotion is not a huge change for him, other than having more responsibility to teach the rest of the command staff.

He views serving as a firefighter as his way to serve, something he sees as essential to ensuring a strong community.

“Everyone has something that they are hopefully doing for their community,” he said.

Assuming a leadership role in the later stages of his career also allows him to teach new firefighters the ins and outs of the fire service and how to safely protect the community. He is helping junior firefighters with behind-the-scenes tasks, including documenting administrative and clerical work and keeping up with the evolving industry.

“He’s respected by his fellow firefighters, and I don’t think there’s any question he will excel in the position,” he said.

Nelson was promoted after an internal and external job search. Both outside applicants withdrew their applications before the interview process.

“He is doing just great,” Chief Franek said. He added that Nelson has plenty of experience, understands the “big picture,” and has knowledge in other areas.

“A strong candidate all around for scene operation, just all aspects of everything we do,” he said.

“A strong candidate all around for scene operation, just all aspects of everything we do,” Franek said.

Nelson was one of three recent promotions made within the department. Jesse Faust was promoted to second assistant and Sean Simonson became first captain.

Kosmo Esplan stands beside a sign with the initials of his YouTube series, “Some Good News Northfield.”

Northfielder Kosmo Esplan is only 12. Still, he has gained significant experience in theater work and is now lifting the spirits of those in his community by producing YouTube videos outlining good news occurring during this time. (Photos courtesy of Kosmo Esplan)

However, the 12-year-old boy, who shows extraordinary maturity and presence for his age, is using his gifts to remind people of the positives he sees in Northfield and beyond during one of the most difficult stretches in recent history with the country battling a global pandemic, and protests and riots sparked by allegations of systemic police brutality against people of color.

A few weeks after the statewide lockdown to combat COVID-19 began in March, Kosmo was searching for a way to lift the spirits of people who have been inundated with dire news. In the months since, he has posted eight YouTube videos, in a series titled “Some Good News Northfield,” to outline the positives he sees every day, including people making and donating masks, serving coffee for school staff, and providing music He also discusses graduation-themed good news and other positive developments. His videos typically center on the everyday good deeds Northfielders are doing for each other that aren’t well publicized.

The first episode received 1,200 views. Altogether, his videos have been viewed 3,000 to 4,000 times. His series is patterned after a similar show produced by well-known actor John Krasinski, who has starred in acclaimed shows and movies such as “The Office,” “The Quiet Place” and “Tom Clancy’s Jack Ryan.”

“What we should be really focusing on is the good news, because there is so much right now,” Kosmo said. “My favorite part of doing this is making people happy. I want to show there’s good in the world, especially, in this amazing, amazing community that we are so lucky to have.”

The country underwent further turmoil late last month with the death of George Floyd while in police custody in Minneapolis. Subsequent protests and riots damaged or destroyed hundreds of buildings, with some of the worst damage occurring in Minneapolis’ Lake Street neighborhood. Kosmo saw a way to help with that as well and has been designing T-shirts with his mother, Krisi Lillie. Proceeds from the T-shirts, on sale for $15, are going to the We Love Lake Street fund, intended to rebuild that stretch. He had raised $500 as of Thursday.

“We’re still going strong,” he said of the fundraising effort.

“Minneapolis really needs all of our love and support right now, and I want to do everything I can.”

Kosmo already has his fair share of theater experience. He has acted in community dramas through the Northfield Arts Guild, and a number of his friends are adults who act in those productions.

During the process of his first show, he sent an email to all of his nearly 200 contacts stating that he considers them all to be his friends, and in turn received a warm welcome.

Although the pandemic is temporarily keeping him from acting in in-person productions, he has still been co-writing the KYMN radio performance “WILLing to Win,” a sequel to “MISTery of Mars,” with Pauline Jennings.

Though he’s not even a teen, Kosmo has always shown an extraordinary ability to care for others and uncanny intelligence.

Lillie remembers her son pondering major questions when he was just 4 years old. One question showed an early desire to positively impact the world. She still remembers him asking, ‘I am so little in this big world. How would I change anything?’

She admits she is continuing to learn from the outlook her son has adopted from an early age.

Anyone interested in purchasing a T-shirt can email Kosmo Esplan at planetwhizkid@gmail.com.

Find "Some Good News Northfield" on YouTube at bit.ly/2BAroB9. 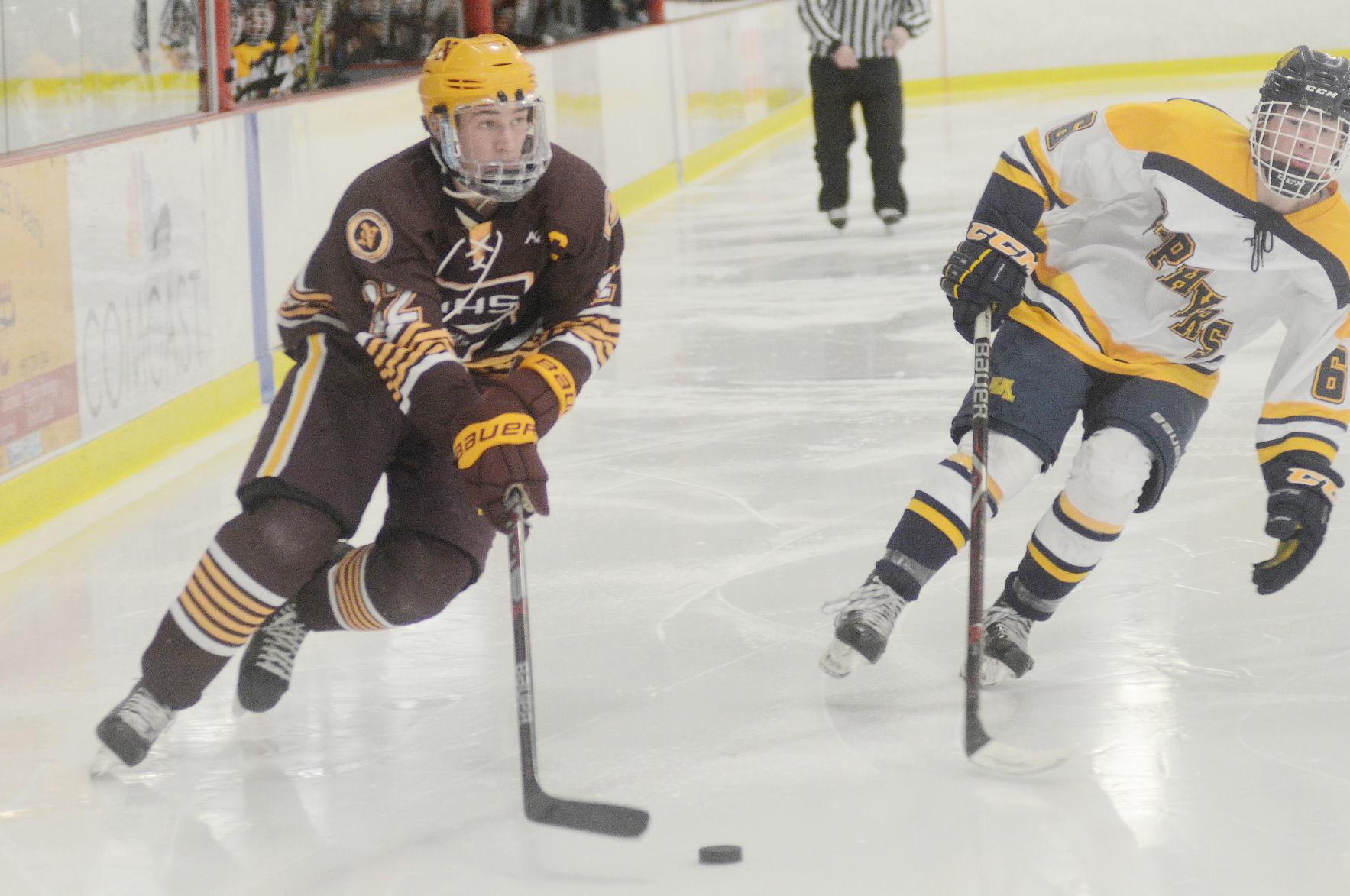 In high school, Halvorson was an offensive force for the Raiders throughout his career. As a junior, he scored to help Northfield notch the program’s first state tournament win against Mahtomedi before tallying 59 points in 27 games as a senior. (File Photo)

People who need advanced wound care can soon be treated closer to home.

The Northfield Hospital and Clinics Board of Directors on Thursday moved ahead with developing a wound healing care program. In doing so, the board agreed to contract with wound care company Healogics to develop the program, and to move ahead with design documents and construction bids to build the department. Healogics is an organization with more than 650 centers dedicated to advanced wound care. It operates two other facilities in Minnesota, in Glencoe and Windom.

The plan is to construct the hyperbaric oxygen wound chambers for a little more than $700,000. The chambers, estimated at a total of 1,000 square feet, would be below the existing birthing center and would have a separate entrance on the east side of the building.

“The key value of a wound healing program is that it would bring strong benefits to the community: Individuals with chronic and hard-to-heal wounds get an option close to home for this highly specialized care that usually requires multiple visits for treatment,” said CEO/President Steve Underdahl.

Nearly 6.7 million people nationwide are estimated to have chronic wounds they need to monitor/manage. The healing process typically includes cleaning the wound, replacing skin and then involving the hyperbaric chambers in intense oxygen therapy. Such treatment is typically prescribed by clinicians after doctor or hospital visits.

Architects are expected to meet within three to four weeks to finalize designs and capture state approval. Construction is expected to be completed in February. Before that, officials hope to market the service and inform local groups to attract patients.

Chief Financial Officer Scott Edin said hospital officials expect patients to visit from the surrounding area, including Farmington, Lakeville, Lonsdale, Faribault and Cannon Falls — an area with a total population of 158,000. Within that area, Edin anticipates there to be 200 annual patients initially, with that number soon approaching approximately 350 new patients per year.

Edin said by installing the chamber, NH+C would have a service that many hospitals are missing. It is estimated that once a patient is determined to need those services, they’ll visit the facility three to five times a week for four to six weeks.

Underdahl said when he was vice president of operations at Mayo Clinic Health System in Albert Lea and Austin, more patients were drawn locally than from outside health providers.

It’s unknown how COVID-19 will impact initial use numbers. Right now, the pandemic is hampering visits for non-related reasons, but more people are visiting the hospital as restrictions are loosened across the state.

Underdahl said he doesn’t see wound care patients as being more susceptible to upper respiratory disease than the general population.