A family stops on Sunday to receive a diploma. (Sam Wilmes/Northfield News)

Despite constant reminders of how different Sunday’s online-only Northfield High School graduation ceremony was different than a normal year, hope and optimism were still reflected in the speeches of the teachers and students.

During the ceremony, live-streamed on Facebook due to COVID-19, messages of support were consistently written on the right side of the district’s page by the friends and families of students. Following the ceremony, students picked up their diplomas in the High School parking lot.

He urged seniors to step away from their technological devices and listen to those around them. He called on them to focus on the moment, see the issues and problems around them, and take the initiative to help.

Sullivan cautioned seniors to not believe they are smarter than other people and be intelligent enough to constantly seek knowledge. He also called on them to encourage others, not tear them down.

“We gain nothing through hate,” Sullivan said. “Our lives are never better from it.”

Perhaps the most striking part of the ceremony was when seniors John Olsen, Grace Muth and Alex Morefield addressed the online audience.

Olsen described his time as an elementary student at Greenvale, transitioning to this year. When the pandemic struck and landmark senior events like prom and Senior Skip Day came, they still celebrated in their homes by dancing and staying in touch with each other.

“We’re in this for the long haul, so we better persevere,” Olsen said.

Muth spoke of the waiting the senior class has undergone over the years, initially with waiting for recess to start and then for things like the release of cast lists and varsity lineups’ shots at state competition, and then COVID-19 distancing restrictions. She said seniors can briefly step away from the chaos by reading books or tackling a community project, or by thanking all the people who helped them get to this point, including teachers, coaches and administrators.

“These people, and so many more, have done so much for us,” she said.

“We have made it to the end. When the beginning comes, and it will, I hope it means you will have spent this wait meaningfully and joyfully.”

Morefield spoke of this year’s homecoming and Snow weeks and the connections seniors forged with teachers and coaches.

“In these uncertain times, trust in the skills and values we have developed over the last 18 years,” he said.

During the ceremony, administrators recognized parents, teachers, education assistants, staff members and others who helped students reach this point.

“Northfield is a better place for your dedicated service,” she told the seniors.

The Northfield Economic Development Authority on Thursday green lighted a reimbursement program to help Northfield restaurants and retailers transition to more of an e-commerce format in the wake of COVID-19.

Companies within city limits with 20 or fewer full-time equivalent employees are considered eligible for grant funding, which consists of 50% of costs associated with e-commerce investment, with a maximum $1,500 allocation. Applicants must demonstrate how the e-commerce format will be achieved, and the applicant is responsible for covering all upfront costs. Reimbursement for previous investment in e-commerce tools is retroactive to March 15.

Businesses must demonstrate they have been operational since Jan. 1. Applications will be accepted in June and come on a first-come, first-serve basis. EDA reserves are expected to fund the $15,000 program cost.

“The need for e-commerce has become vitally important for businesses to compete in the current economic environment,” according to the proposal submitted by the Community Development Department. “However, many small businesses do not possess the time or skills necessary to launch a successful e-commerce platform. In some cases, e-commerce platforms may be cost prohibitive depending on the scale of the business.”

Economic Development Coordinator Nate Carlson said it can cost up to $6,000 for businesses to add a quality online feature, and the prospect can create additional costs in hiring someone to manage e-commerce.

“It’s a great use of our funds in the near term,” said EDA board member Mike Strobel.

In discussing the need for more specialized local funding for businesses seeking to survive during the pandemic, Carlson said federal, state and county governments have already approved business assistance grants. Based on that knowledge, the EDA is seeking more of a long-term approach.

EDA board member Jessica Peterson White said as a retailer, she wouldn’t advise business owners to immediately spend a significant amount of money developing a larger e-commerce presence. Instead, she said a more attractive course of action is using less costly tools to develop an online presence.

Despite that, she said she wasn’t opposed to the program, adding she believes there are a lot of businesses that could use the program.

Board member Britt Ackerman said she supports the proposal because it addresses an identified e-commerce need and could make a major difference for small businesses with a lack of capital.

She said she expects a proposal will be brought to the City Council next week.

The EDA is expressing interest in hosting a session to listen to the needs of the cbusiness ommunity. Peterson White also suggested creating a working committee to handle pandemic-related business needs.

There is evidence of a need for business funding. Carlson said local banks have seen more than 300 applications for the federal Paycheck Protection Program. As of Thursday, only two counties in Minnesota have been able to access federal CARES act funding: Hennepin and Ramsey in the Twin Cities. Rice County isn’t expected to receive its allotment until the Legislature decides how to allocate the money, which is not likely until a special session begins. 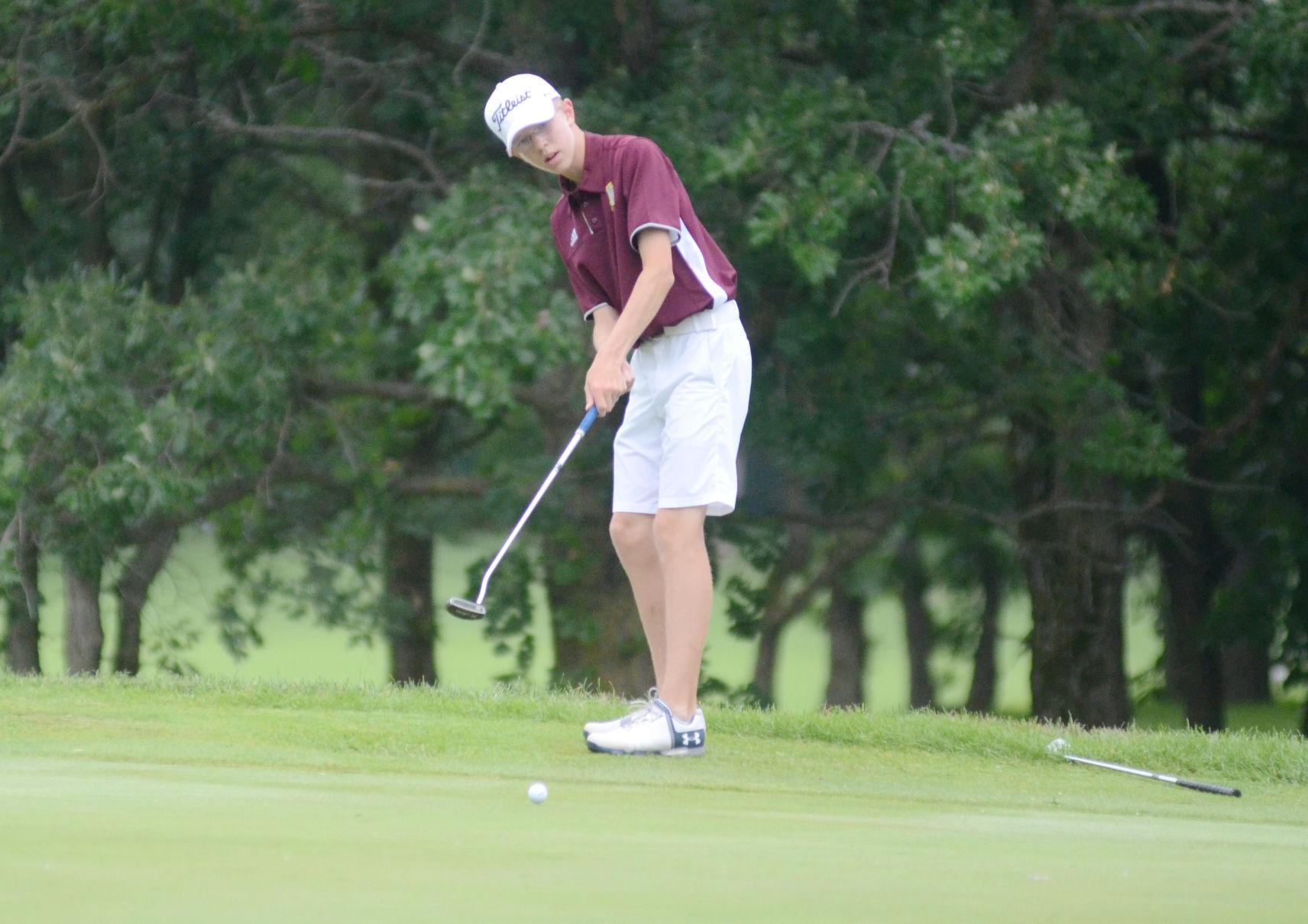 The Defeat of Jesse James Days Committee has cancelled this year’s celebration due to COVID-19.

General Chair Galen Malecha said Tuesday that although the official celebration has been cancelled, the committee is evaluating all options, and is hoping to find an alternative way to celebrate as a community, whether in-person or virtually.

Every year, DJJD brings at least 200,000 people to Northfield over the four-day celebration held the weekend after Labor Day. While the committee doesn't have an estimate on the revenue the celebration generates for area bars, restaurants, convenience stores, grocery stores, food booths, retail shops, artists, craftspeople and nonprofits, the figure is substantial.

“This decision was not made lightly, as we recognize the importance our celebration weekend holds for other nonprofits in our community and the impact it has on our local businesses, sponsors, celebration vendors and partners,” Malecha said in a release.

“However, we recognize the potential impossibility of monitoring and enforcing social distancing requirements. The health and safety of community members, vendors and exhibitors has always been the No. 1 priority of the DJJD Committee as we plan for the celebration.”

“The committee extends our heartfelt thank you to the support we have received from members of the community, city staff, health and safety officials, and celebration partners,” Malecha said.

Board member Sandy Vesledahl called the decision “heartbreaking.” She said the pandemic has caused a good portion of DJJD's sponsors unable to donate to the event, which commemorates the attempted September 1876 bank robbery by the James Younger Gang, which included the notorious Jesse James. The community has celebrated the gang's defeat at the hands of townsfolk every year since 1948 when it was called Jesse James Days. Among its most beloved attractions is the raid re-enactment with "gang" members on horseback.

“We had to make a decision that was based on safety and all the information we had,” she said. “It was a tough decision, but we didn’t take it lightly.”

Vesledahl, who is entering her 37th year as a committee member, said the decision to cancel was based on input from city and state officials.

“It was the right decision to make,” she said.

Northfield Hospital and Clinics lost more than $1.2 million in operating revenue last month due to the elimination of elective surgeries as hospitals combat COVID-19.

To combat that loss, the hospital recognized $1.4 million in other revenue from federal COVID-19 grants. NH+C did make $1.6 million in investment gains.

NH+C has instituted salary reductions for leaders during the pandemic, which is expected to continue due to the revenue losses.

The health system has received approximately $8 million from state and federal grants during COVID-19.

COVID-19 worries have kept patients away from doctors’ offices across the country and forced the postponement and cancellation of non-urgent surgeries. The pandemic also has shut down large portions of the economy, leaving many would-be patients without insurance or in a financial pinch that’s led many to curb spending.

NH+C CEO and President Steve Underdahl noted Thursday that ICU bed use has been teetering at record highs, hovering around 240. He expressed concern over people sometimes disregarding social distancing to have parties and other events, which has been recommended to help stop the spread of the novel coronavirus.

To Underdahl, COVID-19 remains a public health danger and officials need to be able to open or dial back the economy to address the crisis as circumstances dictate. He expressed concern, however, that as businesses and society continue to reopen, people will be less willing to have restrictions reinstated.

Northfield Hospital and Clinics is slowly reopening its facilities as patients express varying comfort levels with undergoing surgery. Faribault, Lonsdale and Lakeville clinics have all either opened, reinstated their former schedules or are expected to in the coming weeks. The Express Clinic remains closed. The Lonsdale clinic is set to open in late June.

Underdahl said despite anxiety from some that NH+C won’t survive the pandemic, he expects it will.

“We will have a really crummy 2020, but we are in really good shape from a macro perspective to survive and thrive in the future,” Underdahl said.

Health care provided the biggest drag on the U.S. economy in the first quarter of this year. Spending on care fell at an annual rate of 18%, the largest drop for that sector going back to 1959. Economists point to hospital systems, a key driver of the sector’s performance, as a big reason behind the drag from COVID-19, which initially hit some parts of the sector more intensely than others.

The nation’s largest hospital chain, HCA Healthcare, said its hospital-based outpatient surgery totals for last month were down about 70% through late April.

In many cases, hospitals that lose those profitable surgeries are gaining COVID-19 patients — and losing money in doing so. Those patients may require hospitals to expand intensive care units, spend more on infection control and stock up on gowns and masks, among other items. The American Hospital Association estimated in a recent report that the nation’s hospitals and health systems will collectively lose more than $36 billion from March to June due to treating hospitalized COVID-19 patients.

When adding factors like lost revenue from postponed surgeries, the total balloons to more than $200 billion, said the association. Congress has set aside about $175 billion so far to help hospitals and other care providers, but the hospital association says more assistance is needed.