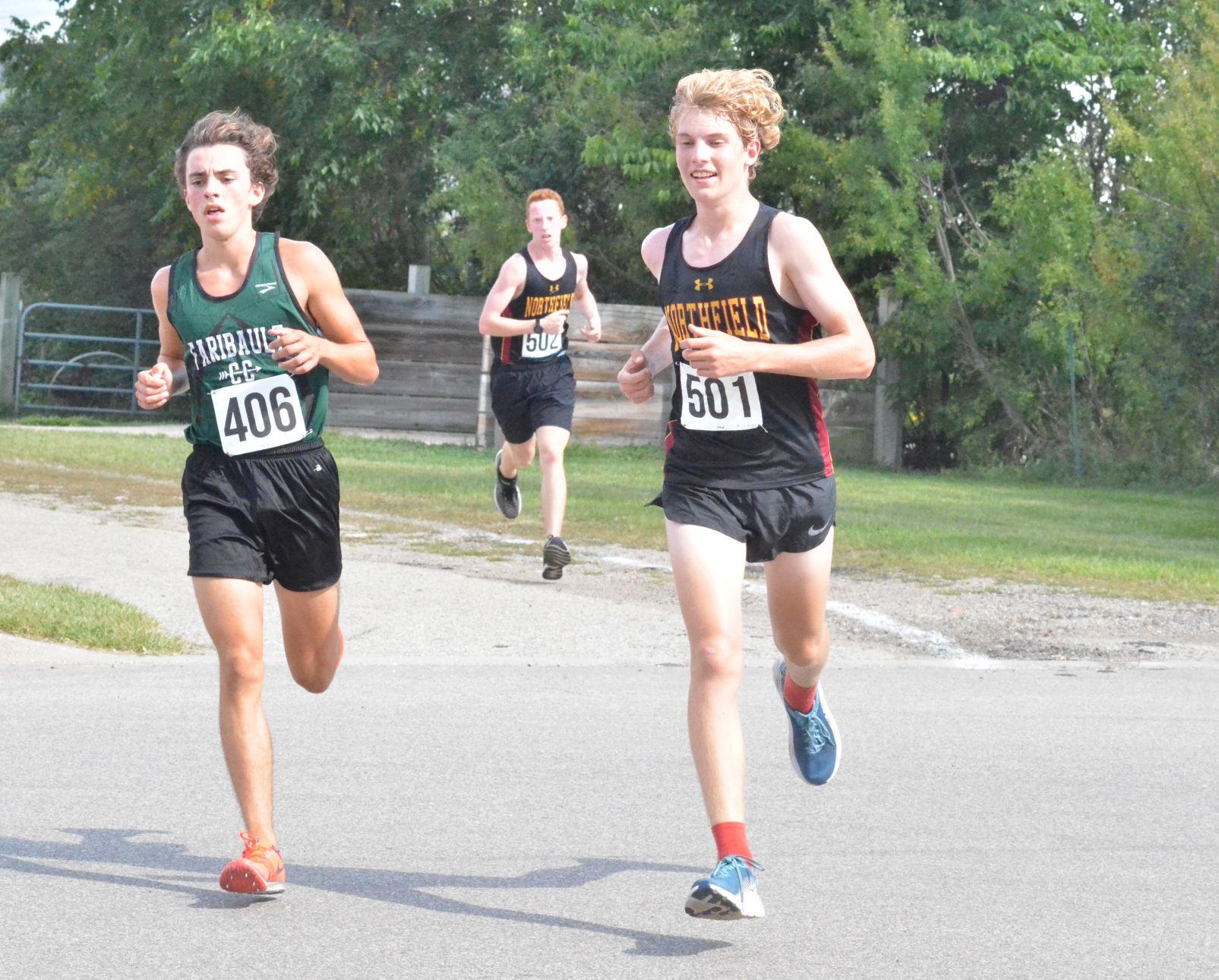 The entrance of the $27 million Greenvale Park Elementary School will greet children who will return to full in-person instruction Sept. 14. (Sam Wilmes/Northfield News)

The cafeteria in the Greenvale Park Elementary building includes a sign in Spanish, as a sign of the desire of Northfield Public Schools to reach out to non-white students. (Sam Wilmes/Northfield News)

A new playground is in place outside Sibley Elementary School. (Sam Wilmes/Northfield News)

Kindergarten, first and second grade students will be on the main floor of the Greenvale Park elementary school building. Older students are on the second floor. (Sam Wilmes/Northfield News)

Thanks to grant funding, a playground has been installed near the current Northfield Community Education Center, the former site of Greenvale Park Elementary. (Sam Wilmes/Northfield News)

Work has been completed on projects made possible by the successful 2018 referendum to construct a new Greenvale Park Elementary building near the former school and conduct other renovations.

The new Greenvale Park school, at 90,000 square feet, is bigger than the approximately 65,000-square-foot footprint of the former Greenvale Park building. Northfield Public Schools Superintendent Matt Hillmann said the abundant amount of natural light in the new building and the small and large group offerings made possible by the new space are additional positives of the new school.

In the new school, each grade has a collaborative work area.

“We are just overjoyed with just being able to be in this place,” Hillmann said.

At Sibley Elementary School, a new cafeteria that is more than double the size of the former space and includes an updated kitchen was built. There is an expanded media center, added conference space and more room for small group work. Office space was extended, allowing for more nurse’s office storage. A student services suite was created and allows space for the school psychologist and behavior coach. Hillmann noted the district wanted the psychologist to have a quiet place to help students and the behavior coach to not be too connected with the front office. A customer service window has been installed, work Hillmann said is necessary for security reasons and to prevent the spread of COVID-19.

Hillmann noted the projects have ensured that all three district elementary schools have similar components.

“This has turned out really well,” Hillmann said.

The $41 million referendum passed with the approval of 63% of voters and was a slimmed-down version of a $109 million package that failed in 2017. The district identified the need for the projects in a 2016 strategic plan. In other work done following the referendum, Offices for district staff will be at Longfellow School this year, joining the Alternative Learning Center, which will continue to be housed on the top floor.

With that belief in mind, the High School’s social studies curriculum is expected to be updated and language arts materials will be added in the coming school year as part of a broader effort to reduce racial inequities administrators see.

High School Principal Joel Leer said during an Aug. 24 School Board meeting that despite traditionally rigid curriculum standards, the late May death of George Floyd while in Minneapolis Police Department custody and subsequent protests necessitated evaluating the school’s curriculum to ensure the perspectives of all students are heard.

The district believes there are three action areas needed to combat racism, including:

Symbolism: Symbolism is seen as playing a role in reinforcing racist stereotypes and narratives.

Systems: Superintendent Matt Hillmann said “systems need to be reviewed and refined to ensure they are anti-racist, providing equitable access and support for every child.”

Individual behavior: Hillmann said individuals need to recognize their own biases and racist thoughts/actions to interrupt the similar behavior of others.

“Staff and students will address 100% of racist behaviors/comments within one school day, and we will work together to stand up and support others,” Hillmann said.

A significant component of the district’s approach to ensure racial equity is instituting an anti-racist environment. Anti-racism is seen as a way to act against racism and the oppression of marginalized groups.

A critical component of anti-racism work, said Leer, includes educators building student relationships so students feel safe sharing any instances of prejudice. Also, he views being more forthright in how policies protect students from prejudice as another important element in anti-racism work.

To Leer, Northfield High School consistently responds to prejudiced comments in a way supported by policy, but NHS must do a better job of publicly sharing how it is working together and standing up for and supporting the needs of all students.

During the School Board meeting, Hillmann identified continuing anti-racism work as one of his three priorities for the coming school year. He said he was concerned and worried that the pressing need to address COVID-19 would take away from vital anti-racist work done since Floyd’s death.

Hillmann has already led the district in its participation in implicit bias and cultural competency training through a partnership with the Equity Alliance of Minnesota. The board sees the formaation of the district’s Equity and Advocacy Committee under Hillmann’s leadership as a significant step in Northfield Public Schools’ role in advancing equality related matters.

Bridgewater Elementary Principal Nancy Antoine has been appointed to the National Association of Elementary Schools Principals National Taskforce on Race and Equity and has shared information from the group.

School Board member Amy Goerwitz said she wants the district to “actively maintain a strong connection” to students and families of color.

A Cannon Falls man is facing murder charges in the shooting death of his father Thursday following a disagreement in Warsaw Township.

According to the Goodhue County Sheriff’s Office, the victim has been identified as Terry J. DeGroot, 55, also of rural Cannon Falls.

Cole had reportedly called 911 and told dispatchers “to send an ambulance in five minutes, because he was “going to do something stupid and shoot his dad,” and “he was not going to put up with him anymore.” He later reported to dispatchers that he had shot his father.

Cole was arrested on scene and allegedly told officers that his father “was in the skid loader” and was dead after being shot in the rib area of the left side of his body. Terry was later found dead in the skid loader slumped over in the driver’s seat with a large amount of blood pooling on the floor and a major abdominal wound.

Law enforcement reportedly found a silver and black handgun with rounds in a magazine laying on the bed of a large trailer attached to a white Ford pickup.

Court documents state in an interview later Thursday evening with Goodhue County law enforcement, Cole said he was at the address earlier that afternoon to help his father clean mud in a washed-in creek when the skid loader got stuck. Cole reported his father began yelling at him, and Cole expressed frustration over what he believes was constant similar treatment from Terry. Cole said he left on his bicycle and traveled to his father’s residence nearly 3 miles away and retrieved his father’s .45 caliber handgun that was in the basement. While at his father’s house, he reported calling another family member to say he was going to shoot his father.

After returning to 33811 County Road 24 Blvd., Cole reportedly then called 911 to inform dispatchers of his plans and went to where his father’s trailer and truck were parked. Cole reported that he was approximately 10 yards away from Terry when he raised the handgun with his left hand and pointed it at his father while he was seated in the idle skid loader. A shattered window was found on the left side of the machine.

Court documents state Cole said he didn’t know the gun was loaded and had not checked to see if it was. He did say a magazine was loaded into the handgun.

“(Cole) stated that he was only meaning to scare his dad, but the handgun has a hair trigger and the handgun discharged,” court documents state. Cole then reportedly left the area and did not check on his father before heading back toward Terry’s house. He was then told of his father’s death by dispatchers and returned to the address where he was arrested.

A previous version of this article incorrectly stated the township where the death occurred. The death was reported in Goodhue County's Warsaw Township.

Ninety people have tested positive for COVID-19 at Northfield Hospital and Clinics since testing for the virus began March 8.

NH+C President and CEO Steve Underdahl presented the updated numbers Thursday during a hospital board meeting. The positive tests are out of approximately 2,660 total taken at NH+C — a 3.8% positive rate. Those numbers indicate a slight uptick in the positive rate since July. During a July 23 board meeting, Underdahl reported 50 people had tested positive — 2.7%.

Underdahl noted the “vast majority” of those who have tested positive were sent home with a treatment plan.

NH+C is testing those with COVID-19 symptoms and people who are entering surgery. As of Thursday, no cases were reported from those scheduled to have an operation. COVID-19 symptoms can include having a fever, cough, shortness of breath, sore throat, headache, body aches, fatigue, loss of taste or smell or diarrhea. NH+C has expanded COVID-19 testing to include asymptomatic people who have been exposed to someone who has tested positive for COVID-19. Exposure is considered being within 6 feet for more than 15 minutes without a mask to a person who has tested positive for the virus.

In Minnesota, 13 newly reported deaths and 1,158 cases were listed from the virus from Wednesday to Thursday. The Minnesota Department of Health has reported several days of double-digit deaths from the virus within the last two weeks. However, testing delays from a laboratory have caused a lag in results.

The virus has a disproportionate impact on those with underlying conditions, the elderly and people who reside in long-term care facilities. Of the 1,806 deaths attributed to the virus in Minnesota, 1,331 have been residents of a long-term care or assisted living facility.

Discussing the status of the virus throughout the U.S., Underdahl said previous COVID-19 hot spots such as Florida and Arizona seem to be improving. He noted the Midwest is an area of concern but has mainly seen stagnant caseloads. 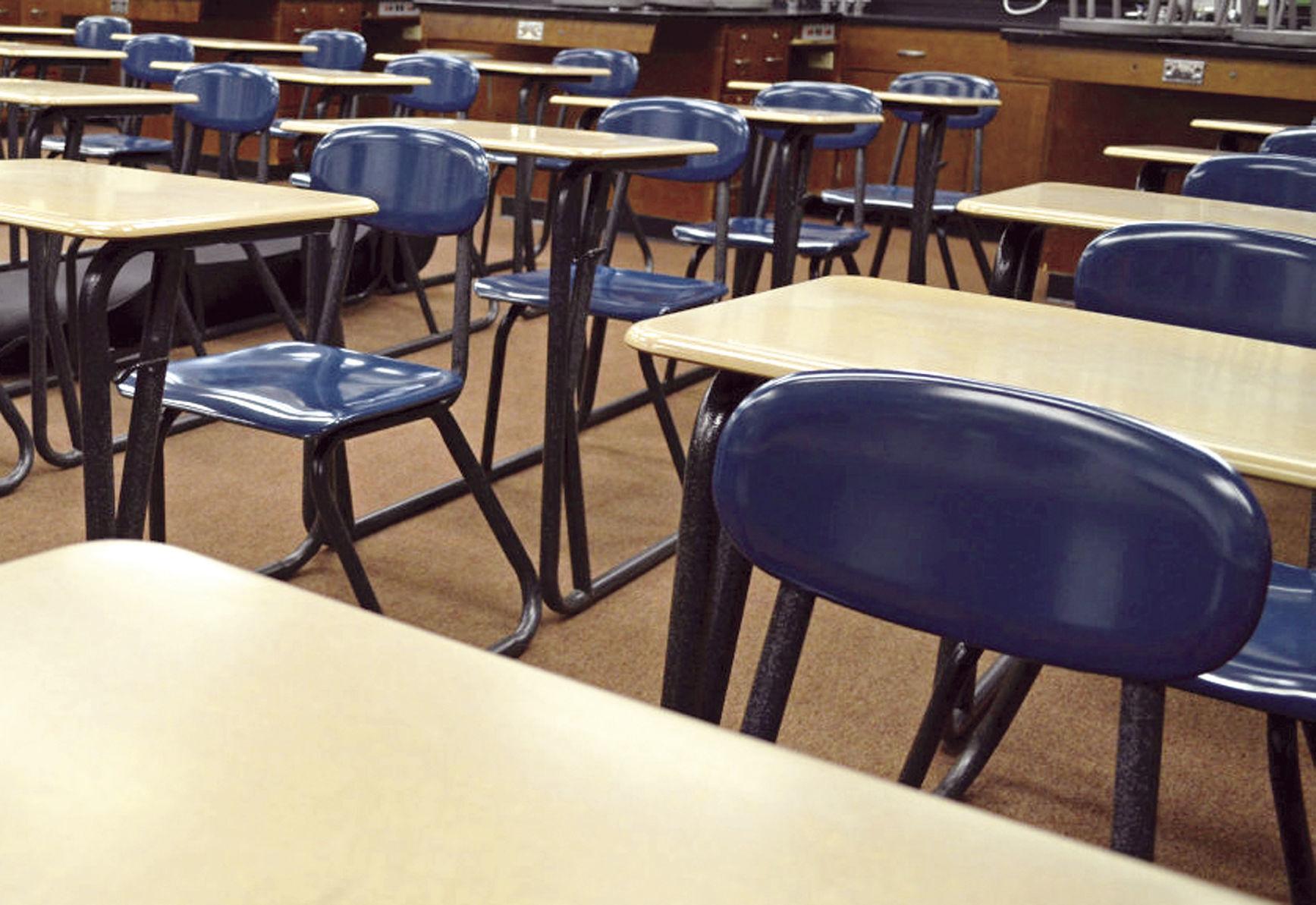