Kruse was one of the Northfield firefighters who recently wished a Northfield girl a happy birthday. During the recent stay-at-home order caused by the COVID-19 outbreak, the department has been doing a lot of “birthday drive-bys” to show their care for the community. (Photos courtesy of Mike Kruse)

Mike Kruse fights a fire west of Nerstrand. He recently announced he is retiring after a 47-year career with the department. (Photo courtesy of Mike Kruse)

Live-in Firefighter Mike Kruse’s gear sits in a locker near the bottom of the fire pole at the Northfield Safety Center in November 2012. (News file photo).

He lives and breathes the Northfield firehouse — literally. Kruse has lived there all 47 years. For all of that time, he’s never had an uninterrupted night’s sleep. There’s always been at least one alarm, something Kruse won’t miss.

But he will miss seeing community members he’s helped out around town, his favorite part of the job. And he’ll miss “his family,” his fellow firefighters who’ve been with him in the best and worst of times.

His dad fought Northfield fires for 23 years, and from a young age, Kruse knew he wanted to follow in his footsteps. He recalled his excitement when his dad told him he had made the cut way back in 1973.

In the beginning he was nervous. Firefighting comes with its share of tragedy, and the last time he saw blood before joining the department, it made him feel sick. When he got started, he arrived at a tragic scene and an older firefighter told him to look at a corpse to develop his nerve. He looked, and the nausea never came, and he knew from then on he could do the job.

Since then, Kruse has worked with 125 different firefighters, seen the firehouse renovated, and responded to around 14,000 calls. He remembers the car accidents and medical emergencies of course, but his clearest memory is having to deliver a baby. The grateful new parents asked Kruse to be the child’s godfather. He said yes.

The department will sorely miss him, not only because Kruse is the best pump operator in the surrounding area, but because he’s selfless, a great teacher and an institution at the firehouse, Fire Chief Gerry Franek said.

“He’s always willing to help out, whether it be work a community service project or give a ride to a kid to a birthday party,” Franek said.

Franek remembers responding to a building fire with Kruse some years ago. Kruse was on top of the truck, working the pump, while Franek was down below. During the battle, a nearby gasoline storage tank got so hot that it took off like a rocket toward the truck. A flash of petrification later, the tank had just missed the truck, and Franek and Kruse locked eyes, acknowledging the moment’s absurdity and their luck. It’s these moments that have brought Northfield’s firefighters so close, and will make Kruse’s departure so hard.

Kruse has been talking about retiring since 2008, but he’s never been able to bring himself to leave — a running joke in the department, he said. These days though, his body is telling him it’s time to rest. His feet hurt, his legs are tired.

Now, Kruse will finally get the time to relax his body has yearned for. He’ll leave the firehouse and move to Finlayson. He’s looking forward to fishing and hunting, and hopefully having a beer or two with his former co-workers when they visit.

“It’s time for the young people to step in,” Kruse said. “You get that feeling that it’s time, and I’ve got that feeling. The city of Northfield, they don’t have to worry about what’s going to happen when I leave because they’ll be able to take care of it.”

What made Kruse such a successful firefighter? Franek said it has been his strong willingness to serve the community. That fire never went out.

The 2020 Northfield High School graduation ceremony will be held for students and their families online May 31.

Principal Joel Leer announced the decision to cancel an in-person graduation ceremony to help limit the spread of COVID-19 May 5 in a letter to students and their families.

The ceremony begins at 2 p.m. and will include recorded remarks from Superintendent Matt Hillmann, Leer, School Board Chairwoman Julie Pritchard, a student representative from this year’s class, and the commencement address from a teacher selected by the senior class.

Leer said names will be read by NHS teachers TJ Wiebe and Stephen Cade, as the graduates’ photos are displayed.

Immediately following the ceremony, diplomas will be distributed to members of the senior class via curbside pickup until 6 p.m. at Northfield High School.

“While we understand and respect the suggestion of delaying the ceremony, there is too much uncertainty around a postponement that prevents it from being the best decision,” Leer said. “Our plan assures the safety of the class and their loved ones. It will also allow all class members to receive their diplomas and graduate on the originally scheduled day. It is not ideal, but it will be substantive and celebratory.”

Plans are in the works to have a school district-sponsored reunion of this year’s class next spring to allow graduates to be together in the high school, share a meal and memories in a way the pandemic is not expected to allow this spring.

“This is not how any of us hoped your senior year would culminate,” Leer said. “We know that distance learning has been a difficult time and you have sacrificed many important traditions this spring. Despite these challenges, you have stayed strong and successfully reached the milestone of graduation.

“We remain committed to celebrating your achievements even during this time of social distancing. Make no mistake about it: the Class of 2020 will forever be remembered for what you have had to endure, and how you did so with grace and spirit.” 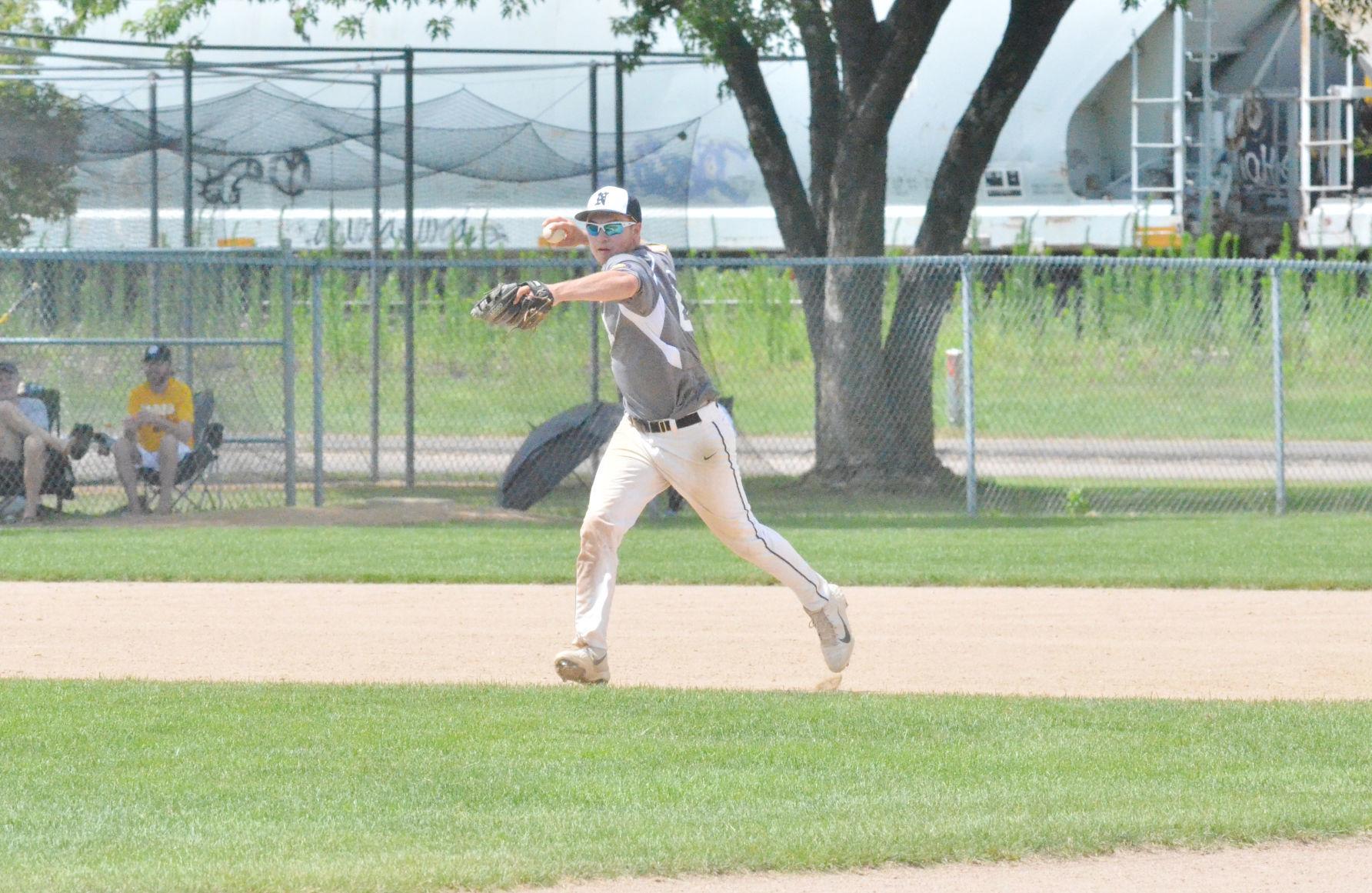 Joey Glampe, pictured last summer playing for the Northfield Legion baseball team, will not have a chance to play this summer after Minnesota Legion official’s decision Saturday to cancel the 2020 season. (Northfield News File Photo) 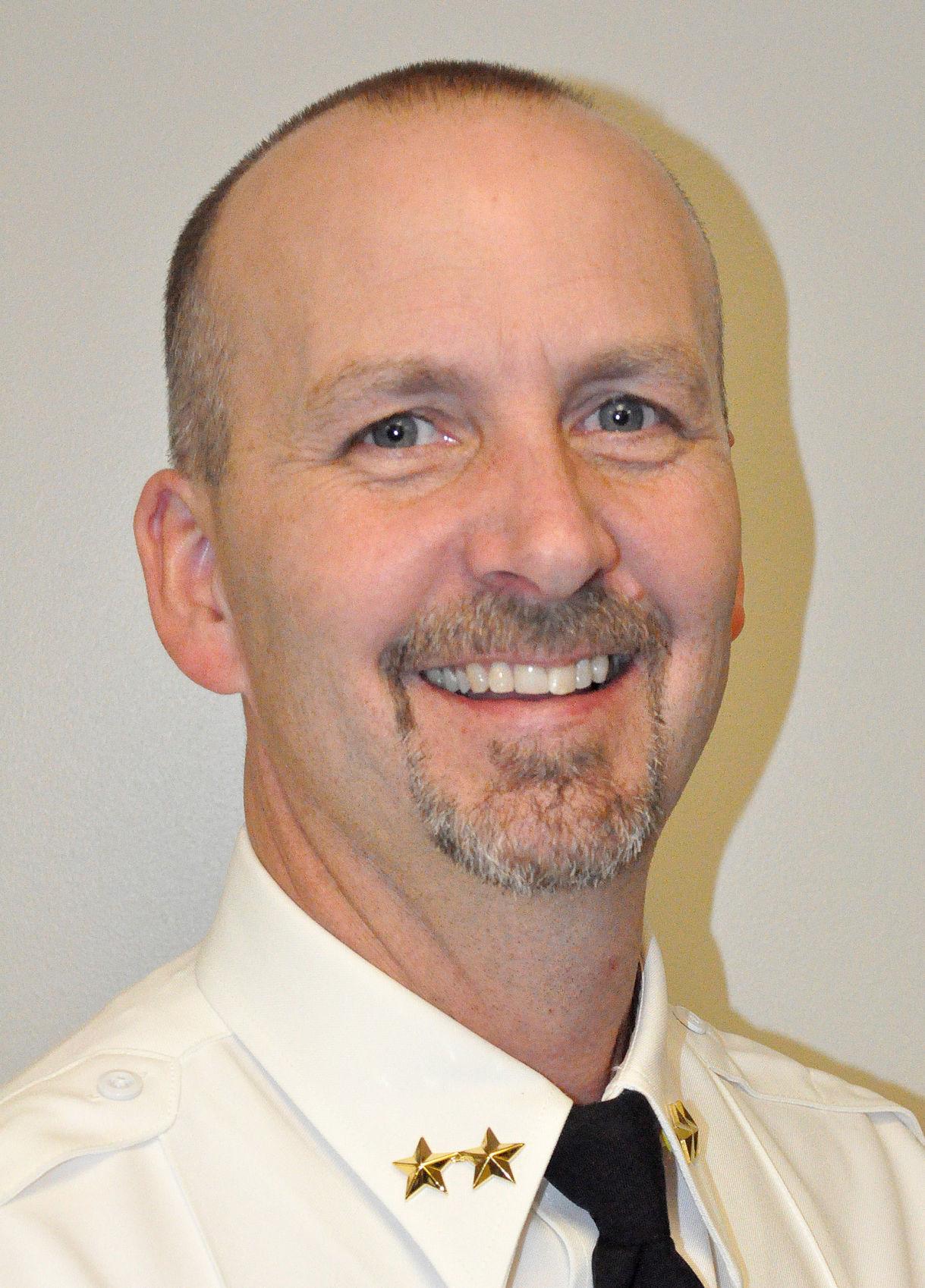 Three Links was notified Tuesday of an employee who had tested positive for COVID-19.

Three Links Director of Marketing Pam Tidona said the impacted employee, who works at the Cottage on Forest assisted living facility, doesn’t provide direct patient care and was last at the location April 30.

Tidona said Cottage on Forest staff “have had “very limited contact with other parts of the Three Links Campus over the last two months.”

“Our top priority is to keep our residents and staff safe, healthy and informed,” Three Links CEO Mark Anderson said Thursday. “With the cooperation of our staff and community, we have implemented strict measures to prevent COVID-19 within our settings over the past couple of months, but unfortunately, an employee has recently tested positive for COVD-19.”

The news came as total confirmed COVID-19 cases in Minnesota hit 9,365 Thursday, up 786 from Wednesday, the largest single-day jump in cases. It continues a string of days of accelerating case counts as testing for the virus intensifies.

The virus has taken an especially deadly toll in long-term care facilities. According to the Minnesota Department of Health, as of Thursday 407 of the 508 people who have died from COVID-19 in Minnesota were residing in a long-term care or assisted living facility. The average age of death from the virus is 83 in Minnesota.

Tidona said no residents have tested positive for COVID-19 at any Three Links location.

“Three Links continues to work in collaboration with the Minnesota Department of Health to ensure all appropriate steps and precautions are taken at this time,” she said.

Only essential visitors are allowed to enter Three Links buildings after passing a screening with a temperature check. Staff members who are exhibiting symptoms are expected to self-quarantine at home. Tidona said people must wash their hands when entering a Three Links location, and additional hand sanitizer stations have been installed. Three Links has increased social distancing measures and adopted additional monitoring and surveillance of residents including temperature checks. Employees and essential visitors must wear fabric or surgical masks when entering a facility per CDC guidelines.

Two residents of the Northfield Retirement Community who tested positive earlier this month for COVID-19 have since recovered, according to NRC staff. NRC and Three Links are the only two facilities in Rice County to have a staff member, resident or visiting provider test positive for the coronavirus.

A passenger car was also damaged in the crash.

The squad car is seen damaged at the intersection.

A crash involving a Northfield police car was reported Wednesday afternoon at the intersection of Highway 3 and Jefferson Parkway. Additional information is not available at this time. (Photos courtesy of Joe Ahlquist)

Two people, including a Northfield police officer, were injured May 6 in a crash involving a police squad car at the intersection of Highway 3 and Jefferson Parkway.

The officer, Andrew Michael Wierson, 40, was treated and released. Alex Anthony Payes, 25, of Northfield, the driver of a 2010 Toyota Rav4, was eventually taken by air ambulance to Hennepin County Medical Center. His condition at this time is unknown.

The passenger of the Rav4, Jose Rodolfo Payes, 19, of Northfield, wasn’t injured in the crash.

According to the Minnesota State Patrol, the squad car was responding to another emergency call, heading north on Highway 3, while the Rav4 was heading west on Jefferson Parkway when the two vehicles collided shortly before 5:30 p.m.

Look to the News for more information as it is released.