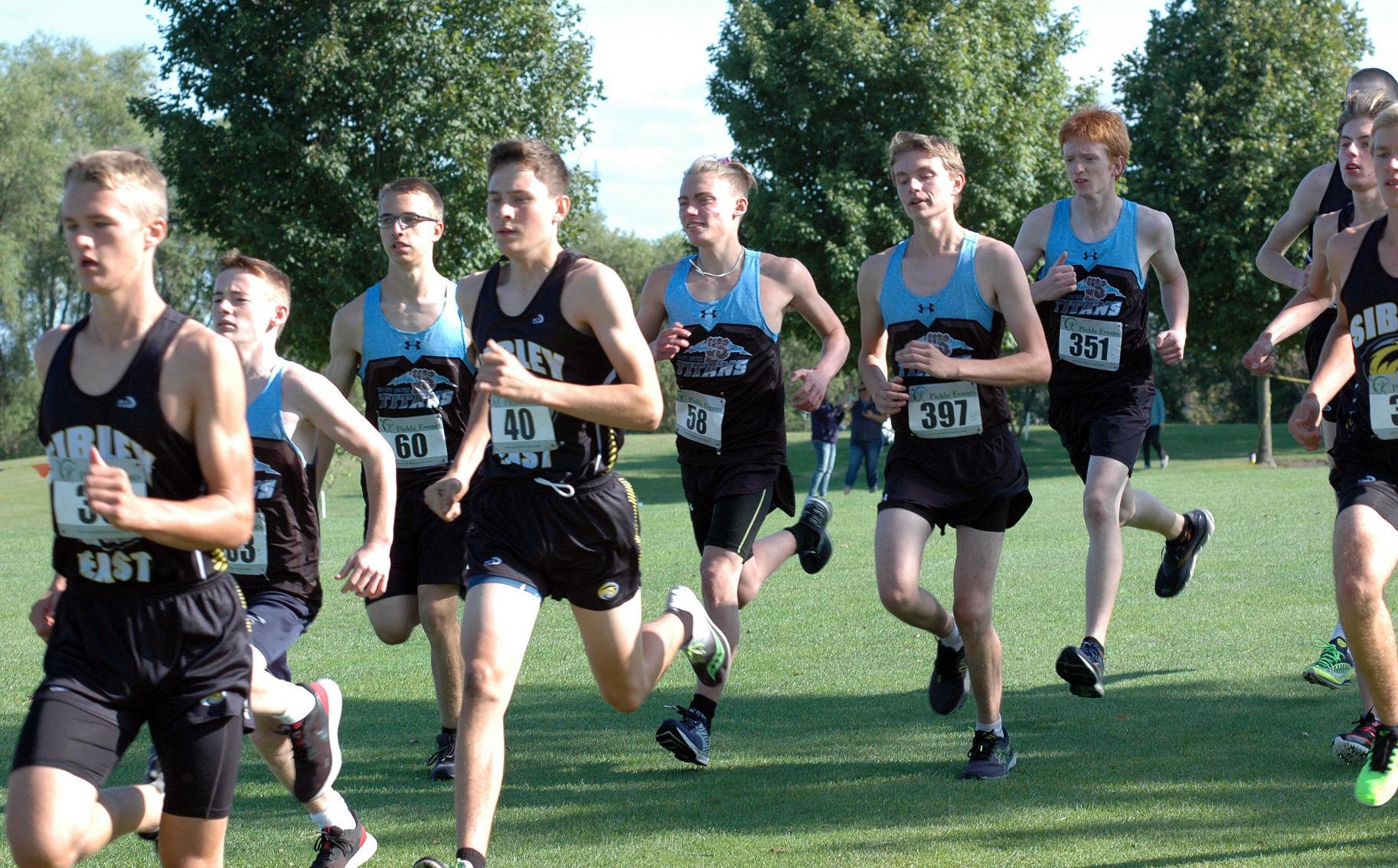 TCU Lonsdale kindergartners prepare to listen to a book their teacher, Ellie Ryan, read to them on the first day of school Thursday.

Tri-City United Lonsdale teachers hadn’t taught in their classrooms since March, and even if the 2020-21 school year is starting out differently than previous years, they’re smiling underneath their masks.

“It went very well; the day went very fast,” TCU Lonsdale second-grade teacher Abby Brockway said. “It was nice to have the excitement of the students and the staff in the building, and even though you couldn’t see their smiles, you could just hear the excitement in their voices.”

Said TCU Lonsdale fourth-grade teacher Megan Warner: “We were waiting to see those sweet faces … It was really, really good to see them in person.” 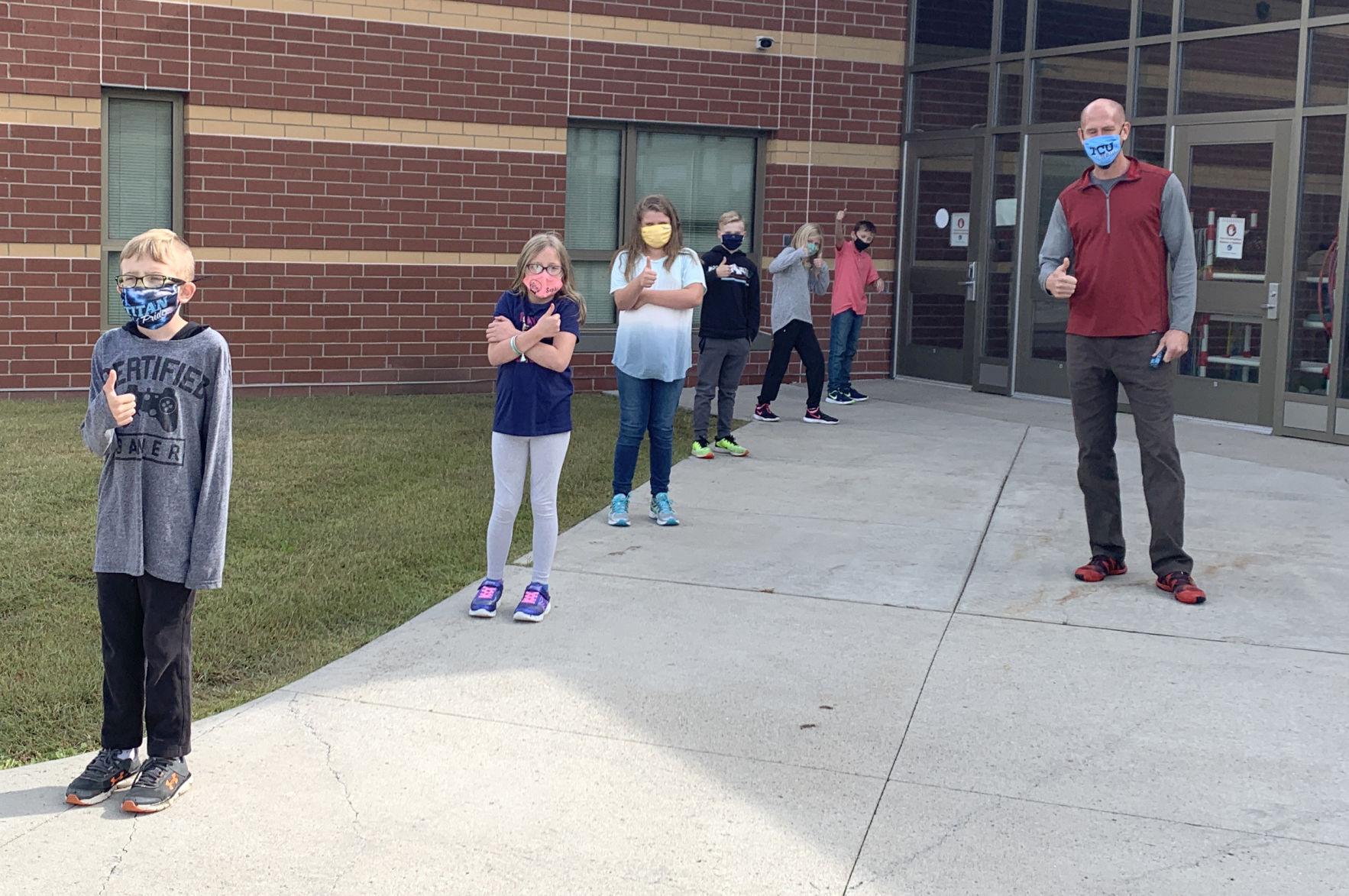 TCU Lonsdale fifth-grade teacher James Nelson poses for a first day of school photo with his students outside the building.

One major change for teachers this year is dealing with smaller class sizes. Since TCU Schools adopted the hybrid learning model per health and safety guidelines, students in the “A” group and “B” group attend school in person two days a week and every other Friday. Students in the “B” group started school Thursday, and “A” group students started the next day. 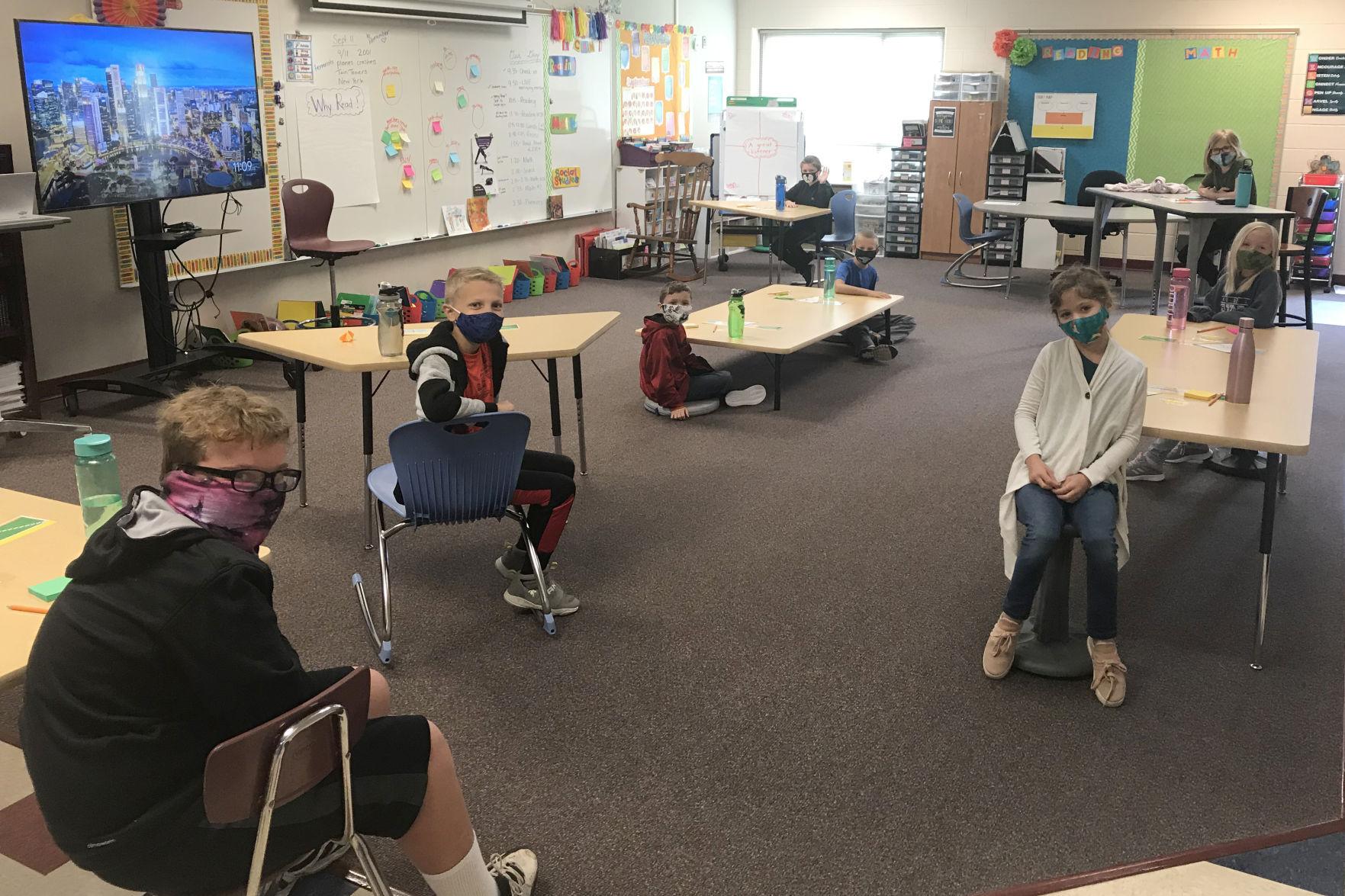 Students at TCU Lonsdale began their first hybrid learning days Sept. 10 and 11. Fewer students than usual attend school in person at a time, as shown in this picture. (Photos courtesy of TCU Lonsdale Elementary)

Warner distributed Chromebooks to students on their first days, helped everyone log in, and instructed them in using Google Classroom. Eleven of her students attend school in person on “A” days and eight on “B” days, but the whole class comes together through Google Meets projected on a TV screen. Students at home will log on in the afternoon during read aloud time. Unlike last year, during distance learning, Warner will teach lessons in person and allow students time to apply their skills at home.

“I think with the smaller class sizes we were able to really instruct on the first day,” Warner said.

“With the classes split in half to a smaller group, everyone had a chance to talk.” 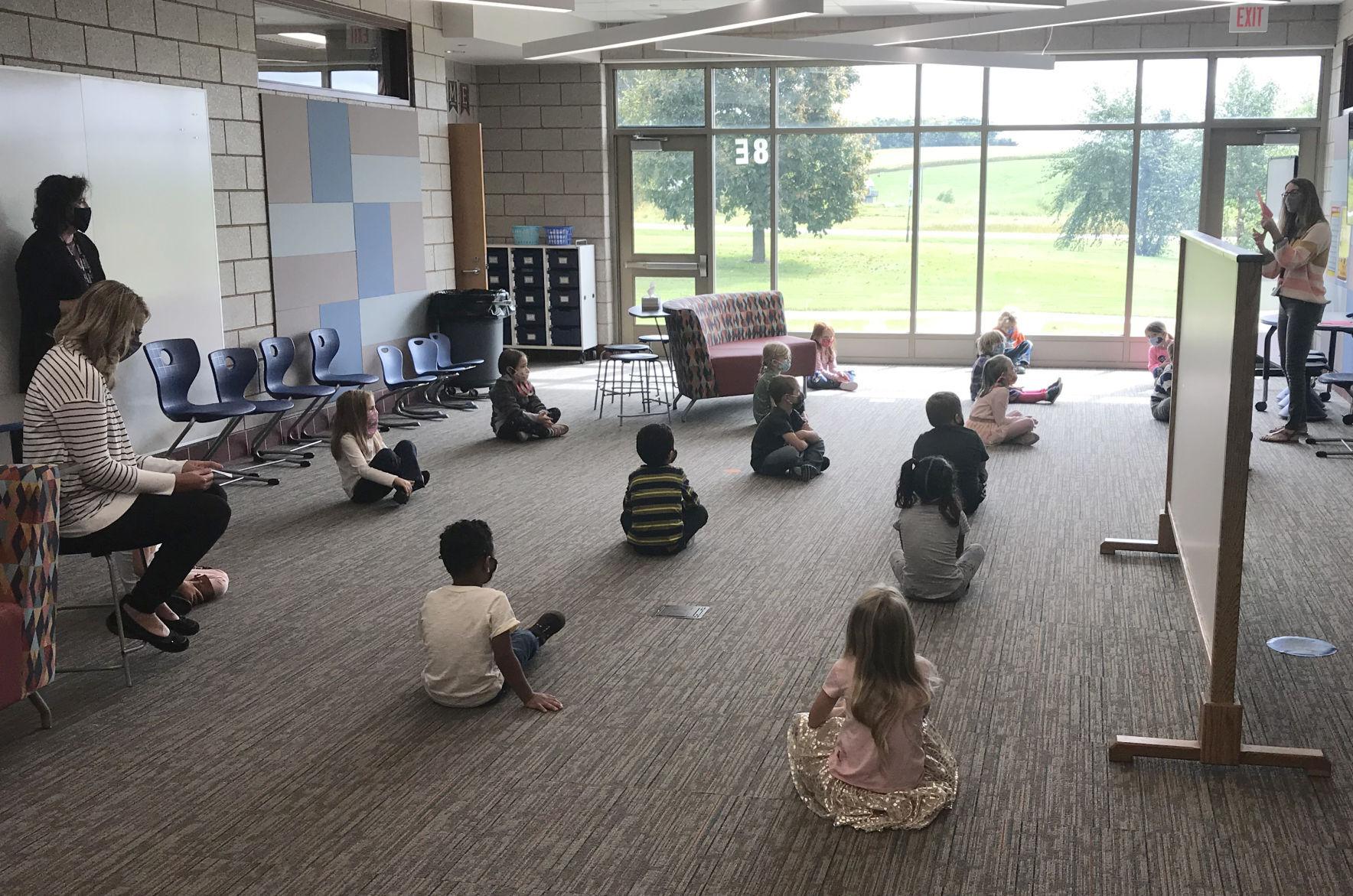 TCU kindergartners in Ann Swartout’s class spread out in the atrium for a lesson on the first day of school. (Photo courtesy of TCU Lonsdale Elementary)

Brockway agreed that spending one on one time with students is an advantage to the smaller class sizes. On the first day of school especially, this allowed for more time to establish routines, answer questions, and get to know one another.

Students who elected to use distance learning full-time participate in virtual cohorts composed of students across the TCU district, and their teacher focuses only on those students. 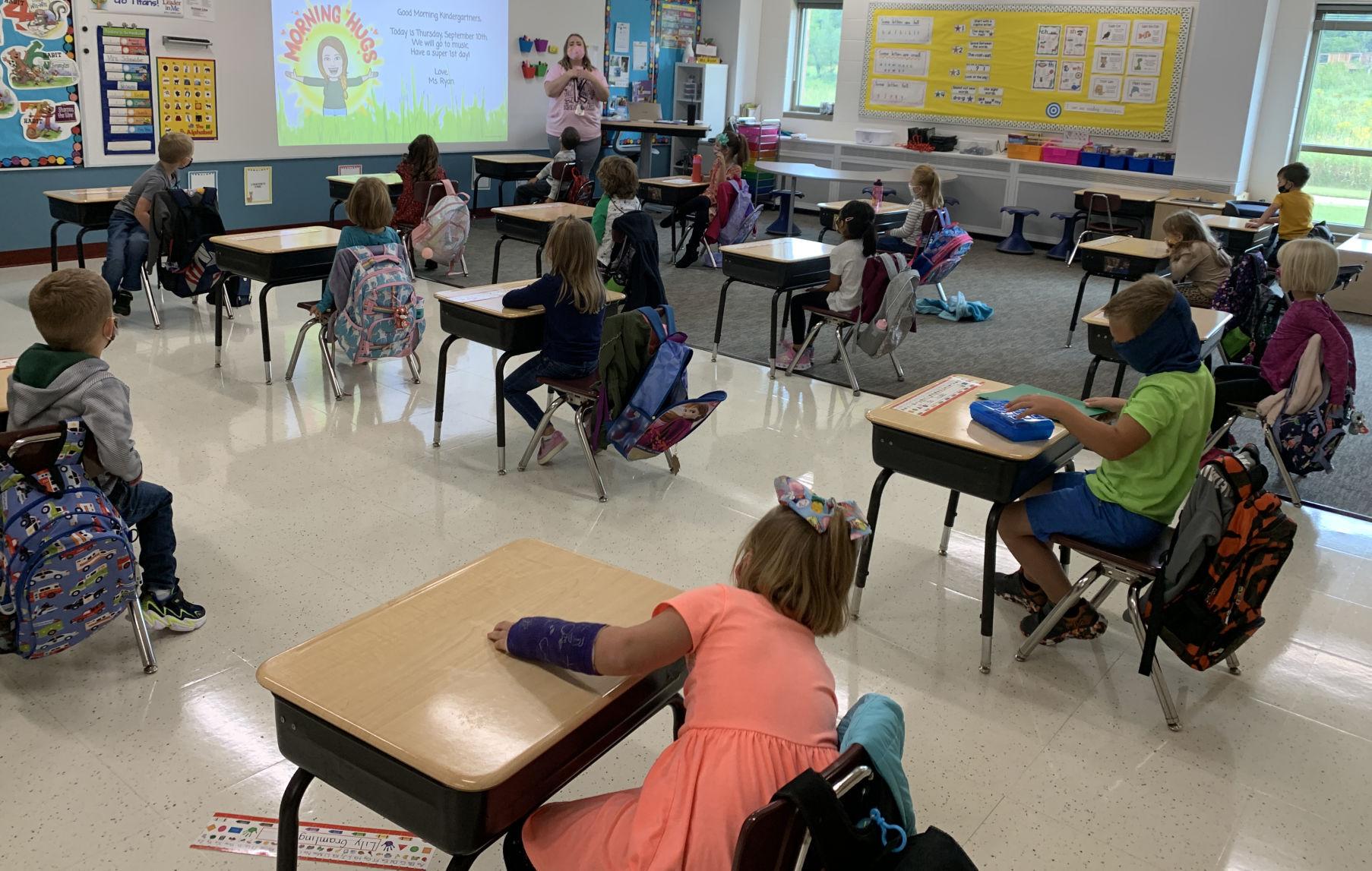 TCU Lonsdale kindergartners in Ellie Ryan’s class have their desks facing in the same direction, per health and safety guidelines. (Photos courtesy of TCU Lonsdale Elementary)

Warner said the six-foot spacing was the biggest adjustment for her classes. In her class, students sit on mats so they can stretch out while staying in the same spot.

“We kind of expected it to be a bit tricky, but they did really well,” Warner said.

In second grade, Brockway often reminds her students to respect one another’s “bubbles” regardless of the pandemic. This year, that conversation isn’t just about personal space but keeping others healthy. With that comes reminders to keep masks on and wash hands. 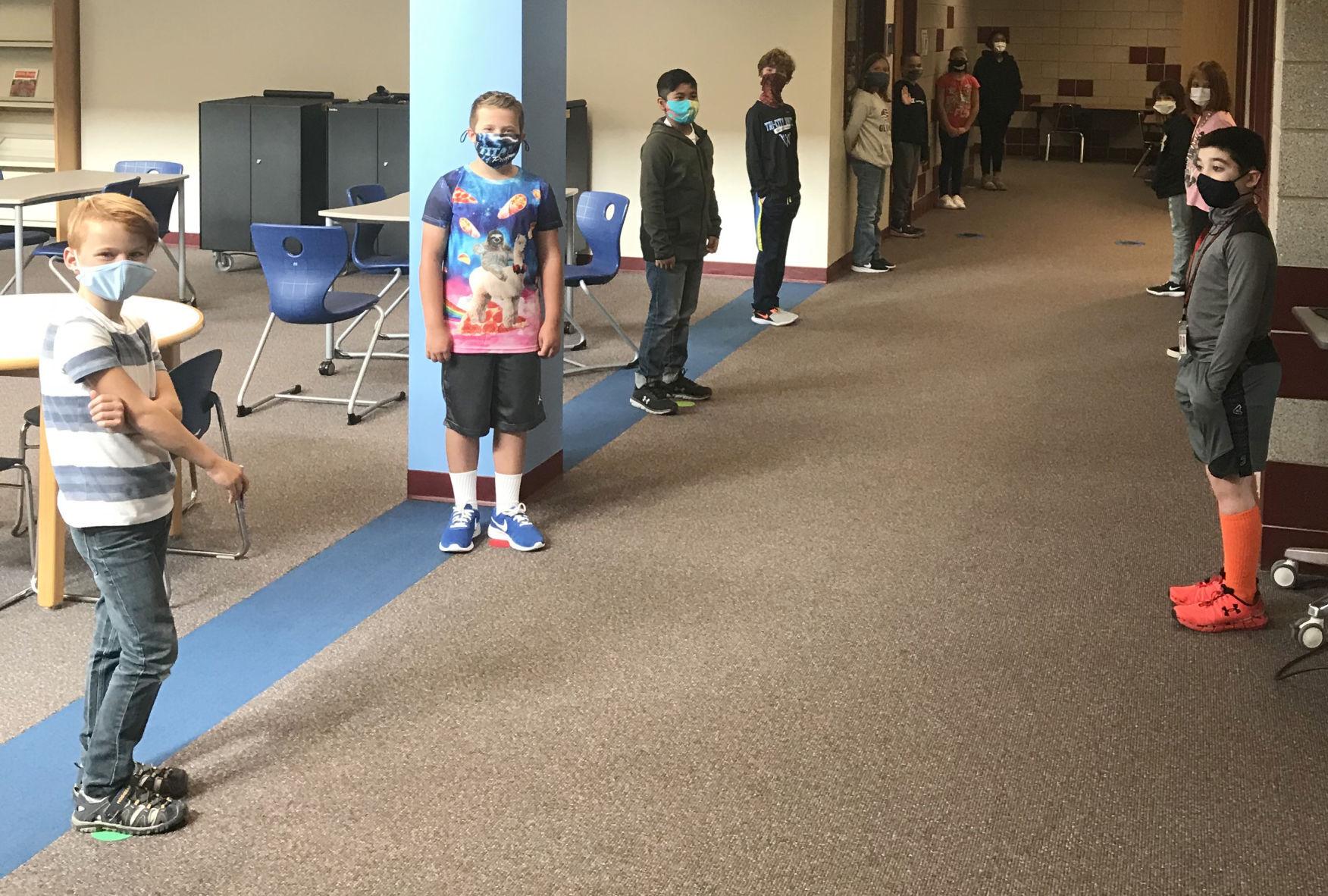 At TCU Lonsdale this year, to allow for social distancing, students stand six feet apart in line while waiting to use the bathrooms. (Photo courtesy of TCU Lonsdale Elementary)

Students’ understanding of the pandemic varies according to their age level. As a second-grade teacher, Brockway said she focuses on the virus in general and talks to her students about staying healthy and taking care of their bodies. She plans to read students a book called “When Virona the Corona Came to Town” to help them understand what happened in March, why schools needed to close, and why things are so different now. Brockway believes parents have the option to talk more in depth about the virus outside of school with their children.

In Warner’s fourth-grade classroom, she chose to talk about healthy choices and the importance of hand washing. Since school began the day before the 19th anniversary of the 9/11 terrorist attack, she talked about how that moment in history stands out to those who lived through it just like students will remember living through the coronavirus pandemic, even when they grow up.

“No one seemed fearful at all, just doing their part,” Warner said.

Overall, Brockway believes the district was well-prepared for the changes with arrows in the hallways and markers to show far apart students need to stand while waiting in line for the bathrooms.

The Sumo Egg Rolls food truck will be one of five food vendors at the Lonsdale Street Fair, which will be held 5 to 8 p.m. on Ash Street NE near the Mackenthun’s parking lot. (file photo/southernminn.com) 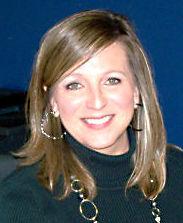 An outdoor event coming to Lonsdale this week marks the first time the Lonsdale Chamber of Commerce has hosted a large group gathering in months.

Following the cancellation of Lonsdale Community Day, due to the coronavirus pandemic, Lonsdale Chamber of Commerce Executive Director Shanna Gutzke-Kupp wanted to support and promote local businesses and organizations in a creative new way. Combining that mission with the goal of bringing the community together, the Lonsdale Street Fair was born.

Hosted on Ash Street outside of Mackenthun’s Fine Foods, the Lonsdale Street Fair will run from 5 to 8 p.m. Thursday, Sept. 17. The event includes 27 vendors, music, inflatables for children, and a beer garden.

“For the safety of our vendors and community, we’re requiring masks if you are able,” Gutzke-Kupp said. “I will have disposable masks that will be provided for everyone located at the Chamber booth. Also there will be wash stations, sanitizer and signage asking for social distancing.”

Live music from 5 to 6:30 p.m. will add to the ambiance of the street fair. Performers Hank Nieland, who plays the dobro among other instruments, and guitarist Wade Fradenburgh together make up one act, and saxophonist Zach Miller will share his talents as well.

Attendees may pick up sponsor passports at the Lonsdale Chamber booth, receive marking from the different vendors, and turn in their cards with the opportunity to win one of two gift baskets at the end of the night. Participants do not need to be present to win.

Gutzke-Kupp noted that the Lonsdale Street Fair may mark the last big outdoor event the community attends before winter. Since large indoor gatherings remain a health risk, she said the multi-chamber event usually scheduled for October has been cancelled. The next event on the agenda is Lonsdale First! Loyalty Program, which the Chamber will discuss in depth at its next meeting.

A $50,000 transfer from the Lonsdale Liquor Fund to the Park Fund will help the city finance the Trcka Park building and rink project currently in the works.

The Minnesota Department of Natural Resources (DNR) Outdoor Recreation grant, which the city obtained last year to put toward the Trcka Park building and ice rink project, required the city to match grant funds one to one. In order to meet that requirement and finance the project, city staff proposed transferring $100,000 from the liquor fund to the park fund. Lonsdale Liquor has sufficient funds to make the first half of its transfer this year and the second half in 2021.

At the Lonsdale City Council meeting held Thursday, Lonsdale Liquor Store Manager Lynette Moe presented a $50,000 check donation to the Park Fund. The $50,000 is from the profit side of the business, not operating expenses, and this transfer prevents the city from using reserve funding for the cause.

The full DNR Outdoor Recreation grant amount is $250,000, and to receive the full grant, the city must contribute that same amount to the project. Apart from transferring $100,000 from the Liquor Fund to the Park Fund, other sources like donated equipment and the property tax levy will help the city meet its goal.

At the meeting, Moe explained that Lonsdale Liquor borrowed from the Sewer and Water Fund to open in 2007, and she paid off that transfer so she could start contributing to community attributes, like Trcka Park. Moe made the final payment on the building in January 2019.

Since the beginning of the coronavirus pandemic, Moe reported the liquor store has experienced no negative effects in terms of finances. Sales spiked in March especially, by about 40%, as customers stocked up on products near the beginning of the pandemic. Sales recently started to plateau, but Moe said the overall sales continue to be higher than last year.

The city of Lonsdale’s insurance agent, Pete Flicek of Flicek Insurance Agency, presented to the City Council a review of the city’s premium and policy during its Thursday meeting.

The League of Minnesota Cities Insurance Trust (LMCIT) provides insurance coverage to Lonsdale for property, equipment breakdown, municipal liability, automobile liability and automobile physical damage, and bond. The total premium for 2020, which the City Council approved Thursday is $98,170, an increase of 16% over 2019 and 18% over 2018.

The increase is due to three main factors. The value has increased on insured assets, which LMCIT had appraised, and the city submitted prior claims for insurance coverage in areas that include damage to vehicles, vandalism at parks, a snowblower repairment and various equipment failures. The premium also includes builders’ risk for the Trcka Park building and rink project.

The line items in the specific departments covered by insurance will be impacted, said City Administrator Joel Erickson, but the city will be working within the context of keeping the tax rate the same.

Lonsdale received approximately $311,000 in CARES Act funding, and the city is offering grants of up to $3,500 to approved applicants, on a first come, first serve basis. Erickson said the city has submitted approximately $260,000 to the state so far. 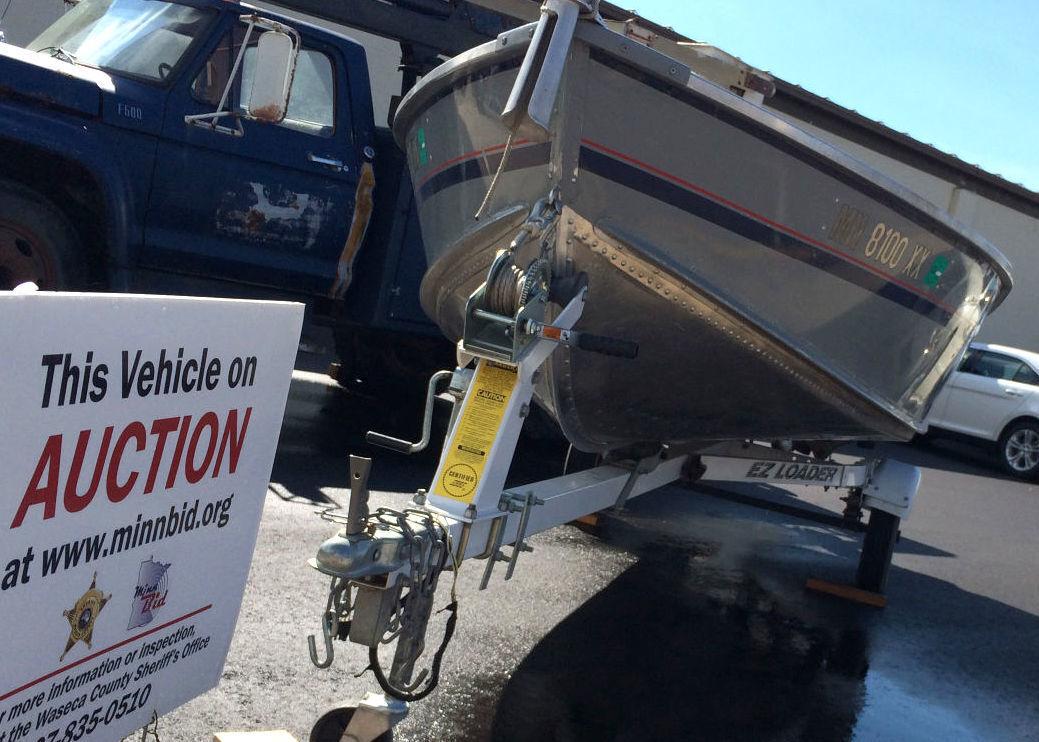 Total assets seized by Minnesota law enforcement declined from roughly $11.1 million in 2018 to $10.5 million in 2019. Even with the drop, asset forfeitures are still significantly higher than they used to be. (File photo/southernminn.com)