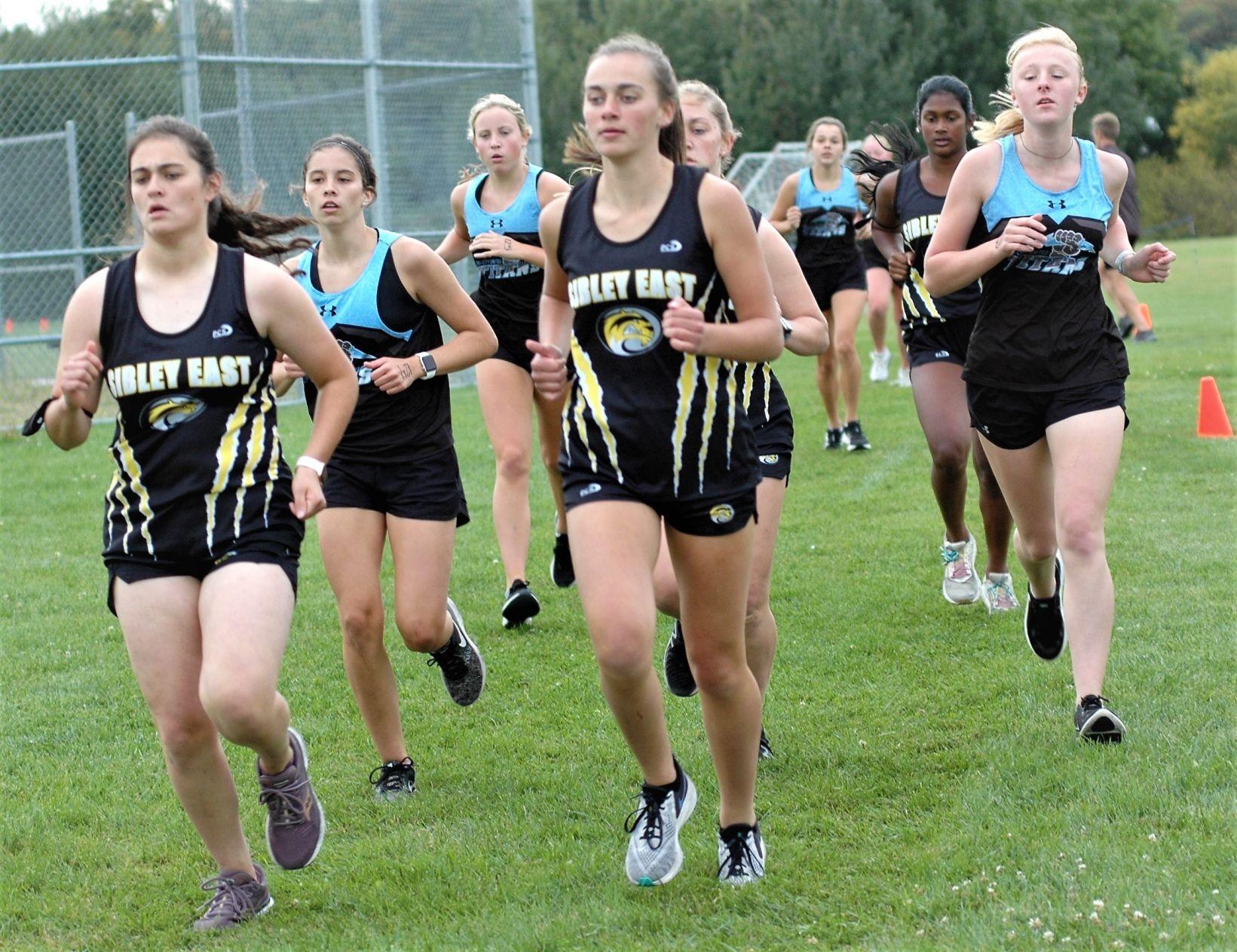 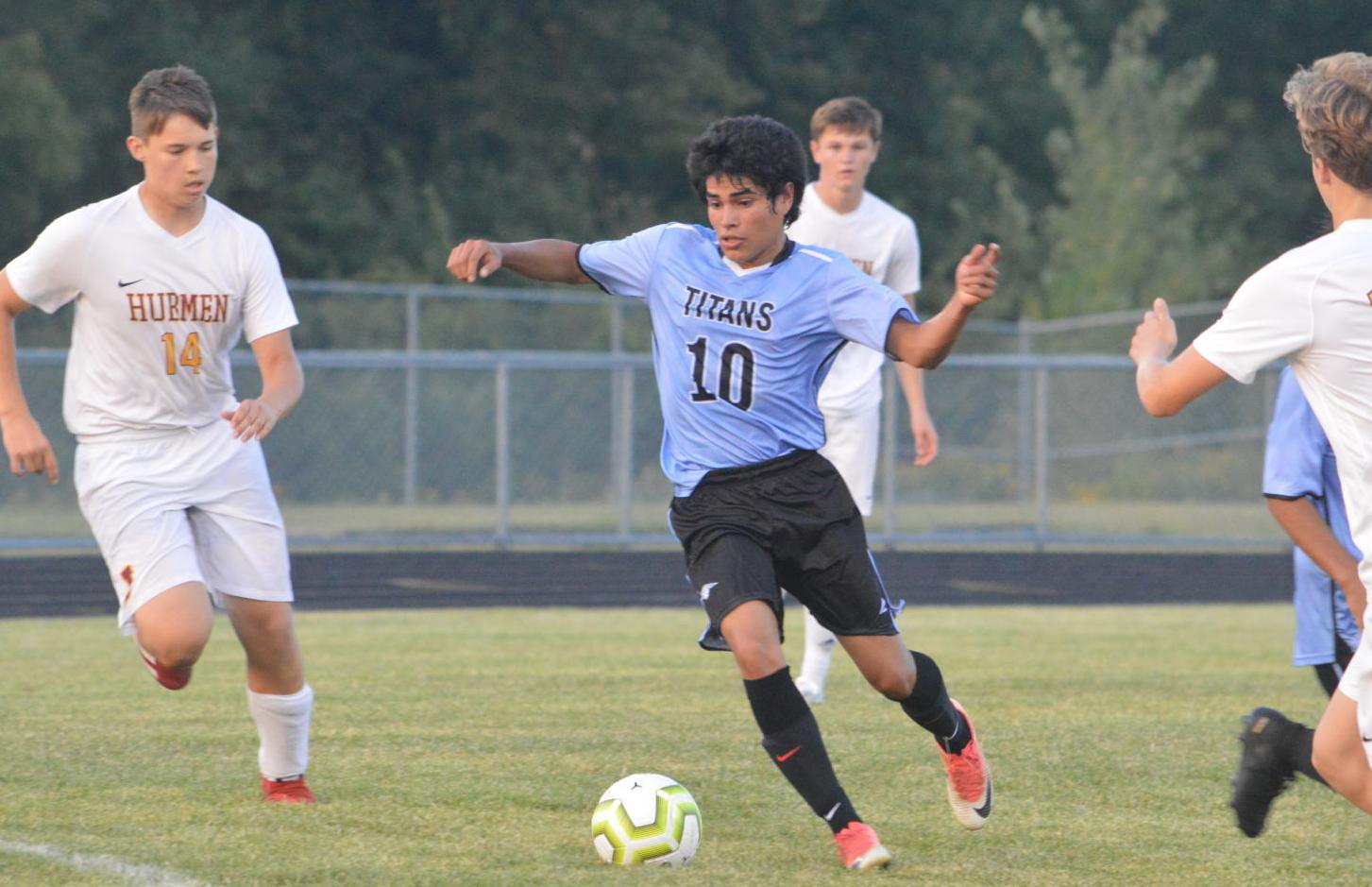 Minnesota State High School League schools like Tri-City United will have higher athletic costs in fiscal year 2021 due to the league’s losses during the pandemic. Pictured, TCU senior Alex Balcazar demonstrates his soccer skills for the Titans. (File photo/southernminn.com)

Lonsdale resident Michael Moran knew he needed to make a lifestyle change after years of struggling to lose weight. As a motivator for himself and others, he decided to track his journey online and via documentary. (Photos courtesy of Michael Moran)

Micheal Moran has lived in Lonsdale with his wife, Kambra, for five years. Thinking about their two children increased Moran’s motivation to lose weight and increase his chances of a longer life.

Michael Moran is determined to meet two goals in the next 18 months: to lose a substantial amount of weight and chronicle his ups and downs in a feature-length documentary.

“Right now, this is my magnum opus,” said Moran, a Lonsdale resident. “I’m just excited to challenge myself and take it on.”

Documentaries advocating for better health strike a cord with Moran. He’s dealt with health issues and weight struggles his whole life. At over 500 pounds, his weight has contributed to limited mobility as well as knee and hip problems.

A turning point for Moran happened earlier this year when he visited the ER with symptoms related to high blood pressure. At 36 and weighing 532 pounds, he thought, “I’m not going to make it to 46, and I need to figure something out.” Moran especially wanted to make a change for the sake of his two children, William, 6, and Norah, 4.

As an amateur filmmaker, Moran has committed to documenting his weight loss through a project in two parts. Followers of Moran’s journey to better health can view behind-the-scenes clips each week on platforms like Facebook, Instagram and TikTok for the next 18 months. At the end of that period, Moran plans to compile additional footage into a feature-length documentary titled “The Battle for Life.” 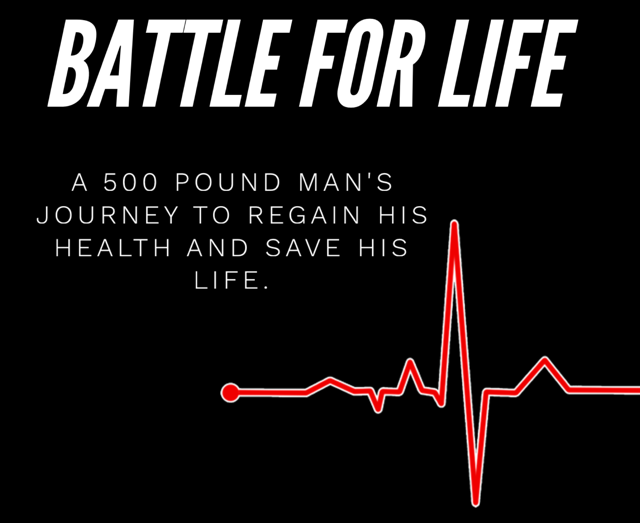 “Battle For Life” is a documentary in the making Lonsdale resident Michael Moran has committed the next 18 months to producing. The documentary, which will be available for streaming on Amazon Prime Video after it’s completed, documents his weight loss journey. (Image courtesy of Michael Moran)

“I want to document my journey not only for the accountability … but when I succeed, I’m going to be able to inspire a lot of other people,” Moran said.

Moran weighed in at 517.2 pounds when he did his first weigh-in for the documentary earlier this month and lost 12.4 pounds by his second weigh-in. He posts his weigh-in results to social media sites every Saturday and also delivers a livestream recap of the week on Sunday evenings. Throughout the week, he posts updates with a dash of humor to keep the material engaging. 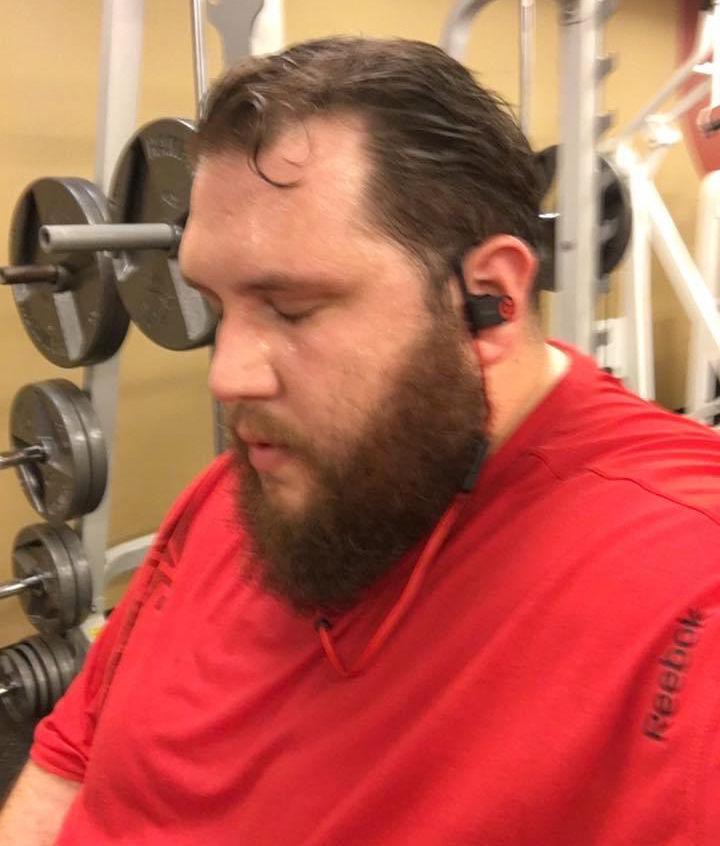 Michael Moran wants his documentary footage to show both his struggles and achievements with vulnerable moments as well as dashes of humor.

Part of Moran’s project also involves highlighting what works and what doesn’t when it comes to adapting a healthy lifestyle. For the final documentary, he plans to interview myriad health experts to talk about the science behind effective weight loss. To help pay fpr the production costs, Moran organized a GoFundMe page. Donations will cover costs for lighting and sounds, marketing, copyrights, music and medical equipment to reveal the effects of Moran’s weight loss approach on his body.

Dustin Sammon, a friend of Moran’s for the past three years, agreed to help edit the project. Moran’s wife, Kambra, helps out with the filming, and some of his friends in the music industry will likely provide a soundtrack.

“Mike and I were first friends, and so we hang out a lot,” Sammon said. “I have a disability, so he’s been a good support for me, and I’m just trying to help support him through this endeavor.”

Sammon began his own editing business from his Lonsdale home over one year ago. Working with Moran on a true-to-life story, he said, “It’s already been inspiring to me myself, when I look at my own health.”

After he completes the documentary, Moran plans to host a film premiere with a question-and-answer session. “The Battle for Life” will then stream on Amazon Prime Video, and marketing will determine whether or not the documentary shows up in the suggested feed.

“When I thought about this, the thing that really excited me about it was that not only do I get to challenge myself by making a feature-length documentary but challenge myself by losing weight,” Moran said “ … I’ve had messages from people talking about how inspired they are. It’s humbling to me.”

Micheal Moran posts updates on his weight loss process on various social media sites. View behind-the-scenes footage at facebook.com/thebattle4life or search "The Battle for Life" on Instagram or TikTok.

To contribute to Moran's cause, visit his GoFundMe page at bit.ly/3cd3GJp. 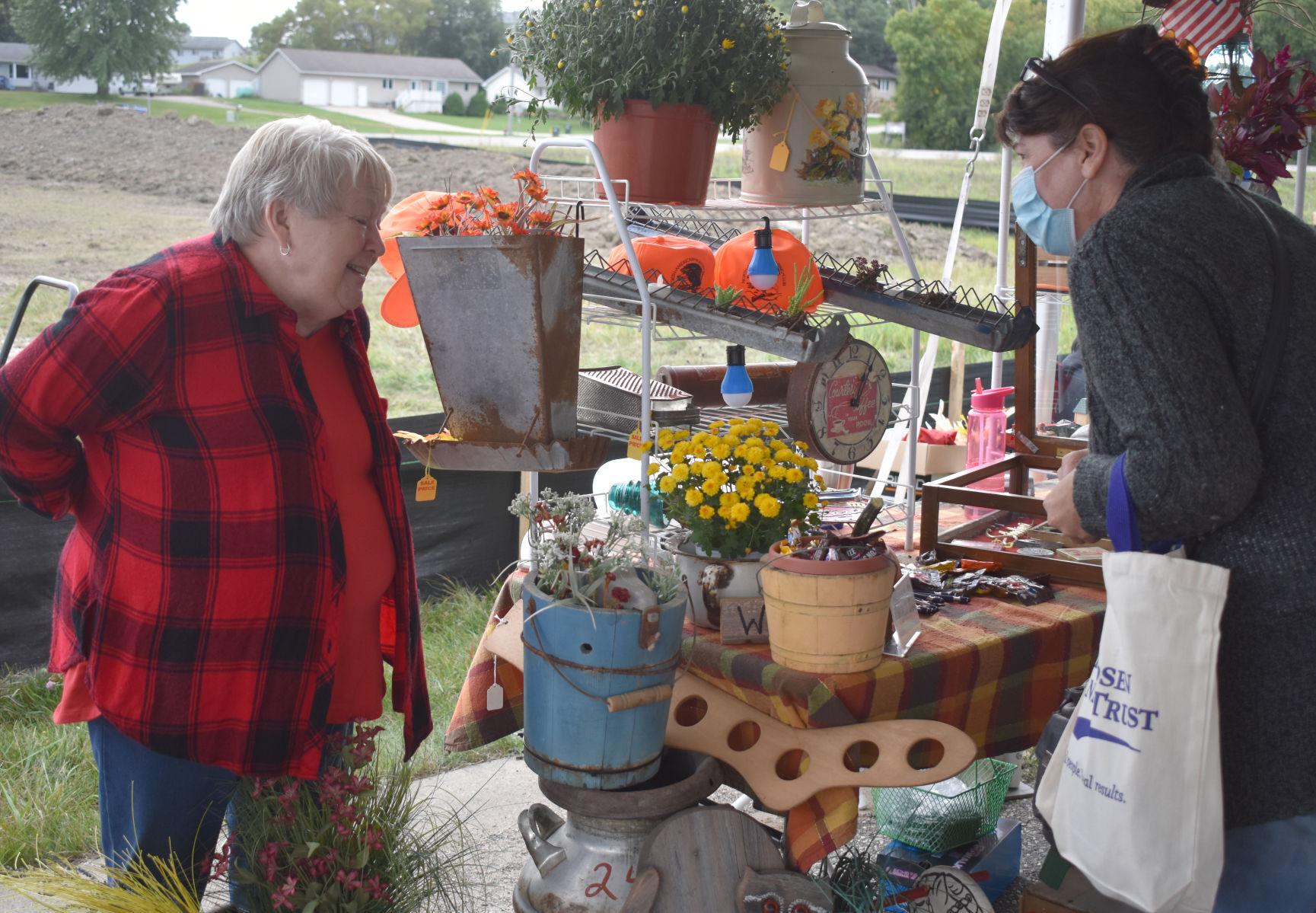 Lonsdale residents can expect little to no increase in their property taxes for 2021.

On Monday, Sept. 14, the council held its final special meeting to discuss the city’s 2021 preliminary property tax levy before approving it at a regular meeting. The Lonsdale City Council is scheduled to approve the preliminary budget at its Sept. 24 meeting in time for Rice County to certify it before the Sept. 30 deadline.

Mayor Tim Rud said the economic effects of COVID-19 partially drove the decision to keep the tax rate the same, and that the council kept in mind families that are struggling. In addition, he pointed out that a number of properties will have special assessments as a result of roadwork in their neighborhoods.

“We’ve had some pretty good discussions with the department heads,” Rud said. “… I think it’s a good budget; I’m happy with it.”

Rud said most residential property owners will pay a similar amount in taxes in 2021 as they did this year, plus or minus $100. The county sets valuations, however, and that could impact the actual amount.

Erickson said most businesses, at least the ones he tracks, will see a decrease in their city taxes as well.

Over the course of several budget meetings this year, the council discussed short- and long-term city equipment needs. Erickson said he worked with staff to develop a long-term capital improvement plan into the budget so the city can update large equipment pieces before they become outdated. A larger and more versatile tractor for Public Works made the list, and a long-term plan involves funding for a new plow truck in 2023.

The City Council took construction projects into account for next year’s budget, including a flashing stoplight at County Road 2/Hwy. 19 to help prevent future accidents. A Glencoe man who worked in Lonsdale was killed in January after his vehicle and another headed west on County Road 2 collided. There have been several crashes at that location, leading the council to consider upgrades to the intersection.

Another likely project is a configuration of Eighth Avenue, Highway 19 and Industrial Drive.

City staff recommended no seal coating for street reconstruction projects in 2021 because streets haven’t met the minimum age requirements for the repairs.

A major budgetary focus of the Economic Development Authority will be the implementation of Business Retention and Expansion program initiatives.

The Lonsdale Public Library’s needs include new computers to lease from SELCO. Since the library closed due to COVID-19 earlier in the year and reduced its hours, city staff projects a positive fund balance in the library fund. Erickson said that surplus will help offset a portion of the property tax levy needed for next year.

Erickson reported few if any changes to administration and said the council did not make any recommendations to base budget decisions off of COVID-19.

When the final budget being approved, Erickson said the goal is to make sure enterprise funds like water, sewer and liquor are cash-flowing and solvent.