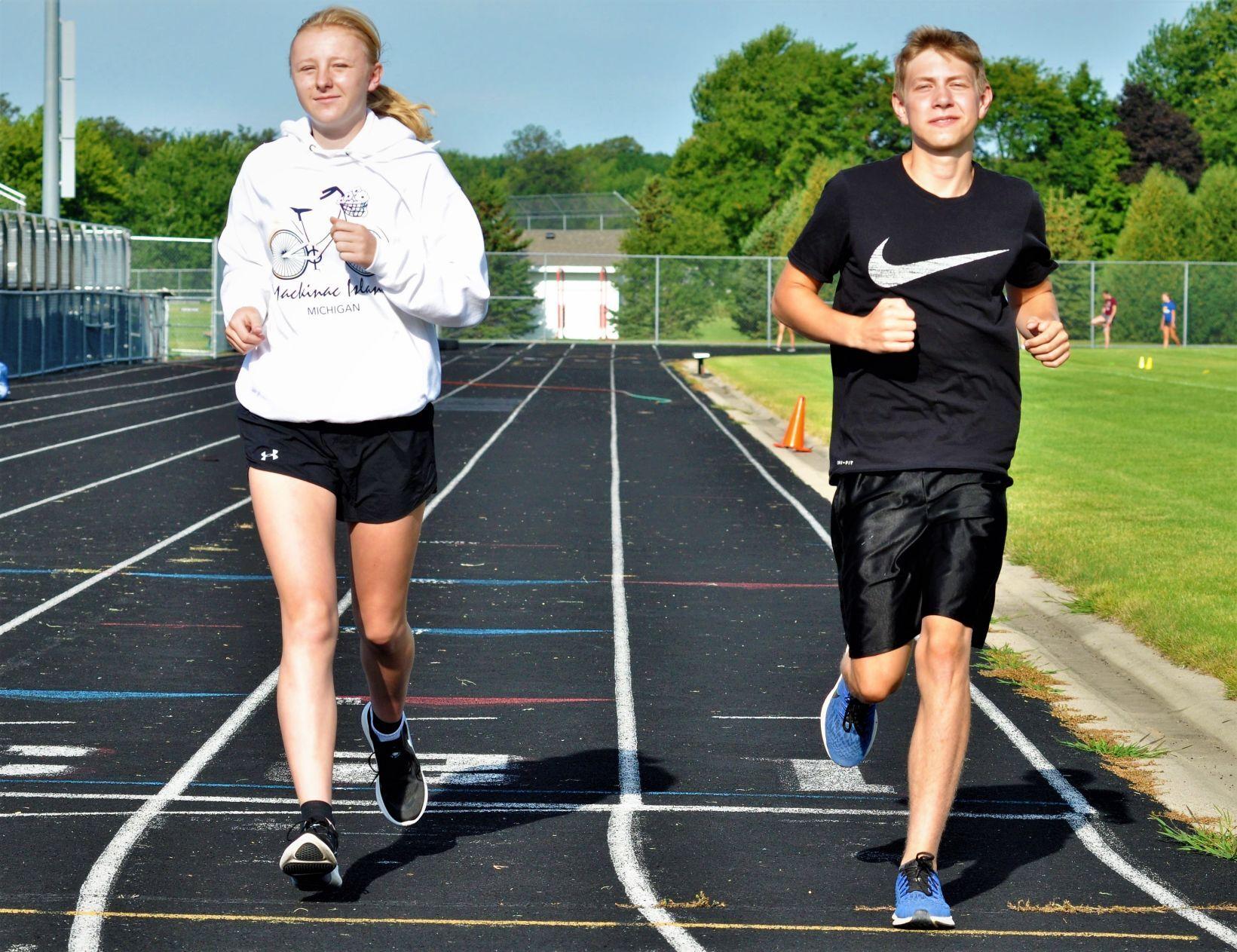 The Lonsdale Public Library, which opened in 2010, offers less space for programming than Librarian Marguerite Moran (not pictured) would prefer. A new library is being planned for the distant future, on the same site as the police station set for a 2021 opening. Pictured in 2019, children gathering inside the library to sign up for summer reading. (Misty Schwab/Lonsdale News Review)

The Lonsdale Public Library opened its doors at 1006 Birch St. NE in April 2010, and while Librarian Marguerite Moran is thankful for the space inside the Villages of Lonsdale building, she’s excited to consider what the future holds at a larger location.

While funding and a project timeline hasn’t been established, the city of Lonsdale has a spot in mind for a future library at the 15th Avenue NE and Commerce Drive SE intersection — on the same property whee the city’s new police station will be completed in 2021.

“We’re in design right now, and the city wants to be in a position timeline-wise where we have the option to bid and potentially start construction yet this year,” City Administrator Joel Erickson said of the police station.

In planning for a new police station, Wold Architects has accounted for future amenities in the master plan. While Erickson said construction on the library won’t begin anytime soon, the city plans to reserve part of that additional land for a new library of about 5,000 square-feet.

Moran has been meeting weekly with the contractor to discuss potential designs for the future building and consider ways to utilize the space.

Since the current location was not originally intended for library use, Moran said librarians needed to adjust the lighting and turned a small conference room into a story time room. The library has no designated quiet space or a specific programming space for children. The new building would open the door for not only more programming but also for more storage space and shelving for books and DVDs.

“In six years, I’ve added quite a few shelves, and all our shelves are full,” Moran said. “In order to have space, we have to be aggressive in getting rid of old stuff.”

As the police station project comes together, Moran will continue meeting with the architects to flesh out a more detailed plan for a new library building.

“I feel like we’ve had really good communication about what the needs are for the library,” Moran said. “… I’m looking forward to talking through how to make the best use of the space.”

'In order to have space, we have to be aggressive in getting rid of old stuff.'

Lonnie Seifert began his tenure as Tri-City United superintendent under unusual circumstances this summer, but he’s optimistic about the changes ahead that he and the district as a whole will soon undergo.

Since his first day on the job July 1, Seifert has taken a look at the district’s strengths, gotten to know the administration staff, met with School Board members, and became more familiar with finances and process procedures, which vary from district to district. In addition to the usual adjustments expected of a new superintendent, Seifert has also spent the past two months focusing on the learning models the district will adopt this year.

What makes TCU capable of handling the changes associated with the pandemic, from Seifert’s angle, include the upgraded facilities and infrastructure that allow for good air movement and plenty of space to spread out. In terms of education, he believes staff’s exposure to distance learning in the spring will serve them well if the model were to change to full-time distance learning again. Whether teachers handle lessons in person or via hybrid model, Seifert is confident in his staff’s abilities.

Even without taking the pandemic into account, Seifert views TCU as a district committed to excellence and achieving at a high level. Families and students have plenty of opportunities within the schools, he said, but that doesn’t take away from the “small school” feel.

In 35 years of education, Seifert has worn many hats. Before becoming a superintendent for the first time two years ago at Gibbon-Fairfax-Winthrop Schools, he was an elementary school teacher, an activities director, an assistant principal and a principal. He knew as a student at the former Barrett High School that he wanted to pursue a degree in education, in part because his mom was an educator and also because he considered his teachers outstanding role models.

“Don’t fix what isn’t broken” is the philosophy Seifert follows as he fills the shoes of former TCU Superintendent Teri Preisler. Instead, he wants to expand upon programming already available, like AVID (Advancement Via Individual Determination), and continue to work on implementation of social/emotional learning. That means not only make mental health resources accessible to students, but to teachers as well — particularly during the pandemic.

Rather than introducing new initiatives, Seifert plans to spend his first year as superintendent listening and evaluating opportunities for growth in the district. One goal of his is to find ways to decrease open-enrollment and consider programming that can make TCU a “school of choice.”

As a superintendent, Seifert said his job is to have expectations of administrators and support their skill sets rather than micromanaging. He expects that type of support to trickle down to teachers and then to students. One of his goals as superintendent is to be out in the different school buildings, observe what happens in the classrooms and be attentive to community happenings.

“I look forward to being part of the community and part of the school and seeing how we as a school can grow and meet the needs of students in the ever-changing educational world,” Seifert said.

Outside of school, Seifert enjoys golfing as well as walking and traveling with his wife, Brenda. Because being a superintendent requires long hours, he said he devotes most of his time outside of work to his family. He and Brenda have two grown children and two grandchildren.

Seifert and Brenda bought a house in Montgomery after he accepted his position at TCU. They previously lived in Montgomery from 1990 to 2000, so he knows the area well.

“I believe it’s hardworking, quality people [who live in Montgomery], and I like the small town feel,” Seifert said. “It will be a good opportunity to get to know people and try to support the businesses here.” 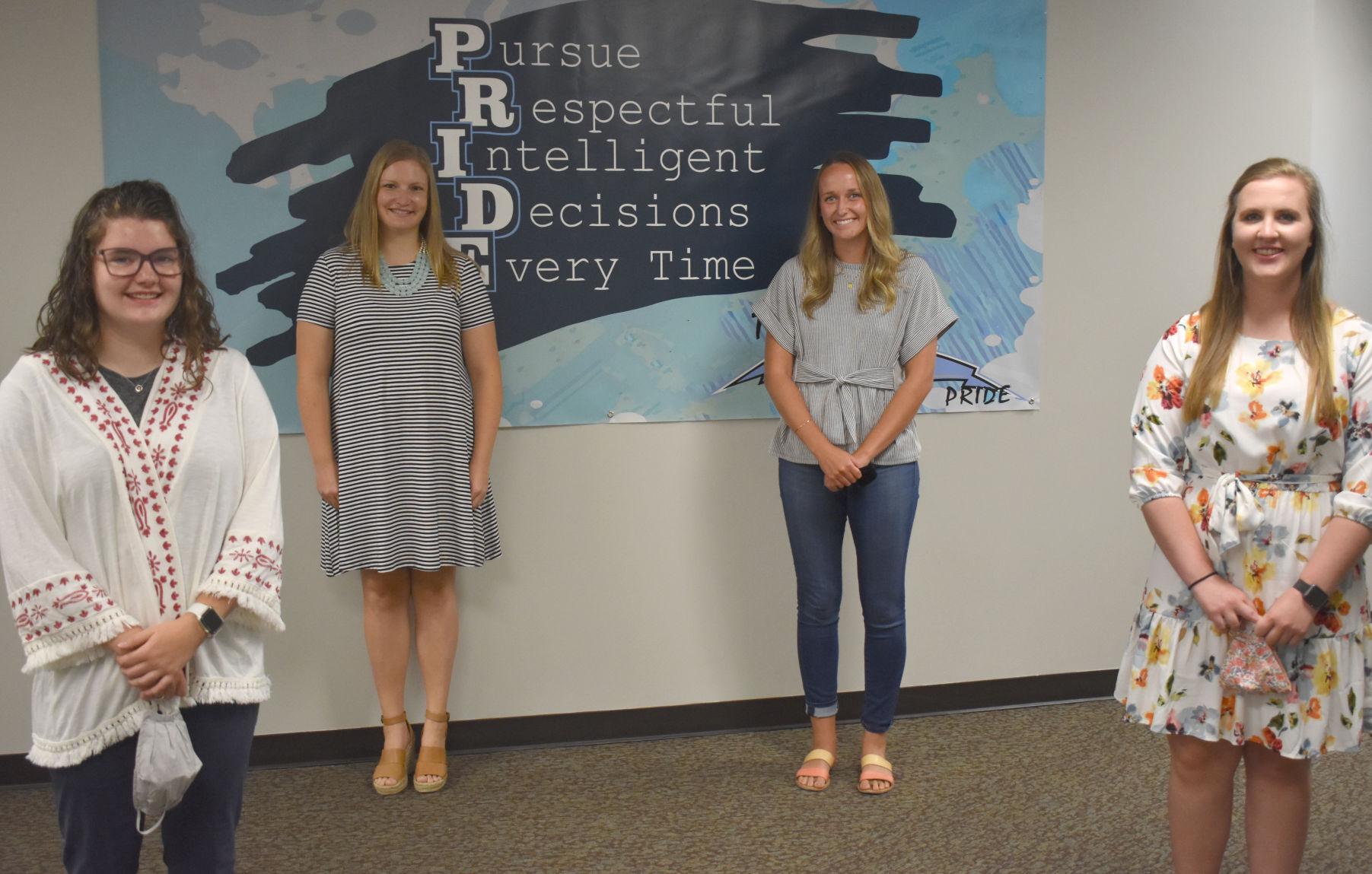 Wold Architects have considered various ways to position the new police station on its designated parcel. In other concepts, the police station entrance faces west. Either way, designers have been mindful of reserving space for a future city hall and library on the same parcel. (Courtesy of Wold Architects and Engineers)

Two parcels near the intersection of Fifteenth Avenue SE and Commerce Drive SE are vacant for now, but the vision for a new police station and other government services at that site is becoming more clear.

During the Lonsdale City Council’s Thursday meeting, Melissa Stein of Wold Architects and Engineers shared potential layouts for the new station and how its location could allow for other facilities, like a new City Hall and library, further down the line. Stein said these concepts were developed over the course of the last few weeks, when she met with stakeholders who would be impacted by the project.

According to guiding criteria and principles Wold identified for the project, the new police station and master plan should serve the needs of Lonsdale for the next 20 years and allow for growth and possible changes in operations. The plan should promote collaborations among city departments, meet long-term needs, and provide efficient solutions. The police facility specifically should meet industry standards, allow for improved operations and storage, and have a secure but welcoming atmosphere. Stein also noted the facility and plan as a whole should reflect Lonsdale’s values and be a point of pride for employees and the community.

Stein showed the council various aerial view site concepts for a police station and its relation to a future City Hall and library. These two buildings included in the master plan could connect to the police station with breezeways or exist as separate entities. Other site plans showed how the neighboring parcels could allow for a new senior living facility and/or commercial businesses in the future. For each concept, Stein said designers were mindful of possible expansions to buildings.

“These plans are going to stay nimble and flexible, so these plans can change as the culture changes,” Stein said.

Where the current building has 630 square feet for administration/records, the new facility will have 1,412 square feet. This will include a 400-square-foot conference room, which the current department doesn’t have, and increased space for interview rooms.

The patrol area, currently 300 square feet, will provide additional office space for a sergeant or future investigator as well as a storage space in the 624-square-foot area. Increasing the staff support space from 140 to 780 square feet would allow for gender neutral locker rooms, a break room and armory/gun cleaning. Evidence spaces will also be expanded from 115 to 780 square feet to include a specific evidence prep/intake room and increased space for evidence storage/processing.

As the number of officers employed could increase in the future, Wold also accounted for more garage space at the new facility. The current garage is about 2,400 square feet, but the planned garage is 7,000 square feet.

The council also reviewed Wold’s updated police building concept along with concepts for the future City Hall and library.

Councilor Steve Cherney said the Library Board, which he serves on, discussed the possibility of a walking path leading up to the new library’s entrance. He asked Stein if that was a consideration, and she said although the connecting points haven’t been determined, a path was certainly discussed.

Councilor Scott Pelava commented that the project is “very much a group effort,” and if something doesn’t work out with the design, Wold is able to circle back and consider other alternatives.

Added Lonsdale Police Cheif Jason Schmitz, who was present at the meeting, “I think everything’s been going well.”

It’s not just architects and city staff who will have a say on the new police station being planned for Lonsdale, the city’s residents are invited to share their thoughts and opinions as well.

During its Thursday meeting, the City Council approved a date, time and place to conduct an open house regarding the Lonsdale police facility and master plan. Residents are invited to gather at 6 p.m. Wednesday, Sept. 9 at the Lonsdale American Legion.

During its Thursday meeting, the Lonsdale City Council also adopted a resolution adopting assessments for delinquent accounts, which approves the assessments be paid with the 2021 property taxes. An interest rate of 5.3% will accrue until Dec. 31, 2020 if not paid within 30 days of the resolution's approval.