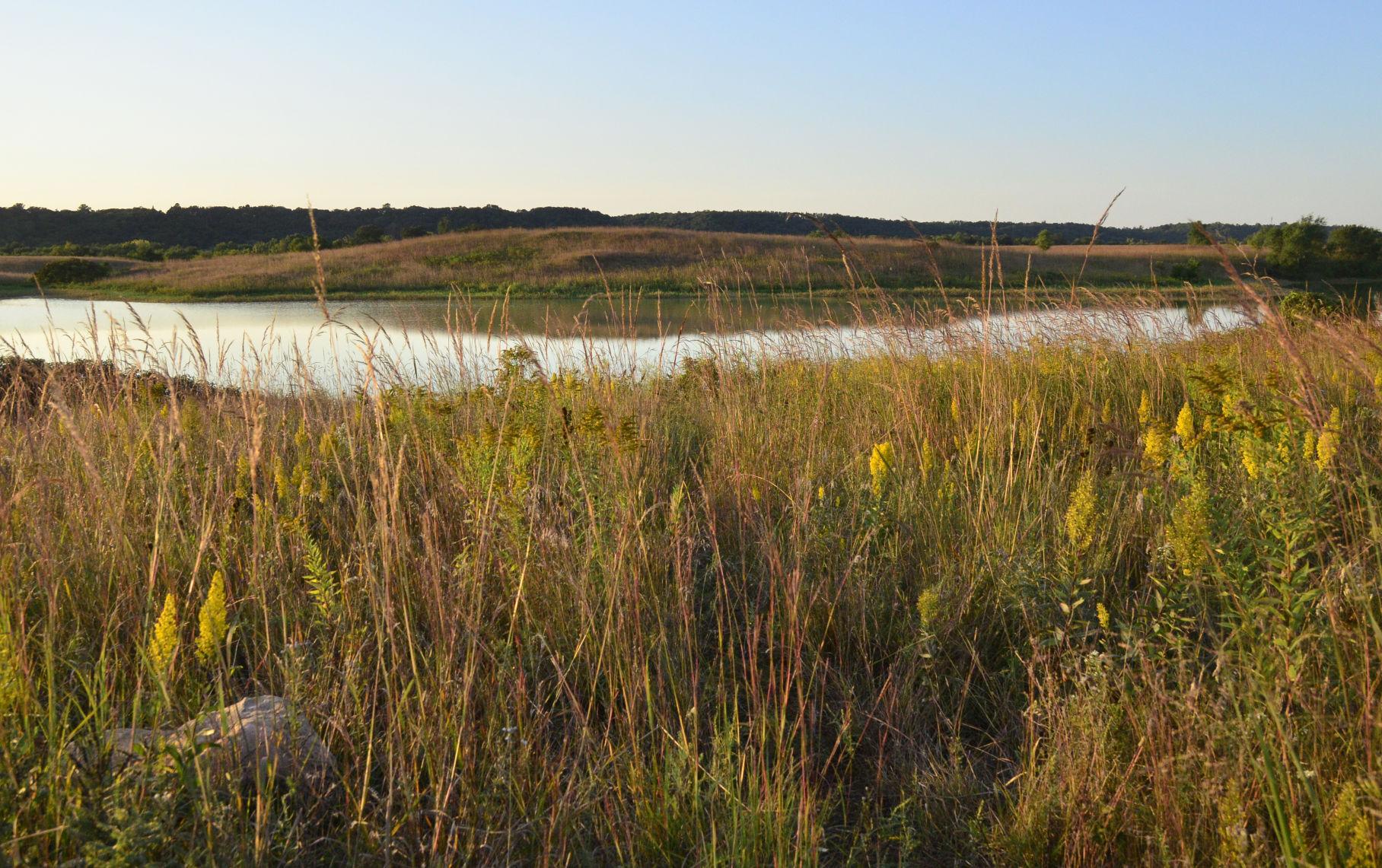 A mowed path leads to a bench overlooking a pond in the Kasota Prairie. (Herald file photo) 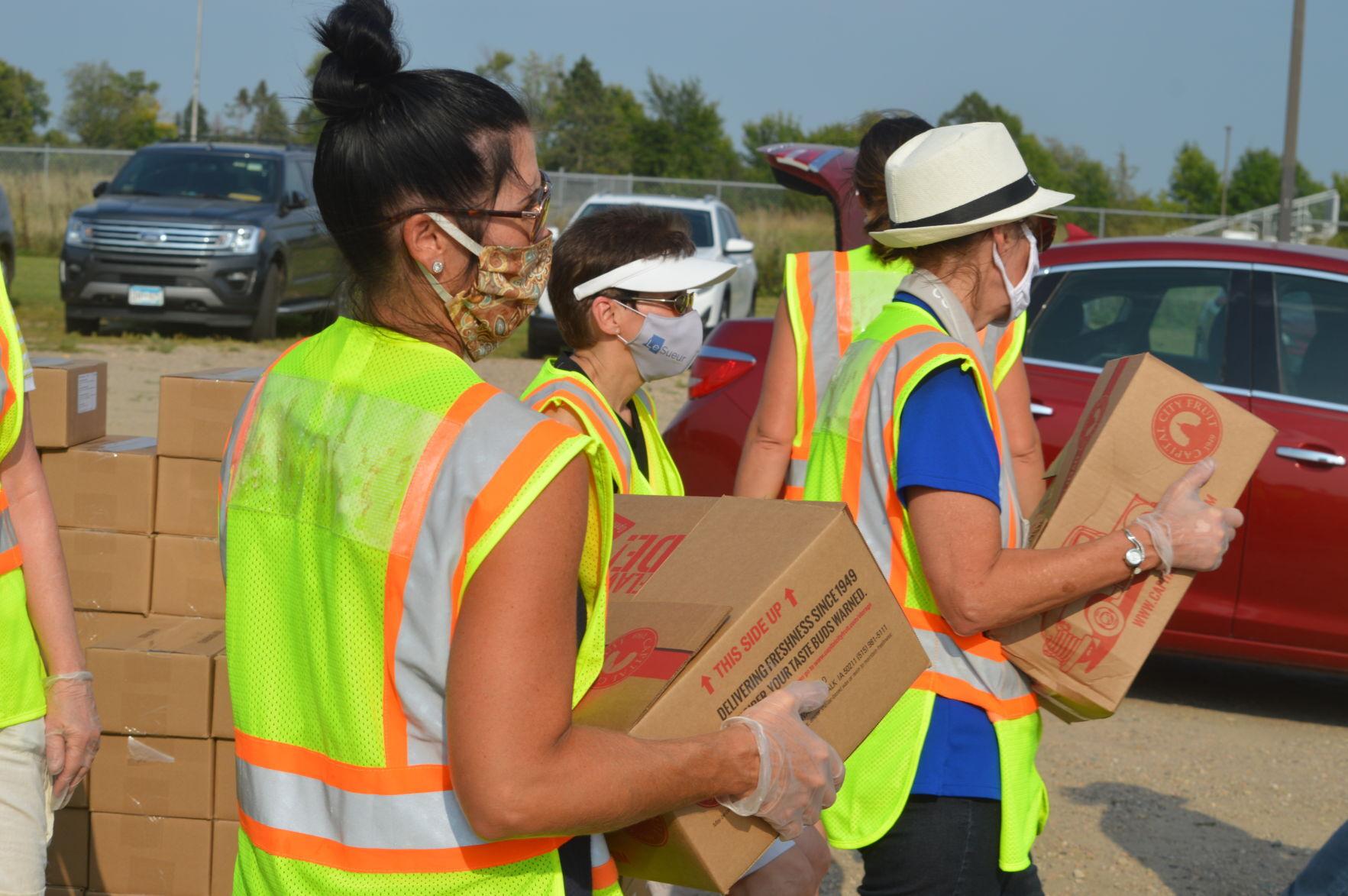 In a time where many find themselves strapped for cash, local organizations are ensuring that families don’t have to worry where their next meal is coming from.

August’s COVID food distribution was the third monthly delivery to county residents. More than 30 volunteers, most of whom were county employees, came out to supply families with three boxes of food each. Included for each family was a box of protein (pork and chicken), a box of dairy (milk and cheese) and a box of produce (fruits and vegetables) supplied by Second Harvest. 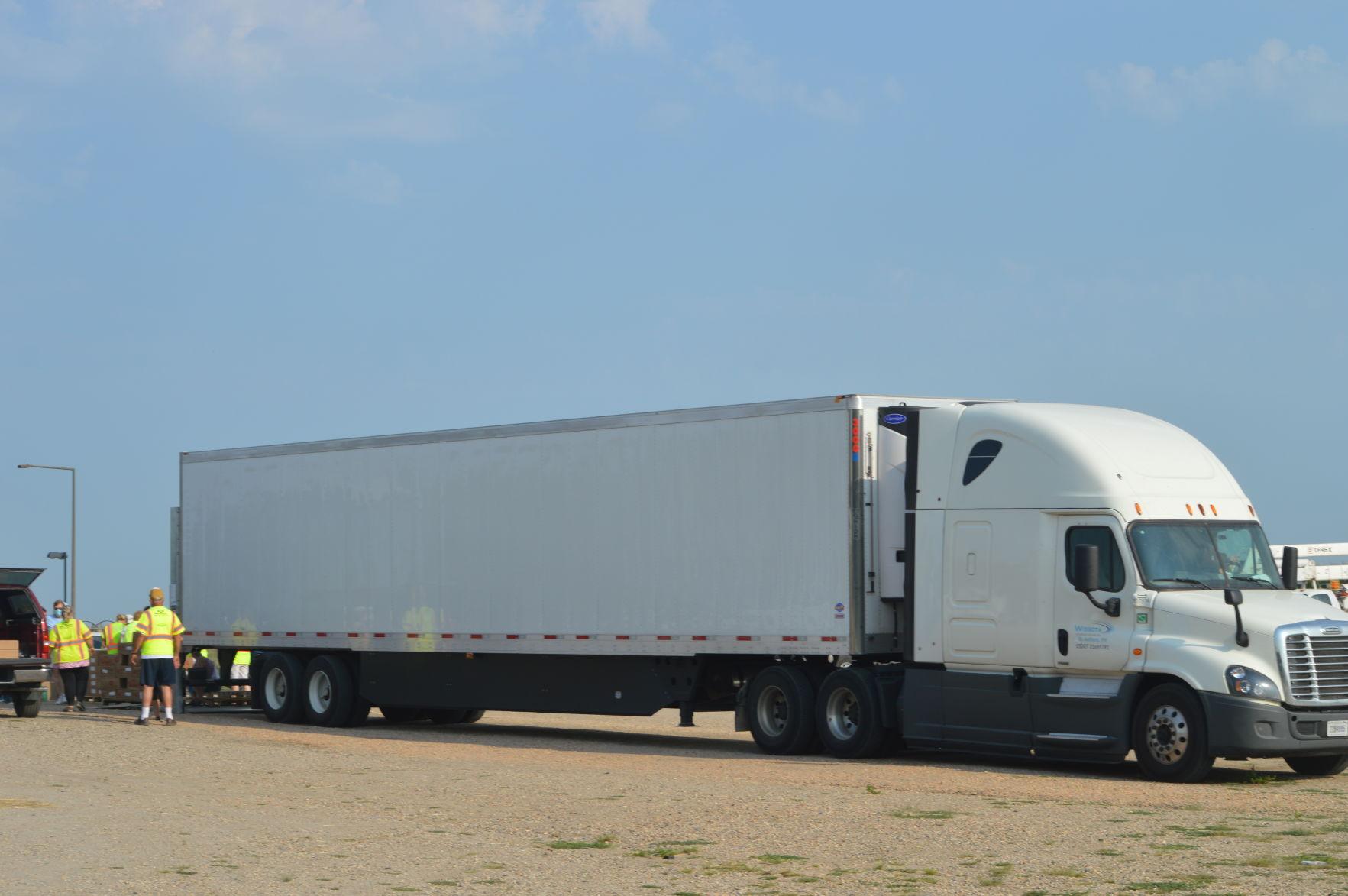 “It helps dot the i’s for people,” said Emergency Services Director Ann Traxler. “It’s a hard time for people and jobs and a lot of people are with their children at home which they’re not used to and they’re budgets aren’t quite there.”

The food was made available to anyone in need. In a contact-free process, individuals and families in need drove their cars through the Le Sueur County Fairgrounds, while masked and gloved volunteers unloaded boxes of food from the truck and placed them in the back of the vehicles.

There was no sign-up required for families and no eligibility rule, making the food easily accessible. 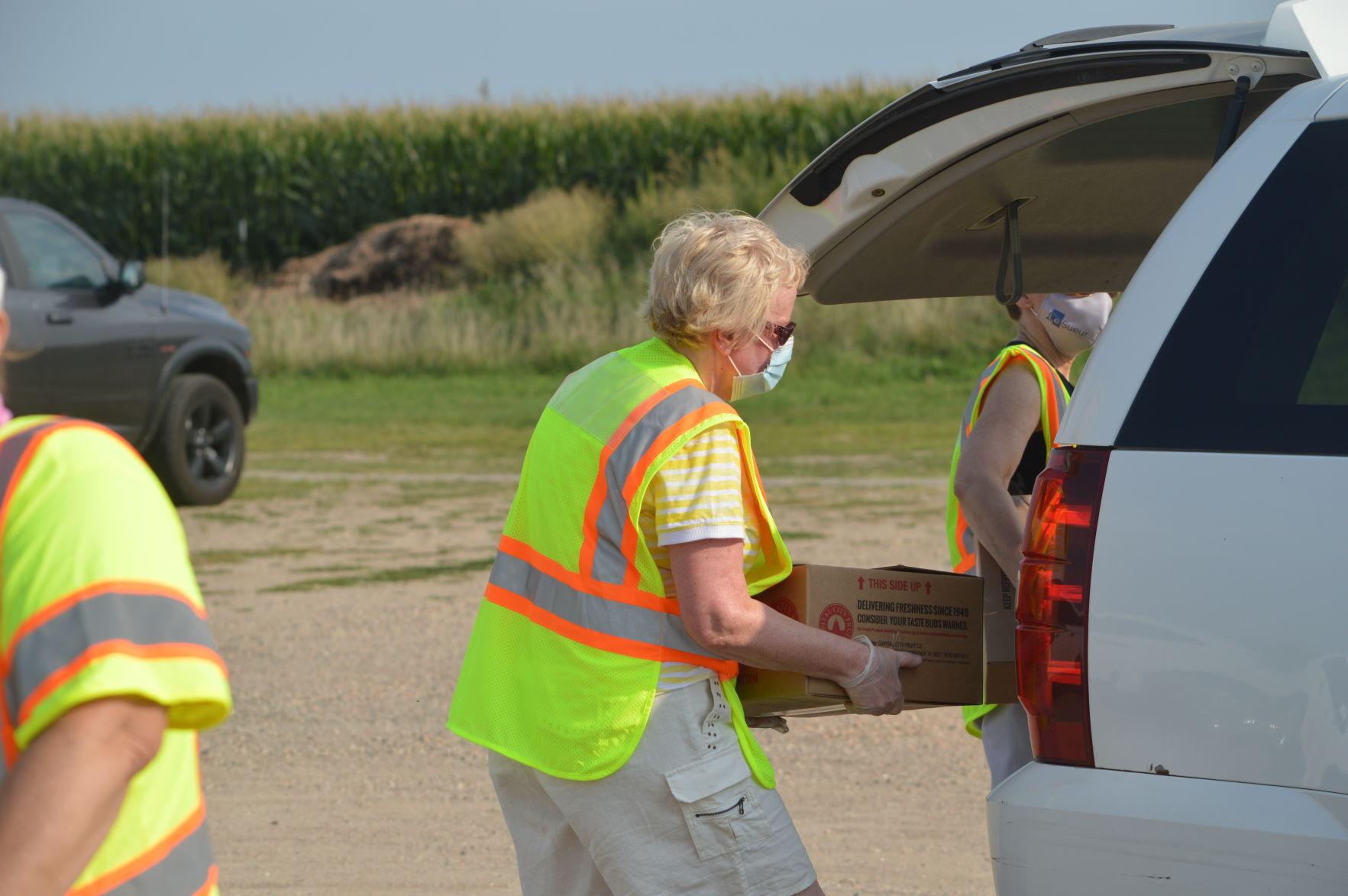 Masked and gloved volunteers at the COVID food distribution delivered boxes to families in need through their vehicles in a contact-free process. (Carson Hughes/Le Sueur County News)

The effort is part of a statewide emergency response by Second Harvest. Hunger across the state is on the rise; an additional 275,000 Minnesotans face food insecurity and one in eight Minnesotans are going hungry compared to one in 11 last year.

Food shelves in Le Sueur County haven’t seen an increase in demand, but turnout has shown a need in the community for the monthly food drives. At the July food drive, which fed 550 families, all the food was gone in just an hour and a half. 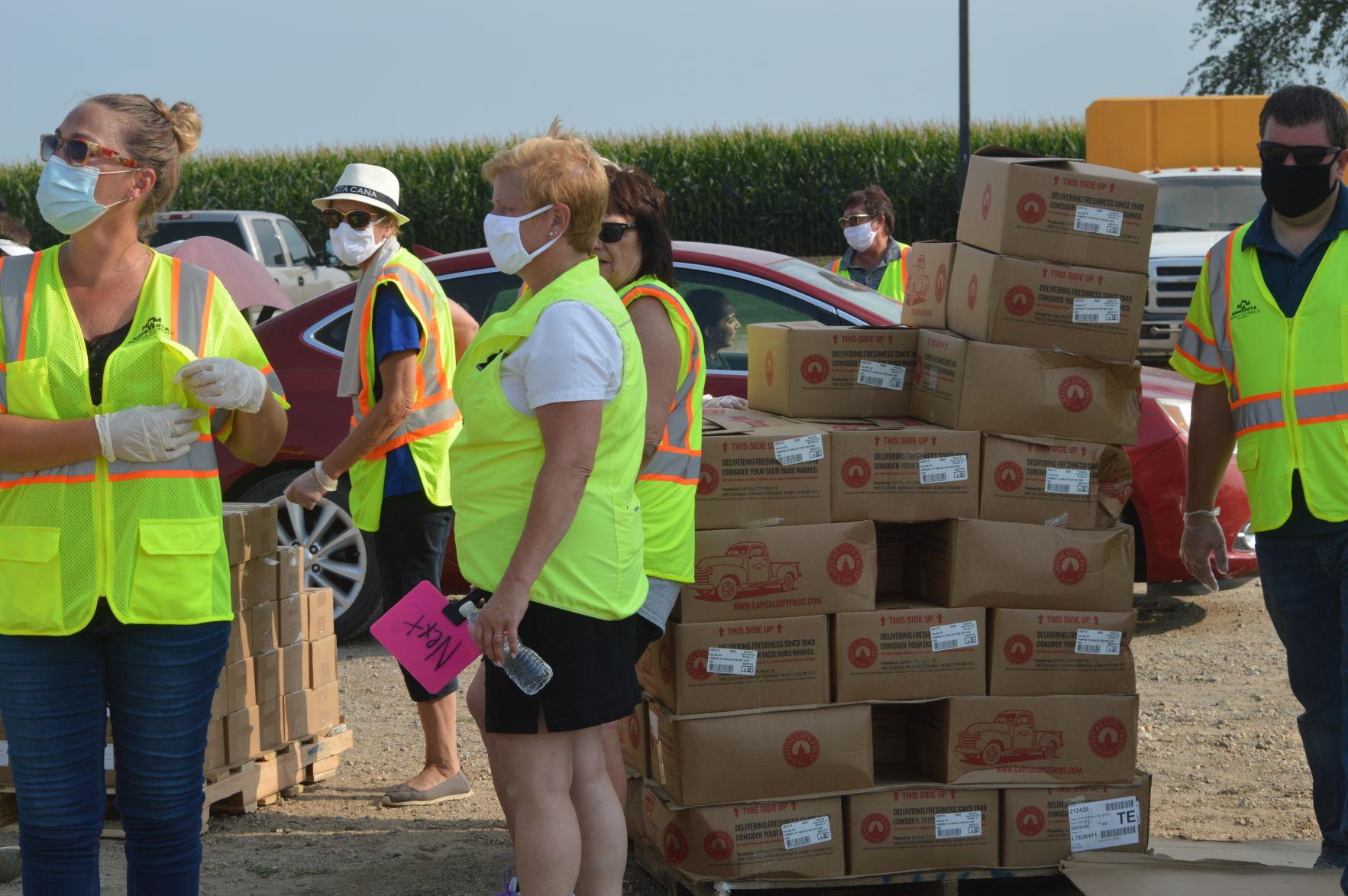 Each family at the COVID food distribution was supplied with three boxes of food, one for protein, one for dairy and one for produce. More than 30 volunteers came out to help. (Carson Hughes/Le Sueur County News)

“We normally go through all the food and we go through it fast,” said Lead Coordinator Tammy Stewig. “Today we were supposed to start at four and they were lined up two hours early wanting to get in and get the food. But until our volunteers are here, we don’t start loading.”

Lonnie Seifert began his tenure as Tri-City United superintendent under unusual circumstances this summer, but he’s optimistic about the changes ahead that he and the district as a whole will soon undergo.

Since his first day on the job July 1, Seifert has taken a look at the district’s strengths, gotten to know the administration staff, met with School Board members, and became more familiar with finances and process procedures, which vary from district to district. In addition to the usual adjustments expected of a new superintendent, Seifert has also spent the past two months focusing on the learning models the district will adopt this year.

What makes TCU capable of handling the changes associated with the pandemic, from Seifert’s angle, include the upgraded facilities and infrastructure that allow for good air movement and plenty of space to spread out. In terms of education, he believes staff’s exposure to distance learning in the spring will serve them well if the model were to change to full-time distance learning again. Whether teachers handle lessons in person or via hybrid model, Seifert is confident in his staff’s abilities.

Even without taking the pandemic into account, Seifert views TCU as a district committed to excellence and achieving at a high level. Families and students have plenty of opportunities within the schools, he said, but that doesn’t take away from the “small school” feel.

In 35 years of education, Seifert has worn many hats. Before becoming a superintendent for the first time two years ago at Gibbon-Fairfax-Winthrop Schools, he was an elementary school teacher, an activities director, an assistant principal and a principal. He knew as a student at the former Barrett High School that he wanted to pursue a degree in education, in part because his mom was an educator and also because he considered his teachers outstanding role models.

“Don’t fix what isn’t broken” is the philosophy Seifert follows as he fills the shoes of former TCU Superintendent Teri Preisler. Instead, he wants to expand upon programming already available, like AVID (Advancement Via Individual Determination), and continue to work on implementation of social/emotional learning. That means not only make mental health resources accessible to students, but to teachers as well — particularly during the pandemic.

Rather than introducing new initiatives, Seifert plans to spend his first year as superintendent listening and evaluating opportunities for growth in the district. One goal of his is to find ways to decrease open-enrollment and consider programming that can make TCU a “school of choice.”

As a superintendent, Seifert said his job is to have expectations of administrators and support their skill sets rather than micromanaging. He expects that type of support to trickle down to teachers and then to students. One of his goals as superintendent is to be out in the different school buildings, observe what happens in the classrooms and be attentive to community happenings.

“I look forward to being part of the community and part of the school and seeing how we as a school can grow and meet the needs of students in the ever-changing educational world,” Seifert said.

Outside of school, Seifert enjoys golfing as well as walking and traveling with his wife, Brenda. Because being a superintendent requires long hours, he said he devotes most of his time outside of work to his family. He and Brenda have two grown children and two grandchildren.

Seifert and Brenda bought a house in Montgomery after he accepted his position at TCU. They previously lived in Montgomery from 1990 to 2000, so he knows the area well.

“I believe it’s hardworking, quality people [who live in Montgomery], and I like the small town feel,” Seifert said. “It will be a good opportunity to get to know people and try to support the businesses here.” 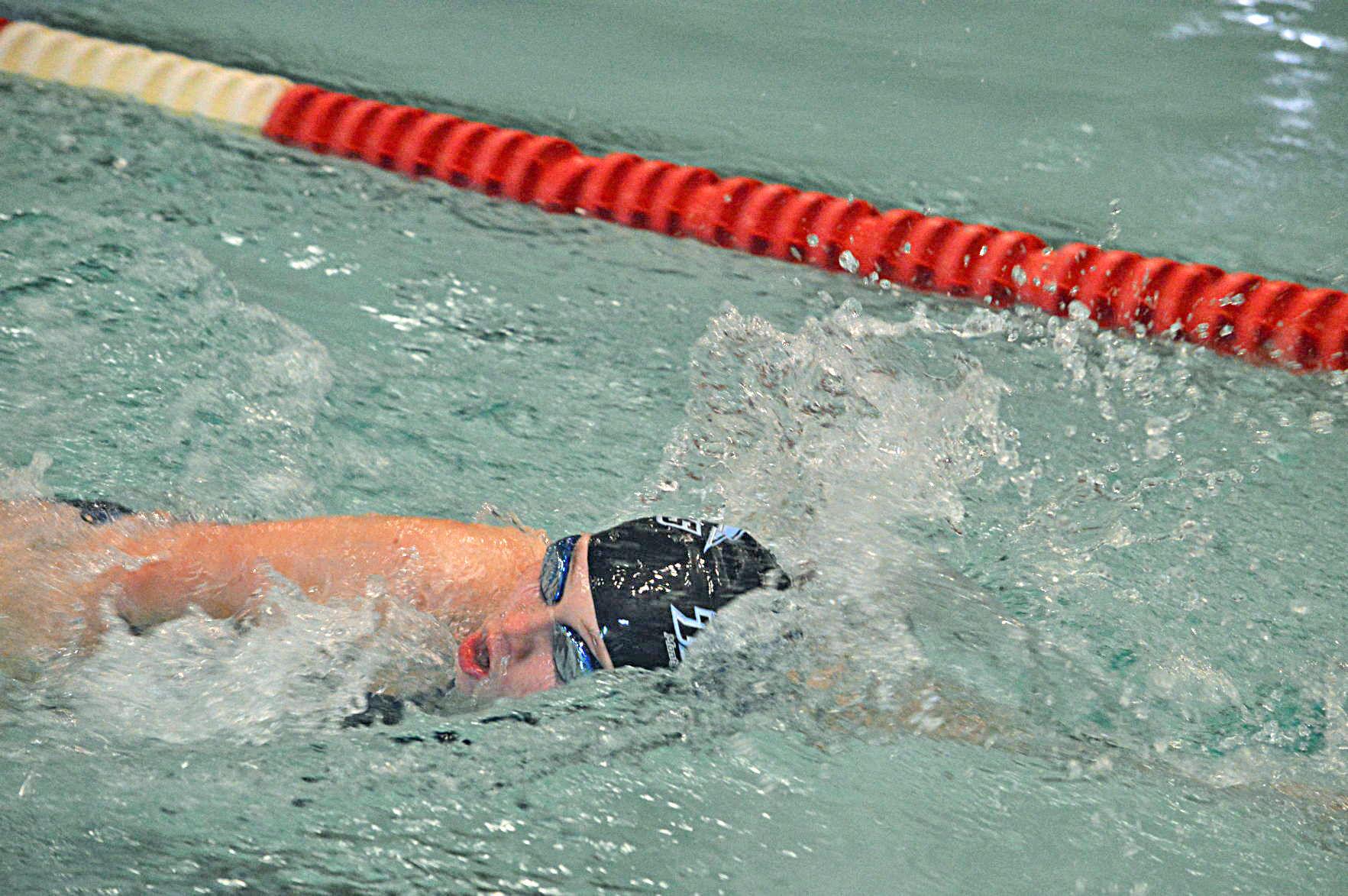 Tenth-grader Ellie Sladek is a key athlete for this season. She broke the team record in the 100 freestyle last year at 1:01.57 while taking first at the swim meet with Mounds Park. She also earned another first-place finish and personal record in the 200 individual medley at 2:44.52. (County News file photo) 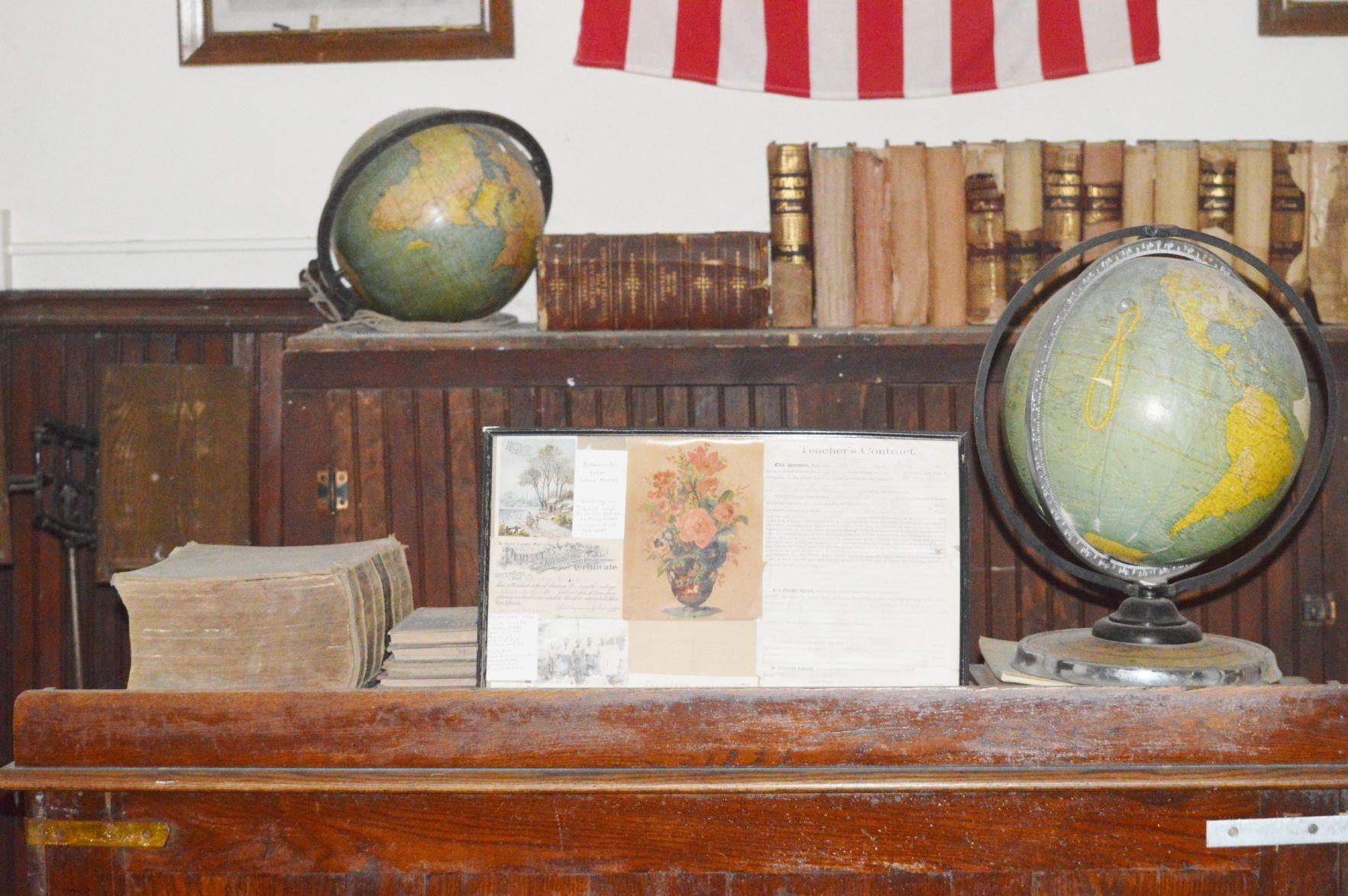 The schoolhouse teacher’s desk. The teacher would begin each day by standing behind the desk and hitting it three times with a ruler while saying “This school will come to attention. (Carson Hughes/Le Sueur County News) 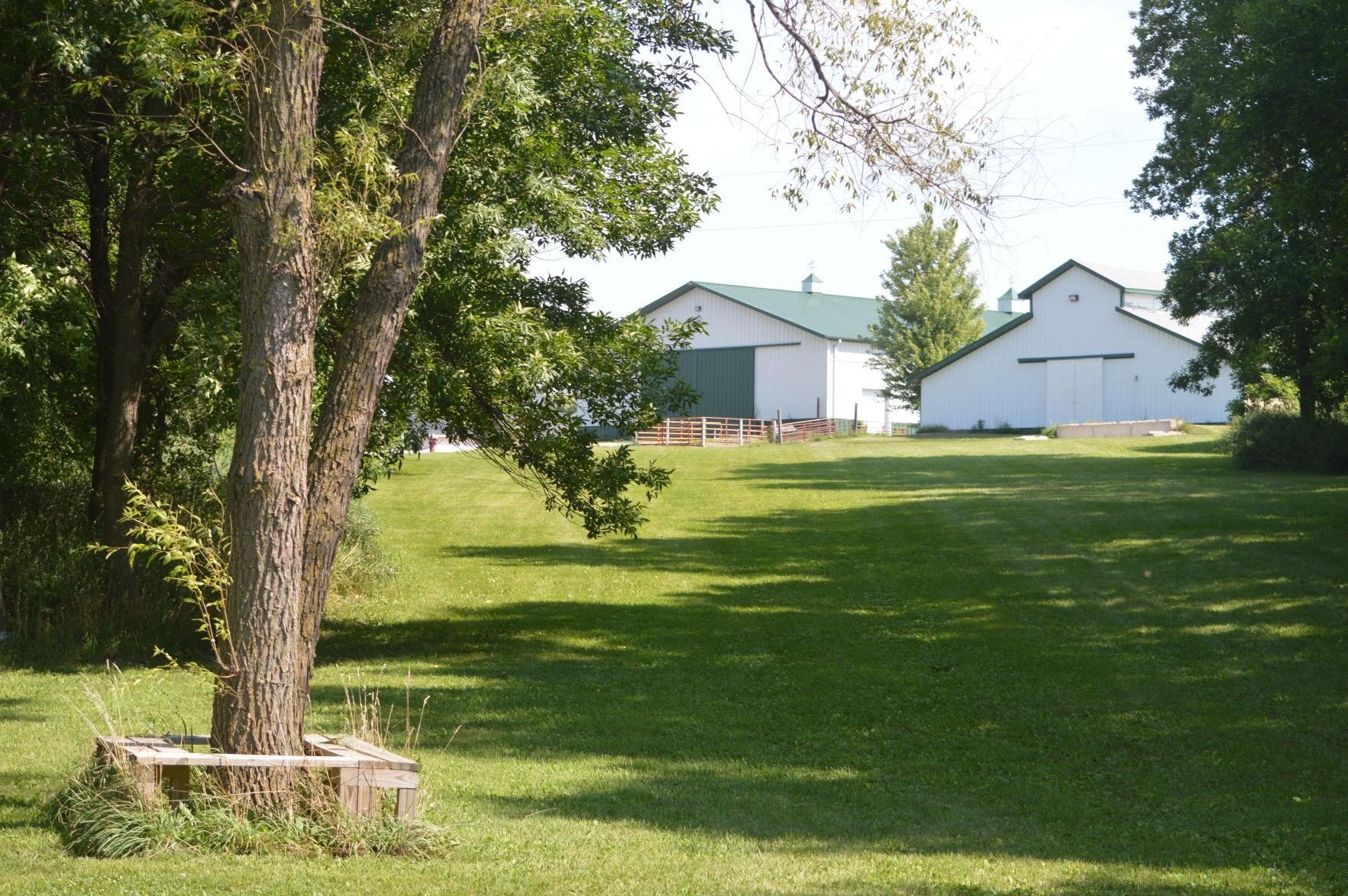 A number of new requirements are coming to Le Sueur County parks, from professional photography memberships to drone regulations.

Following a public hearing, the Le Sueur County Board of Commissioners unanimously approved an updated parks ordinance on Aug. 25, regulating policy for parks throughout the county. The new ordinance was drafted by the Parks Board in consultation with the Le Sueur County Parks Department and the Ney Nature Center, who aimed to modernize the policy and bring it in line with state regulations.

“Most of this is wording that has been changed or updated from our previous one — just outdated language, things that we’re trying to get ahead of that could be problems in the future and aligning various state park rules, neighboring county rules, things like that,” said Parks Director Tyler Luethje.

Luethje said the new regulations were put in place after numerous bad experiences with some photographers, particularly at Ney Nature Center. The Parks Department had found photographers breaking into buildings, blocking trails and barring other guests from park areas as well as cutting and tagging trees.

“Unfortunately there’s been a few bad apples that have broken it for everybody before,” said Luethje. “That’s what it comes down to.”

The new ordinance strictly bans all those behaviors and the memberships require photographers to coordinate with the park. Photographers must also notify the Ney Nature Center one day in advance if they plan to shoot photos in any county park, so that the center can check if there are any events or programs being held at the same time. Those who do become members will have their information listed on the Ney Nature Center website.

The ordinance has also been changed to allow the carrying of certain weapons within county parks. In line with regulations for state parks, people with a state permit to carry in Minnesota will be allowed to legally carry a handgun in county parks to the extent allowed by Minnesota state law. But it remains illegal for people to shoot or discharge firearms in county parks, and to be in possession of a firearm or weapon outside the scope park regulations.

The ordinance also permits archery at the range in Bradshaw Woods from sunrise until sunset. Only field and target-tipped arrows are allowed at the range.

Under the new ordinance, all county parks will be tobacco free, with the exception of individual campsites at Lake Washington Park and Campground and Clear Lake Park as well as parking lots.

“In the conversation it was just a matter of not taking away the rights of people who want to partake in that,” said Commissioner Steve Rohlfing, “So we have designated areas where people can do that.”

Aviation and drone regulations have been added to the ordinance as well, prohibiting drone use outside of designated open grass areas at Ney Nature Center, Ray’s Lake Park and Clear Lake Park. Drones must follow FAA regulations, remain at or below 200 feet in altitude and remain in the line of sight of the pilot. Flying a recreational drone at the Ney Nature Center will require the guest to fill out a conditional use permit form.

To prevent the spread of the Emerald Ash Borer, guests are only allowed to possess and use firewood that was purchased at the park or from a DNR approved vendor within 100 miles.

Guests interested in holding an event that could have 12 or more people or could potentially damage park property will need to apply for a permit to be granted by either the Parks Director, Parks Board or County Commissioners.

Only one person attended the public hearing, Parks Board member Brigid Tuck, who spoke in favor of the new conditions.

“I think it’s a great way for our parks to keep them safe and usable by the general public,” said Tuck.