TCU’s Riley O’Malley attempts to break free from defending champion Patrick Kennedy of Kasson-Mantorville. O’Malley fell in the match at 1:37. O’Malley went on to win a consolation match before being knocked out of the tournament Friday. (Carson Hughes/Le Sueur County News)

In the 182 weight class, seed No. 16, Riley O’Malley (39-12) fell in his first match against three-time returning champion and No. 1 seed Patrick Kennedy (34-0) of Kasson-Mantorville in 1:37. O’Malley went on to compete in the consolation bracket against No. 9 seed Karter Wensmann (35-10) of Sauk Centre-Melrose, who O’Malley defeated in a sudden victory by takedown 9-7. O’Malley was eliminated by by seed No. 5 Alex Nelson (37-8) of Hutchinson in a 3:55 pin.

138 pound seed No. 7 Caleb Whipps (31-6) gave the Titans their first win, defeating No. 10 seed Joe Kozlowski of Lake City in the first match in a 13-3 major decision. No. 2 seed Connor Simmonds (45-3) of Fairmont/Martin County West defeated Whipps in the quarterfinals 14-0 and Whipps was later eliminated in the consolation bracket by No. 15 seed Brady Kasprick (36-7) of Thief River Falls in a 2:00 pin. 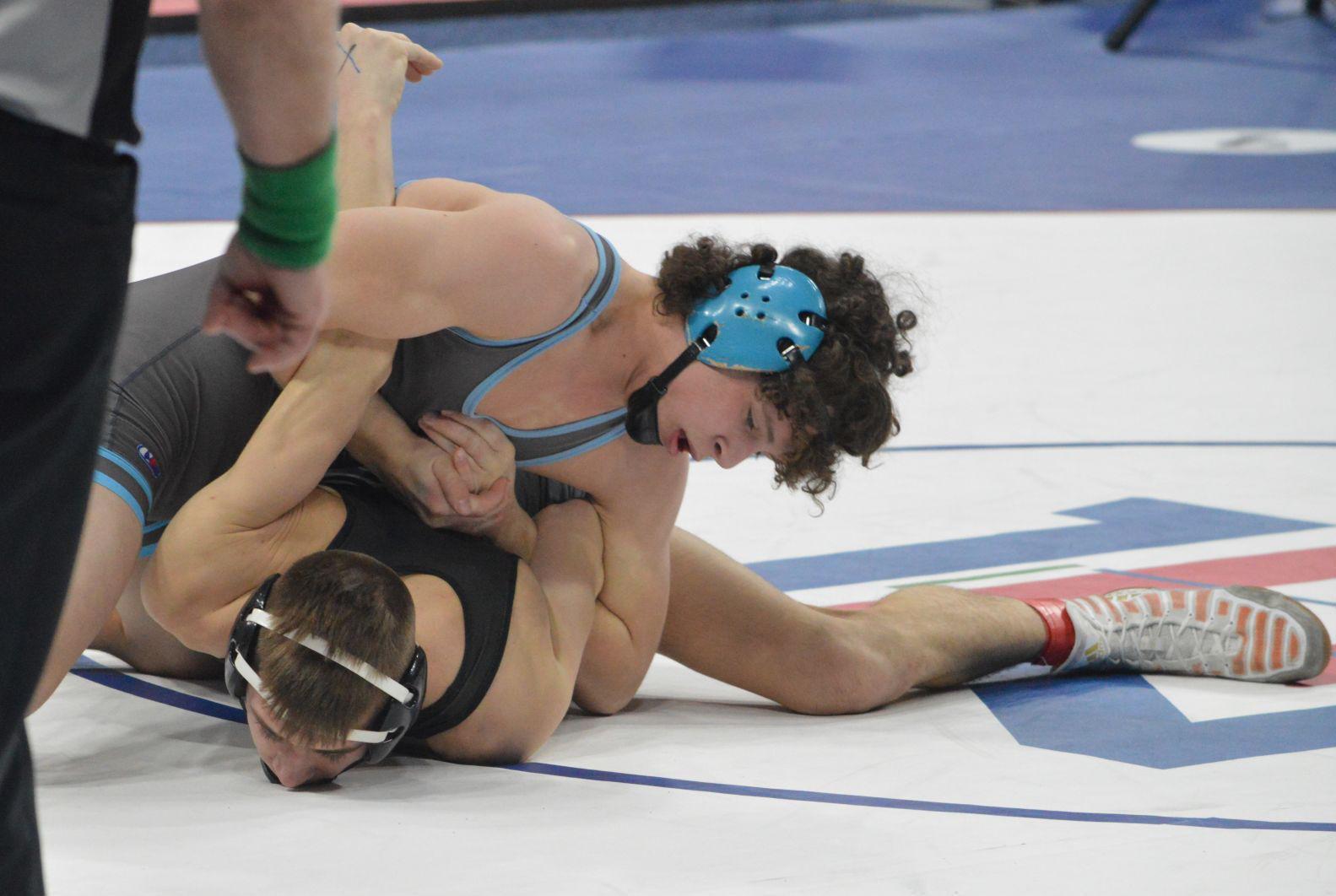 Kasota’s Lake Washington Park saw increased revenues and hundreds of visitors in 2019. The campgrounds were sold out most weekends and the Parks Department aims to increase attendance during the weekdays. (Photo courtesy of Lake Washington Regional Park on Facebook)

Last year was a successful camping season for Le Sueur County Parks, especially Lake Washington Park and Campground, which was sold out nearly every weekend the grounds were open.

The news was delivered to the Le Sueur County Commissioners on Tuesday, Feb. 25 by Parks Department Director Tyler Luethje, who reported that Lake Washington had earned $46,000 in revenue over the past year. Revenues have risen every year since the Lake Washington Campgrounds were opened.

The 164-acre campgrounds, located on the northwest corner of the lake, which is southeast of Kasota and St. Peter, includes 27 electric RV campsites, a non-electric RV campsite, three primitive tent sites and a group camping site along with amenities including 3.5 miles of hiking trails, two playgrounds, a canoe and kayak launch, and a fishing pier.

Last year, the campgrounds drew in people from 100 different cities and towns in Minnesota, and a total 521 Minensota residents that camped with the county. The park has been largely a regional attraction with most customers coming from St. Peter, Le Center, Le Sueur, Kasota, Mankato, North Mankato and Belle Plaine. Minnesota residents traveled an average of 32 miles to the grounds, but including out-of-state guests, campers traveled an average of 88 miles.

“It’s hard running a campground to completely break even, but we want to keep it as close as possible,” said Luethje. “Most of the higher bills were things we were unprepared for breaking. Water lines and things like that.” 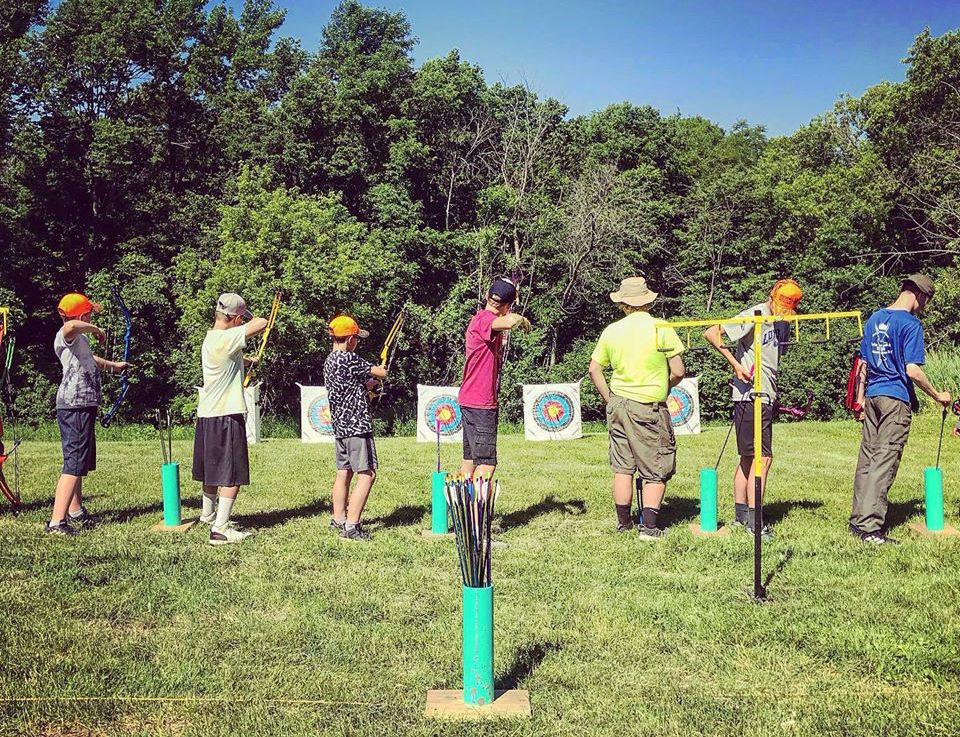 For 2020, Luethje aims to start bringing in more campers during the weekdays. Several proposals have been floated on how to drive engagement. One project the Parks Department is currently implementing is Saturday activities, like outdoor crafts, fitness classes, butterfly watching, cooking and more, modeled after the Ney Nature Center activities in rural Henderson (also a Le Sueur County park). These would be held all summer long from Mother’s Day to Labor Day.

“There’s something going on most Saturdays to bring in new campground guests or engage the ones that are there, particularly the teenager range.,” said Luethje. “We don’t have a lot of activities currently for that age range.”

Also a possibility is bringing utilities, like air conditioning and WiFi, to the campgrounds. Commissioner John King noted that WiFi at the campgrounds could be a potential project if the county’s grant application with the Blandin Community Broadband program is successful.

“We are just entering into a planned community grant, so there may be funds available to expand WiFi,” said King. “The kids want to have access to WiFi, so they can do their things, so there may be some grant dollars that come and will help facilitate in providing broadband to the community center.” 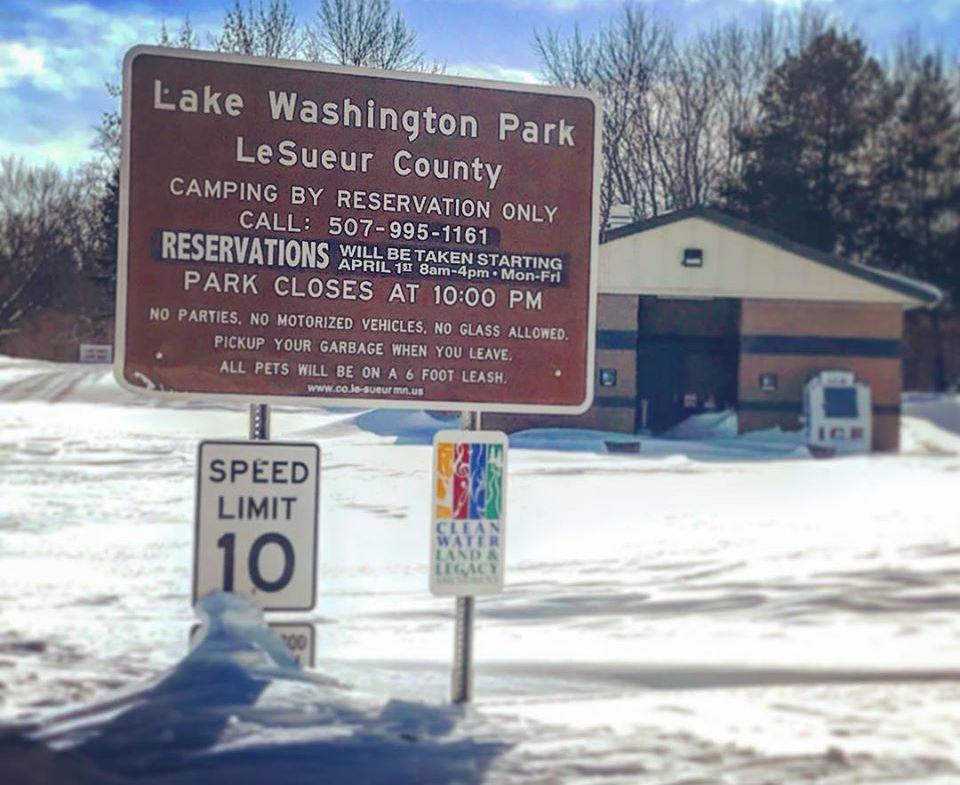 Also facilitating the growth of the park is a potential $983,000 grant recommended by the Greater Minnesota Regional Parks and Trails Commission which would extend Lake Washington Park Road 1,500 feet further into the park past Shanaska Creek and pave a 1.5-mile, 10-foot wide trail loop to increase the accessibility of the deeper areas of the park. It would also allocate funds to a kayak and canoe rental and storage facility near the launch area. The recommendation will go to the state legislature, who will vote on whether or not to approve it.

“They’ve never had a recommendation not be approved, so we’re about 99% sure we got funded, but nothing is official,” said Luethje.

A new archery range is planned to be built in the late spring or early summer of 2020 in Bradshaw Woods. Funded largely through donations, the range would be constructed with the help of volunteers from the Le Sueur Boy Scouts.

The Parks Department is also considering a number of policy changes to campground rules. One of the proposed changes would be to amend the county ordinance to institute a no tobacco rule in parks. This rule would limit tobacco and smoking to the parking lot and camp sites in each of Le Sueur County's Parks. At this stage, the idea is just a proposal and would only take effect after the public hearing process. 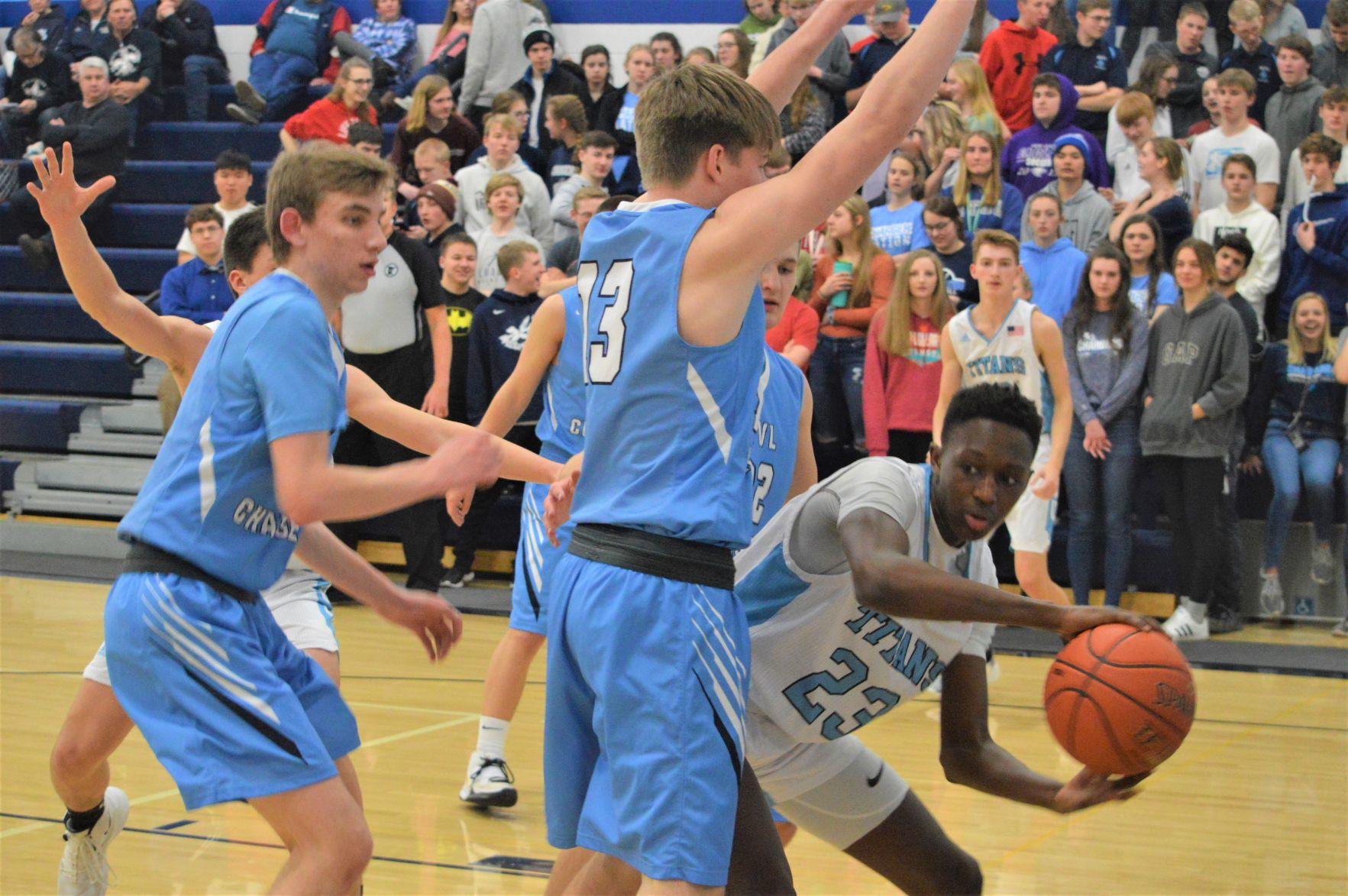 Fukourou Tandia searches for another player to pass to. Tandia collected 9 points for the Titans with a trio of last minute 3-point baskets. (Carson Hughes/Le Sueur County News) 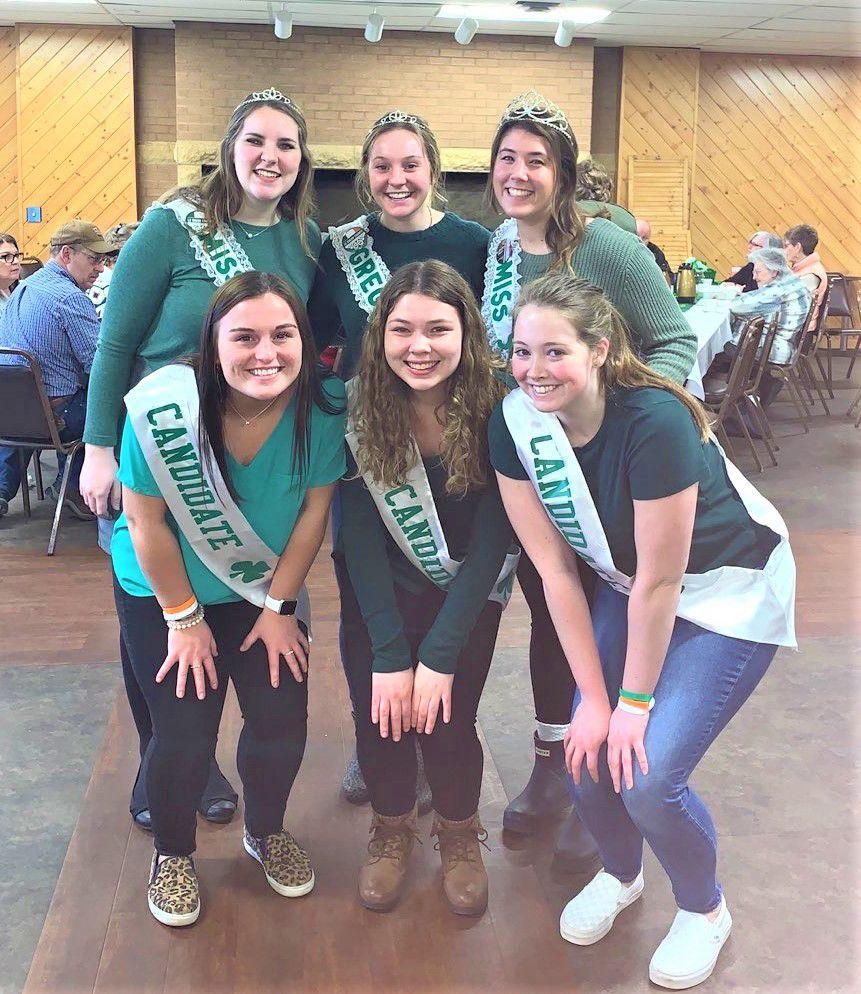 The city of Le Sueur has long hoped to reconnect North and South Main Street, which is currently obstructed by the Valley Green Square Mall. Now, two developers have shown interest in purchasing the mall and working with the city to open up the road. (Le Sueur County News File Photo)

For years it’s been one of the central obstacles to developing downtown Le Sueur, but new negotiations with two separate developers could pave the way for a reconnected Main Street in Le Sueur.

Community Development Director Samantha DiMaggio notified the Le Sueur City Council of two separate developers that were interested in purchasing the Valley Green Square Mall on Monday, Feb. 24 and working with the Economic Development Authority on a new plan for the area. One would like to redevelop the property, while the other wishes to demolish the mall, but both have a plan to create a combination retail and housing complex in the space. Both have also expressed interest in working with the city to open the street.

The first party, a developer located in St. Paul, has already drafted a purchase agreement with the owners of the Valley Green Square Mall with a plan to convert the mall into a retail and apartment complex. The refurbishing would keep ground floor businesses, like the Corner Drug and Snap Fitness, in their current locations, but it would also make room for a potential grocery store and smaller spaces that could house businesses, like law or real estate offices facing Main Street. Businesses currently on the second floor of the building would be moved to the first floor to make room for 14 apartment spaces. The exterior would be rehabilitated, as well, with a more modern design.

A mock-up of the exterior of a refurbished Valley Green Square Mall. On the left is what the building would like from the parking lot while the view on the right is from a reconnected Main Street. (Photo Courtesy of Samantha DiMaggio.)

“I think it looks amazing,” said DiMaggio on the redesign. “If we could have this in our downtown, it would be a great amenity to us. I love that they’re bringing in different elements, different textures and I think that’s something lacking from our downtown right now, and when I saw the street opened, I got really excited about that.”

Councilor John Kirby wondered if the business owners at the mall were supportive of the decision.

“With your first scenario, we’re looking at three professional services upstairs that would have to relocate,” said Kirby. “That’s basically everybody. Have you had a chance to survey these tenants and see how they feel about things? Are they supportive of all this?”

“That is going to happen from the developer’s side,” DiMaggio responded. “I’ve talked to them, they’re all aware of this, they know something’s going to happen. What their concerns have been in the past are ‘What are my new rents going to be?’ They know they are currently paying very much under market rate, because the mall has just wanted to keep them in there, keep their lights on, so they haven’t charged close to market rate. Their biggest concern that they’ve had to me, especially the medical, is the heavy cost of relocating.”

A mock-up of what the layout of a redesigned Valley Green Square Mall would look like. On the ground floor are spaces for current local businesses and a grocery store. The space on the second level would be converted into 14 apartments. (Photo courtesy of Samantha DiMaggio)

However, a partnership between the developer and the city is conditional on a few elements. The developer and the city have partnered on a redevelopment grant application requesting $846,000 to the Minnesota Department of Employment and Economic Development (DEED) on Feb. 3. It’s a competitive process and 15 other cities are vying for the $4 million that DEED will award in April. The city had made a similar bid in 2019 which fell through.

The developer is also requesting that the city designate the property as a Tax Increment Financing (TIF) district. A TIF is a type of property tax subsidy which diverts a portion of a property’s taxes to development in the area. This TIF would last 25 years and would generate an estimated $471,378.

If all of these conditions are met, the EDA would waive $396,000 owed to it by the mall owners in exchange for the land on the mall property needed to reconnect Main Street.

“We’re a long way from this, but I’m glad that we have this as a vision,” said DiMaggio. “ I think this is what I’ve heard from all of you and in our meetings with the public what they want it to look like. So I think that we’re moving in the right direction.”

If the grant falls through, the Valley Green Square Mall could possibly turn to the second party that is interested in the property. This prospective buyer already owns property in Le Sueur and is interested in demolishing the mall and building a new retail and apartment complex on the vacant city parking lot.

This development would have businesses on the ground floor and two stories of housing on the top. The property owners are asking for a bigger TIF, but they would be creating much more apartment space than 14 rooms. DiMaggio also saw the rebuild as a potential for current businesses to have input on what they would want in a new space.

“They could work with each of the tenants that are in there to build the kind of space that they want which is kind of interesting,” said DiMaggio. “Instead of working with the space now, they would have a new opportunity to design their space and see where they want to be. For example, maybe the drug store wants to add a drive-thru that they’ve never had; now would be the time to do it.”

For now, the city and EDA intends to work with the St. Paul developer to see if there is a way forward.