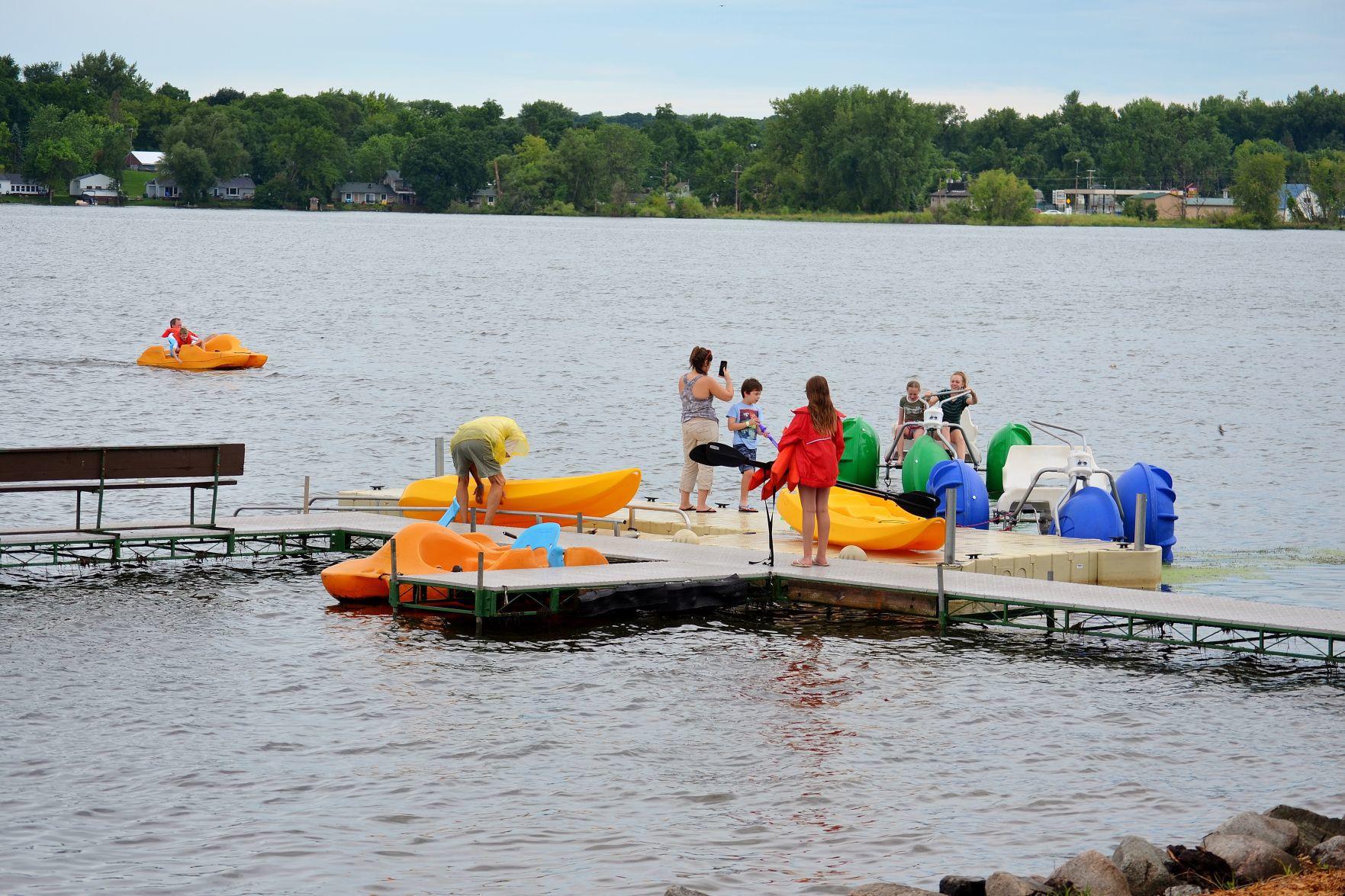 Kamp Dels is located on Lake Sakatah, where there are pontoons, kayaks, paddle boats and aqua trikes available to use for campers. (Bailey Grubish/Waseca County News)

An emergency interim ordinance was developed to permit Le Sueur County feedlot owners to overstock on animals in the wake of processing plant shutdowns. The ordinance was defeated in an initial roll call vote, but will be heard again on April 28. (Annie Baxter/Marketplace 2016)

An emergency measure to allow feedlot owners to overstock on livestock was turned down in a split vote by the Le Sueur County Board of Commissioners Tuesday, April 21, but the measure may still have another chance at passing on April 28, as at least one commissioner is reconsidering.

Major pork processors have shut down across the country, due to the spread of COVID-19. Plants like Smithfield Foods in Sioux Falls, South Dakota and JBS in Worthington are major players in Minnesota’s pork industry, but with the plants halting production, Minnesota farmers are being left with hogs that they can’t sell.

“That takes care of quite a bit of swine slaughtering in our area,” Feedlot Officer Amy Beatty told the County Commissioners. “I believe the Smithfield one takes care of 5% of our nation’s pork. Producers are going to have to be able to overstock if they can for their swine and possibly poultry.”

Beatty presented to the commissioners a proposal for an interim emergency ordinance which would have allowed feedlot owners to apply for an exemption from regulations limiting the number of animals they can have on their lot for 45 days. The interim ordinance would have lasted until July 20 or until the county board determined they were no longer necessary.

In order to be eligible, feedlot owners would have needed to show that they have adequate storage and land, and meet setbacks for additional manure. The requirements were consistent with guidelines from the Minnesota Pollution Control Agency (MPCA). Beatty estimated that of the 158 registered animal feedlots in the county, 81 may request overcapacity.

In the event that a feedlot owner required an extension after the 45 days were finished, they would need to submit another application to the county.

“It will be hard for them so the deadline may need to be extended if this bottleneck stays for a while,” said Beatty.” Because the packing plants won’t be able to pick up all those pigs.”

This drew questions from Commissioner David Glizinski who expressed concern over how the process might burden farmers and the county. Feedlot owners would need to submit a two-page Overcapacity Notification Form to Le Sueur County with contact and identifying information, a specific request and information on their animal units. Feedlot owners with more than 1,000 animals would also need to submit a form to the state for MPCA approval.

“Isn’t that going to be a lot of paperwork to do for the landowners, especially with the fieldwork that’s coming up, and also putting stresses on your offices?” asked Gliszinski. “Is there no way to minimize this paperwork, not only for the county but the state as well?”

Beatty responded that requirements were necessary, but that she believed the forms would be easy for her office to handle.

The board was split on the issue and voted 2-2 with the motion failing. Commissioners John King and Danny O’Keefe voted in favor of the ordinance, while Commissioners Gliszinski and Lance Wetzel opposed it. Commissioner Steve Rohlfing abstained from the vote due to being a pork producer himself.

Neither Gliszinski nor Wetzel commented during the meeting on why they voted no, but in a request for comment on Thursday, Wetzel indicated his position had changed.

At the present time, I did not feel that it was a necessary step, but I have now learned a lot more about this,” said Wetzel. “I was not informed adequately at that time.”

The ordinance may still have a chance of passing. The county board will be reviewing the ordinance again on April 28.

This article was written before the Le Sueur County Commissioners meeting on April 28 where the County Board is scheduled to take a second vote on the interim ordinance. The article will be updated after the vote.

The Minnesota COVID-19 toll continued to climb Monday as the Health Department reported 14 more deaths, pushing that total to 286. Nearly 300 people are in the hospital currently with 122 in intensive care, seven more than Sunday.

The department reported 214 new positive tests for the disease, putting the total to 3,816. Of the total cases since the pandemic began, about half of those confirmed with COVID-19 have recovered to the point they no longer need to be isolated.

The latest numbers came a day after Minnesota saw its largest single-day increase in COVID-19 deaths that included a 44-year-old Hennepin County resident, the youngest confirmed COVID-19 death in the state so far.

State officials have been bracing Minnesotans to expect more cases to surface as the state’s massive testing effort ramps up. Hospitalizations and deaths are also expected to continue rising as an expected summer surge approaches.

State officials says most of the people who have died were living in long-term care facilities.

Walz was expected announce this week whether he’ll continue or end his stay-at-home order that runs through May.

The same goes for restrictions on bars, restaurants and other entertainment venues that have been closed to all but takeout and delivery since the middle of March.

Both sets of curbs are due to end next Monday, barring extensions. Right now travel that isn’t considered essential is still discouraged and workplaces that aren’t explicitly exempt should stay closed. And for now, people can’t get a drink or a bite to eat in a restaurant, only to go.

But even as factory and some office workers return to their job sites this week, Walz has made it clear that places that depend on public crowds, including bars, eateries and big sporting events, will be the last ones to return to normal business operations.

Some factory, office workers OK’d to return this week

Thousands of manufacturing, industrial and office workers could be back to work as soon as Monday in Minnesota after Walz unveiled a set of standards last week to permit manufacturers, and other businesses that aren’t customer-facing, to restart and let employees return to work.

Even as businesses get the OK to return to their buildings, it’s not clear how quickly they’ll move.

“What we’re basically hearing from the largest employers to the smaller-size employers is that they’re going to move pretty cautiously. They’re still working through their own internal protocols about how they would invite people back into the office,” said Steve Cramer, CEO of the Minneapolis Downtown Council.

The largest COVID-19 cluster outside the Twin Cities and Rochester continues to be in Nobles County, where the outbreak centers around the now-shuttered JBS pork processing plant in Worthington.

On Sunday, the county had 352 confirmed cases of COVID-19 — up from 258 on Friday and just two cases last week. On Monday, total positives jumped again to 399.

Cases are also surfacing at the Jennie-O turkey plant in Willmar. On Thursday, 14 of more than 1,200 workers had tested positive, but that number is expected to increase. The plant’s operators said Friday it would close both Willmar plants.

STAY UP TO DATE

As the disease reaches local communities, the Le Sueur County News, and its sister papers in the APG Southern Minn newspaper group, will continue to update the community as quickly and efficiently as possible.

Find all of the latest on COVID-19 at www.lesueurcountynews.com, where all stories related to the virus/disease are open to all readers.

At the top of the home page, see the COMMUNITY ALERT box. Under the "Local cancellations and postponements due to COVID-19 concerns" alert, you'll find an ongoing and updated list of closures, changes and more in our local communities.

Below that is a banner titled APG COVID-19 COVERAGE. Click on that to reach a page with all of the latest stories related to the topic, including the latest numbers, how its impacting our area, tips and ideas, and more. 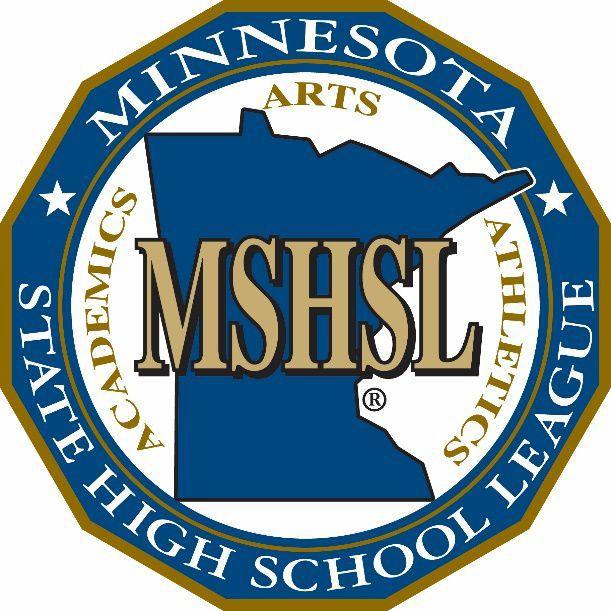 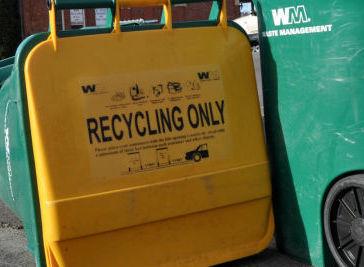 The City of Le Sueur is entering negotiations with Waste Management. The refuse hauler has taken care of the city’s trash and recycling for years, but the city is hoping for some new items in a contract, including greater access to electronic boxes. (County News file photo)

It’s never been easy to run a small business, and the COVID-19 pandemic has made it all the more challenging. Many have been forced to make cuts to staff and hours to accommodate the costs of social distancing and declining sales.

While many business owners are seeking loans from the state and federal government, in Le Center, establishments can seek up to $10,000 in relief locally.

Le Center’s disaster relief loan program for local business is well underway after the City Council approved the initiative on April 15. The loan covers up to two months of a business’ expenses, capped $10,000. The loan is interest-free during the first year, but recipients must pay 2% interest starting on year two. Businesses would have to make their first payment within 13 months and would have to pay off the loan in its entirety in five years.

As of April 27, the city of Le Center approved its first coronavirus-related relief loan. However, there hasn’t been much engagement so far, as just two businesses have picked up loan applications. The city is looking for ways to spread the news to businesses in the area.

“A lot of people probably don’t even know [about] it,” said City Administrator Chris Collins. “It doesn’t do any good to walk around with a bunch of applications when they’re closed, so I think we’ll need to get the Chamber list and have the Chamber [of Commerce] send it out to their people just to get word out.”

Applicants are required to prove their monthly expenses, including rent, payroll, mortgage, utilities and other costs through a tax return and/or other financial statements, such as bank statements, rent and mortgage payments and utility bills to demonstrate how the pandemic has impacted their business. Businesses that are continuing to operate as well as those that are closed are eligible to apply. The offer extends to all licensed businesses in Le Center, including daycares.

The disaster relief loan was developed by the Le Center Economic Development Authority (EDA) over concerns that other loans available were too complicated to apply for or had too many conditions attached. With coronavirus restrictions potentially lasting up to two months or more, many could see a serious dent in revenue. To ensure that funds would be delivered into the hands of business owners, EDA member Greg Traxler advocated that the city of Le Center create its own loan program

The funds for the loans would come from the EDA’s fund balance of $554,327, which can only go to business-related expenses. The city would not be able to use the money to develop a loan for families or household expenses.