News
spotlight
LS-H students dish up soup for the community 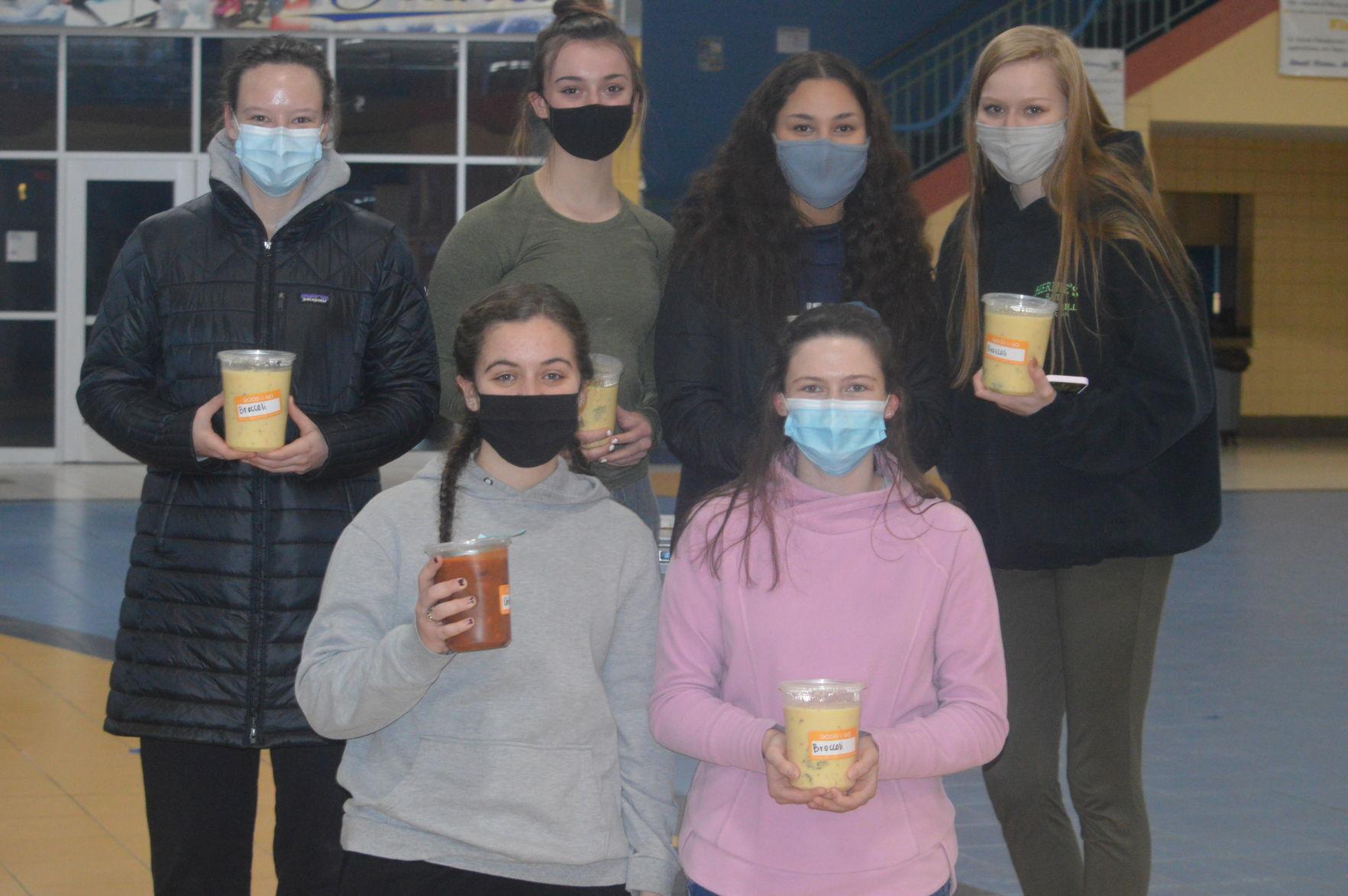 As subzero temperatures chilled the community, Le Sueur-Henderson students delivered one of the best cures for the cold: a warm cup of soup.

Members of LS-H’s National Honor Society held their annual Soup’s On event on Friday, Feb. 12. Traditionally, students would cook their soup for members of the community attending the December choir concert. But with the COVID-19 pandemic, tradition had to change, and Soup’s On was converted into a standalone event with curbside pickup.

“Last year, it was at our choir concert and we had people from our band play solos and stuff and people would just eat soup and listen to the music and everything,” said senior Taylor Hartmann. “We still wanted to do it this year so we just decided to make it a driveby.”

“We wanted to continue the tradition this year and bring some normalcy and delicious soups to help warm up a cold night,” said Special Education teacher Sue Hynes. “And soup is always so comforting.”

To prepare for the event, LS-H students became cooks for a day, taking to the kitchen to whip up three varieties of soup: wild rice, chili and cheddar broccoli. Under the tutelage of Director of Food Services Justin Craig, the students came together to learn new culinary skills while preparing Friday’s feast.

“Justin Craig has been coming in after school with us for the last couple days and he’s basically been teaching us a whole bunch of cooking terms and how to make all the soups and everything,” said senior Greta Nesbit. “He was basically the whole vision behind it and he made all the soups with us so that was really nice of him. He and his company basically donated all the containers and a whole bunch of soup for us.”

Nesbit and Hartmann had volunteered for Soup’s On before, but this was their first year as the lead student coordinators of the soup giveaway.

“I think that the National Honor Society is a great way to get involved and volunteer in the LSH community and school, whether it’s helping out at Soups On or volunteering at the blood drives,” said Hartmann.{span} “I have participated at Soup’s On in previous years and it’s a really great event to be a part of. And this year, I had the chance to plan it with several other people, which has been really fun so far.”

Even with the changes to tradition, demand was high. Students prepared 130 cups of soup and by the end of the night only a couple dozen cups were left. Servers even took preorders to ensure there would be enough soup for everyone.

“It’s been a lot busier than I expected it to be,” said Nesbit. “We’ve just been running them out to people’s cars.”

Not only did the students provide soups to the community, they also took donations for a worthy cause. All proceeds from the event went toward the Le Sueur Food Shelf.

“Thank you to everyone who donated,” said Nesbit. “A lot of people donated a lot of money. And thank you to Justin Craig for helping us out with it. We couldn’t have done it without him and Aviand’s.” 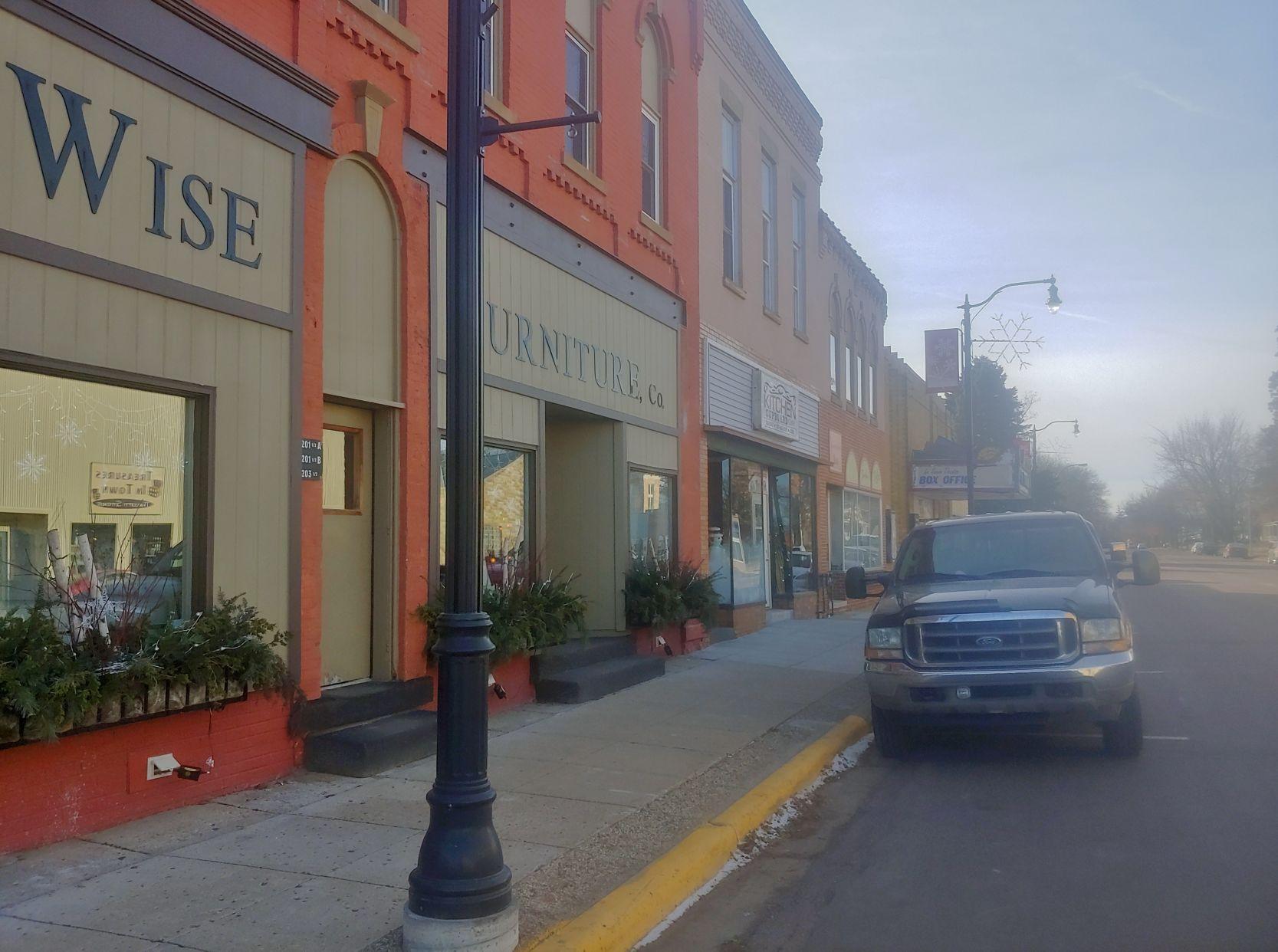 As the COVID-19 pandemic hits its 11th month in Minnesota, more and more local businesses are seeking economic relief from state dollars distributed by Le Sueur County. But funding is limited and of the 92 businesses and nonprofits that have applied for relief grants, only a little more than half may receive those dollars.

Le Sueur County’s second round of small business grants launched last month with $556,000 available to fund emergency grants of up to $10,000 for local businesses. The dollars came from a $216.5 million relief package passed by the Minnesota Legislature.

The county allocated a similar amount of money for small businesses last fall using funds from the CARES Act and received approximately 65 applications. Demand has increased substantially in the latest round with roughly 25 more businesses and nonprofits requesting grant dollars.

The second round prioritizes businesses and nonprofit community asset businesses that were forced to cease operations last November under the governor’s executive order. That includes bars, restaurants, fitness centers and operations, like VFW and American Legion posts and community fitness centers. Of the 92 businesses and nonprofits that applied, 53 were among the priority group. Businesses outside the priority group will be put on a waiting list, but relief coordinator Barbara Droher-Kline said the county may not get very far down the waiting list before the dollars are used up.

“At $10,000 each, and most businesses are applying for the full $10,000, we’re looking at about 52 businesses that we can fund,” said Droher-Kline. “The other thing that’s become clear is that, we’re doing a childcare survey, and we found out that half of our childcare centers didn’t get any state funding. So we’re still looking at ‘Can we fund some childcare programs with these dollars as well?’ So we’re waiting to crunch the numbers.”

Droher-Kline said that much of the new applications were coming from businesses that could have qualified for the first round of local dollars, but held off from applying, not expecting a second shutdown.

“It’s really hard to ask for help,” said Droher-Kline. “It’s a different conversation, people are feeling under the gun.”

But even businesses that aren’t in the priority group are still in need, said Droher-Kline.

“Most of our businesses have been hurting indirectly,” said Droher-Kline. “Auto places we’ve been talking to, auction houses, places where the business isn’t there because of COVID, but they aren’t being directly closed because of the governor’s executive orders. There’s a lot of businesses that aren’t at the top of this list that are still really hurting.”

Local distribution of relief funds have become an important tool in putting grants into the hands of business owners when state and federal dollars cannot reach them. Droher-Kline said she has heard from several businesses that have lost access to state monies because of a requirement that businesses see a 30% drop in taxable sales between 2019 and 2020. One restaurateur she spoke to was ineligible because he raised menu prices, and thus taxable sales, to account for rising beef prices amid meat processing shutdowns.

The potential for future relief is still an uncertainty. Droher-Kline said she hasn’t heard anything from the state about further relief grants, but didn’t rule it out if conditions worsen in the spring. At the federal level, the Biden administration has called for $350 billion in state and local aid to be included in a proposed $1.9 trillion stimulus bill.

Despite the financial difficulties related to the pandemic, many of the applicants for relief were still capable of making mandatory payments.

The Le Sueur-Henderson School Board has entered contract negotiations with superintendent candidate Jim Wagner after a second interview Feb. 11.

The interview was split into two parts. In the first half, members of the general community had the chance to interact with Wagner virtually. Following the community interview, members of the School Board asked Wagner a series of 21 questions. Wagner earned praise from members of the board for his answers and they unanimously agreed to enter contract negotiations.

One area that was a highlight for the board was Wagner’s experience with career and technical education. He told the board that he helped the Johnson County School District to partner with a local meat processor for a meat processing class, started an automotive program and in Kimball worked with a local manufacturer to develop a welding program.

“I’m really impressed with what he’s done with that apprenticeship program,” said School Board Director Kelsey Schwartz. “I think that would be a huge asset. We have so many good companies in this district that we could take advantage of, and I think the community would have that well received.”

Schwartz also felt that Wagner would satisfy some community concerns by living in the school district and having his children enrolled.

“Something I’ve heard frequently from community members and I think we saw it a little bit in the community survey is having someone that lives in the district,” said Schwartz. “While we can’t require that by any means in a candidate, I think that would be very well received by the community that he and his family would be moving here, that he would have children going to the school.”

School Board Director Joe Roby felt that Wagner would be a good fit with the school culture. Wagner told the board that he gets irritated when people ask if they did a good enough job because they shouldn’t have to ask that if they went beyond the bare minimum.

“We have an administrative team and staff who are committed to not ‘just enough’ for students,” said Roby. “So for me that lines up really well with the culture and expectations we have as a board.”

School Board Director Gretchen Rehm also praised Wagner’s expressed attitude toward leadership, being willing to make decisions that are right even if they are unpopular. As the school district prepares to pursue an operating referendum to pursue facilities, Rehm said it was important that the superintendent make tough decisions.

“With the challenges our district is having with facilities and bonds we’re going to have to make a lot of decisions that are tough and one think that I like is to see how it impacts the kids,” said Rehm. Even as board members we go through that same process of is it popular? It might not be popular but how does it affect the kids, so I really liked his answer to that.”

At the same time, Rehm brought up a concern that Wagner did not talk enough about student equity, which was shared by administration.

“We do have a pretty diverse district that’s getting more and more diverse,” said Rehm. “We didn’t really ask the questions either, but he didn’t really pull in that too much, so that was one of the concerns I had.”

During the interview, Wagner also shared how he addressed declining enrollment at Kimball. Rather than just making cuts, Wagner said he took the approach of spending money to make money by investing in a survey to families enrolling their students out of the district and marketing the school to the community and surrounding areas.

“We spent a little bit of money on a survey of families taking kids out of the district, identified the problems, and then we marketed our school district in order to promote it to the community internally but also externally around neighboring communities so that people knew what Kimball was known for, what programs we’re offering and what some of the corrections have been made and why it would be a great place you want to take your kids,” said Wagner.

If an agreement is reached, Wagner would replace outgoing Superintendent Marlene Johnson, who is leaving Le Sueur-Henderson June 30. 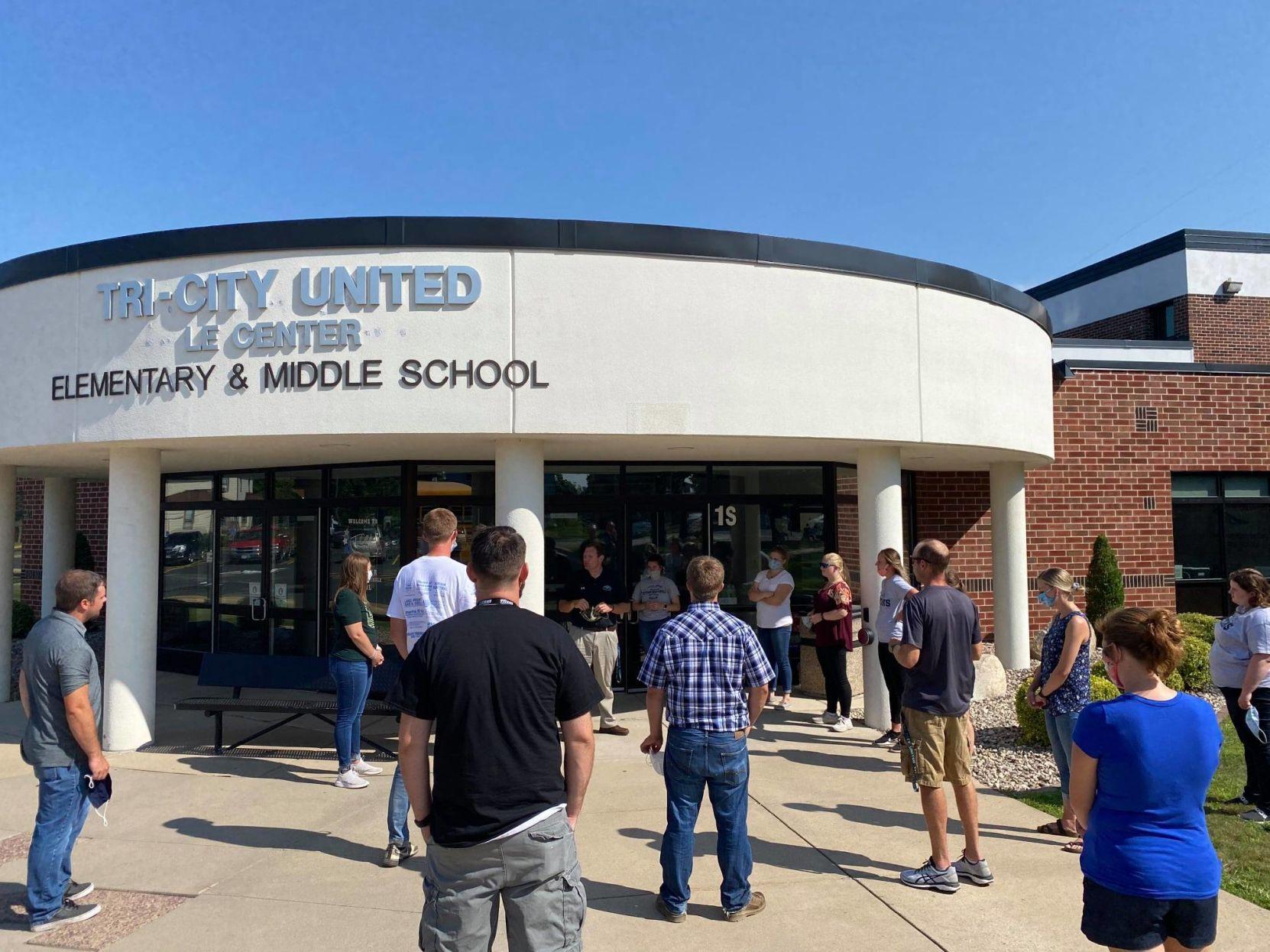 Tri-City United K-12 will go to full-time in-person learning for the first time this school year. Social distancing and mask requirements will still be in effect. (Photo courtesy of Tri-City United)