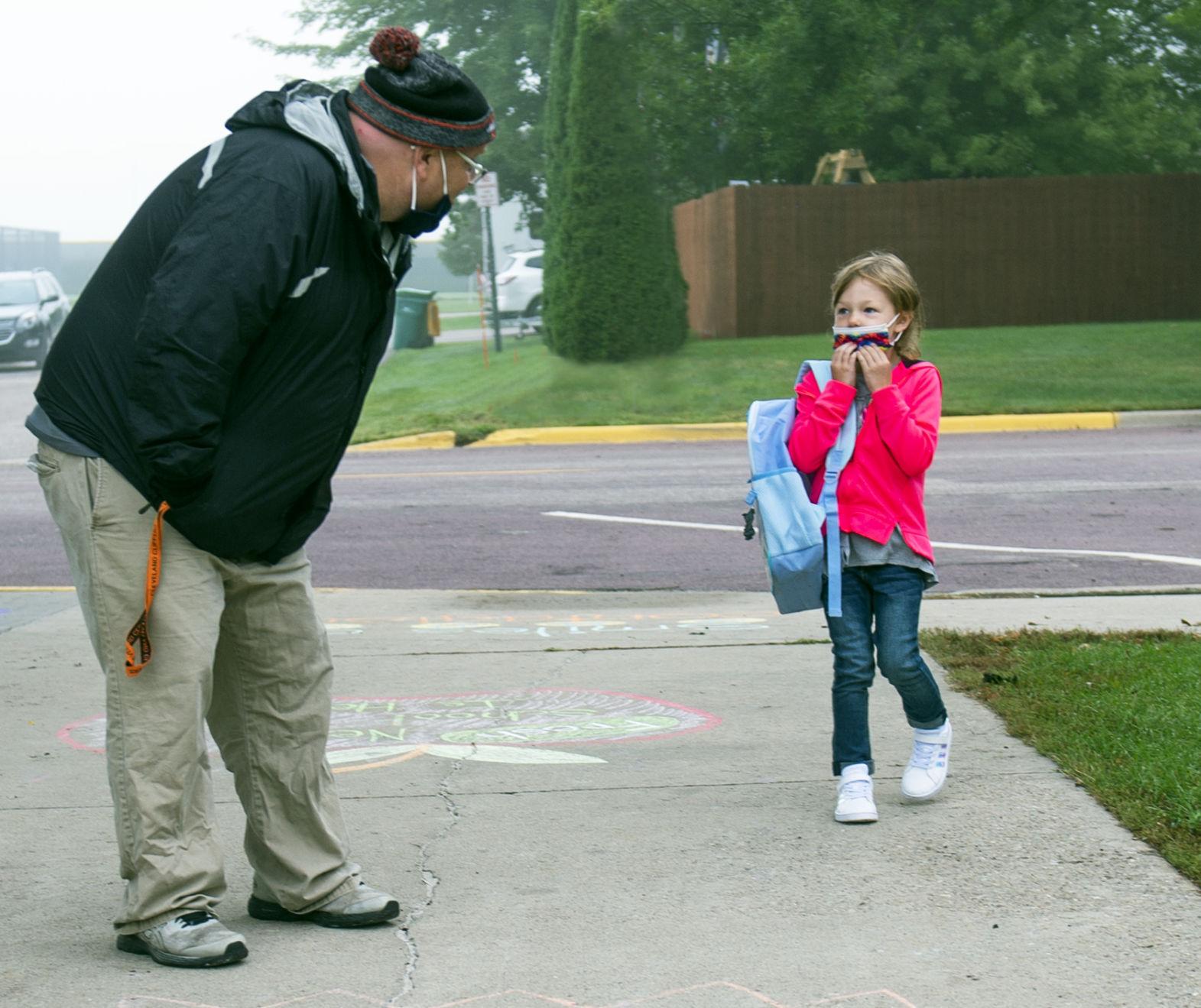 Fire damage at Bruce Alan Traxler’s home is suspected to be the result of arson. Traxler was killed in the Jan. 24 morning fire. His son, Hardy Robert Willis-Traxler, of Le Center, was arrested by police on suspicion of second-degree murder and arson. (Carson Hughes/southernminn.com)

One man is dead and another is in jail after a fire early Sunday morning in Le Center.

At approximately 7:15 a.m. Sunday, the Le Sueur County Sheriff’s Office responded to a report of a structure fire at 37722 Hunting Preserve Lane in Le Center.

Investigators at the scene reportedly found the body of an adult male, believed to be Bruce Alan Traxler, 64, the resident of the address. Subsequent investigation led to the arrest of Hardy Robert Wills-Traxler, 25, of Le Center.

Multiple sources confirmed to Le Sueur County News that Traxler was the father of Wills-Traxler.

Wills-Traxler was booked into the Le Sueur County Jail on suspicion of second-degree murder and arson. Wills-Traxler is expected to appear in Le Sueur County District Court Tuesday. As of Monday, he had not been formally charged (check lesueurcountynews.com for updates).

It’s the first murder case in Le Sueur County since January 2014 when Jonas David Nelson, then 18, shot his father in the head as he slept on the floor of their rural Montgomery home. Nelson, convicted in August 2015, is serving a life sentence for first degree murder. He claimed his father was too strict and wanted to get out from under his thumb.

The investigation into Sunday’s fire and Bruce Traxler’s death remains active and ongoing. 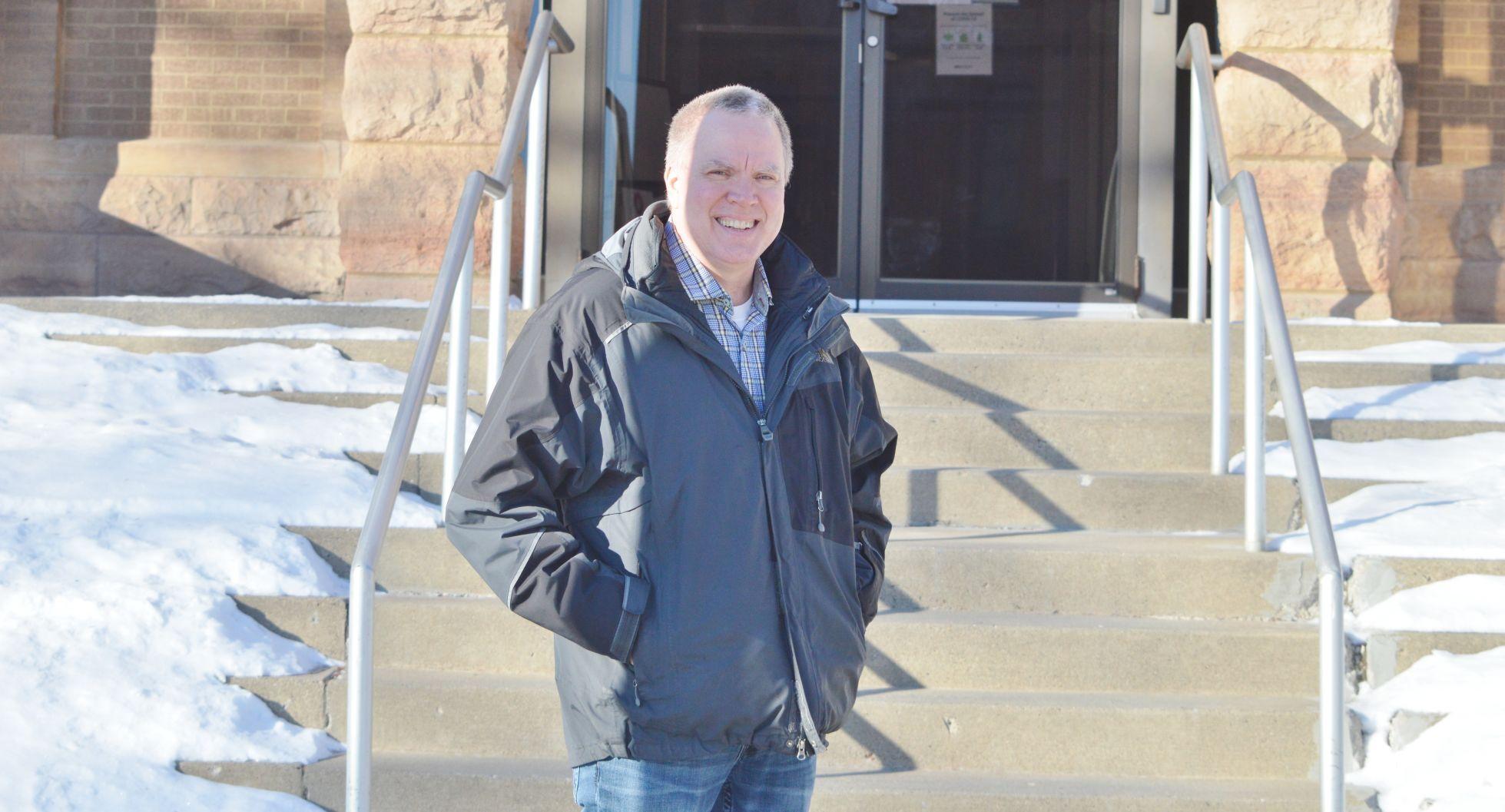 As County Administrator Darrell Pettis takes his leave on Friday, one of the highest managerial roles in the county is waiting to be filled.

Pettis recently resigned from his position to pursue a position elsewhere as an engineer. The move is a return to Pettis’ occupational roots, having joined Le Sueur County more than 20 years ago as a county engineer. As he reaches an age where he can qualify for PERA, Pettis said he needed to make a choice to pursue his career goals.

“If I wait much longer to do something else besides being a county administrator that would be very difficult,” said Pettis. “There’s an opportunity out there to go back into engineering and to work in a field that I enjoy, that I find very challenging. If I didn’t take that opportunity to do it now, I don’t think I would be able to do it in two or three years when my daughters are done with school.”

“I really enjoyed working with the residents of Le Sueur County,” Pettis added. “There were some really good people. I enjoyed working with my employees. They were awesome; they were wonderful to work with; they did a lot for me, especially when times were tough. Pandemics or disasters, they always pulled through and it makes me proud to work with them.”

Pettis joined Le Sueur County at a tumultuous time. The county saw high turnover rates in a number of high level positions and multiple interim county engineers in the span of six years. Pettis was hired was the county’s fourth attempt at finding a long-term county engineer and he would later be promoted to become Le Sueur’s first county administrator.

“We were in kind of a transition time because of several factors, the civil engineers interested in county work always stayed about one [year] short. Somebody would move from one county to another and around that circle they’d go,” said Joe Doherty, a former Le Sueur County Commissioner who sat on the hiring team that selected Pettis. “As we got to know [Pettis] and his work ethic, we got to see that he was ready for a bigger challenge. We were quite happy to have him. It’s not easy to find good talent willing to work with different boards and county directors.”

“He’s very easy top work with,” Doherty added. “A great guy with a lot of great ideas and leadership.”

As county administrator, Pettis was responsible for the day-to-day operations of the county and oversaw management of all departments. He also served as an essential advisor to the Board of Commissioners and helped manage Human Resources.

With his background as an engineer, Pettis was able to take on duties that a future county administrator might not be capable of. Pettis had a deep knowledge of county ditches, evaluated engineer’s reports and could answer engineering related questions at public hearings. He also put in time at the Human Resources Department, allowing what would be a two-person job to be run by a single department head.

Susan Rynda, head of Le Sueur County’s Department of Human Services, has been with the county for more than 30 years and said Pettis was the best boss that she ever had. She knew Pettis as a friend when he was county engineer and when he was promoted to county administrator, Rynda came to respect him as a leader as well.

“Darrell was always a person to help you out in any way,” said Rynda. “When I started out, we were half a million in the red and the Highway Department had a lot of funds, and Darrell and I discussed that, and Darrell’s department was the one that floated us through until we could survive and turn the ship around.”

Pettis felt that one of the areas he was able to make a change in the county was overseeing the completion of multitude of infrastructure projects, the most significant being the new Le Sueur County Justice Center, which houses a new sheriff’s office, county jail and county courtrooms.

“We were able to accomplish a large number of projects that never would have even been dreamt of 20 years ago,” said Pettis. “We needed a new jail and Sheriff’s Department 20 years ago, but it just took that long to get it done.”

To fill the role of the county administrator after Pettis’ departure, Le Sueur County has hired David Drown Associates to assist with the recruitment of a new candidate. In a proposal presented to the Board of Commissioners on Jan. 5, the company outlined an interview process that would include video interviews of the candidates, a personality index to gauge their strengths and a final interview with terms set by the Board of Commissioners and leadership team. In a best case scenario, the county could hire a new long-term replacement as soon as late May or early June.

The county will be without an administrator on Jan. 22, and it’s still unknown if someone would fill that position in the four-to-five-month interim. The Board of Commissioners has discussed taking on an interim administrator, which could mean bringing in a candidate from the South Central Service Cooperative, a neighboring county, or the Association of Minnesota Counties. 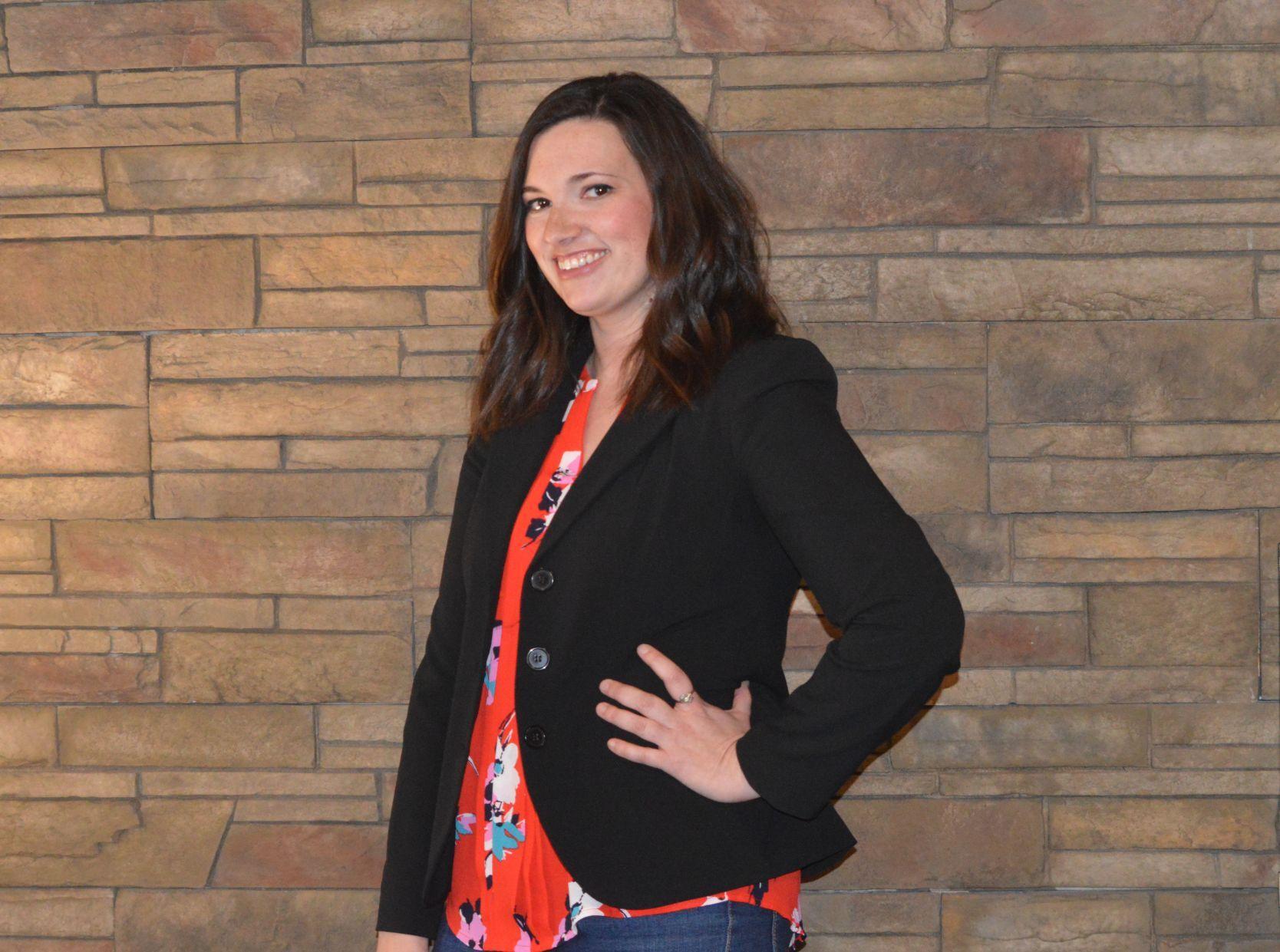 Le Sueur Chamber Director Jackie Fahey poses in Alice HQ Photography Studio. Fahey said the new position is her dream job, allowing her to work with the community she was born and raised in. (Carson Hughes/southernminn.com)

News
spotlight
Local law enforcement: Time to get 'back to basics' on road safety

After a difficult year that saw a spike in traffic deaths related to unsafe driving, local law enforcement officials are urging drivers to recommit to driving safely in 2021.

“I think, overall, driving conduct has gone south on us,” said Lange. “There’s a lot less traffic out there, but we’re certainly seeing higher speeds and inattentive type driving behaviors, so I think that’s a contributing cause to those numbers increasing.”

Nicollet County isn’t alone in this. Speed-related fatalities, as well as speeding citations, have risen all across the region. According to the Office of Traffic Safety, the number of speeding tickets issued to those going over 100 mph essentially doubled from 2019 to 2020.

Speed was a factor in 118 traffic fatalities this year, compared to 72 last year, surpassing impairment as the most common factor involved with fatal collisions. Failure to wear a seat belt took a big jump as well, rising from 73 associated fatalities in 2019 to 102 in 2020.

While it will be months before the state releases official, final figures as part of its annual Crash Facts Report, preliminary figures released Jan. 4 painted a dire picture. In total, 394 people lost their lives on Minnesota roadways last year, up 30 from 2019.

Though the pandemic has kept more people off the road, law enforcement theorize that sparse roadways led drivers to engage in more heedless behavior.

“The theory there is, because there were less drivers on highways, those increases in speeds led to an increase in crashes,” said St. Peter Police Chief Matthew Peters.

St. Peter did see an increase in fatalities last year on account of a single pedestrian death. But for the most part, increasing speeds haven’t been as much of a concern inside town. Peters said that most of these speed-related deaths were taking place on highways and in the metro area.

It was a similar case in Le Center, where Police Chief Robert Pfarr said he hadn’t dealt with any increased speeds or traffic. Speed is typically only a concern for the community when drivers pass through on Hwy. 99.

”Our crashes kind of remained the same,” said Pfarr. “A lot of our accidents are minor fender benders in the parking lots, stuff like that. We didn’t see an increase.”

But outside small towns, police may be looking at upping enforcement to bring down speeds. Lange said the Nicollet County Sheriff’s Department would continue to partner with Blue Earth County as a safe roads grant recipient to increase enforcement on speeding and that speed enforcement would be a statewide priority in 2021.

”One of the best ways to slow down drivers is enforcement,” said Peters. “It seems like more people are concerned with getting a traffic citation for speeding than for getting in a crash. I think you’ll find that from the enforcement standpoint at least, it’s important and it can change driver behavior.”

Buckling up couldn’t have necessarily saved all of the lives last year, but it continues to be the most important safety feature in every vehicle, mainly because it dramatically reduces the chances of being ejected from the vehicle during a crash. According to the National Highway Traffic Safety Administration, wearing a seat belt reduces the risk of fatality by 45% and serious injury by 50%. In total, wearing a seat belt has saved more than 300,000 lives from 1960 to 2012, according to the NHTSA.

Distracted driving deaths were also up, rising to 30 statewide from 27 last year, even though 2020 was the first full year that the state’s “Hands Free” law has been in effect, barring motorists from holding a cellphone while driving.

Prior to the change, motorists were only prohibited from texting while driving. However, the challenge of identifying whether someone was texting or using their phone in a different manner limited enforcement.

One modest bright spot was a very modest preliminary decrease in impaired driving-related fatalities. Figures show 109 traffic deaths linked to impaired driving, down from 111 last year, though the decrease in drivers arrested for DWIs fell by a full 19%.