News
topical
The coffee is bottomless and the fireplace is warm: Area 57 Cafe celebrates 20 years

Coming south down Highway 57, onlookers might spot white letters spelling the word “coffee” on the side of a brick building. 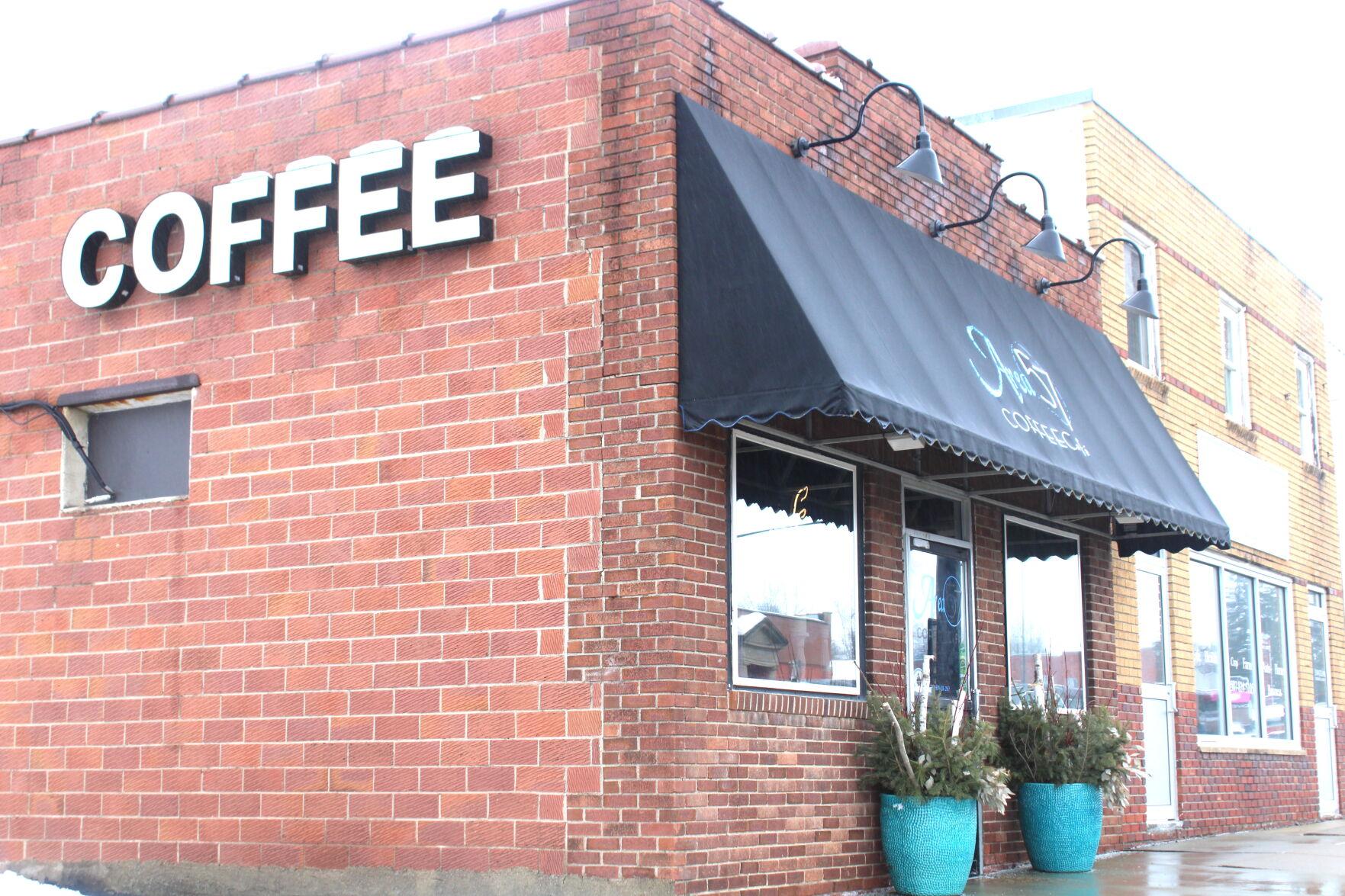 Guests who stop in are welcomed to a warm embrace from the cold weather outside. Regulars take off their coats; newcomers are first greeted at the counter. The coffee is bottomless and the fireplace is warm.

This has been the scene for Area 57 Cafe for two decades. The Wanamingo cafe is celebrating its 20th anniversary this month.

Owners Ryan and Nicole Holmes recognized an opportunity after Ryan worked across the street at Nelson Electronics. Going against the grain, Ryan and Nicole thought Wanamingo could use a coffee shop. Both Ryan and Nicole loved coffee. Customer service was Ryan’s specialty, and Nicole was previously a nurse. Both had experience with helping others. 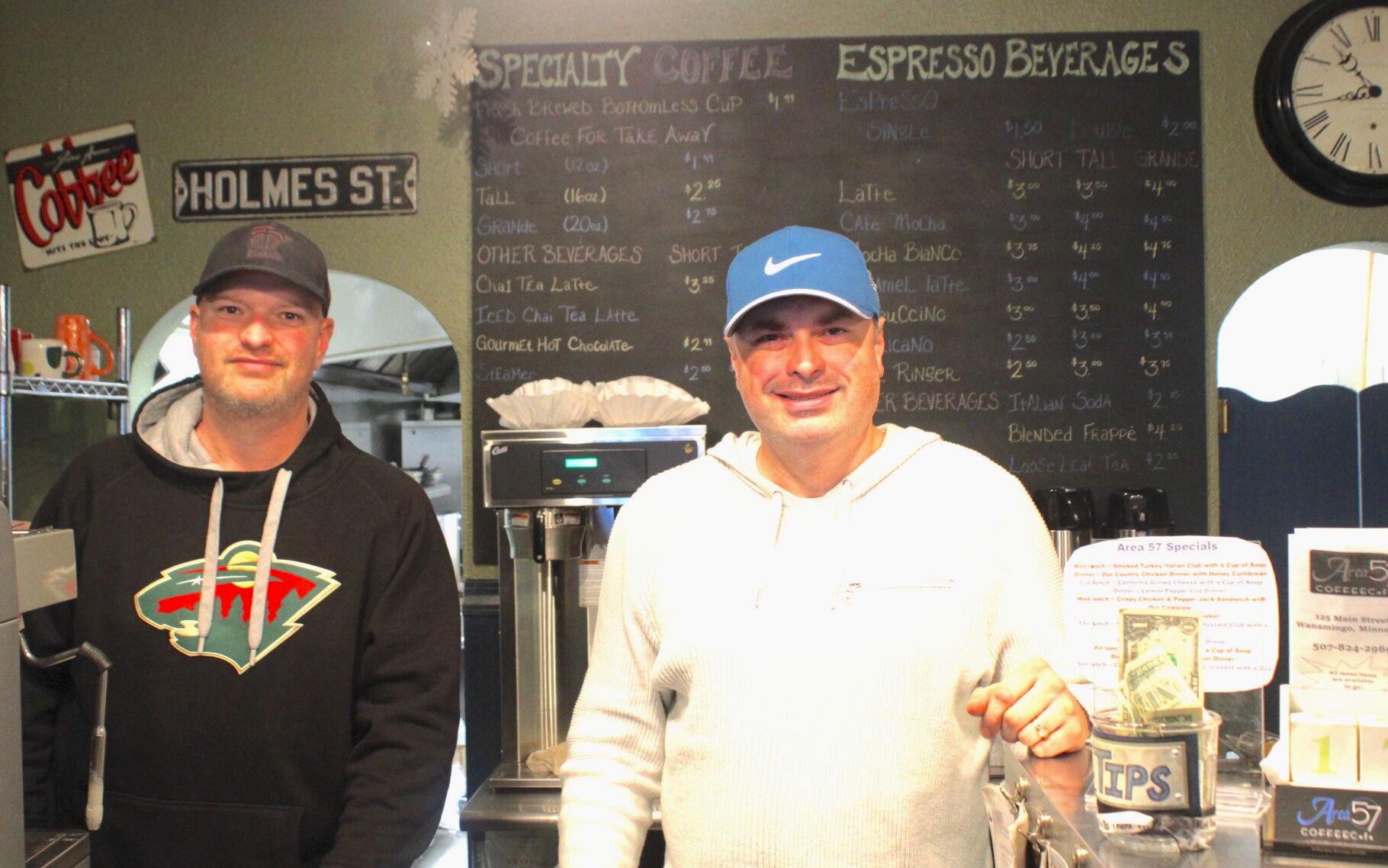 Ryan Holmes (right) and his brother Aaron welcome guests at the front counter of the popular Area 57 Cafe.

“We wanted something we could do together,” Nicole said.

On this stretch of Highway 57, the only restaurant was the bar across the street. The Holmeses wanted to bring another option to this side of town.

“We complement each other,” said Ryan. “They have burgers and things over there that we don’t have. We weren’t going to do the traditional burgers and fries, so it was met with a lot of skepticism initially.”

Area 57, like the notable Nevada Air Force Base that doesn’t technically exist on paper but exists to the naked eye, was the perfect homage for the cafe. 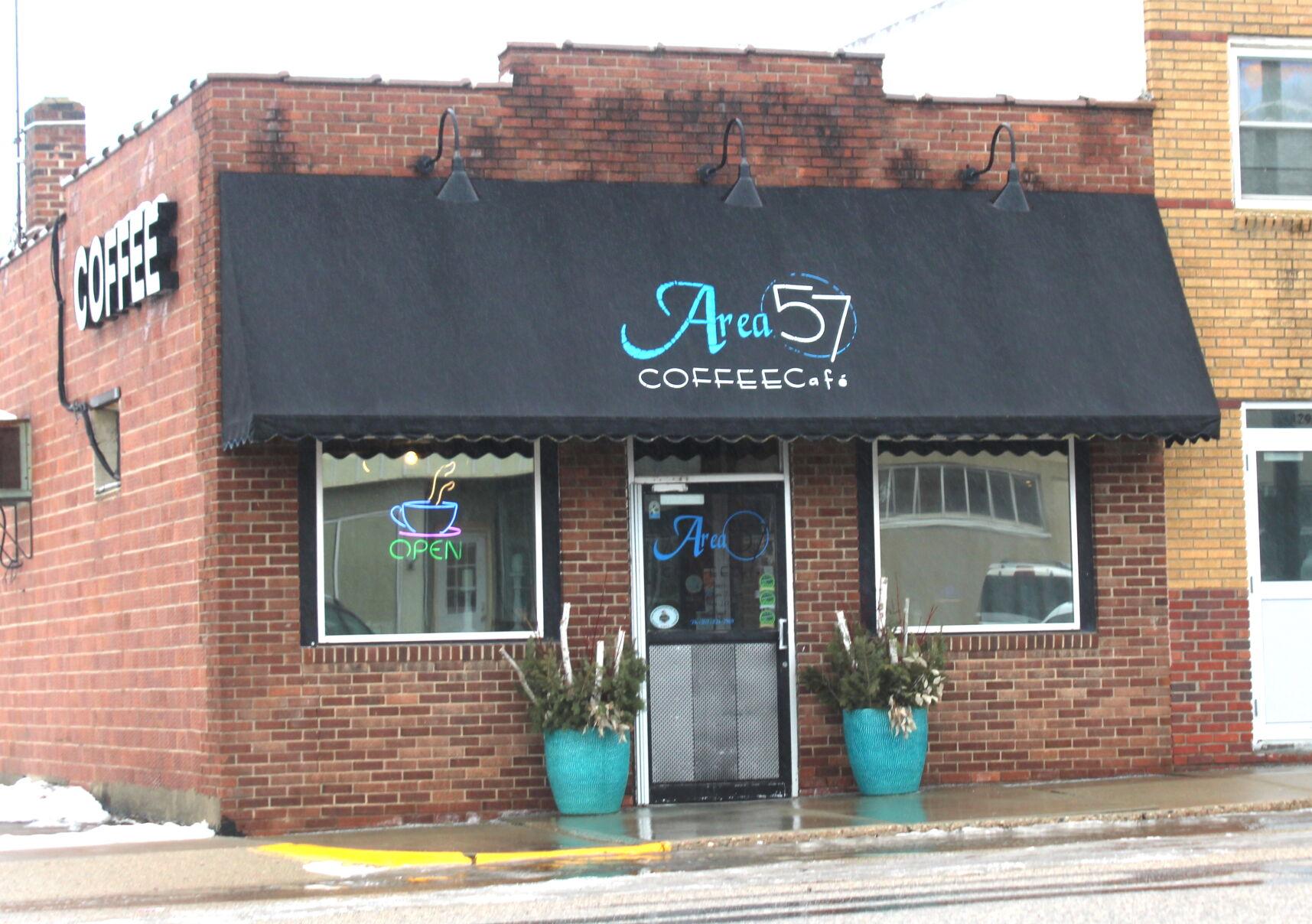 Area 57 Cafe is a hotspot in the town of Wanamingo. (Josh McGovern photos/southernminn.com)

“It’s a coffee shop in town that probably isn’t supposed to be here, yet here it is,” Ryan said.

In the Wanamingo area at the time, there weren’t many places like it where customers go to the counter then sit and the food is brought to them. Typically, restaurants in the area remained traditional with servers.

Ryan and Nicole stayed true to their vision and Area 57 took off. The cafe brings in visitors from Kenyon and Wanamingo, but also neighboring towns. The cafe sees new faces, but it also has its regulars who have become family to the Holmeses.

The coffee shop owners have watched families grow through the 20 years they’ve been on Highway 57. In some cases, they know their customers better than family, because they see them every day. As time goes on, the Holmeses are starting to see new generations coming — people they’ve watched grow up and start their own families.

Most days the cafe is packed with regulars and newcomers alike. Ryan and Nicole stop by the tables to greet people they know and people they hope to know. They share stories and remember their usual orders.

Nicole told the story of a young customer who struggled during the COVID-19 lockdowns. She remembered having a slice of pie each time she came to the cafe as a kid. When the lockdowns concluded, she came straight to the cafe to feel the comfort of home in the cafe and that slice of pie.

“We love this business,” Nicole said. “Treating people like family, that’s our whole goal. I just want them to feel like when they come in here, they’re coming into my home. We try to make it homey and comfortable.”

“We enjoy people,” Ryan said. “I enjoy finding out their backgrounds and stories. What better place than at a coffee shop to learn about people?”

Family staffs Area 57. Ryan and his brother, Aaron, run the counter and take orders. Nicole is in the back cooking and baking with her daughters, Sophia and Victoria. Nicole’s mom runs the books.

The building was always a restaurant, but the previous owners struggled with the restaurant industry. They locked the doors and left one day. The restaurant was in such disarray that even the syrup bottles were left open and spilled. The Holmes renovated the entire building in a span of three months, then opened doors on Jan. 13, 2003.

“It’s nice to see that you have enough loyal customers that feel strongly enough they vote for you,” Ryan said.

While COVID-19 lockdowns crippled the restaurant industry, Area 57 Cafe thrived. Their takeout business boomed and got them through. Even then, their business was full of surprises. Supply chain issues made it difficult to get takeout boxes. Some days they were different colors or made of paper, but the Holmes took what they could and rode the wave.

Catering has allowed the Area 57 Cafe to grow, especially with box lunches for businesses.

Entrepreneurship, much like customer service, runs in the family. Both Nicole and Ryan’s families operated several small businesses. Ryan’s father owned the Kenyon Auto Body until his death. Nicole’s parents owned Napa Auto Parts in Kenyon. Ryan, who is a Kenyon native, met Nicole when she visited the shop to help her parents. Together, they have seven children.

Area 57 Cafe has put employees through college, debt-free. It has kept families returning through its consistent hours, menu and warm welcomes.

“We are so thankful to the communities for the support we have,” Ryan said. “It’s just amazing to see people are willing to come over and eat here.”

At its first meeting of 2023, Kenyon’s newly sworn-in City Council members welcomed a new, if familiar, member and formally signed off on an 8% increase in sanitary sewer fees.

During his 14 years as Kenyon’s police chief and 26 years in law enforcement, Lee Sjolander built up quite a following, with his social media-savvy and down to earth touch garnering state and even national attention for the Kenyon PD.

After retiring in 2021, Sjolander decided that he wanted to remain active and keep working to make the community a better place. That led him to run for council, a body with which he was intimately familiar, having attended nearly all meetings during his tenure as police chief.

Sjolander was elected with support from the large majority of voters who cast their ballot, with voters opting to re-elect Councilor Kim Helgeson as well. Sjolander is taking the council seat of Dan Rechtzigel, an educator and former county commissioner who did not seek re-election.

Among Sjolander’s first actions was to join the rest of the council in approval of a raise to the sewer and water fee. The decision was discussed back in October, as the council was putting together its budget for fiscal year 2023, but a final decision on the rate increase was put off until January.

The sanitary sewer increase is in line with the council’s overall increase to the levy, which accounts for general expenses and will also pay for the purchase of an inline grinder pump — the only major system infrastructure upgrade projected for 2023.

Public Works Superintendent Wayne Ehrich estimated that the pump will cost $70,000 to $80,000. In turn, city residents will see their water rates increase by about 50 cents per 1,000 gallons, with base rates up by about $1.75 for most residents.

The hike in rates also comes as the council invests in its Pearl Creek Sanitary Sewer project. City Engineer Derek Olinger, of Bolton & Menk, gave the council a short brief on the progress he has made in negotiating with landowners currently controlling right of way in the area.

Ongoing issues with the existing sanitary sewer in the area of Hwy. 60 and Second Street have led the council to prioritize the Pearl Creek Project. The council has committed to replacing and rerouting the pipe to prevent further issues.

Gaining right of way will mean securing agreement from three separate property owners, and the overall project cost will run at $1.2 to $1.4 million. Olinger assured Mayor Doug Henke that, once completed, the line would provide plenty of capacity to the city’s east side.

Olinger clarified that, even once completed, the new line won’t be responsible for water from the industrial park on the east side of town. Instead, that water will flow out of town to the north and up toward the Goodhue County Highway Shop off of Hwy. 60. 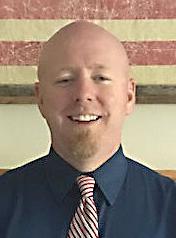 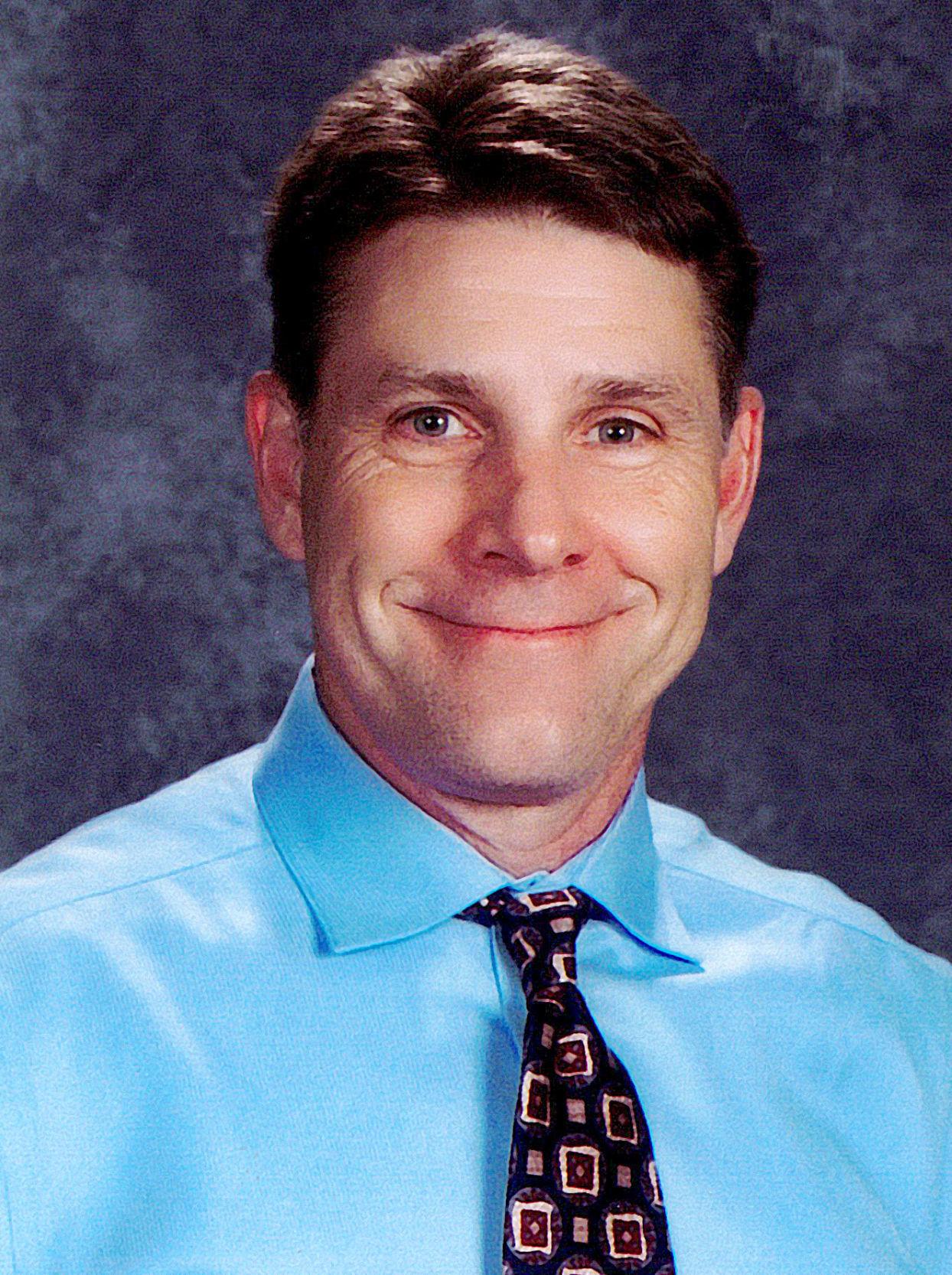