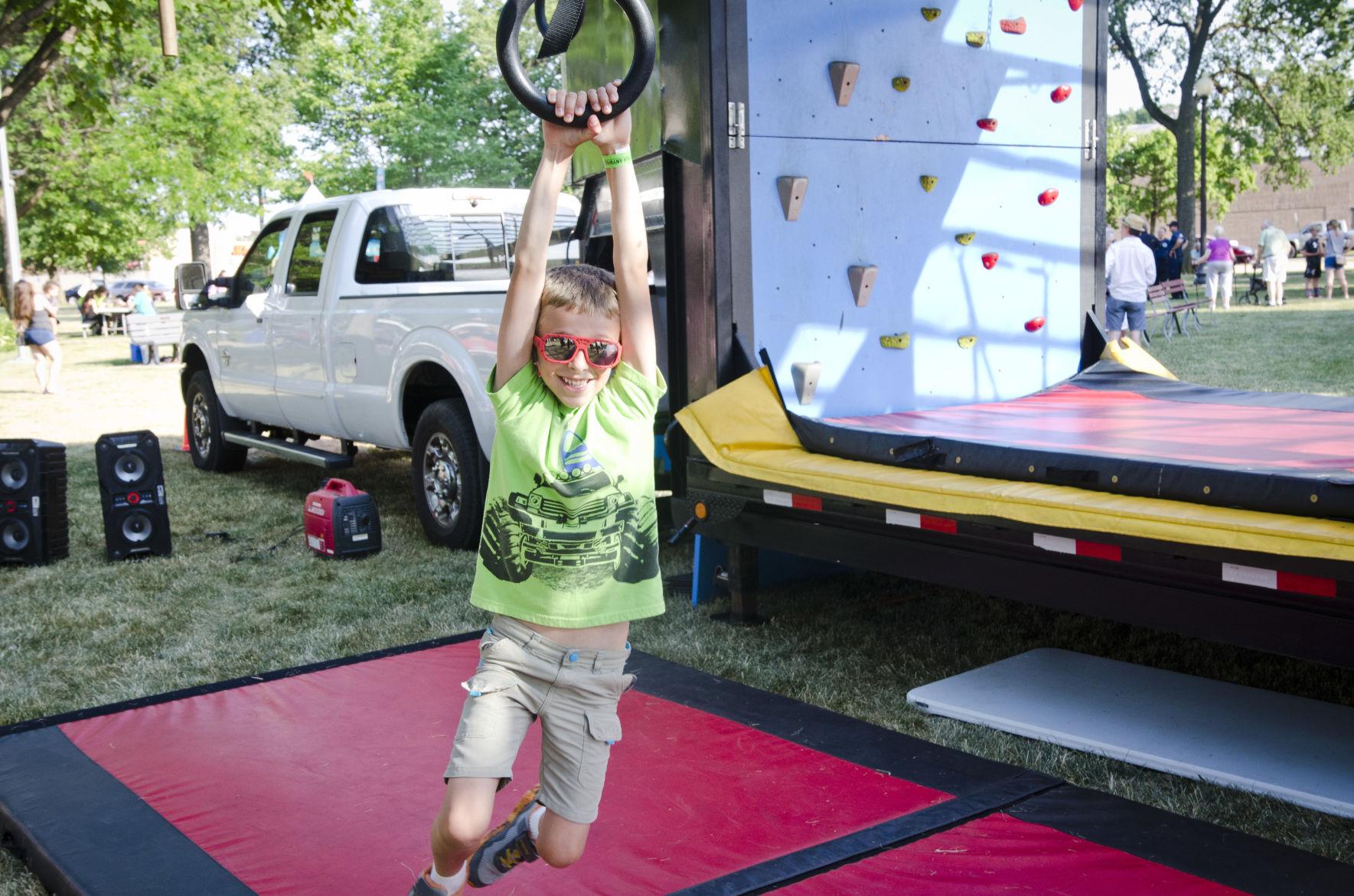 Seven year old Landon Schultz tests his stamina on the Ninja Anywhere obstacle course for children and adults alike. The course was one of several opportunities available children could participate in. (Michelle Vlasak/southernminn.com) 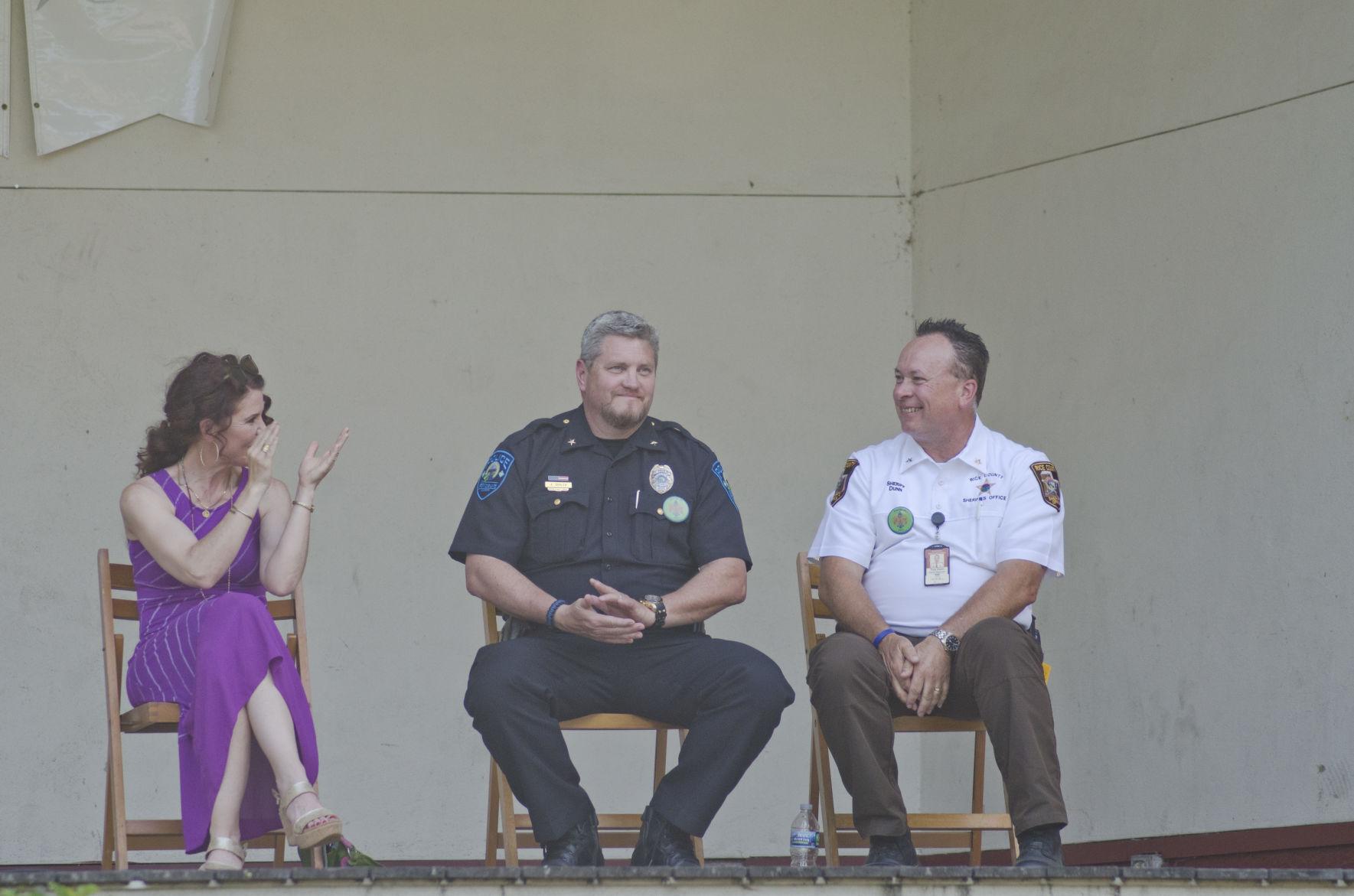 News
spotlight
From the field to the road: Soy tires donated to first responders
Ashley Rezachek / By ASHLEY REZACHEK ashley.rezachek@apgsomn.com

A small crowd gathered on a soy farm in Rice County Thursday morning to promote the use of soy-based tires during the Driving Soy campaign. (Ashley Rezachek/southernminn.com)

A Rice County sheriff's deputy will be hitting the streets with soy tires on his squad car.

The donation of the soy tires Thursday is part of Minnesota Soybean Research and Promotion Council's "Driving Soy" campaign this summer. Minnesota Soybean's 44 organized soybean county boards in the state began donating sets of soy-based tires to local first responders June 1. Goodyear has been producing tires using soybean oil instead of the standard petroleum oil for the last several years.

As a soybean farmer himself, Rice County Sheriff's Deputy Derek Estrem is not only the recipient of the new soy tires, but also understands how the tires began. He grows corn and soybeans with his brother, uncle and cousins on their third-generation family farm in Nerstrand. He also serves on the Dakota/Rice County Corn and Soybean Board.

Mike Youngerberg, Minnesota Soybean's senior director of product development and commercialization, took some time to share his excitement with the group. He highlighted various technological advances which have helped farmers throughout the last few years and expressed his interest in branching out to find new opportunities for soybean use via research and development.

“Soybean oil in the tread of four lines of all-season Goodyear tires improves the tires’ flexibility, providing better traction in colder temperatures, and lowers petroleum-based use by 42-62%. Goodyear has increased its use of soybeans by 73% since 2018 and has pledged to fully replace all of its petroleum-driven oils with soybean oil by 2040,” according to Minnesota Soybean.

Minnesota Soybean's soy tire donations are thanks to the soybean checkoff, which is a required assessment that funds research. Every year Minnesota Soybean funnels checkoff funds into research, promotion and marketing. This move is intended to improve profitability for Minnesota's nearly 28,000 soybean farmers.

Speakers at the event Thursday highlighted the donation, calling it a "win, win, win" for law enforcement, soybean farmers and the environment. Vaubel also took a few moments to discuss agricultural innovations within the state while Rice County Commissioner Galen Malecha shared his appreciation for the agriculture community and its contributions to the county’s economy. Malecha further highlighted the importance of the technology in advancing farming and law enforcement work, and expressed interest in the various uses of soybeans.

Each soybean county board participating in the Driving Soy campaign will be able to donate a set of Goodyear’s soy-based Eagle Enforcer All-Weather tires to their local first responders. These tires are designed specifically for first-responder vehicles and have the ability to move through all-season climates, a much needed feature in the state of Minnesota.

Estrem said he is looking forward to testing out the new tires when he attends driving school as a part of some upcoming training he'll be completing. There he will practice maneuvers not typically made on an average patrol day.

If you are interested in learning more about the Driving Soy campaign and soy tires visit https://tinyurl.com/w8usnxh6. 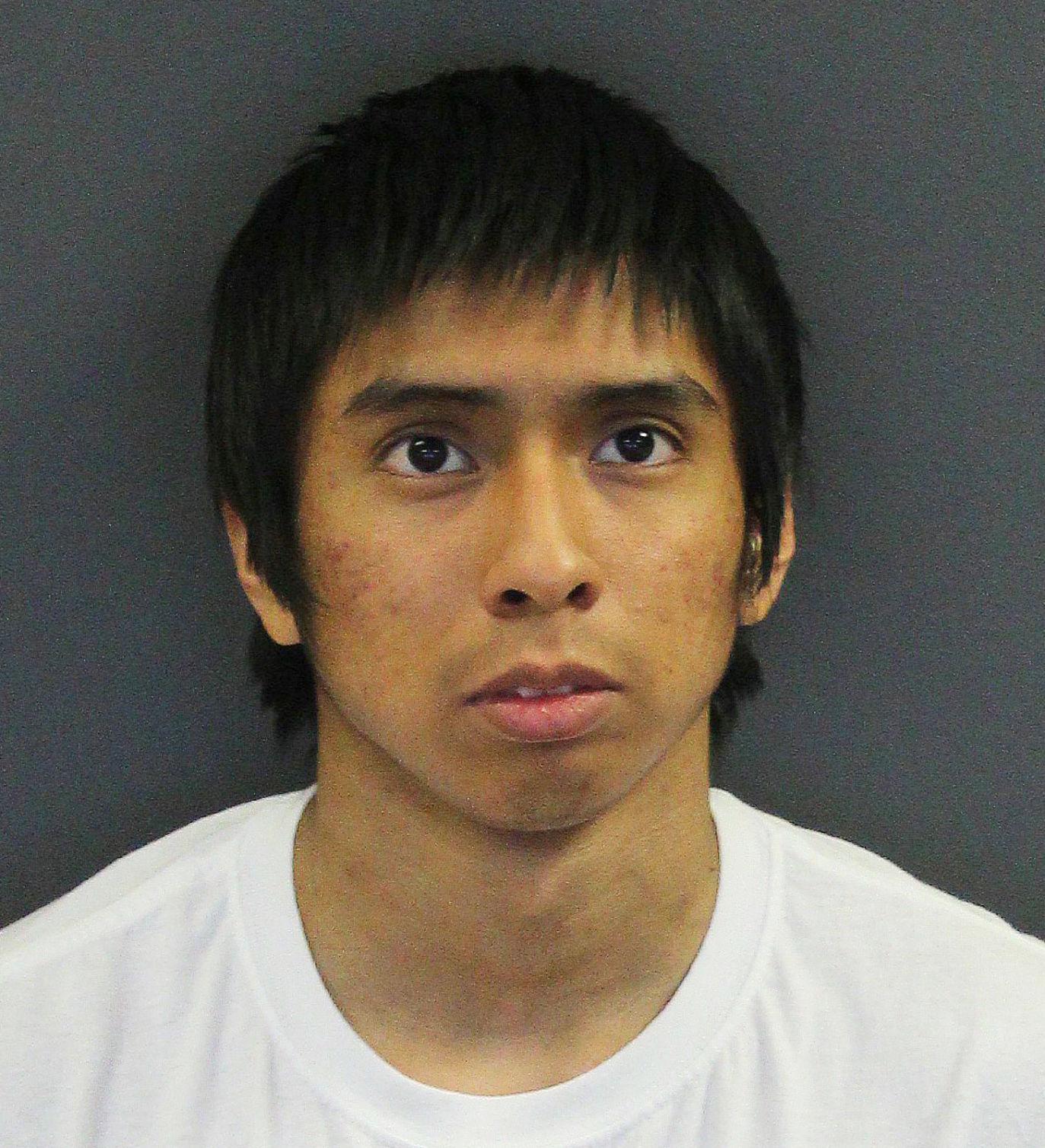