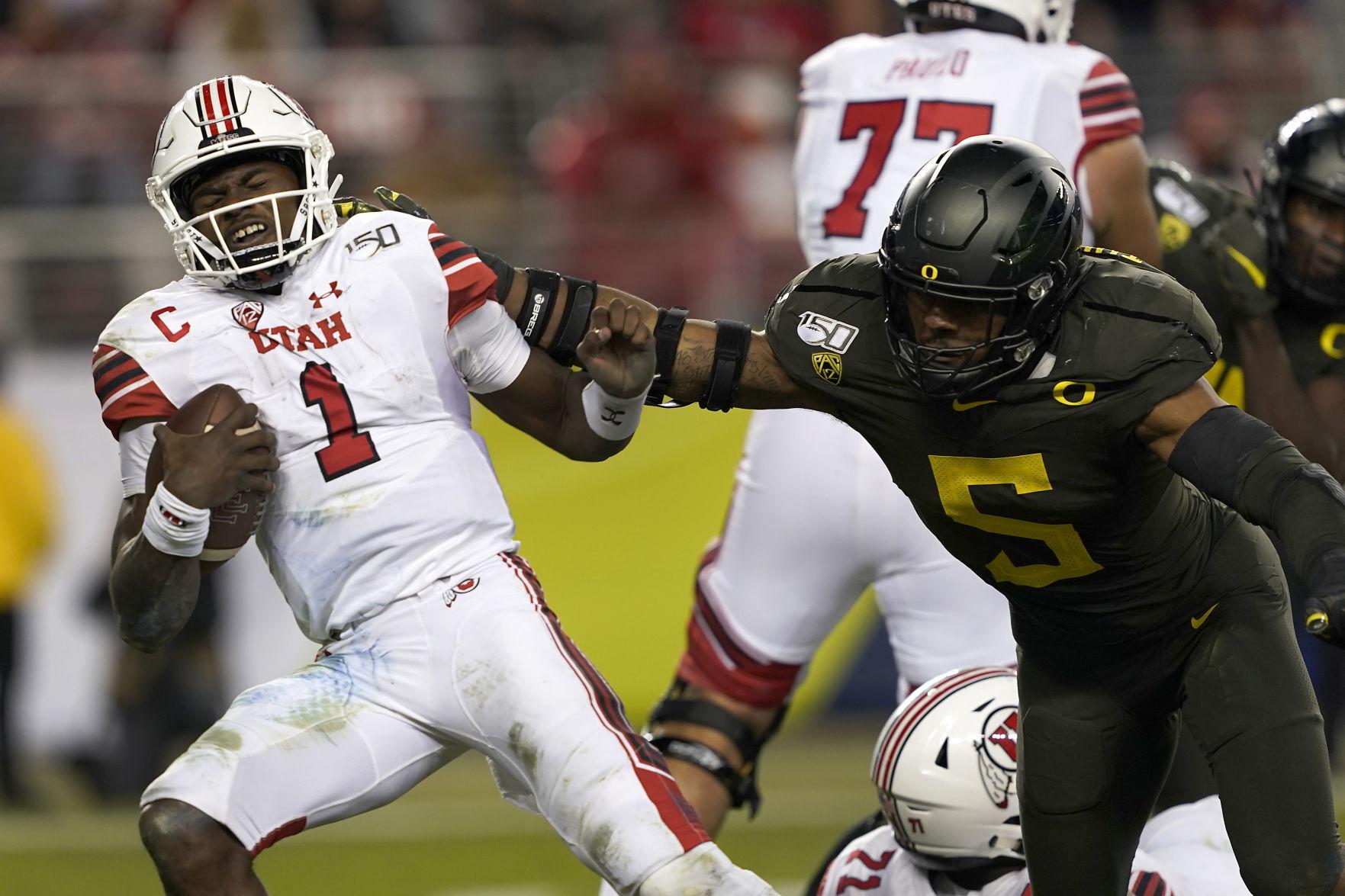 In this Dec. 6, 2018, file photo, Utah quarterback Tyler Huntley (1) is sacked by Oregon defensive end Kayvon Thibodeaux (5) during the second half of an NCAA college football game for the Pac-12 Conference championship in Santa Clara, Calif. Last year’s top two teams in the Pac-12 might be back on the field sooner than expected after the revelation all 12 schools in the conference will soon have access to daily COVID-19 testing. (AP Photo/Tony Avelar, File)

Total assets seized by Minnesota law enforcement declined from roughly $11.1 million in 2018 to $10.5 million in 2019. Even with the drop, asset forfeitures are still significantly higher than they used to be. (File photo/southernminn.com)

After a record setting 2018, asset forfeitures across the state of Minnesota declined slightly in 2019, according to a new report issued by State Auditor Julie Blaha.

According to Blaha’s office, law enforcement agencies completed 7,708 seizures in 2018, compared to 8,091 last year. Accordingly, total assets seized declined from roughly $11.1 million in 2018 to $10.5 million in 2019. Even with the drop, asset forfeitures are still significantly higher than they used to be. The 2018 figure was the highest since the state enacted new, more stringent reporting guidelines in 2010 in response to reports that the Metro Drug Task Force abused the process.

According to Blaha’s report, 94% of forfeitures in Minnesota were related to DWIs or controlled substance abuse. Other reasons for forfeiture can include fleeing a police officer or burglary. Vehicles accounted for 65% of property seized, while cash was 25%.

Locally, the Rice County Sheriff’s office processed 12 motor vehicle forfeitures and one motorcycle forfeiture. Five were returned to the owner or lien holder, while the remaining eight were sold, bringing in proceeds of just over $20,000.

Owatonna’s Police Department was even busier, processing 19 motor vehicle forfeitures last year. However, only five of those transactions brought in net proceeds to the department, totaling just over $7,000. Notably, Owatonna PD was one of only two local departments to process forfeitures for reasons other than DWI or controlled substance abuse, with one vehicle forfeited for third-degree sexual contact, another for aggravated robbery and a third for fleeing a police officer.

Faribault Police Capt. Neal Pederson said that in many cases, no proceeds are netted because the vehicle was involved in a crash, or is in poor condition. Other times the department may work out a deal to sell the vehicle back to the original owner.

“We try to be reasonable about the vehicles,” he said.

Ironically, Lonsdale’s Police Department netted more in net proceeds than Faribault or Northfield’s, at just over $3,000. Police Chief Jason Schmitz noted the proceeds will be used to purchase needed equipment.

According to Schmitz, each vehicle was sold online. He said that while final decisions are up to the County Attorney’s office, the department likes to be as consistent as possible to avoid any potential allegations of favoritism.

Minnesota’s civil forfeiture laws have become increasingly controversial, with some viewing them as a violation of due process. At the legislature, bills have been introduced to abolish the practice altogether, and instead require a criminal conviction before property can be seized. That legislation enjoyed support from civil liberties groups but was strongly opposed by an assortment of police unions and law enforcement groups, the League of Minnesota Cities and Mothers Against Drunk Driving.

Law enforcement has maintained that civil asset forfeiture is an important tool in the fight against organized crime, especially drug smugglers. To address their concerns, a compromise bill was drafted and passed a House committee unanimously this year.

While it ultimately didn’t pass the Legislature, HF4571 enjoyed support from both police and civil liberties groups. It would have included additional transparency and new restrictions on DWI-related forfeitures, creating a new process for owners to petition for asset recuperation. That provision was inspired by a Minnesota Supreme Court case involving Helen Olson, a Shakopee woman who had her vehicle seized after her daughter was charged with a DWI while driving it.

Noting that Olson was not driving the vehicle when the crime was committed, the Court ruled 5-2 that the existing state law constitute a violation of due process. Accordingly, the amended law would have protected “innocent owners” like Olson.

Crucially it would have included a restriction on seizures of cash and property valued at less than $1,500. Law enforcement would have been required to show probable cause in such cases, which irked groups like the Minnesota Chiefs of Police Association.

In her release, Blaha spoke supportively of that proposal. She noted that although seizures of property valued at less than $1,500 only bring in about $1.5 million to the state, they account for a majority of seizures and can have a big impact.

“If you are a low-income person experiencing a forfeiture, those amounts can have a big effect on your life,” said Blaha in a prepared statement. “Having a few hundred dollars seized can mean the difference between making rent or homelessness. Losing that old car can lead to missing work and losing your job.”

Though the COVID-19 pandemic may have delayed the annual award ceremony, it couldn’t stop the Faribault Area Chamber of Commerce and Tourism from celebrating outstanding local businesses for a 35th year.

The Chamber said Friday that it would announce its 2020 Business of the Year and honor other outstanding local businesses and community members at a special luncheon Oct. 1. Chamber President Nort Johnson expressed confidence that although he’s unsure exactly what plans will be in place by the time of the event, the Chamber should be able to follow through on having the event in-person.

Businesses are nominated by any Chamber member for Business of the Year. Johnson said that staff prepare the nominations and then a committee composed of local business leaders decides which businesses to honor. Out of a large initial pool, the committee whittled the list down to a list of three finalists, which have been publicly released. A top finisher was selected from those three, but its name is sealed in an envelope, its identity unknown even to Johnson until the big day.

Two of the three finalists just happen to be two of Faribault’s largest and most well-known companies: Jennie-O Turkey Store and Daikin Applied. The third, Lighthouse Strategic Solutions, is significantly smaller and less well known.

All three businesses will be profiled in upcoming issues of the Daily News. Although the Business of the Year may be the event’s marquee award, five other awards will be given to other key community members and businesses.

The Committee selected recipients of the Legacy Award, Excellence in Education Award, Customer Service Award, and for the first time, a special COVID Response and Community Resilience Award. Chamber staff, meanwhile, selected a Chamber Volunteer of the Year.

Those chosen for those awards are as follows:

Chamber Volunteer of the Year

AND THE WINNER IS…

The Chamber will announce its 2020 Business of the Year and honor other outstanding local businesses and community members at a special luncheon Oct. 1. Doors open at 11:30 a.m. for the event, which will be held at the Faribault American Legion.

Tickets for the event can be purchased for $25 online on the Chamber’s website, or by calling the Chamber at 507)-334-4381. Some space will be reserved for honorees and in order to comply with COVID-related restrictions, the number of guests will be limited.

This article has been updated to note the correct price for tickets to the Faribault Area Chamber of Commerce and Tourism's Business Awards luncheon. 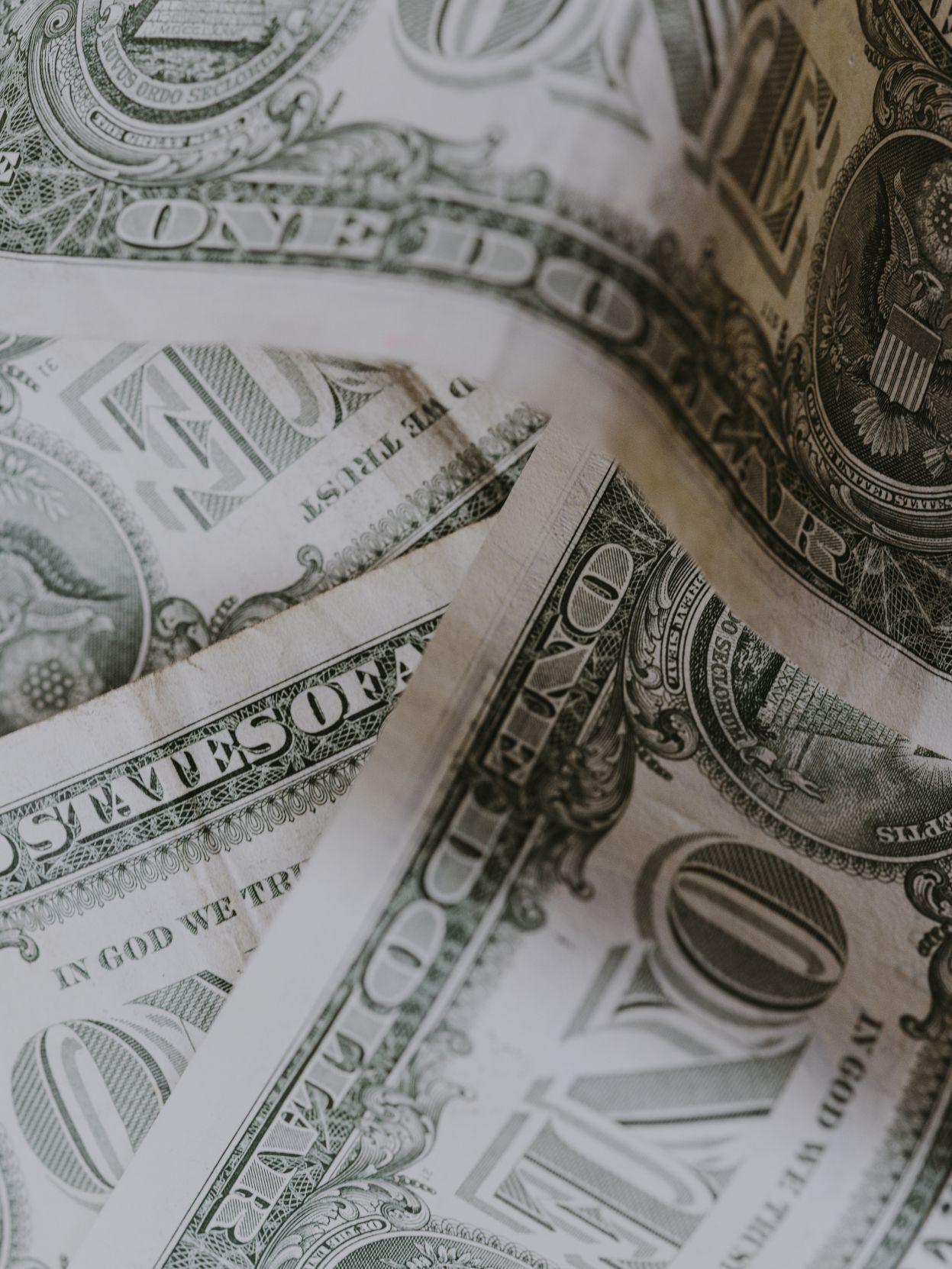