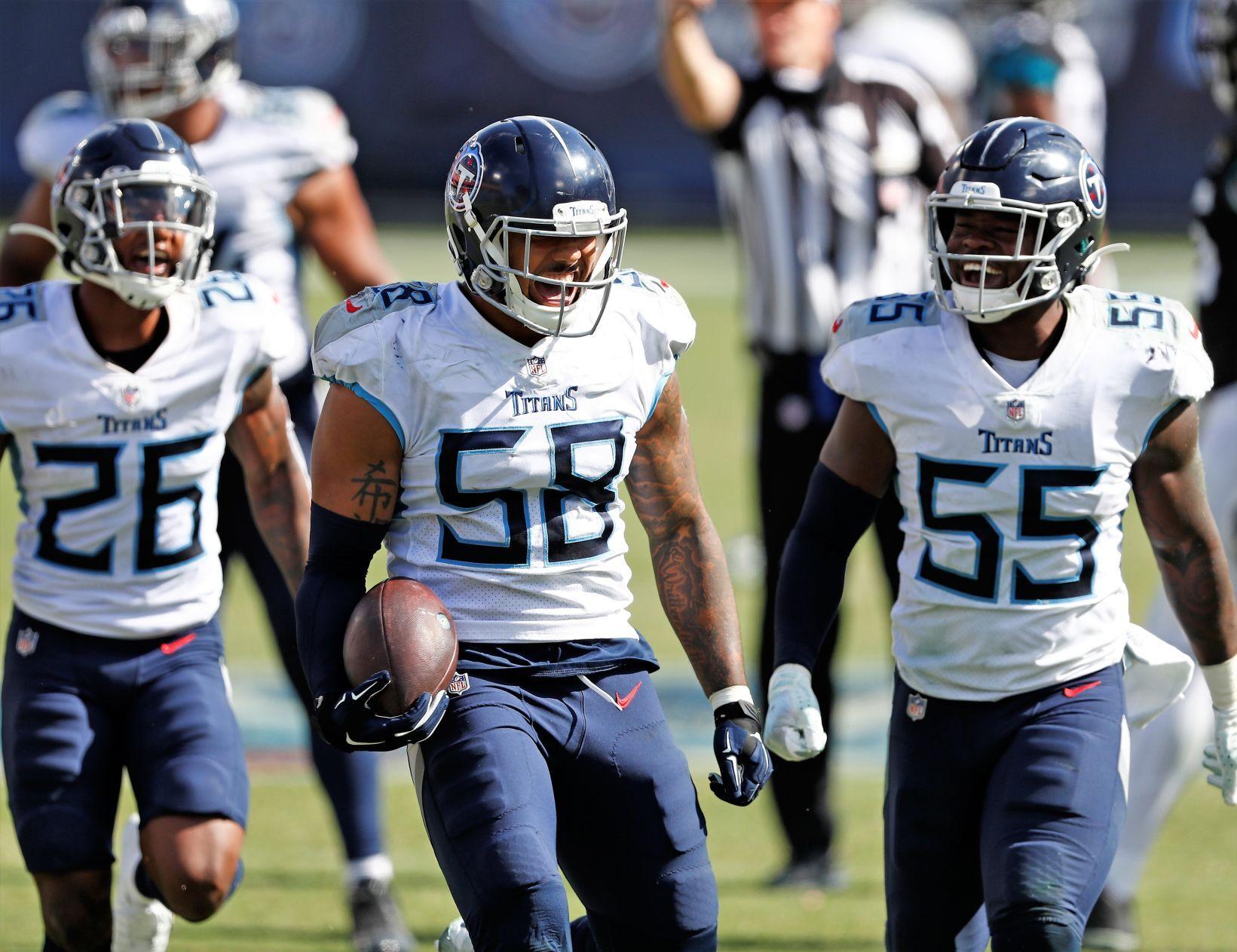 Tennessee Titans linebacker Harold Landry (58) celebrates after intercepting a pass to stop the final drive of the Jacksonville Jaguars in the fourth quarter of an NFL football game last Sunday in Nashville, Tenn. The Titans won 33-30 and enter Week 3 undefeated at 2-0. (AP Photo/Wade Payne)

Joel Klein of Burnsville has produced documentaries, sports production, live television footage and promotional videos in the years since he graduated from Faribault Lutheran School in 2007.

On Thursday afternoon, Klein returned to FLS to deliver a crash course in filmmaking to seventh- and eighth-graders in Joyce Kromminga’s classroom. Over the course of an hour, Klein described the basics of filmmaking, showed examples of various media equipment and talked about possible career paths in video production.

“Social media, streaming and filmmaking is everywhere,” Klein told the FLS class. “Even if you don’t want to learn anything about film production for a career, it can be a really fun hobby.”

According to Klein, producing a video requires first brainstorming ideas.

“No idea is a bad idea until you start narrowing it down,” Klein said.

After selecting an idea, Klein said he writes a script and creates a storyboard to ensure everyone else involved in the project understands his vision. He then develops a shot list, along with a list of props and locations to use in the filming process.

When talking about filming gear, Klein told students, “A phone is more than enough. Expensive gear doesn’t always equal a better video.” However, for more stability with his shots, he uses a tripod. He showed students his drone, which can film footage far above ground level, and described some of the rules and regulations surrounding drone use. He also played a video about a robotic arm camera called KIRA, which can move up to 9 feet per second.

Klein gave students several filming tips he learned through his experiences. He emphasized the importance of charging a phone before filming and said holding the camera horizontally and at eye level makes for a better viewing experience. He showed students examples of poor and good framing and covered the importance of sound quality. Cautioning students away from using copyrighted material, he said YouTube and Facebook offer free music for anyone to use.

Near the end of his presentation, Klein brought awareness to possible career avenues with filmmaking. He told students they could establish connections by volunteering at a public access station, interning and/or working for free, or going to college to major in broadcasting. Filmmakers might consider sports broadcasting, wedding videography or testimonials as potential pathways.

If students remain healthy during the pandemic and continue school in person, Kromminga said they might receive cameras of their own. Then, she would invite Klein back to the classroom to “show them how to shoot.”

Joel Klein is the co-founder of Klein Media, which provides filmmaking services, drone photography, and streaming services. To learn more about his work and view his blog, visit kleinmediallc.com.

Faribo West Mall Manager Laura Sterling has teamed up with one of her tenants to open up a new boutique that opened for business towards the end of last month.

Sterling and Kari Casper, a staffer in the city’s Community & Economic Development Department who also works on the side at Jo-Ann’s Fabrics, opened their new boutique under the name “Kari’s and Laura’s Boutique.”

The boutique is next door to the former location of “Kari’s,” which is now occupied by lawyer Gary Dahle. Casper opened up shop in the small corner room last fall and it was quickly bursting with handmade, one of a kind clothing and jewelry.

First relying on word-of-mouth to build her clientele, Casper began attending events and relying increasingly on social media. “Kari’s” was her first brick-and-mortar storefront, though hours were a bit limited by her busy schedule.

By the time she opened her boutique, Casper’s commitment to providing quality specialty jewelry and clothing at an affordable price was well known in the community. On the first night alone, sales were so successful that she managed to cover rent for the year.

In addition to the rise of online retailers, a trend strengthened by the COVID-19 pandemic, Casper has said that malls like Faribo’s suffer from the reputation that they are failing. Pushing back against that perception is one major reason she decided to set up shop at the mall.

At the new boutique, Casper’s handmade clothing and jewelry are still on prominent display. Since the pandemic hit, she has also branched out into masks. Each one has a unique design and flexible ear straps, with smaller masks also available for children.

Alongside Casper’s products is Sterling’s artwork. A longtime painter, Sterling has traditionally treated painting as just a hobby. Now her works line the boutique and her welcome sign greets customers as they enter the store.

Nearly everything in the store is handmade, though Casper said she has started buying some of the shirts as well as purses. Variety is always on the menu, with new products added to the store consistently.

Even though the new boutique is in a larger location than the former “Kari’s,” it’s still cramped with jewelry, art and clothing in nearly every corner. However, Sterling said the business could soon upgrade from its 800 square feet of space to close to 3,000.

Several businesses at the mall are preparing to play “musical chairs” as construction work wraps up. The north end of the mall is being renovated to house a school for area children with disabilities that will take up nearly the entire space.

Since taking over as mall manager five years ago, Sterling has worked hard to organize events at the mall, bring in new stores and in general burnish the mall’s image as a place where “things happen” in Faribault.

Though the pandemic led to a temporary halt on social gatherings, Sterling said the mall is making a comeback. The Taste of Faribault successfully brought hundreds to the mall last week, and Sterling said that she expects regular crowds to increase during the winter months.

“We have walkers now, and once it starts getting colder we’ll have 100 walkers a day,” she noted. 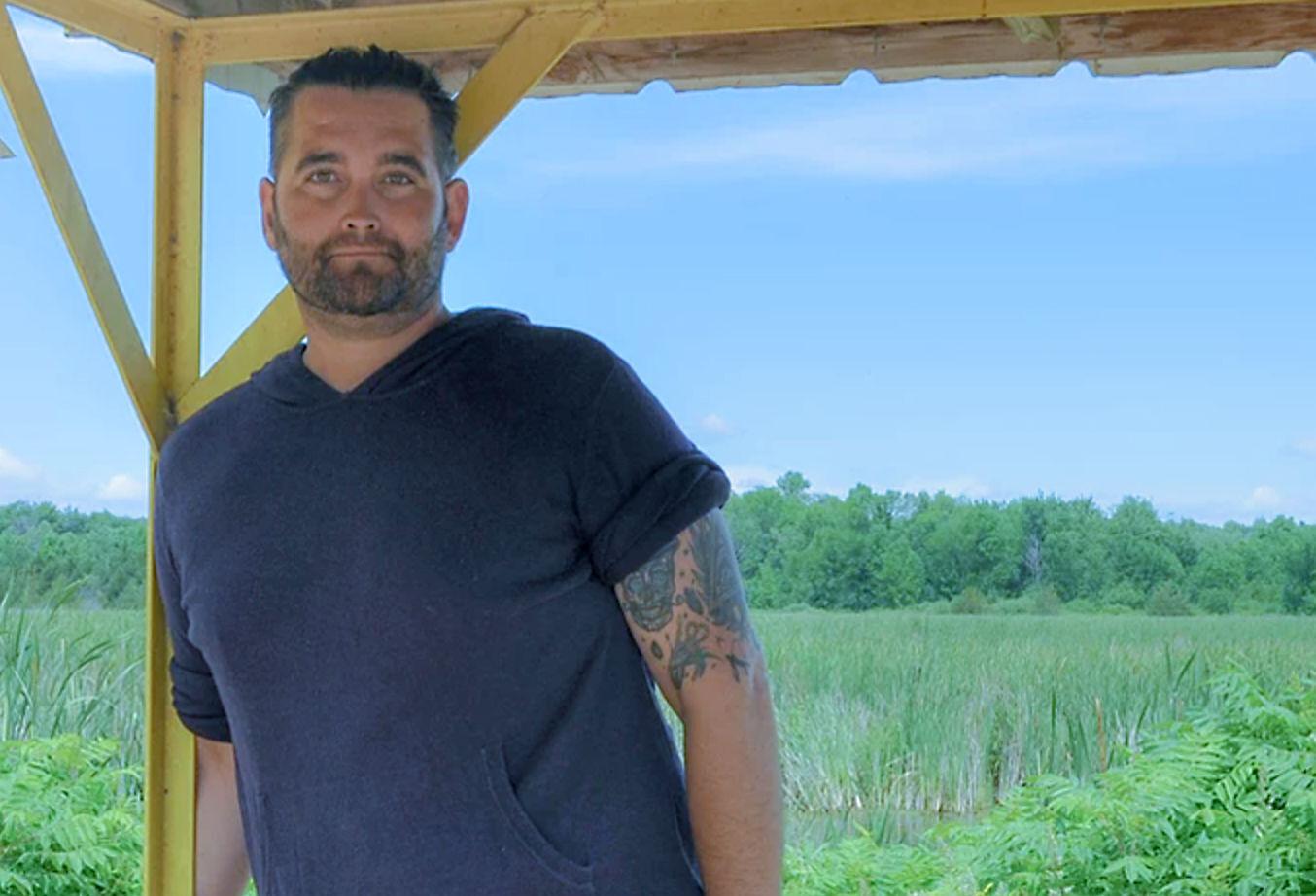 This downtown Faribault building, owned by Darrell and Luella Jensen, has long been a sore spot for city officials. The Heritage Preservation Committee reviewed plans on Monday that could see it dramatically improved. (Suzanne Rook/southernminn.com)

Darrell and Luella Jensen have owned the 216/218 Central Ave. building for the last 55 years, along with several other buildings throughout town. In the last 15 years, the Jensens have been in a series of nearly constant struggles with the city over maintenance of 216/218 Central. Jensen blames construction in the area in 2008, which he says disturbed the building’s foundation and facade.

However, city documents show that the city first contacted the Jensens about loose bricks on the building in 2006, and has since pursued several enforcement actions to get them to repair the structure. Over the years that’s included a variety of quick fixes, including securing bricks and a steel beam on the facade. Still, the Jensens have always acted to meet the enforcement requirements they’ve faced from the city

In recent years, disagreements between them escalated to criminal complaints. In 2018, Judge Christine Long shocked city officials by tossing out the case against the Jensens for lack of probable cause.

According to Community and Economic Development Director Deanna Kuennen, that decision was the first time the city had lost a case relating to building safety. To the Jensens, it just highlighted how weak the city’s overall case was.

The city, however, was unnerved by the trend. Kuennen described the situation as a “dance,” with the Jensens’s inability to get the building’s overall health into good condition constantly leading to recurring problems.

David Hvistendahl, the Jensens’ attorney, said that they are fully committed to getting the building into good shape and know there are a lot of issues that need to be dealt with, some of which still need to be analyzed.

The city’s response was to hire engineering consultant ISG to inspect the building. City officials hoped those findings would enable them to move forward with a hazardous building action, but instead, ISG reported that the building was structurally sound. Still, scaffolding had to be installed at the site to avoid any risk of bricks falling and injuring pedestrians. Now, the Jensens have hired a well-known local contractor to make crucial repairs to the building’s historic facade.

In total, the repairs will cost just over $50,000, with $17,000 devoted to protective scaffolding. The remainder will go to Rick Thomas, of Restoration Services Inc., for foundation stabilization, reconstruction of a steel beam, and removal and replacement of several windows.

Though the Heritage Preservation Commission has an existing relationship with Thomas, as he’s worked on other historic buildings, its members during their Monday meeting were discouraged by both the lack of details on the project specifically as well as lack of a clear long-term vision for the building. Thomas pledged that he would do his best to ensure that the building still looks historically accurate and changes minimally after the work, in keeping with the HPC’s goal of preserving the 120-year old building’s iconic look.

While the HPC approved the efforts, it came with some caveats. The motion made by Sam Temple will require Thomas to return with the HPC in several weeks with more details on the effects of his current project.

Temple said the fix is a good start but really just a “Band-aid.” While the city has provided more resources in recent years for owners wishing to fix up such buildings, the city’s loose regulatory structure can make it hard to get a business owner to embrace more than quick fixes.

“It’s a beautiful building with so much potential,” he said. “You would like to see a broader vision, because these buildings are pieces of art.”

“There’s a lot of work to be done on the building, no doubt, but you have to prioritize what you’re doing,” he said.