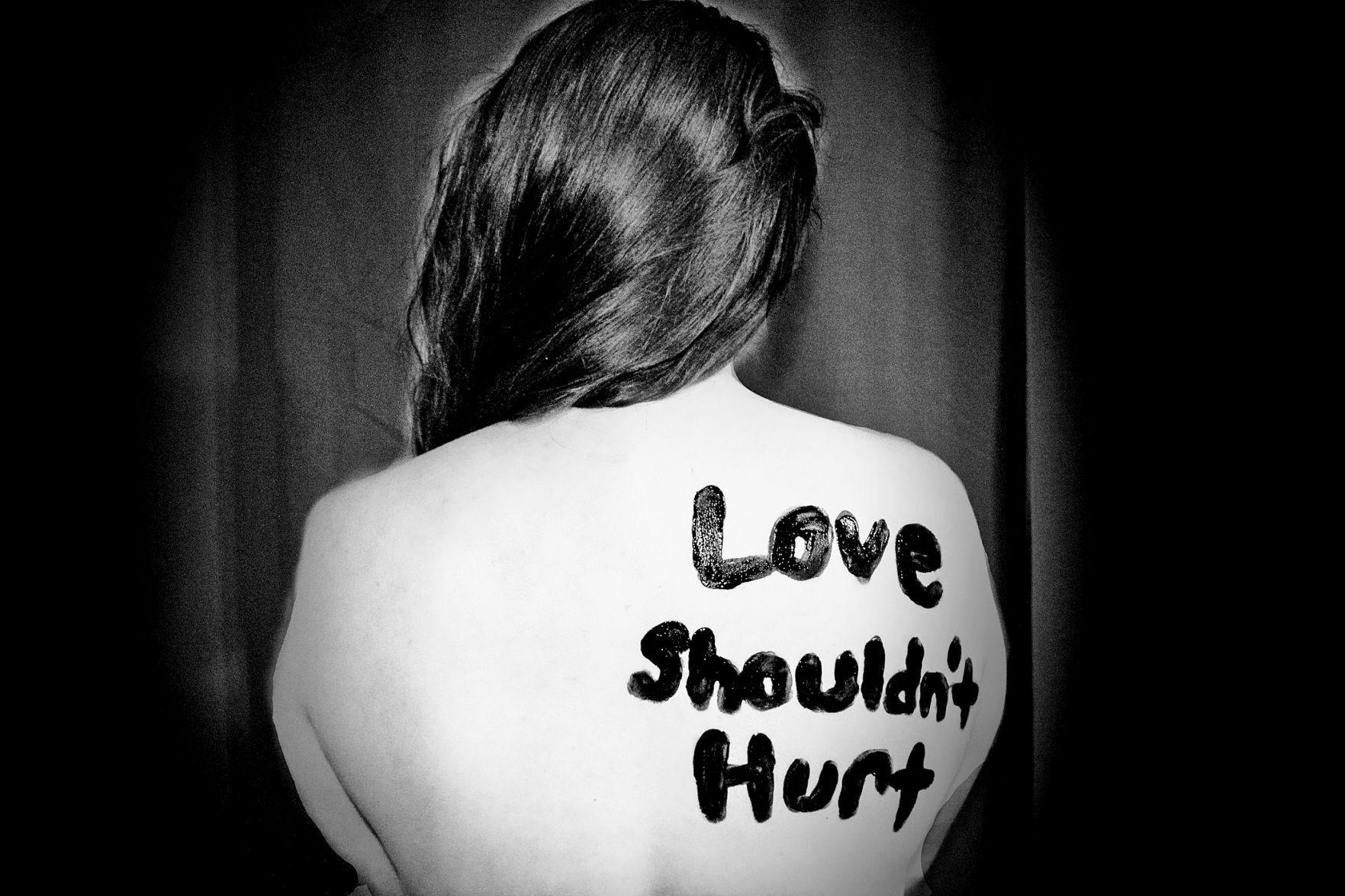 According to Missie Boone, the domestic violence program coordinator for the Crisis Resource Center of Steele County, it takes on average of seven attempts to leave an abusive relationship. Boone said this is a common cycle of domestic violence as perpetrators use patterns of abuse to control their victims. (Sydney Sims/Unsplash)

Though the overall rate may remain much the same, rising property values seem likely to lead to a levy increase in both Rice County and the city of Faribault for 2021.

The county and city set preliminary levies during the month of September, as required under state law. Faribault passed its levy on the 8th but the County Board waited until Tuesday. Final levies, which can be lowered from preliminary figures but not raised, are approved in December.

In Faribault, the levy is set to rise by 7.97%, a figure significantly higher than last year’s increase of 5.42%. However, the figure is slightly lower than the 8.39% preliminary levy increase approved by the council in September.

Unless drastic changes are made to reduce the levy, 2021 will be the seventh consecutive year that the city’s tax levy has risen. The levy increase also represents a net tax increase of 2.49%, in contrast to the 2019 and 2020 levies which actually lowered rates slightly.

Last year, councilors reacted to the preliminary figure with incredulity, pressuring City Administrator Tim Murray and staff to come up with a significantly lower figure. They eventually did produce a smaller revised budget, which Murray described as “status quo.”

Holding down the levy has been particularly tricky for the last several years because of increased wages and benefits mandated under three-year contracts approved with public employee unions.

While the contracts may be costly, proponents argue that they help the city to attract and retain effective employees in a tight labor market. The contracts will expire at the end of 2021, and the city plans on restarting negotiations next summer.

Employee contracts aren’t the only additional expense the city is locked into paying. The city also has to foot the bill for more than $350,000 in tax abatement expenses for several economic development projects, inflicting short term pain but delivering long term gain.

Additionally, the city is still paying out more than $1 million in debt service levies. In total, Faribault’s levy will rise by $776,926, even as the Capital Improvement Levy, which includes road and public facilities repair expenses, decreases by more than $200,000.

Councilor Royal Ross was complimentary of city staff for avoiding an even higher levy increase. However, he asked Murray why he had budgeted for such a large decrease to the CIP.

According to Murray, funds to cover the projected cut for 2021 are actually being transferred from the 2019 budget, when revenues significantly exceeded expenses. With that money available, Murray said he felt comfortable making a one-time cut.

After taking the rest of September to focus on other issues, councilors will return to assessing the budget in October. Murray said that the council understands the opportunity for cuts are limited, given the city’s financial situation.

Mayor Kevin Voracek, while complimenting staff for reducing the preliminary levy somewhat, said he hopes to see a lower levy increase. Regardless, Faribault is among the lowest taxed cities in Minnesota, especially if county taxes are considered, and it’s likely to stay that way.

Ideally, Voracek said the city could meet the benchmark it did in 2019 and 2020 of avoiding an overall rate increase. Maintaining or lowering the city’s current tax rate could help the city offset a rise to city water fees associated with the construction of a new water treatment plant.

“That would be a good goal to shoot for,” he said. “Continued development in Faribault will offset future increases, but we still want to maintain lower rates.”

Rice County commissioners unanimously approved a preliminary budget this week. Unlike the city’s proposal, the county board’s approval does not increase the overall rate.

With property values on the rise the overall levy is set to increase by about 5.64%. That figure comes in lower than both the preliminary levy increase of 7.4% and final levy increase of 6.25% approved by the board last year.

As with the city, many of the drivers behind the county’s rising expenses are locked in. In addition to rising personnel costs, County Administrator Sara Folsted is expecting fewer transfer payments from the state, and the county is set to pay a larger share of public health costs.

The county’s business assistance costs are also starting to come due as well, with several large projects now receiving tax abatement. In addition, after falling last year, the county’s Highway Department budget is slated to take a sharp upward turn.

County Engineer Dennis Luebbe has told the board that the additional investment in highway equipment is much needed. To keep up with maintenance needs, Lubbe has said the board should plan on spending roughly $700,000 a year on equipment.

“I don’t feel like chiseling away any more at the highway department,” Docken said. “The same with capital expenditures. It’s important to keep up on that.”

The death of 2nd Congressional District candidate Adam Weeks of the Legal Marijuana Now Party could force the county to cover additional election expenses if the special election for the district seat moves forward in February, as required by state law. U.S. Rep. Angie Craig, DFL-Eagan, is currently in a lawsuit to keep the election slated for Nov. 3.

Despite all that, the county has locked itself into a relatively limited levy increase that looks deceptively large, according to Finance Director Paula O’Connell. That’s because its budget starts from such a low baseline, with some of the lowest taxes in the state.

Still, Commissioner Steve Underdahl pressed O’Connell and Folsted to look at reducing the levy further, even if it forces the county to dip into reserves. Underdahl cited the hardships faced by local businesses and families amid the COVID-19 pandemic.

“I think a lot of people are hurting,” Underdahl said.

Commissioner Galen Malecha criticized Underdahl’s suggestion, warning that dipping into reserves could create bigger problems down the road. With the state facing a projected $2.4 billion deficit, he said that cuts to state aid are coming and the county needs to be prepared.

Despite his reputation as a fiscal conservative, Commissioner Jake Gillen was in “complete agreement” with Malecha.

“I’m not willing to go any lower than where we are,” said Gillen. 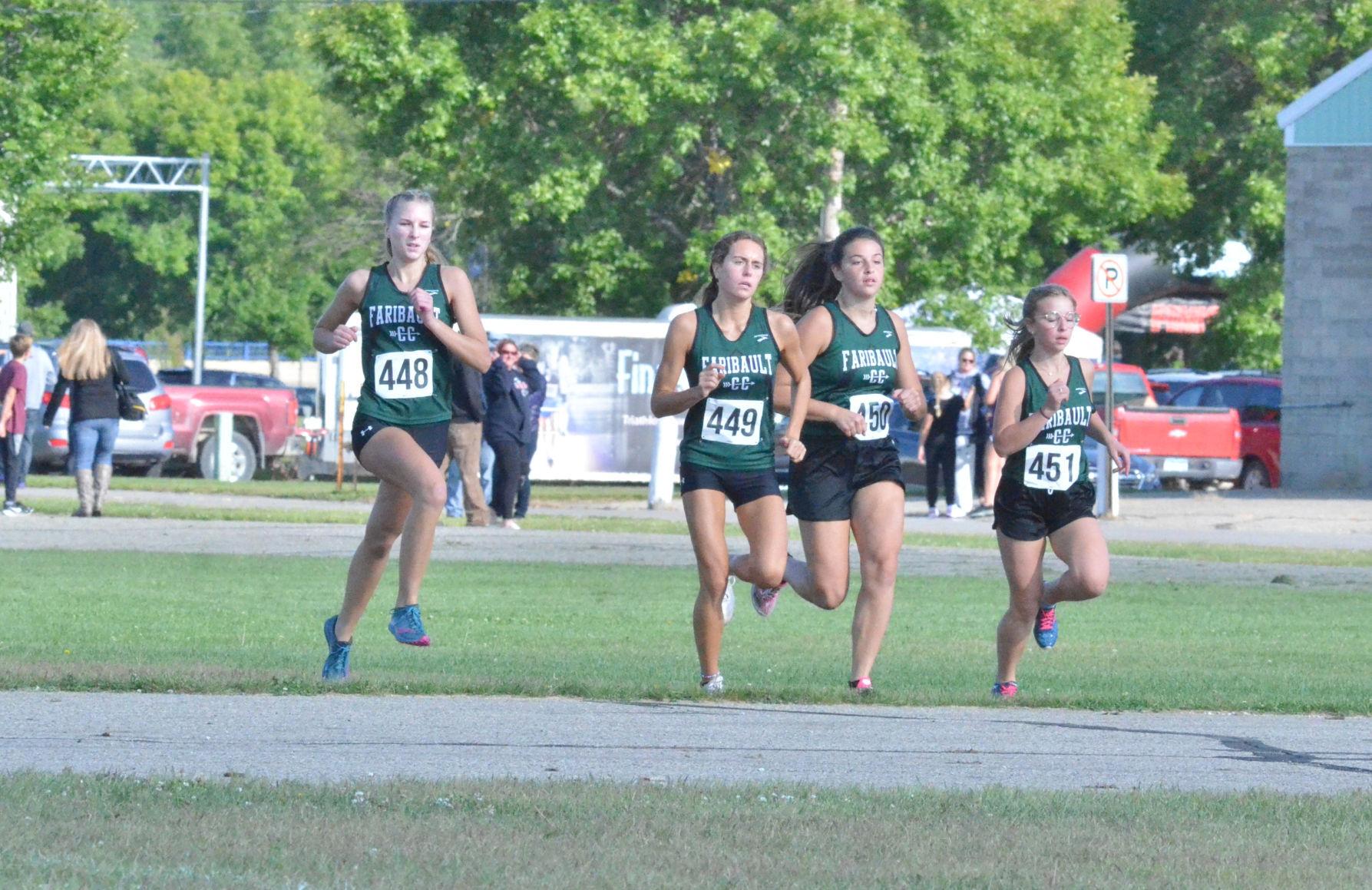 From left to right, senior Ruby Gernandt, senior Gabbie Yetzer, junior Felicity Foxhoven and freshman Mariana Foxhoven were the top four finishers for the Falcons in the final regular-season race Thursday against Rochester Century at North Alexander Park in Faribault. Overall, the Falcons fifth in the Big 9 Conference for the regular season. (File Photo/southernminn.com)

The crash vehicle driven by Kaitlyn Hansen, a 16-year-old who was killed after her car was struck by a drunk driver in 2016, was on display at the South Central College in Faribault. The Rice County Safe Roads Coalition said the visual message of the vehicle drives home the message of safe driving from the dangers of drunk driving to the importance of seat belts. (Misty Schwab/southernminn.com)

Kathy Cooper, coordinator of the Rice County Safe Roads Coalition, speaks to the Rice County Board of Commissioners earlier this month about the importance of safe driving — specifically that of wearing your seat belt. (Suzanne Rook/southernminn.com)

That was the message Kathy Cooper, the Rice County Safe Roads Coalition coordinator, reiterated to the Rice County Board of Commissioners earlier this month during the statewide Click It or Ticket campaign.

During the meeting, Cooper told the board about a recent Rice County fatality that involved two young men and a vehicle that lost control and rolled. Only one man walked away from the accident — the passenger — who was wearing his seat belt.

“How much more evidence do people need that seat belts save lives?” asked an emotional Cooper. “It is black and white. Lives are cut short when you don’t buckle up.”

It is safe to say that seat belt safety is Cooper’s legacy. After losing her teenage daughter, Meghan, in 1999 in a drunken driving and unbelted crash in which the girl was ejected from the vehicle’s back seat and killed, Cooper went on a decade-long crusade to enact a primary seat belt law to make seat belts mandatory for all drivers and passengers in motor vehicles, and allow law enforcement to stop drivers solely for being unbelted.

However, Cooper’s mission isn’t over yet, and statistics from Toward Zero Deaths and the Minnesota Department of Public Safety Office of Traffic Safety proves exactly that. Working in conjunction with the National Highway Traffic Safety Administration and more than 300 law enforcement agencies across the state, the Click It or Ticket campaign is putting additional eyes on the roads to promote seat belt enforcement, focusing on rural roads and highway. The campaign continues through month’s end.

“Driving in greater Minnesota with the open countryside and less traffic can be a welcome contrast to the congestion of city driving,” said the Owatonna Police Department in a press release. “What isn’t different is the need to buckle up to stay alive.”

In 2019, 77% of the 73 unbelted motorists who lost their lives on Minnesota roads were involved in crashes in greater Minnesota. The Owatonna Police Department joined forces with the statewide Click It or Ticket campaign to not only enforce the seat belt law, but to educate motorists on the important safety measures imposed by the state.

“According to the 2019 Minnesota Seat Belt Survey, 93.4% of front-seat occupants are wearing their seat belts,” said the OPD. “The rest are gambling with their lives and the lives of others in the vehicle by riding unbelted.”

Cooper agrees with the OPD, adding that she struggles with learning how to reach out to the masses to promote the importance of seat belts. According to TZD statistics, Cooper said the demographic with the most unbelted fatalities are men in pickups ages 20-35.

“The teenagers are doing great, they are getting good instruction in driver’s education that it’s the law now and you have to wear a seat belt,” Cooper said. “While the seat belt survey shows that only 6% of people still aren’t wearing seat belts in the state, when you look at Minnesota’s population that’s thousands and thousands of people. We wish we knew how to drive home that message to them.”

Due to the ongoing COVID-19 pandemic, Cooper said her advocacy work through TZD and Rice County Safe Roads Coalition — aside from press releases and social media posts — has been at a standstill. Neither group has been able to present to schools since the beginning of the year.

South Central College in Faribault, along with the Rice County Chemical and Mental Health Coalition and the Rice County Safe Roads Coalition, sponsored a crash car to display during College Week. The car belonged to 16-year-old Kaitlyn Hansen, a Fillmore Central High sophomore, who died from an alcohol-related, two-vehicle crash in 2016.

The vehicle was donated by Hansen’s family to TZD in hopes it would encourage people to think because they drink and drive. Though Hansen’s death was not directly related to the lack of a seat belt, Cooper said the powerful visual statement made by the vehicle helps drive home the overall message of safe driving.

“When (Rice County) Sheriff Troy Dunn brought the vehicle up from Dodge Center, we were all just stunned by how mangled it was,” Cooper said. “We were looking in the driver’s seat, just wondering how… how can we prevent this from happening.”