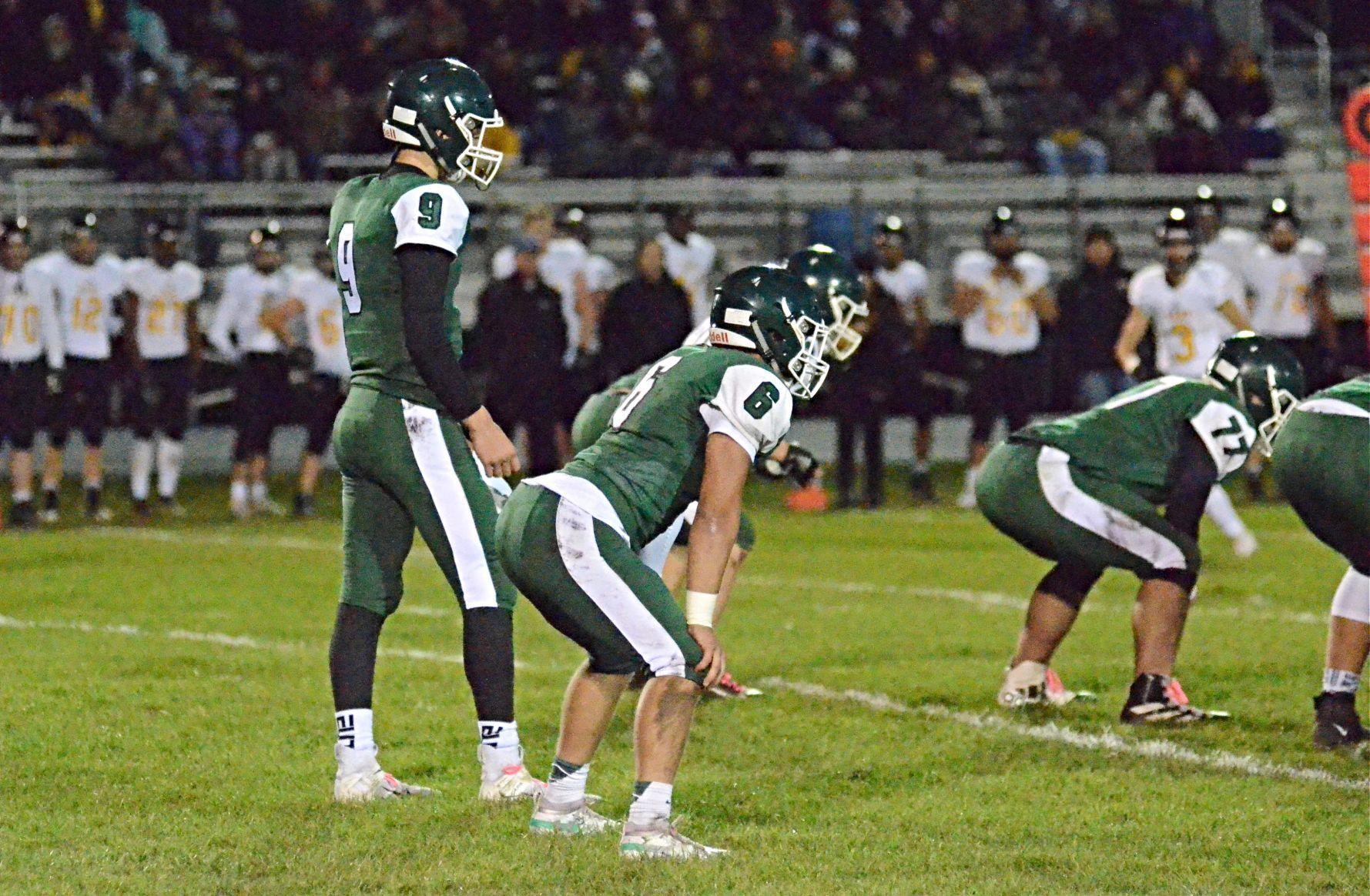 Faribault senior quarterback Nick Ehlers, left, and senior running back Alex Gardner, right, will have a chance to play football this fall. The MSHSL Board of Directors voted Monday to bring back football and volleyball for abbreviated seasons, with games starting in October. (southernminn.com file photo) 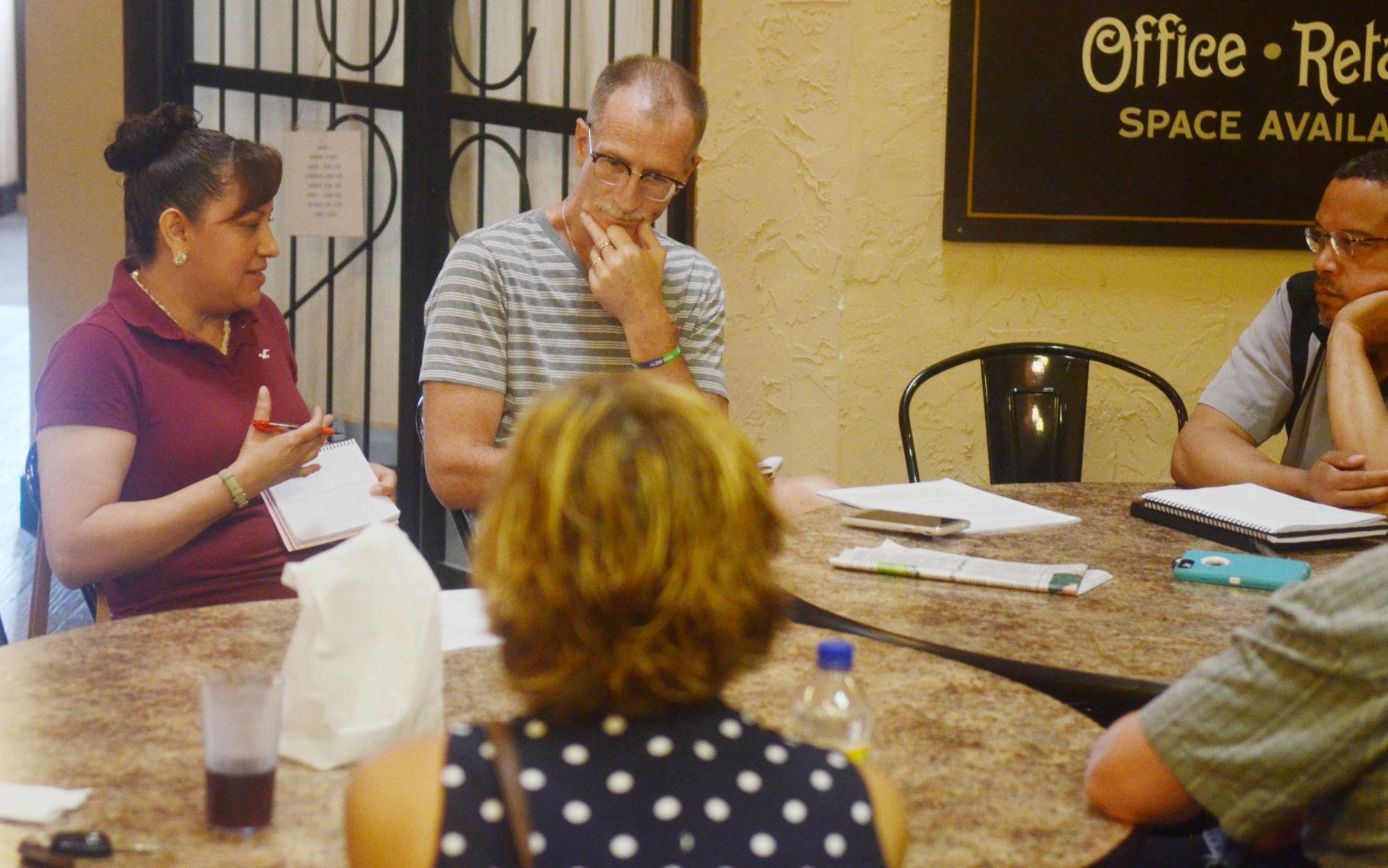 Peter van Sluis pointing out various portraits of those on city council, the chamber of commerce and other vital members of the community active in committees and boards. van Sluis recently took over as the Diversity Coalition’s project manager. (Michelle Vlasek/southernminn.com)

After changes at the top left it off balance and the COVID-19 pandemic forced it to halt programming, the Faribault Diversity Coalition board has hired Peter van Sluis to get it back on track.

van Sluis, who took over as the Diversity Coalition’s Project Manager last month, isn’t an exact replacement for the Executive Director position that Gordon Liu held until last fall, but he’s the currently the FDC’s only paid staffer.

Since Liu left, the organization struggled to find a leader on anything more than a very short-term basis. Meanwhile, COVID-19 left its ability to reach local immigrant communities greatly hindered due to economic, technological and linguistic barriers.

van Sluis’ job comes with a six month contract and three key initiatives. First, organize the International Festival, second, put together the Martin Luther King Jr. Day Breakfast, and third, bring back the organization’s regular programming as soon and as much as feasible.

The first need is currently the most pressing, given that the International Festival has become a fall tradition for the last decade and a half. Most years it’s been held in August, but last year it was moved to October. In past years the Festival was held in Central Park, with cultural exchange taking place between natives of dozens of countries under a hot summer sun. It was consistently one of the FDC’s most popular events, the program regularly revamped to increase engagement.

In 2018 the International Festival moved into the Washington Rec Center for what Liu described as a “one-day pop-up cultural museum experience.” Last year, it was held in the Faribo West Mall.

To help organize the festival, van Sluis, himself a native of the Netherlands, is getting help from a Belgian student at Shattuck-St. Mary’s. Lotte Aga, whose father Tim serves as head coach of Shattuck’s girls soccer program, is volunteering to help make the event a success.

This year, the Festival is slated once again for October, but it’s returning to Central Park after a two-year hiatus. van Sluis is in the process of inviting past participants of all types for the outdoor event, carefully managed to minimize the risk of COVID transmission.

An immigrant who speaks numerous languages and serves on the City Council, van Sluis is no newcomer to the FDC. More than a decade ago, he was part of a group of concerned area residents who helped to resuscitate an organization on life support in the wake of the 2008 financial crash. van Sluis served as president of the International Festival when it was a nonprofit, with his wife Virginia in the role of vice president. He stepped aside from the FDC and International Festival about five years ago.

In need of leadership, the FDC initially turned to Sambath Ouk, the English language coordinator at Faribault Public Schools. Like van Sluis, Ouk previously served on the FDC’s board but stepped away for a time.

Ouk agreed to take on the role of treasurer and played an instrumental role in the MLK breakfast earlier this year. Yet with more than enough responsibilities on his plate with the school district, he encouraged the group to reach out to van Sluis.

van Sluis said the job fits in perfectly with his other current gig, driving a school bus for the district. His first task was to get a new FDC website up and running in English, Spanish and Somali — a laborious task, but one well suited to a long-time Hewlett-Packard employee.

As the nation recovered from COVID, the FDC’s programming slowly began to come back. One of the latest additions is a monthly book club held over Zoom. With a focus on diversity, it’s organized by Carleton College Professor Kent Freeze.

The FDC partners with local organizations on other key initiatives. Its backspace doubles as a mobile food distribution center which feeds hundreds of families and recently received more than $125,000 in CARES Act dollars from Rice County.

In recent years, the FDC has traditionally offered English, citizenship and cultural awareness classes for recent immigrants as well as classes for Faribault residents seeking to learn more about immigrant culture.

While they were cancelled for the summer due to COVID, the FDC hopes to soon restart citizenship classes that have been taught by Minneapolis immigration lawyer Danielle Robinson Briand. The class attracted one to two dozen students a week, with a goal of helping to make sure they could pass the class on the first try.

In the face of rising anti-immigrant sentiment and in response to racial tensions inflamed by the death of Minneapolis resident George Floyd, Ouk has organized a series of online community wide discussions on race, equity and integration.

van Sluis said that it’s important simply for Faribault natives to take the time to get to know immigrants.

“A lot of people don’t understand why all of the Somalis are here,” he said. “The big problem is that misunderstanding leads to fear and fear leads to hatred.”

Once they’re introduced to immigrant food, businesses and culture, he said, their opinions often warm. Unfortunately, he said that only the most negative rumors and claims often go viral on social media.

“Interestingly enough, if you take someone into a Somali restaurant and let them eat Somali food, they go ‘wow this is good’,” he said. “But there’s a fear of the unknown that holds them back.”

A DIFFERENT KIND OF DISCRIMINATION

While Peter van Sluis may be an immigrant himself, he's quick to note that his background of having grown up in a middle-to-upper class family, the son of a well-known journalist, is far different than those experienced by most refugees in Faribault. In addition, he said that in the western European country, racial divides weren’t generally as troublesome as in the United States, despite the Dutch Empire’s various historic colonial relationships. Instead, inter religious tensions were often more intense.

“There was discrimination, but in general, what’s happening today in the U.S. was never the case in Holland,” he said. “When I grew up, things were good.” 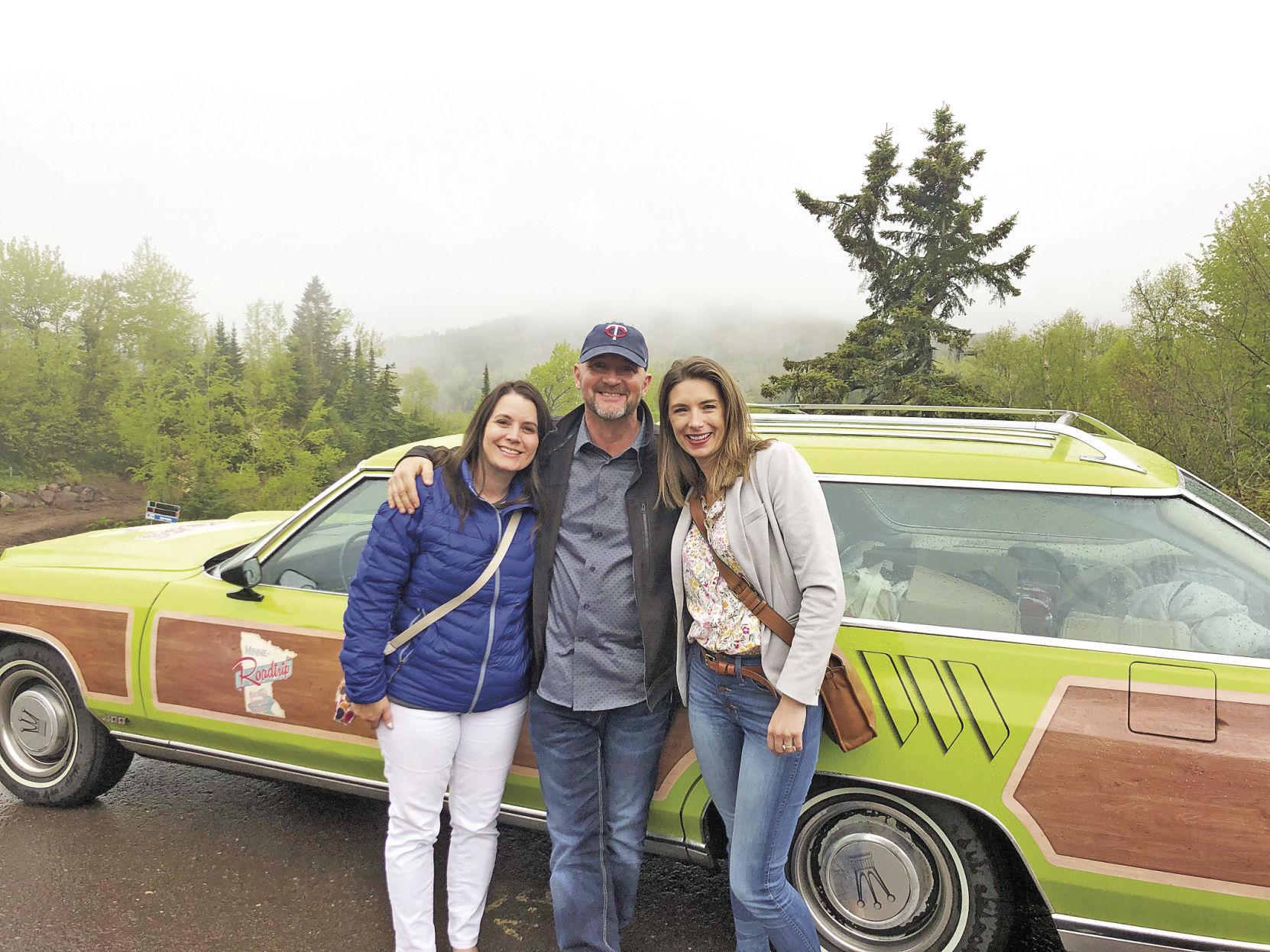 Marketing and Tourism Directors in Northfield, Faribault, and Owatonna have been working hard over the last three years to showcase the great tourism destinations that lay south on Interstate 35. Pictured, left to right, are Lisa Peterson (Northfield), Nort Johnson (Faribault), and Karen Pehrson (Owatonna). (Submitted photo)

Faribault school leaders are well-aware that the transition back to school for families goes beyond new backpacks and school supplies this year.

Although classes resumed earlier this month, communicating with families remains an ongoing process throughout Faribault. To distribute some necessary materials in an accessible model, Rice County and school leaders have organized a Family COVID Resource Event from 6 to 7:30 p.m. Thursday at the Rice County Fairgrounds.

As they make their way through the drive-thru-style system, families can access at-home coronavirus screening questionnaires in their native languages and free produce. Families on Medical Assistance may also access free thermometers with their Medical Assistance cards. The Rice County Sheriff’s team will direct traffic as vehicles enter and exit the fairgrounds.

Reeder generated the concept of the event by attending weekly Rice County meetings to review updates on COVID-19 county protocols from the Minnesota Department of Health. She considered possible methods to promote at-home screenings, which would prevent families from sending sick children to school. She and Faribault Public Schools Superintendent Todd Sesker talked about hosting an easy-access pickup event at a convenient location.

Reeder and Sesker recruited a number of community partners to join in the discussion, such as Faribault Youth Investment Executive Director Becky Ford, Lyndsey Reece of Rice County Public Health and Sam Ouk, multilingual and equity coordinator for the Faribault School District.

As part of the community-wide discussion on equity, diversity and inclusion, Ouk explained that he and Reeder engaged in conversations about the segregation that happens in Faribault, despite it being a small town. Ouk joined the project with the goal of making it inclusive for all families.

“Any opportunity to come together and promote understanding, I will not turn down,” Ouk said.

Project partners coordinated phone calls with families who may experience difficulty in receiving information through newsletters and flyers. Cultural liaisons reached out to Spanish speaking and Somali speaking families to relay the message.

“They love hearing from us, so every time we call they’re usually very responsive,” Ouk said. “Having that ability to make that direct connection is just a little more special.”

Having extra produce on hand at the Community Action Center of Northfield, Program Director Anika Rychner joined forces with the developing team to make the event double as a food distribution. Student and staff volunteers from Faribault High School and volunteers from the Faribault Diversity Coalition agreed to help load clients’ trunks with the produce until products run out. John Dvorak, owner of the Rice County Fairgrounds, allowed the CAC to store its produce in the 4-H building for the distribution.

Representatives from the various schools involved in the effort also plan to hand out giveaways to families.

“I think this is a great event, and hopefully families will come out and support us,” Sesker said. “And a big thank you to Melinda Reeder for setting this all up.”

The Family COVID-19 Resource Event is from 6 to 7:30 p.m. Thursday at Rice County Fairgrounds. The entrance point is at the main gate of the fairgrounds on Second Avenue Northwest.

Those partnering with the effort encourage families to visit the Rice County Public Health website for access to more resources: co.rice.mn.us/256/Public-Health.