Thanksgiving is a day many Faribault residents look forward to, and it’s not just for the turkey and all the trimmings. 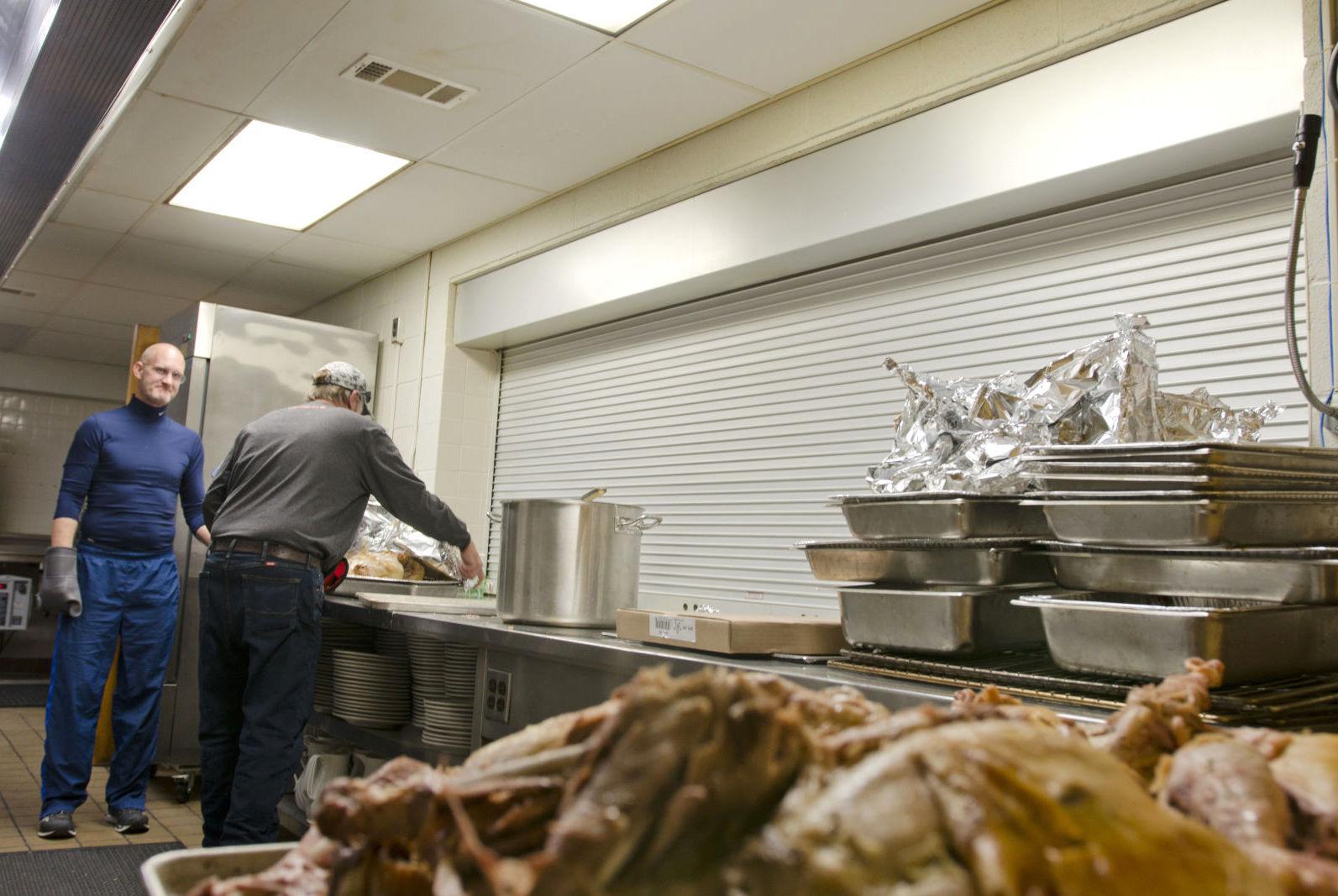 Tim Wunderlich and Travis McColley take the first round of turkeys out of the oven Tuesday afternoon. A total of 21 turkeys are being cooked for this year’s community dinner. (Michelle Vlasak/southernminn.com)

For volunteers like Laura McColley, the organizer of this year’s Faribault Community Thanksgiving Dinner, it’s all about being with the community.

The Faribault Community Thanksgiving Dinner welcomes any and all guests to share in a free homemade meal from 11 a.m. to 2 p.m. Thursday, Nov. 25 at the Fraternal Order of Eagles, 2027 Grant St., Faribault. Meals will be served until supplies run out. Turkeys were cooked on Tuesday, and preparations continue Wednesday evening with dining room setup, potato peeling/chopping and turkey bone removing. 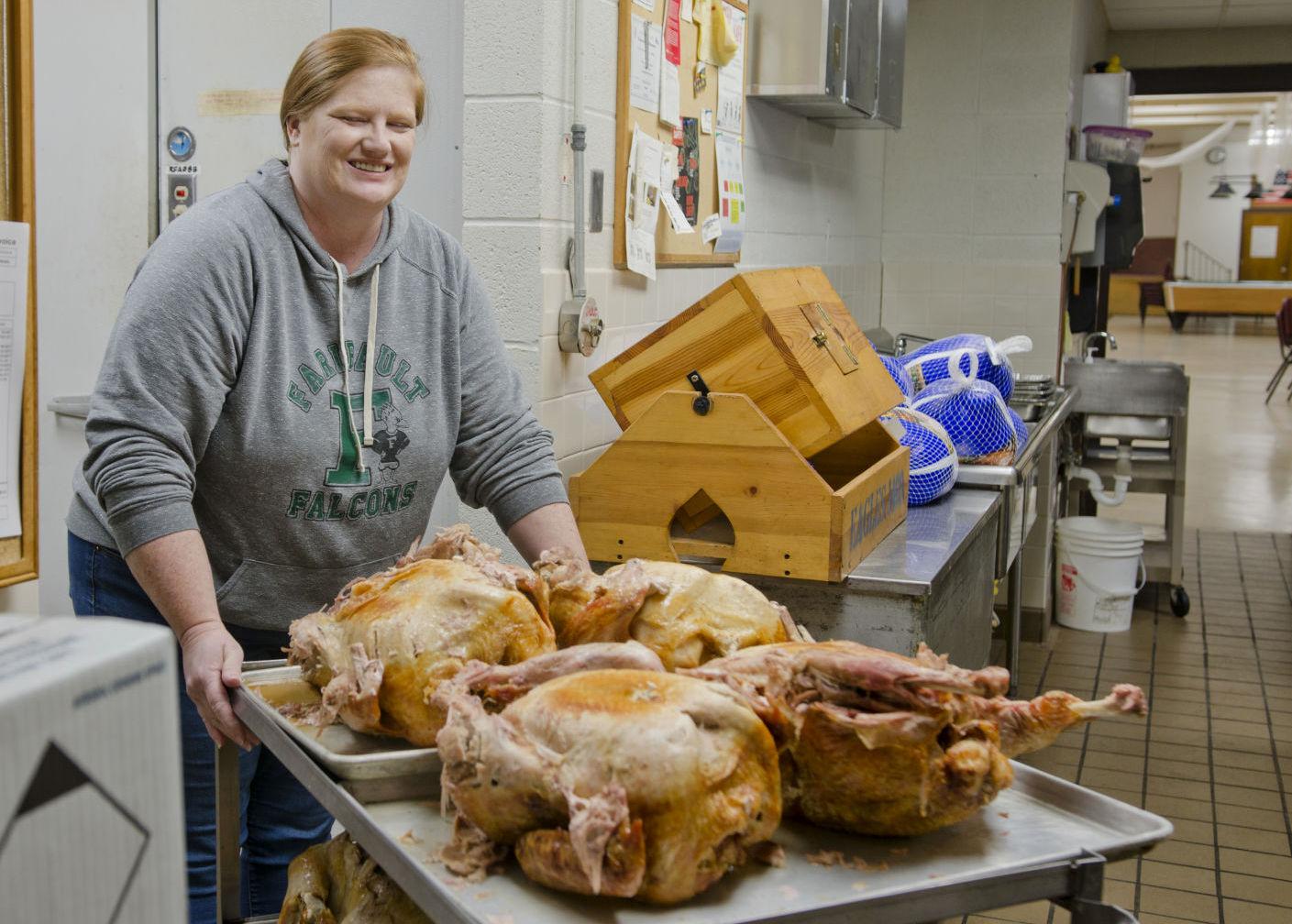 McColley says they generally serve anywhere from 900 to 1,200 people, and that’s just the amount they prepare for. That equates to 600 pounds of turkey (21 turkeys), 300 pounds of potatoes, 90 pumpkin pies and countless rolls. Stuffing and a vegetable are also included in the meal.

Traditionally an annual event, organizers canceled last year’s dinner due to the pandemic. McColley is excited to get back to tradition this year, and says though mask wearing is not required, it is highly recommended when not eating due to the high rate of transmission in Rice County. She urges those to come only if they feel comfortable doing so.

Each year, about 40 to 50 volunteers take part in the food preparations, serving and delivery of meals. McColley, first started as a volunteer nine years ago. Two years later, she and Julie Fox were approached to take over as lead organizers of the annual event. The duo organized the event for the last seven years. McColley flies solo this year following Fox’s decision to step down from the organizer role, though she’s still available to help.

“It’s something I look forward to each year,” said McColley prior to the event. “I like being with the community, especially since there’s some people we only see once a year. It’s great to see the community come together and enjoy this meal together.” 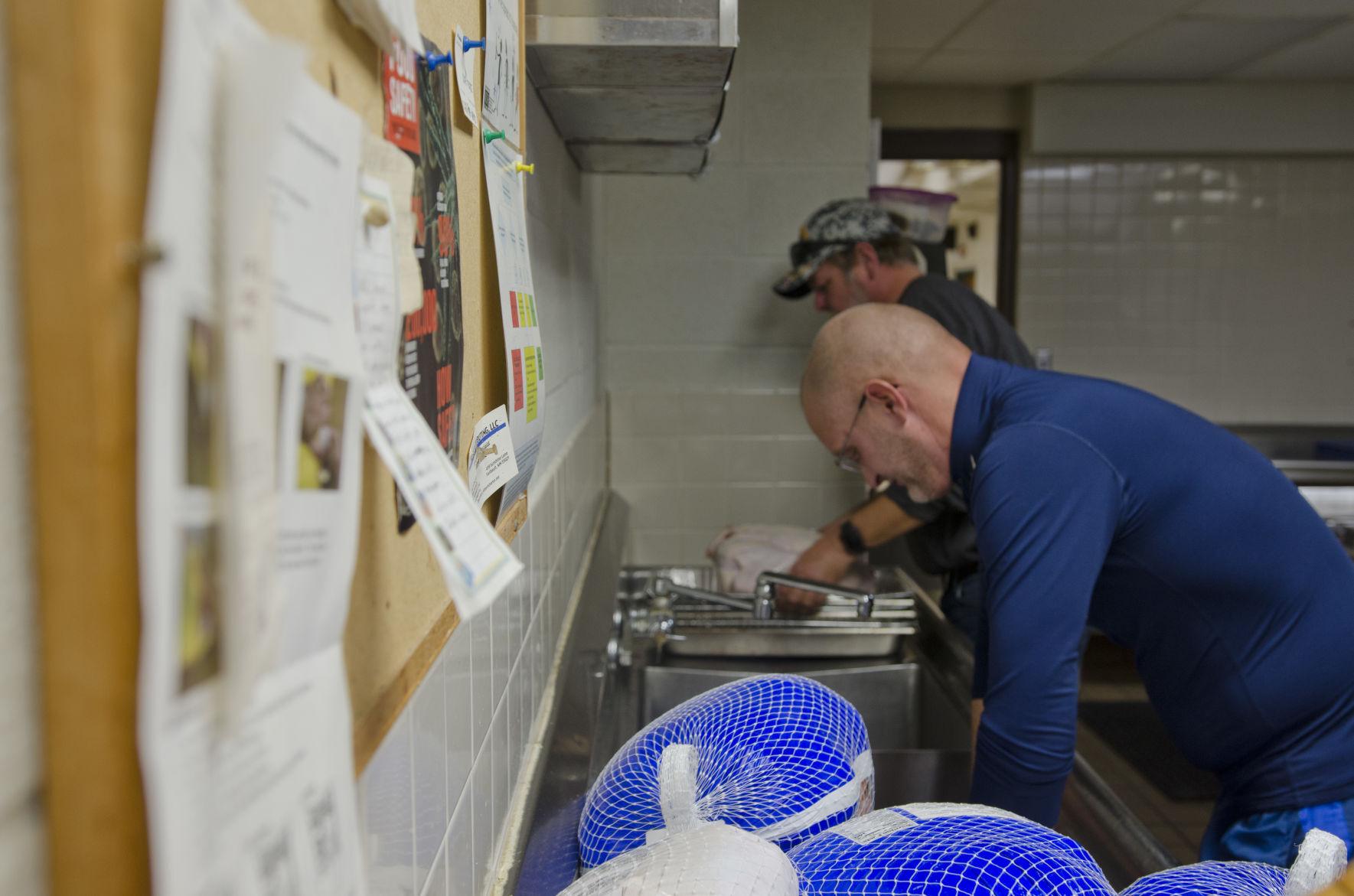 It’s also become a tradition for McColley and her family to help out each year. She says her children come home from college to help out at the dinner, and each child has their own particular role with preparations. McColley’s daughter runs the cranberry station, a role she’s been in for the last seven years. Her son helps her husband, Travis, in the kitchen.

McColley describes the preparation process as an organized chaos since there is a lot of moving pieces, but everyone has their own role and knows what to do each year. Above all, she is thankful for all who donate and volunteer their time.

“It all comes together very well,” said McColley. 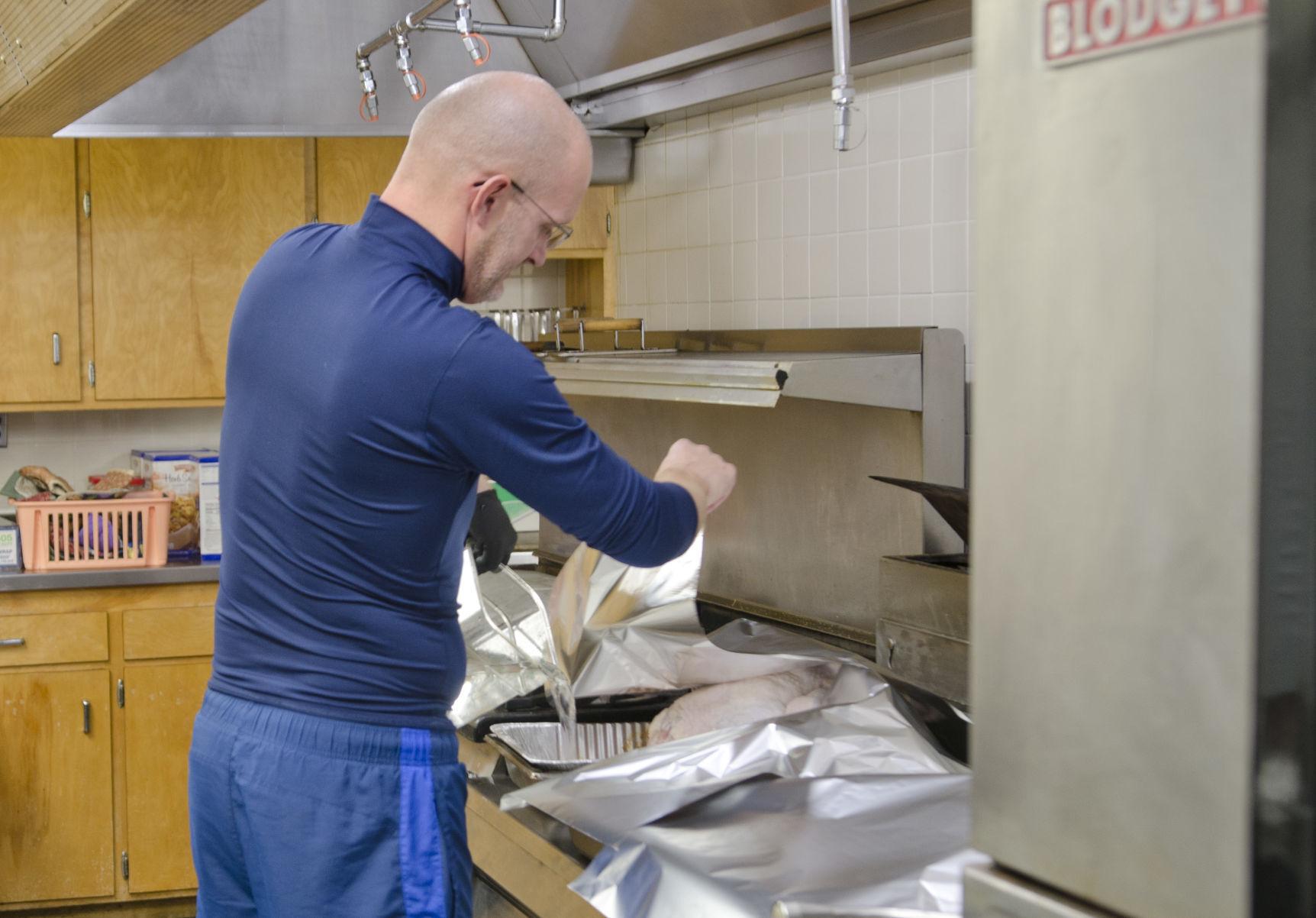 Tim Wunderlich pours water into the pans of turkey waiting to go in the oven. A total of 600 pounds of turkey will be prepared for the dinner this year. (Michelle Vlasak/southernminn.com)

Faribault resident Tim Wunderlich is one of many volunteers helping with this year’s dinner. He first began donating his time in 2019 in the dining area. This year he was recruited to help with cooking the turkeys Tuesday, and with setting up the dining area on Wednesday, on top of helping out Thursday.

He, too, enjoys giving back to the community and says that’s what Thanksgiving is all about.

“Nobody should have to be alone on Thanksgiving,” said Wunderlich Tuesday afternoon. “Everyone should be together.” 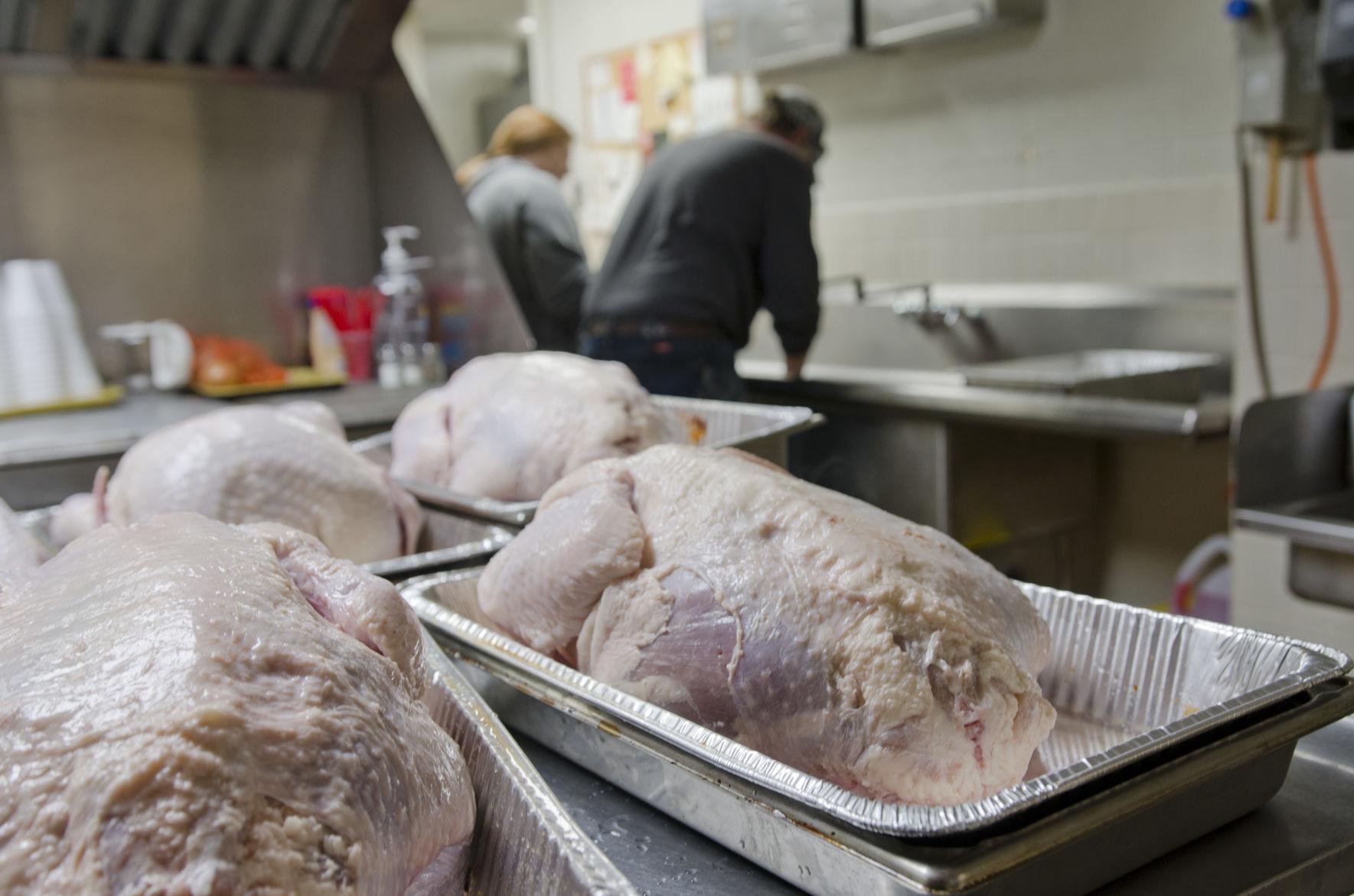 The Faribault Community Thanksgiving Dinner welcomes any and all guests to share in a free homemade meal from 11 a.m. to 2 p.m. Thursday, Nov. 25 at the Fraternal Order of Eagles, 2027 Grant St., Faribault. Meals will be served until supplies run out.

Guests may give free-will offerings or bring non-perishable food items to donate to the local food shelf. Make checks payable to Faribault Foundation.

Volunteers interested in helping peel/chop potatoes, prepare vegetables, debone turkey and set up the Club are asked to arrive at 5 p.m. Wednesday, Nov. 24. On Thanksgiving Day, volunteer opportunities are available from 9 a.m. to 3 p.m., from meal preparation, delivery, serving and clean up. Volunteers are welcome help as long as they wish before and during the meal.

Laura Bock was selected as the Faribault Rotarian of the Year for her commitment to the club’s Service Above Self motto.

Laura Bock poses with her Rotarian of the Year award. Bock has been a Faribault Rotary Club member since 2017. (Suzanne Rook/southernminn.com)

A lifelong resident of Faribault with a passion for community service, Laura Bock was recently named the Faribault Rotary Club’s Rotarian of the Year for 2021.

The award is presented annually by the club to one of its members who displays the ideals of Rotary in service to the community, has demonstrated leadership to the club and has provided outstanding contributions to one or more Rotary activities.

The award’s announcement was made earlier this month by club President Todd Sesker and it was presented to Bock by Rotary Club Treasurer Eric Craig.

“There is no one more deserving of this award than Laura Bock,” said David Connelly, who serves along with Bock as a co-chair for the Rotary Club’s Community Service Committee. “The motto that Rotarians have is ‘Service Above Self,’ and in our club being the Community Service Chair, who sets up basically all of our community service, Laura has been that person for years.

“It would be hard to argue that there is anyone who has done as much service above herself in our club and has more of a passion for our community than Laura.”

In presenting the award to Bock, Craig said, “Laura Bock is truly an example of what all Rotarians should be and we are fortunate to have her within our club.”

A member of the Faribault Rotary Club since 2017, Bock has been a leader for the club’s community service activities from the time she was inducted.

Bock’s connection with the club started with her husband Steve Bock, who is also a Rotary Club member and a co-owner of Glen’s Towing. The couple had hosted a Rotary foreign exchange student from Columbia in 2017, and that experience helped convince Bock to become a Rotarian.

“My husband is a Rotarian as well,” Bock said. “We hosted an exchange student that year and I had been attending so many Rotary meetings as a host parent, I was invited to be a member by Jake Cook. I decided to take him up on the offer because I really liked the club.

“When I was inducted (in 2017), I was asked to be the Community Service Committee Chairperson. So, I just started organizing all the different Rotarian community service events that we do throughout the year. I enjoy volunteering and it works out really well for me.”

Over the past four years, Bock has been responsible for organizing multiple community service activities for the Rotary Club including Red Cross blood drives three times a year, monthly Meals on Wheels delivery, Adopt-A-Highway clean-up east of town near Cedar Lake, Salvation Army bell ringing during the holiday season, Habitat for Humanity work and help with the Warm Our Community Coat Drive.

She more recently helped plan the club’s picnic, helped with a clean-up project at Crockers Creek and volunteered to help pack meals at the food shelf.

“We are just trying to help support the other organizations that help make Faribault a healthier and better community,” Bock said. “We help organizations keep doing what they do best.”

Craig noted in the award presentation, “Not only does Laura the leadership skills by getting these events organized and staffed, she is there as a volunteer placing service above self.”

A native of Faribault, Bock’s community service interest dates back over 10 years to her time when she was involved with the Chamber of Commerce and Faribault’s Main Street Program as the manager of the Cheese Cave in downtown. She helped with a variety of volunteer events in that capacity and carried that passion on to the Rotary Club and her current position with Thrivent Financial, where she has helped organized community service events with her co-workers including putting together care packages for the military.

“She is just a very kind-hearted person who is willing to roll up her sleeves anytime and help out our community,” Connelly said. “She is also super organized and makes sure that everyone is in place and where they need to be for all our community projects.”

Bock’s work has definitely made an impact on the community, but she also believes that her community service work has been a positive factor in her life too.

“I make the time now because it feel good to volunteer,” Bock said. “I feel that if you can give of yourself, eventually, if you are in need, those good vibes are going to come back to you.”

To receive the award, a club member is nominated by other club members and then selected by a committee for Rotarian of the Year.

Another humbling moment for Bock has been her recent selection as a future president for the club. She is slated to serve as the Faribault Rotary Club’s president in 2023-24.

“I accepted that, and it is very humbling to be asked because it means they think you can run the club for the year,” said Bock.

Printing
No newspaper on Thanksgiving; stay up to date online

The Faribault Daily News will not have a Thursday, Nov. 25 print edition due to the Thanksgiving holiday.

The Friday e-edition will come out online as usual (find it at faribault.com). The online site will continue be updated with the latest stories, as usual. Print editions will resume Saturday, Nov. 26 as normal. 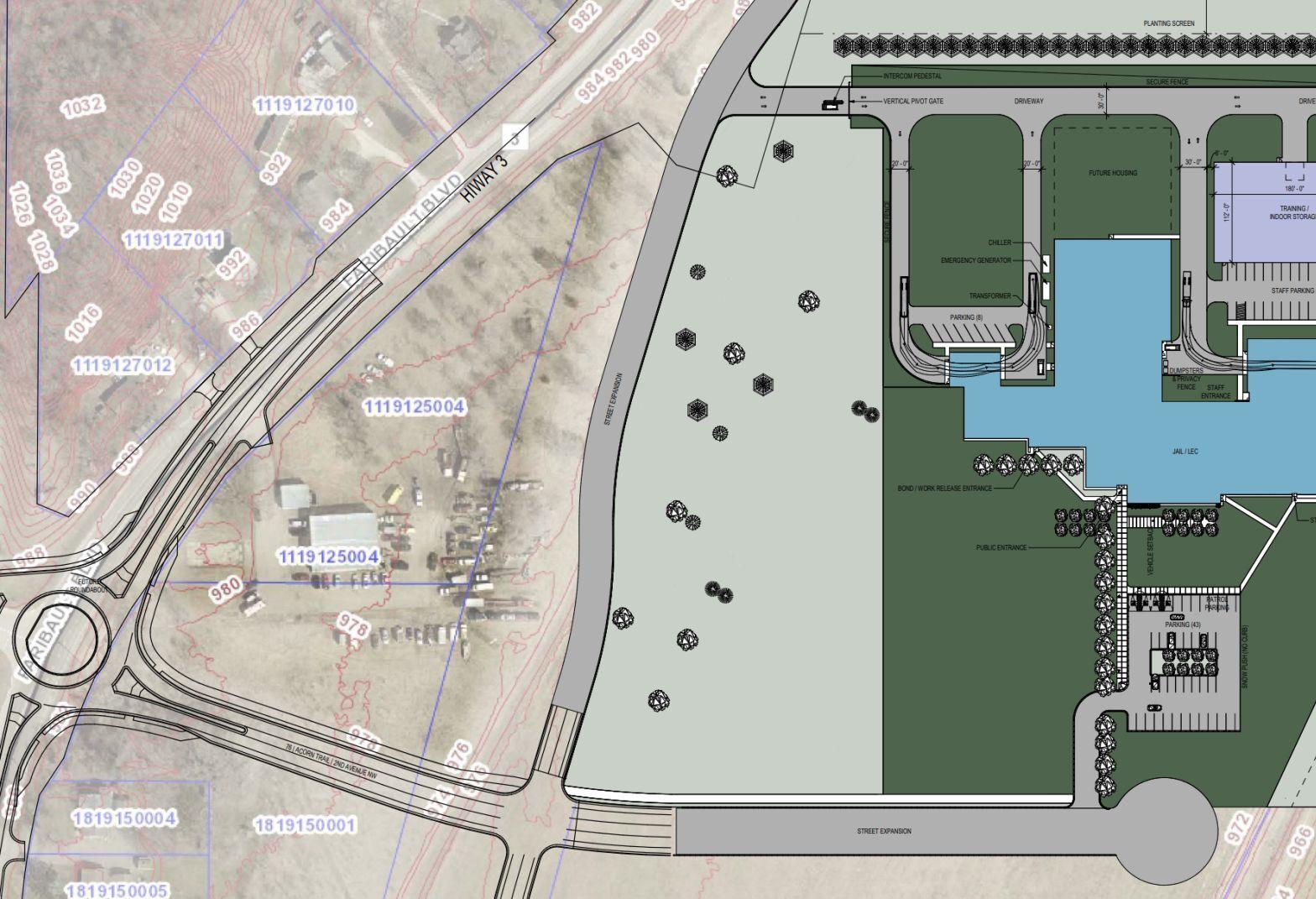 This illustration, presented last week to the Rice County Board of Commissioners, shows property lines in blue. Borchert Motors, shown here on the northeast side of the planned roundabout, has a concrete pad that sits on property the county is buying. (Image courtesy of Rice County) 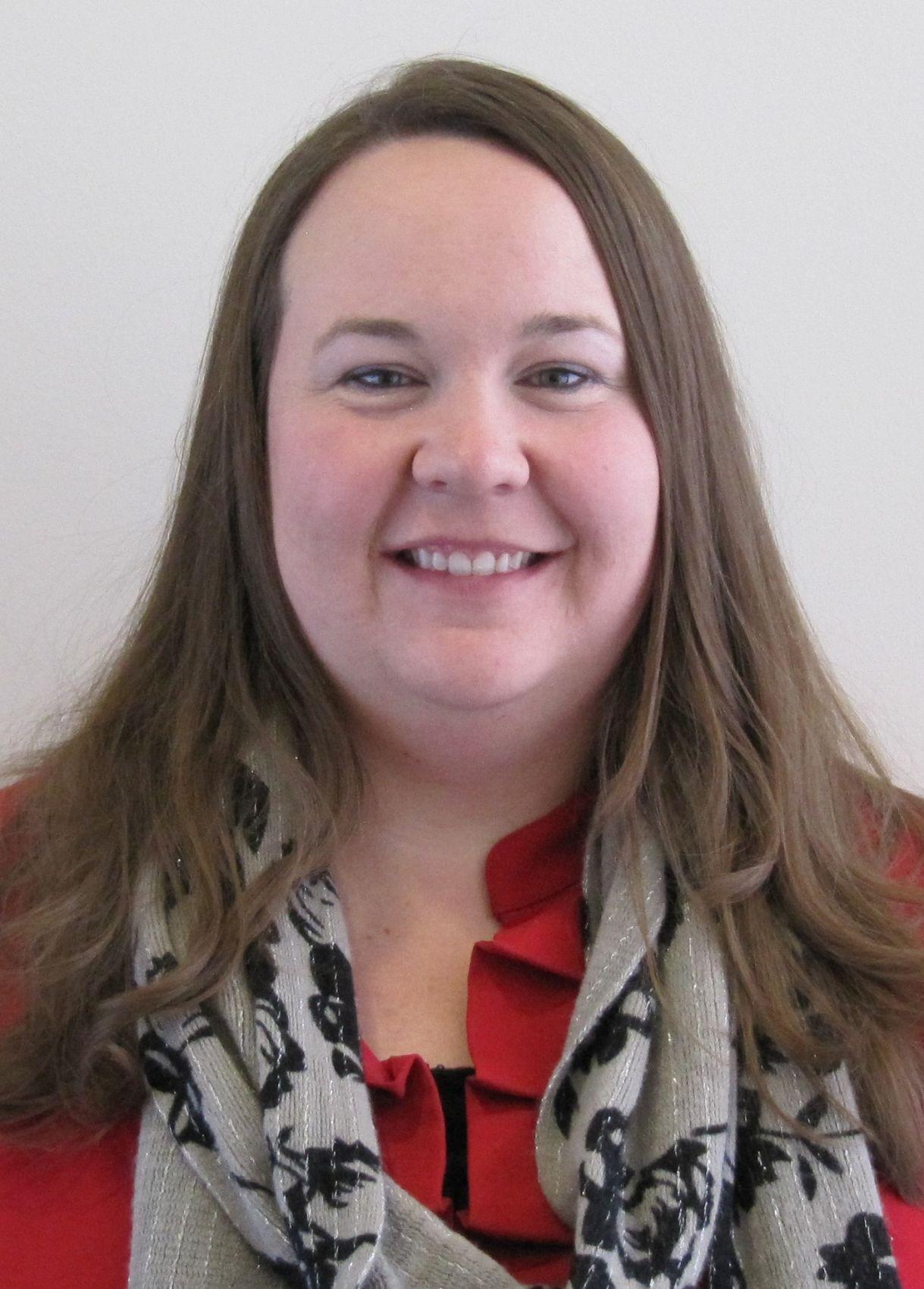