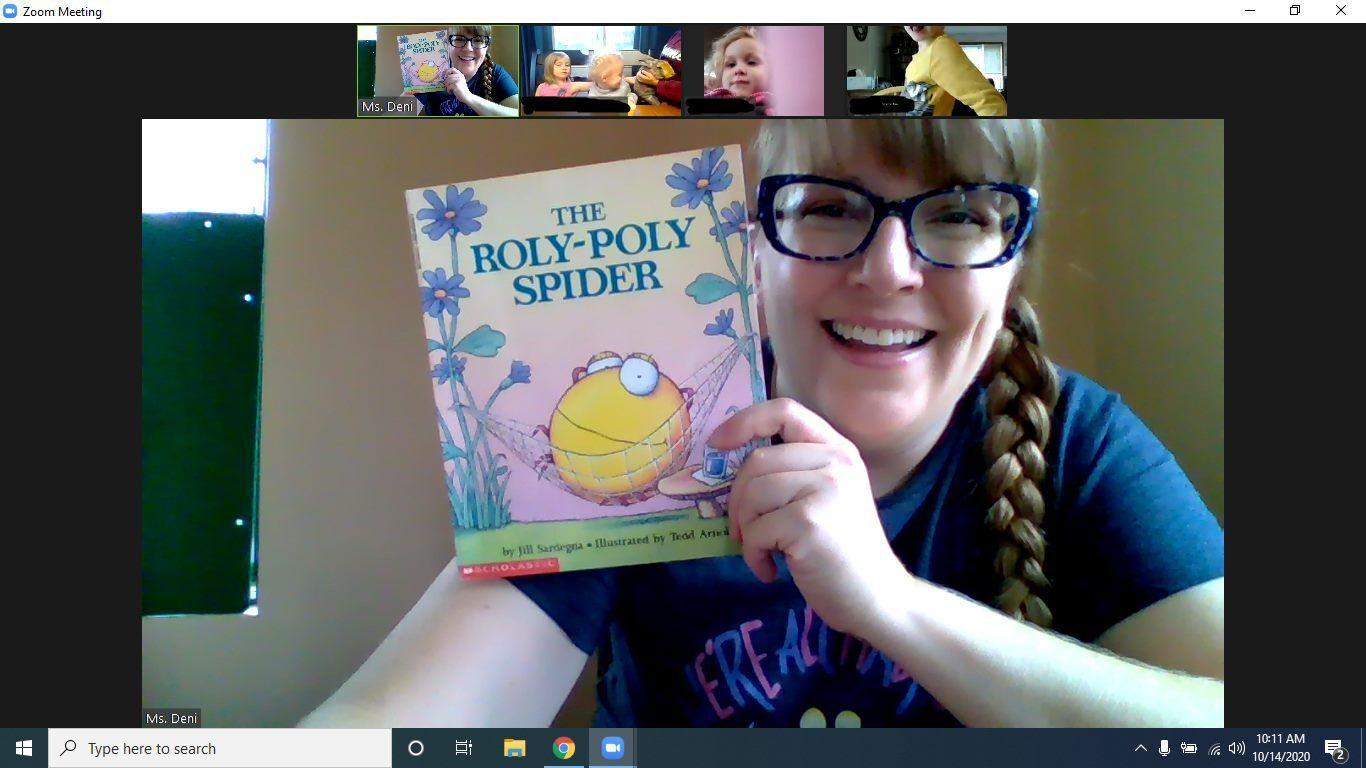 News
spotlight
For Rice County board, no shortage of challenges to tackle in 2021

Even as the calendar turned to 2021, Rice County Administrator Sara Folsted and the County’s five-member Board of Commissioners remain absorbed by the issue that consumed 2020 — the public health and economic consequences of COVID-19.

On Dec. 30, Rice County Public Health kicked off its first vaccination clinic a week after receiving a shipment of 200 doses. A group of 50 individuals, including Sheriff Troy Dunn and Faribault Fire Chief Dustin Dienst, were among the first recipients of the vaccine in Rice County.

Vaccination is taking place in a highly coordinated manner, following the state’s official Immunize to Impact plan. It’s designed to ensure that the most vulnerable Minnesotans receive protection first.

“Getting the vaccines out is really harder than most people think,” said outgoing County Board Chair Dave Miller.

As the state works its way through the most vulnerable groups, Folsted said that immunizations are likely to continue throughout the year. In addition to distributing vaccines, the county will also have to explore ways to support local businesses through another difficult year.

Though the county’s budget limits how much direct relief it can provide, the state government has sent it about $1.3 million in business assistance to distribute. For that particular pot of money, awards must be made by March 15 with distribution by April 1. Folsted said that the county, which successfully distributed several rounds of assistance last year, is updating its application process and will bring it before the board next week.

District 2 County Commissioner Galen Malecha expressed optimism that the county would be able to provide more assistance for businesses, but emphasized that its pursuit of long-term economic development goals is continuing as well.

In particular, efforts to expand access to broadband in rural areas of Rice County will continue. Under state law, all Minnesotans are supposed to have access to broadband with download speeds of at least 25 megabits per second and upload speeds of at least 3 Mbps by 2022. While Rice County has continued to make progress, in the southeast and southwest portions of the county many are still without broadband access. Statewide, the latest figures from the Minnesota Office of Broadband Development show that about 7.5% of Minnesotans lack access.

Increasing access to broadband in rural areas has been a priority for years. Without rural broadband, advocates say that rural communities effectively find themselves locked out of educational and economic opportunities at the core of the 21st century economy.

Several transportation projects are also expected to take this place, including a project intended to help the county make the most of the I-35 corridor.

However, while the County Road 46 project proceeded, the Baseline Road project got caught in the eminent domain process after landowners refused to cede their rights to the land. COVID-19 closed the courts pushing hearings back for months.

The county will also work on securing dollars and completing a comprehensive analysis of the proposed roundabout on the east side of the I-35/Highway 19 interchange, which would provide easy access to the frontage roads while dramatically improving safety on the southbound exit ramp.

The project has long been a priority of the county and its Board of Commissioners. After years of prodding, the Minnesota Department of Transportation finally initiated and funded a traffic study which found a roundabout to be the best solution. So far, the county has managed to secure about $2 million in grants, $1.1 million from the Minnesota Highway Freight Program and $900,000 through the state’s Local Partnership Program. Together those awards would cover roughly two-thirds of the project cost.

To cover the remaining amount, County Engineer Dennis Luebbe has requested $700,000 from the Transportation Economic Development Program and $400,000 in Highway Safety Improvement Funding. If there’s still a funding gap after those four grant applications are announced, Luebbe said the county would have to look at persuading MnDOT to fund part of the project through District 6 construction dollars.

The first completed project of 2020 will be the county highway shop addition in Faribault, which is scheduled to wrap this month. With the county’s maintenance needs continuing to grow, a larger shop was identified as a key priority in a 2016 space needs study.

Once the expansion to the 1975 facility is complete, the added shop space will enable the county to add another four heated garage stalls for heavy machinery as well as an expanded parts room. The shop area break room and men’s bathroom will also receive much needed expansions and upgrades, and a new women’s bathroom will be added. The renovation will add a dedicated full-sized conference room for meetings and other large gatherings. Smaller office spaces for private discussions, providing privacy for sensitive discussions that currently is often hard to come by.

Another key county facility identified as in need of space was the county jail. The issue has so alarmed the Minnesota Department of Corrections that in late 2019 it threatened to designate the jail as a 90-day facility.

If that designation takes place, moderate- and maximum-security prisoners who need to be held for longer than 90 days would have to be moved to a neighboring county jail and shuttled back and forth for court dates and other appointments. Rice County Sheriff Troy Dunn has estimated that this could mean extra expense to the county of around $500,000 per year.

The state’s order caught the county off guard, but it’s part of an initiative by Minnesota Department of Corrections Commissioner Paul Schnell to reduce the rate of recidivism by offering educational and recreational programming for the incarcerated.

“We have to be frugal with how much we spend, but some things are almost out of our control,” said Miller. “We almost have to do this, but we’ll see how it works out.”

Already, the county has started making plans for a potential expansion. In October, a county board subcommittee discussed the purchase of a small parcel of land next to the county law enforcement center for potential use as part of the expansion.

One feature of the updated Comprehensive Plan will be a new chapter focused on environmental sustainability. That’s music to the ears of members of Northfield’s Citizens Climate Lobby, who have urged commissioners to give greater consideration to environmental issues.

Commissioners Malecha and Steve Underdahl will participate in two new subcommittees, one focused on environmental sustainability, the other on diversity and inclusion.

In some ways, the county is simply following the lead of its two largest cities. Both Faribault and Northfield have worked hard to become more environmentally sustainable in recent years, providing resources for residents who want to reduce their carbon footprint and implementing in-house changes as well. Both have also established environmental commissions including community members well versed in many aspects of environmental sustainability. Underdahl noted that the county is in some ways simply catching up.

The diversity and inclusion commission was created in response to significant demographic changes that have taken place in Rice County. Though 86% of county residents were white as of the 2010 census, the number of non-white and foreign-born residents is growing rapidly. 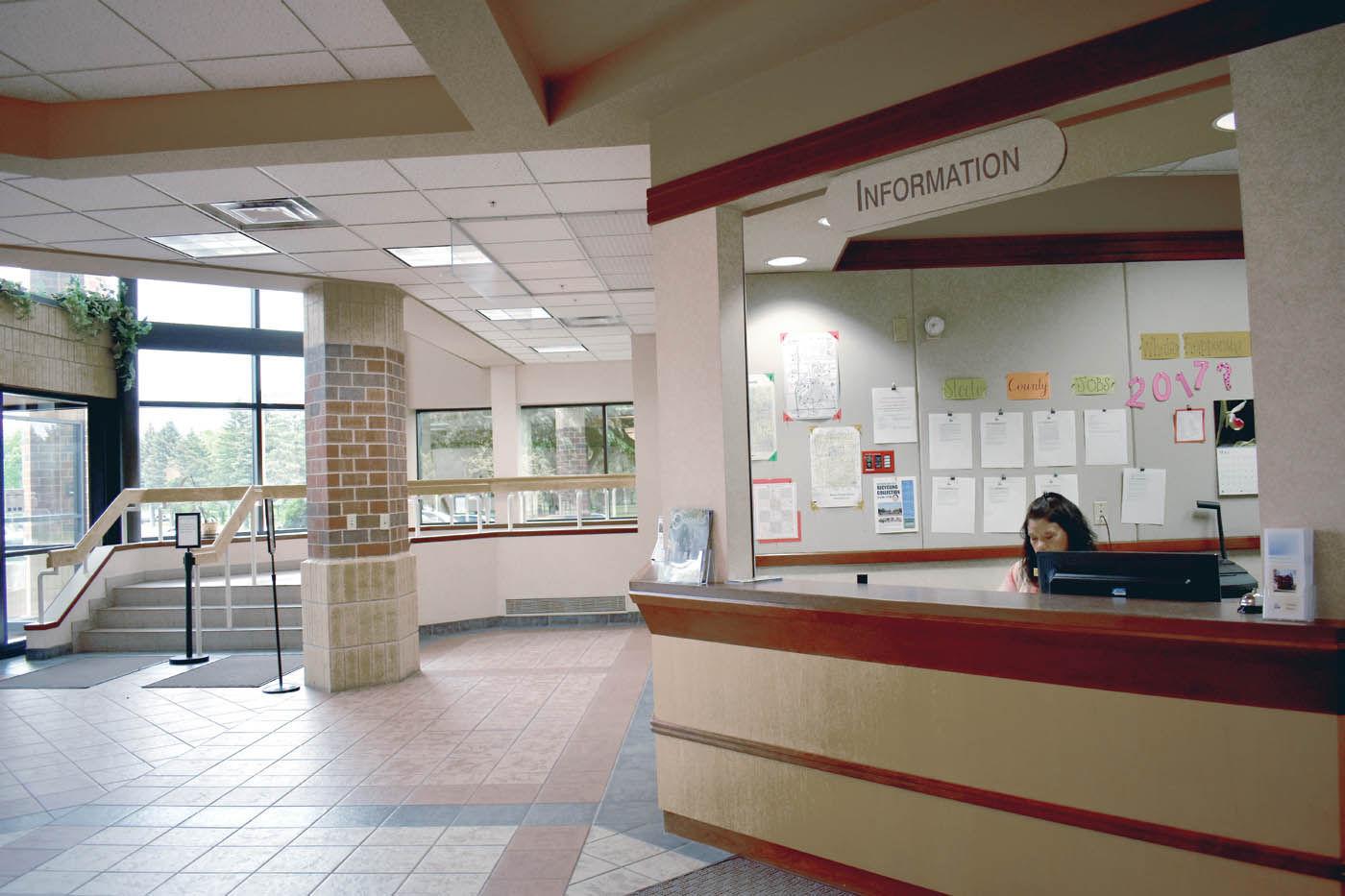 Leslie Schipper sits at the information desk located at the entrance of the Steele County Administration Building in May 2017. (File photo/southernminn.com)