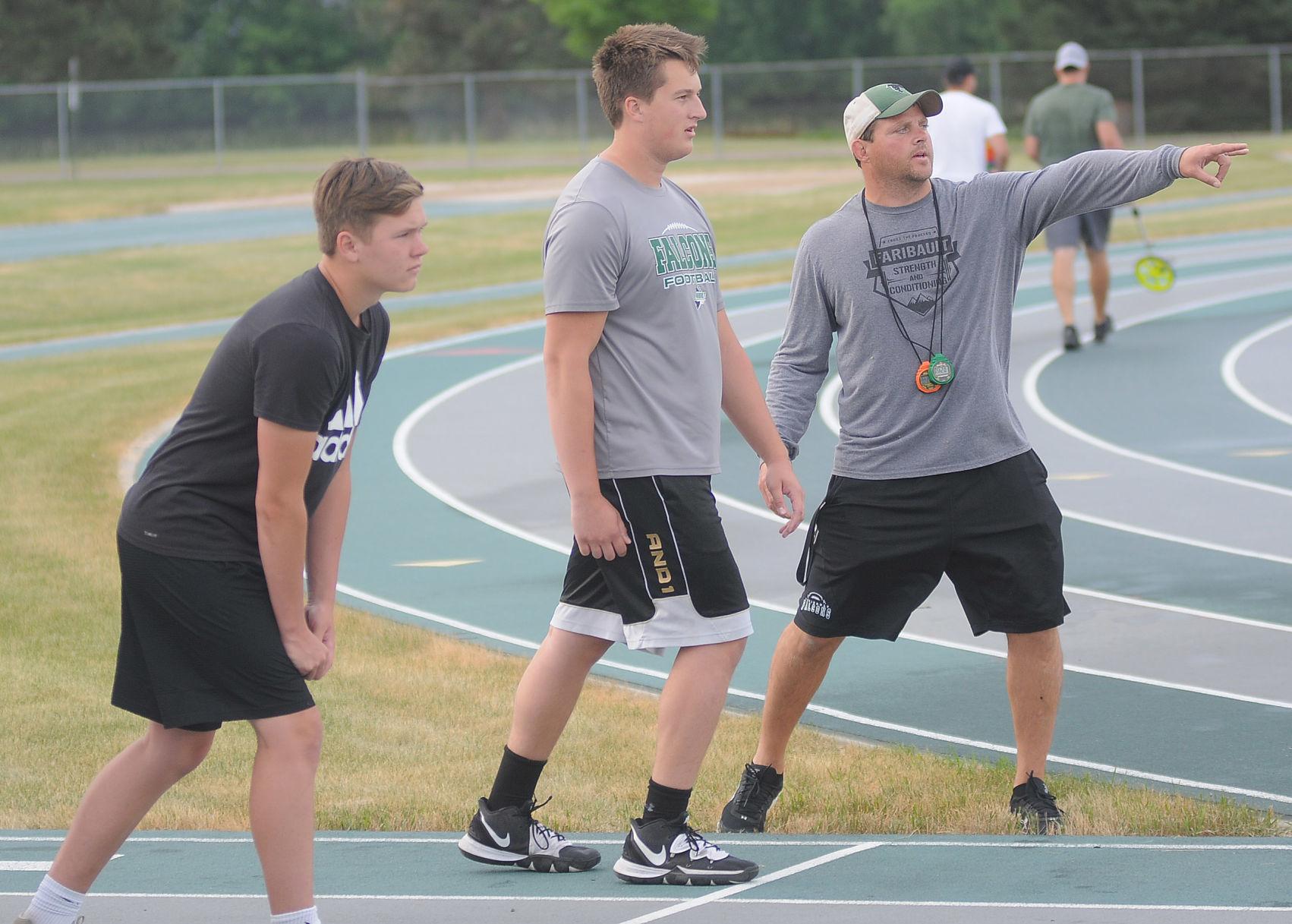 Unlike Faribault, the city of Northfield has several on-street bike lanes, added in the last several years during city road reconstruction. Faribault so far has just one, on Hulett Avenue. (Sam Wilmes/Faribault Daily News)

At the first meeting of the new ad-hoc committee on on-street bicycle lanes, Councilors Janna Viscomi and Elizabeth Cap, and Mayor Kevin Voracek expressed strong support for improving and expanding upon the city’s network of bike routes.

An ad hoc committee to deal with the issue was created on May 12, after councilors expressed support for one at the prior week’s work session. The ad hoc committee will meet as needed, producing recommendations for the whole council.

Viscomi has long been a vocal advocate for making the city easier for cyclists to navigate. Currently the longest serving councilor, she lamented a lack of progress over her tenure even as the council has embraced an ambitious vision.

“In the time I have left (on council), I want to get real things done to make the city more bikeable,” she said. “Every three years, we come up with a really beautiful but daunting plan, and then don’t execute any part of it.”

While the city’s parks system and its 8.4 miles of paved trails is more extensive than those of many other cities its size, funding has lagged. Viscomi raised concerns that as the city has focused on improving opportunities for recreational biking, it’s failed those hoping to use bikes as a basic form of transportation.

“We’ve got a lot of trails that don’t lead us to where we need to go,” she said. “We’ve got to become a lot more efficient when it comes to getting from point A to point B.”

Many of the existing routes are circuitous and indirect, unnecessarily forcing bicyclists to cross streets and take indirect routes that take extra time and raise the risk of an accident. Other routes, like those in Teepee Tonka Park, aren’t well maintained. Councilors raised particular frustration that the city’s network of bike routes remains largely informal and disorganized. That often leaves guests and even locals bewildered as to what the best routes to get from place to place.

Viscomi said that if she weren’t on City Council, she likely wouldn’t even know that thanks to its continuity, Sixth Street provides a safer alternative for bicyclists when compared to other, more heavily traveled east-west routes.

City Administrator Tim Murray said that the city would need to prioritize particular routes, then work to ensure safe travel along them. Once routes are more well defined, the city could focus on particularly troubling areas.

“We need to define what is the bike route system, because that’s not really been formalized,” he said. “It isn’t practical to have signs on every corner.”

The plan further states that trailheads should have numerous amenities, including drinking fountains, restrooms, bicycle repair stations and parking areas and most of all, signage that offers directions to key points within the city and approximate distance.

Voracek said he’d like to see an online map of the city’s bike routes. Throughout the route, he said that additional signage could offer codes that people can scan onto their phones to see their current location in the network.

Rice County Public Health’s Josh Ramaker said that improvements to the current system would be welcome. Ramaker said that the lack of organization currently has made it harder to convince many locals that bike riding can be a safe and practical means of transportation.

“If you just want to bike to the supermarket, it can be very difficult (in Faribault),” he said. “ If we had a well-connected network, people could maneuver through the city with ease.”

The city's Director of Engineering, Mark Duchene said that based on feedback from the councilors and mayor, staff will put together an extensive bike-lane plan in the coming weeks. Once it’s complete, residents will be invited to give feedback. While the plan could provide an appealing vision, finding the funding to make it work could prove more of a challenge. Even under a strong pre-COVID economy, the city found itself cash strapped, with rising personnel costs forcing levy hikes.

'In the time I have left (on council), I want to get real things done to make the city more bikeable. Every three years, we come up with a really beautiful but daunting plan, and then don’t execute any part of it.'

As polling places begin to prepare for the August primary and November general elections, the pressure to find enough election judges during the COVID-19 pandemic is noticeable. While Steele County has enough in all of its precincts, the city of Faribault is reporting being down a minimum of 10 judges. (Press file photo)

Though many are hopeful that herd immunity will be in effect come fall, the COVID-19 pandemic is already causing uncertainty for the upcoming elections. Specifically, it is taking its toll on the polls in the form of election judges.

“Our election judges tend to be a tad bit older, so some of them are in that high risk for COVID-19,” said Heather Slechta, the assistant to the city administrator in Faribault. “We’ve had quite a few call in and say that it’s just not the right time for them to serve.”

Heading into the Aug. 11 primary, Slechta said that she is down by a minimum 10 election judges in Faribault. While they could make do with the number of judges they currently have, at roughly eight to 10 judges per polling place, Slechta said it leaves them no wiggle room if something else were to happen.

“During the last primary I actually had three or four judges who were sick,” Slechta said. “Luckily we had enough people that we didn’t have to panic or send city staff in to do election judging for the day, but that wouldn’t be the case this time. Ultimately I would like to have 12 to 15 judges at each location including the head judges.”

Slechta said that she is also anticipating the need for additional judges in both August and November because of the COVID-19 pandemic and the offering of car-side voting.

“We’re also going to have to do more cleaning and overall just need more people doing different pieces throughout the day,” Slechta said. “It’s going to look different, you’re even going to be greeted at the door and given the pen that you will need to carry with you.”

Steele County Auditor Laura Ihrke said that thus far the shortage of election judges hasn’t made its way to the area, adding that they may actually be lucky as she has received a couple phone calls from people interested in becoming an election judge.

“I haven’t heard anything from any of the townships or cities, so right now we have enough people to serve as judges,” Ihrke said. “However, we don’t know yet what everything is going to look like.”

Ihrke said that Steele County is lucky in the fact that the residents seem to be warming up to absentee and mail-in voting at a rapid rate, noting that the last election saw a record of 3,000 absentee voters. Steele County will also see its first two precincts — the city of Ellendale and Berlin Township — that will be conducting the upcoming elections as mail-in only.

“If a precinct has 400 or less voters in an election, they qualify to do mail-in ballots,” Ihrke said. “We reached out to those that qualified and these two precincts decided that they would try that option this year.”

Ihrke and Slechta both agreed that absentee voters could help reduce the risk and exposure of COVID-19 at polling places, stating that the more people who elect to vote absentee the less crowded a polling place may be.

“We already are going to have a space issue with social distancing and people standing in line, plus we will be pushing people in and out to push traffic through,” Slechta said. “We don’t ever want people to have to wait in line for an extending period of time on Election Day, but especially not now due to safety.”

Ihrke echoed Slechta’s sentiment, adding that the polling place workers will be take all precautionary steps necessary to provide protective masks and sanitizer to their judges and the voters. She said that only time will tell what the state will look like, though, as many health professionals are anticipating a second wave of COVID-19 cases to hit yet this year.

“Our job is to educate people on their choices to vote,” Ihrke said. “If they want to vote absentee we are here to help them do that. If they want to come to a polling place because that’s what they prefer, we will be open and we will do what we can to keep them safe.”

Slechta said that moving toward the elections, she will continue to seek out election judges to ensure that everyone’s civic duty to vote remains protected.“I have never had to do an emergency training on the day of the election, but I will if I have to,” Slechta said about the election judge training, which has moved in both counties to an online, two-hour format to help promote social distancing. “We have enough to get by, but it would be great to have more.”

Election judges are paid positions. Those interested in becoming an election judge are asked to contact their township, city, or county to learn more. Information on upcoming elections and applications for absentee ballots can be requested at the auditor’s offices in both Rice and Steele counties. 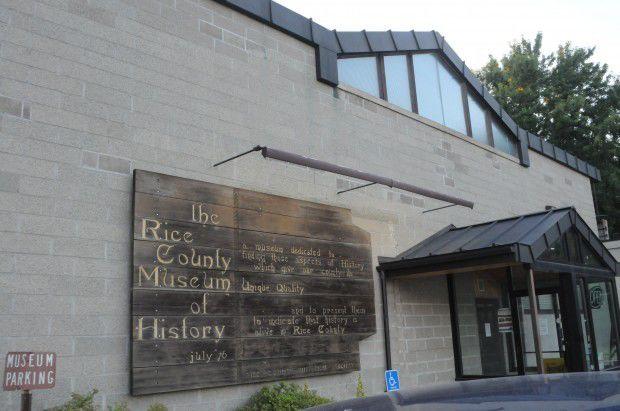