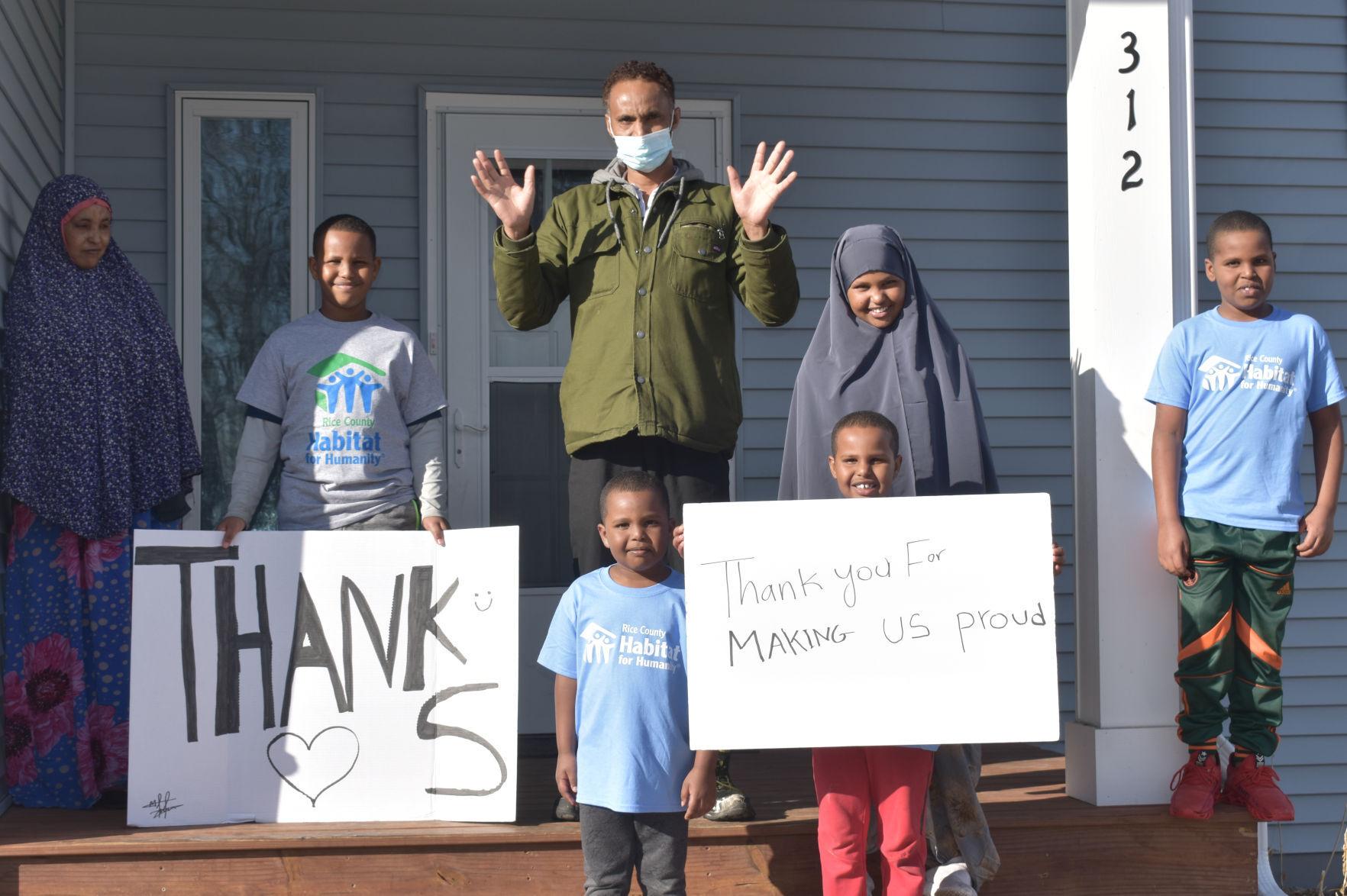 Members of the Ali family stood outside their home and waved to passersby who greeted them during the Habitat for Humanity drive-by event. The Ali family includes nine children, so their new home provides them the space they need. (Misty Schwab/southernminn.com)

Keeping Roberds Lake clean and welcoming for recreational uses is a local priority — and with statewide dollars, the Roberds Lake Sewer District helps to do just that. However, recent rate increases have upset some residents. (File photo/southernminn.com)

Residents living around Roberds Lakeare frustrated after seeing their bills climb dramatically in recent months. but Rice County said the increase has been long in the making.

More than 100 households are part of the voluntary Roberds Lake Sewer District, which was established in 2013 as a joint initiative of Rice County and the city of Faribault. By hooking Roberds Lake Area residents into the Faribault’s wastewater treatment plant, the city was able to boost its own revenue. But the biggest benefit was its significant impact on the local environment. According to a report from Rice County, the extension was particularly needed because some 45 sewer systems around the lake didn’t meet the state’s environmental standards, according to a county survey done more than a decade ago.

Residents organized a robust grassroots effort to bring the project to fruition, going from door to door to bring their neighbors on board. Local nonprofits like the Cannon River Watershed Partnership played a key role as well.

With funding provided by the Minnesota Legacy Amendment, the Minnesota Pollution Control Agency was able to cover half of the project’s costs, or $2.6 million. The Minnesota Public Facilities Authority chipped in more than $760,000 as well.

Overseeing the maintenance and operations of the sewer district is an advisory board composed of its users. Rice County Environmental Services Director Julie Runkel was the county’s liaison on the board until last year when Parks and Facilities Director Matthew Verdick took over.

Until recently, the fees charged to system users had been remarkably stable. Though it was higher than the rates paid by Faribault city residents, sewer system user Dave Lenway was more than comfortable paying his $36.75 monthly bill.

That all changed last fall, when the advisory board made the difficult decision to increase fees by about $10 per month for an average user. According to Verdick, the board’s hand was forced by the expiration of a five-year warranty on the system’s equipment. With the county effectively taking on all maintenance, more funding will be needed for basic system maintenance. County Commissioner Steve Underdahl, who represents the area on the board, added that an increase to cover other costs was overdue as well.

Verdick expressed optimism that the board would be able to keep a lid on increases over the next few years. However, some residents were concerned by the size of the increase, including Chris Trebelhorn who said it would come out to about $20,000 extra per year for the county.

Residents who flush items down the toilet that they should not will pay additional fees, as has been the case since the system’s inception. The charge won’t apply to an initial incident, which is presumed to be an accident, but they’ll pay for subsequent incidents.

“I think that’s fair,” said Trebelhorn. “Why should I pay more to repair the system when someone else is flushing paper towels into the septic?”

While Verdick maintains that residents were notified by mail, Lenway and others say they didn’t get the message. In addition to a failure to provide prompt notification, Lenway said the explanation for the rate increase is still unclear for many.

“Nobody from that committee contacted anybody on the lake,” Lenway said. “Apparently nobody seems to know what the reason for the cost is, either.”