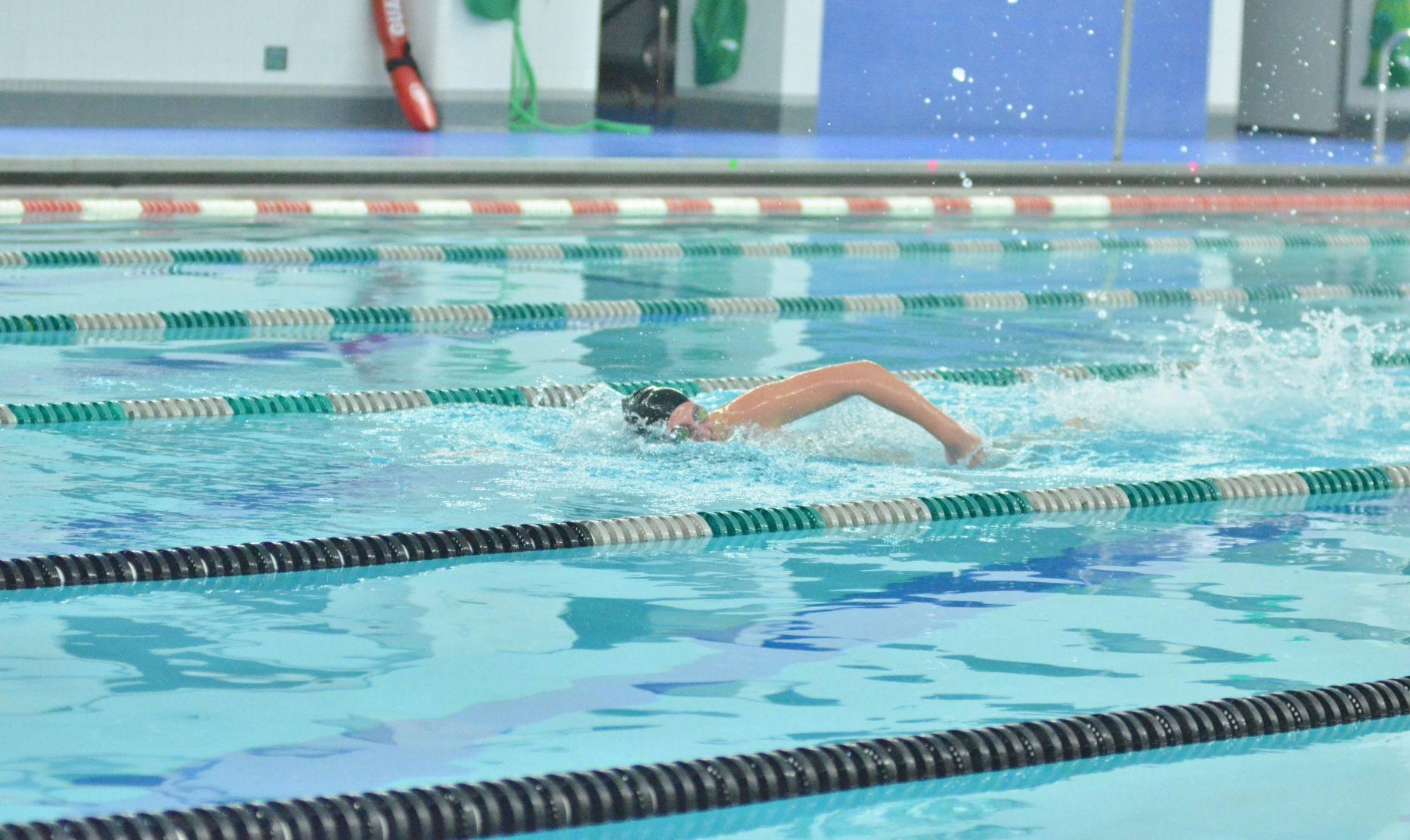 Faribault senior Abby Larson swam the 500-yard freestyle by herself Tuesday night at Faribault High School, due to the virtual meet format and no other Falcons entered in the race. Larson finished PLACE in the race against Northfield, which won the team meet SCORE. (Michael Hughes/southernminn.com)

Faribault’s City Council is considering loosening regulations around downtown building signs, like this one outside of the Faribault Police Station, to accommodate local businesses. (File photo/southernminn.com) 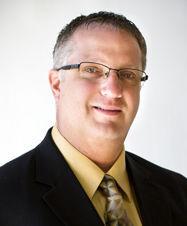 Following the lead of its Planning Commission, Faribault’s City Council is revisiting an ordinance designed to ensure historically appropriate signage but that’s inflicted significant costs on some downtown business owners.

Currently, the HPC reviews sign regulations in the Downtown Sign District. While it mostly overlaps with the current Historic Preservation District, the boundaries for the Sign District, first created in 1999, aren’t identical. Both boundaries are notorious for zig-zagging, and include some buildings but not others on the same block. Councilor Royal Ross called for the zone to be dramatically simplified, with four basically straight boundaries.

Ross’s plan would not move the sign district boundaries to match the Historic Preservation District boundaries. Currently, the city is in the process of adding a large swath of downtown to the National Register of Historic Places, providing another definition of “downtown.”

Potentially simplifying those boundaries was just one of three sign ordinance-related items discussed at Tuesday’ council work session. The second issue, and the most controversial, was how exactly downtown signs should be designed. Currently, downtown signs are required to include raised or recessed letters and a raised border. According to city staff, this requirement was intended to avoid homemade signs. In addition, such signs have long been a stylistic staple downtown.

Ross, who once owned his own sign making company, said that this restriction dramatically increases costs for business owners. He said that a much more cost-efficient way to go about it would be to allow business owners to put up flat signs with a raised border.

That idea is in line with the Heritage Preservation Commission’s recommendation, though not initial city staff recommendations. Councilor Janna Viscomi, among others, worried that allowing wholly painted signs downtown could have undesirable effects.

“That’s what we don’t want to see — more plywood (downtown),” she said with a laugh.

More controversial is a proposal to take away sign review powers from the HPC. Currently, all applicants in the downtown district must be granted a certificate of appropriateness by the HPC, but under the proposed new ordinance, that would no longer be necessary.

Both the HPC and Planning Commission will review the proposal before sending it back to council, and it’s unclear whether they will look on that idea favorably. HPC member Ron Dwyer says he thinks the HPC has an important role to play in reviewing signs.

“Governing the style of signs and keeping them consistent with the architecture in the district is a good idea,” Dwyer said. “If we can do that through the HPC, then that’s the place it should be done.”

At last week’s meeting, HPC Member Karl Vohs suggested the HPC would be “relieved” to no longer need to grant the certificates of appropriateness. However, HPC staff liaison Kim Clausen clarified that Vohs was only speaking for himself, not the HPC as a whole.

According to Clausen, the topic will likely be discussed at the HPC’s next regularly scheduled meeting. The Planning Commission is likely to discuss it soon as well, setting the stage for a proposed ordinance to come back to the council for approval.

When it comes to the HPC’s role in the sign ordinance, Sam Temple came down more in the middle. The HPC and Planning Commission member clarified that he isn’t strongly opposed to the HPC continuing to serve in its current role of sign review, he suggested that its time might be better spent elsewhere.

“Each commission has a limited amount of time and mental energy,” Temple said. “If the HPC were to no longer do the sign ordinance, I would be optimistic that we could fill that (time) with something that is very productive.”

On the east, Councilor Royal Ross proposed the district boundary would be the Straight River, on the south Division Street, and on the west First Avenue NW. Such a change would increase the number of included buildings on the east and south while decreasing it on the west.

As for the north, Ross said he was comfortable with keeping the boundary at Fifth Street. Ross’s plan was largely accepted by councilors, who trusted the former Faribault Main Street coordinator’s sense of the situation.

Big Brothers Big Sisters’ annual Bowling for Kids’ Sake fundraiser supports Big and Little matches throughout Dodge, Rice, Steele and Waseca counties. This year, the fundraiser is being held in September and involves bocce ball instead of bowling. (Photo courtesy of Andrew Carlson)

Bocce ball is the new bowling, at least for Big Brothers Big Sisters of Southern Minnesota.

The annual Bowl for Kids’ Sake fundraiser, typically held in March, was postponed to September this year due to the coronavirus pandemic. But with health and safety guidelines continuing to discourage large indoor gatherings, BBBS decided to take a new approach.

“We’ve had to cancel multiple fundraisers, so wanted to make sure this one happened,” said Andrew Carlson, marketing and development coordinator for BBBS of Southern Minnesota.

Bocce for Kids’ Sake is a celebration of those who raised funds for BBBS of Southern Minnesota, but community members are welcome to participate on a team by contacting the organization or registering online at bbbsofsouthernmn.org/bocce2020. Donations are being accepted up until the day of the events.

Whether the fundraiser involves bocce ball or bowling, the annual effort supports BBBS matches with initiatives in child safety, and college and/or career readiness. Funding also supports the organization in matching youth with mentors. In the four-county service area, Carlson said over 250 youth/Littles are on the waiting list; 70 are in Faribault and over 100 in Owatonna.

The goal for this year, based on what Bowling for Kids’ Sake typically raises, is $80,000. As of Wednesday, the organization has raised $15,716 for the cause.

Gayle Naygel of State Bank of Faribault serves on the BBBS Board and organized a team composed of Relay for Life Committee members. While she hasn’t served as a Big in the past, she said her children have participated as mentors, and she plans to do the same in the future. In the meantime, she’s collecting donations at State Bank of Faribault to pass along to BBBS.

“Big Brothers Big Sisters is just such an important organization, and of course this year has caused funding to be lower than we have hoped,” Naygel said. “So it will be a fun change this year to do bocce ball instead of bowling.”

“Last year we served 803 children, and that’s across the four-county area,” Carlson said. “This year we’re on track to meet our goal for children served.”

As far as matches go, Carlson said BBBS of Southern Minnesota supports around 300 community-based matches, in which youth are paired with community members. The count for school-site matches, which shifted to a virtual format after schools closed in the spring, is around 500.

At the beginning of the pandemic, Big and Little interactions took place mostly via online chats. BBBS also sent out activity kits and hosted online classes in yoga and origami as well as an online scavenger hunt. More recently, matches have been meeting outdoors in person without engaging in large group activities.

“It’s been really fun to see and hear stories of families staying home, but their Big gets to be part of their quarantine,” Carlson said.

To register for the event, donate to a player, make a general donation or join a team, visit bbbsofsouthernmn.org/bocce2020. Those interested in participating may also contact BBBS at 507-451-5922 or email andrew.carlson@bbbsofsouthernmn.org.

Jennie-O Turkey Store is of three local businesses under consideration for the Faribault Area Chamber of Commerce and Tourism's Business of the Year award. Over the last year, Jennie-O has implemented rigorous measures to protect employees from COVID-19 and created a new program to send children of employees to South Central College for free. (File photo/southernminn.com) 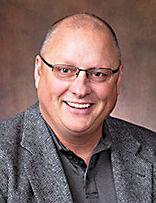 As one of the city’s most prominent employers, with more than 600 employees, Jennie-O Turkey Store is hardly a surprise nominee for the Faribault Area Chamber of Commerce and Tourism’s Business of the Year.

Chamber President Nort Johnson was quick to note that Jennie-O wasn’t just nominated because of its size, however. He noted that the Hormel Foods-owned meat processing plant has long been a responsible community member.

“We appreciate the high level of corporate responsibility that Jennie-O brings to Faribault,” he said.

Central to that commitment has been a new program called Inspired Pathways. Created by Hormel, Inspired Pathways is based on the company’s successful Austin Assurance Program, which provides tuition free college for all students who live in Austin.

The program will start accepting applications later this year, with the first class set to begin college during the 2021-22 school year. In order to receive the scholarship, students must complete high school and meet community college admission requirements.

In recent years, strong economic growth locally has been hampered by a significant and growing workforce shortage. Johnson said that Inspired Pathways could go a long way toward helping to address that, boosting not only Jennie-O, but plenty of other local businesses.

“It’s important to make sure tuition is not a roadblock for students wanting to expand their education,” Johnson said. “SCC has curriculum certificates and degrees that apply to many Faribault job openings.”

Long said he was ecstatic that Jennie-O has been nominated for the honor. He said that while 2020 has been an extraordinarily difficult year for the community, Jennie-O has had the opportunity not only to persevere but meet increased demand.

“In the same timeframe as people are not hiring or laying off (employees), we’ve been hiring more people,” he said. “People are eating at home more than they did before, which calls for a higher need than before.”

Long gave full credit for the accomplishment to Jennie-O’s hard-working employees, who he said had gone above and beyond since the pandemic hit. That’s even included Saturday production every week since March.

“They deserve this because of the hard work they do,” he said.

Yet despite the extra shifts, the plant has managed to avoid the kinds of COVID-19 outbreaks seen by other meatpacking plants, even other Jennie-Os. Those shutdowns have worsened what was already a troubling shortage of meatpacking capacity throughout the state.

To keep its employees safe, the plant has installed physical barriers between stations and provided face shields for every employee. Having managed to avoid the worst of the pandemic so far, Long said that the company looks forward with optimism to the future.

“We’re extremely proud of all the work we’ve done, and confident we’ll come out on the other side stronger.”

This article has been updated to note the correct price for tickets to the Faribault Area Chamber of Commerce and Tourism's Business Awards luncheon. 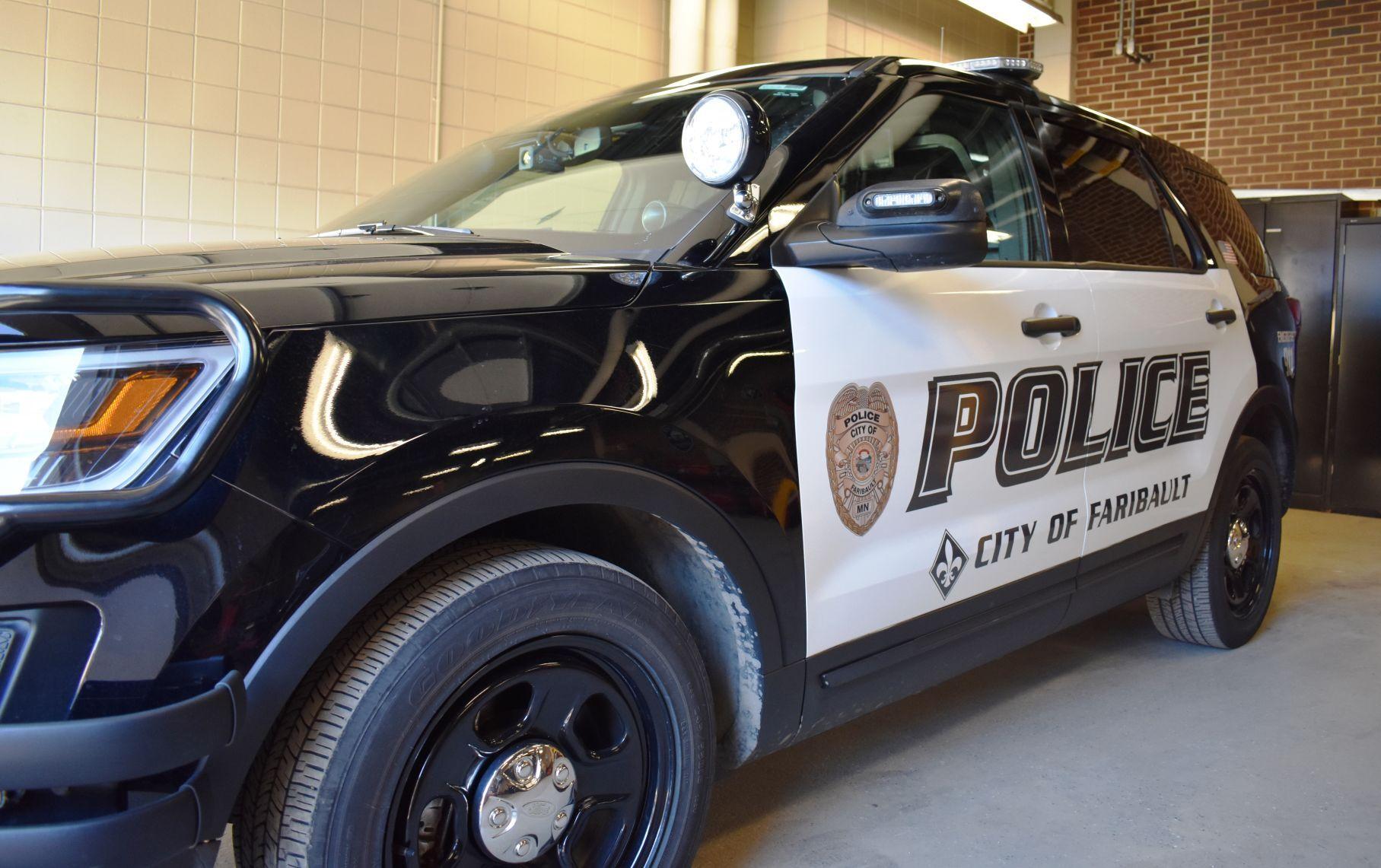 Faribault Police Department squad car sits in the garage. The fleet is being upgraded with a handful of new technologies. (Gunnar Olson/Faribault Daily News)