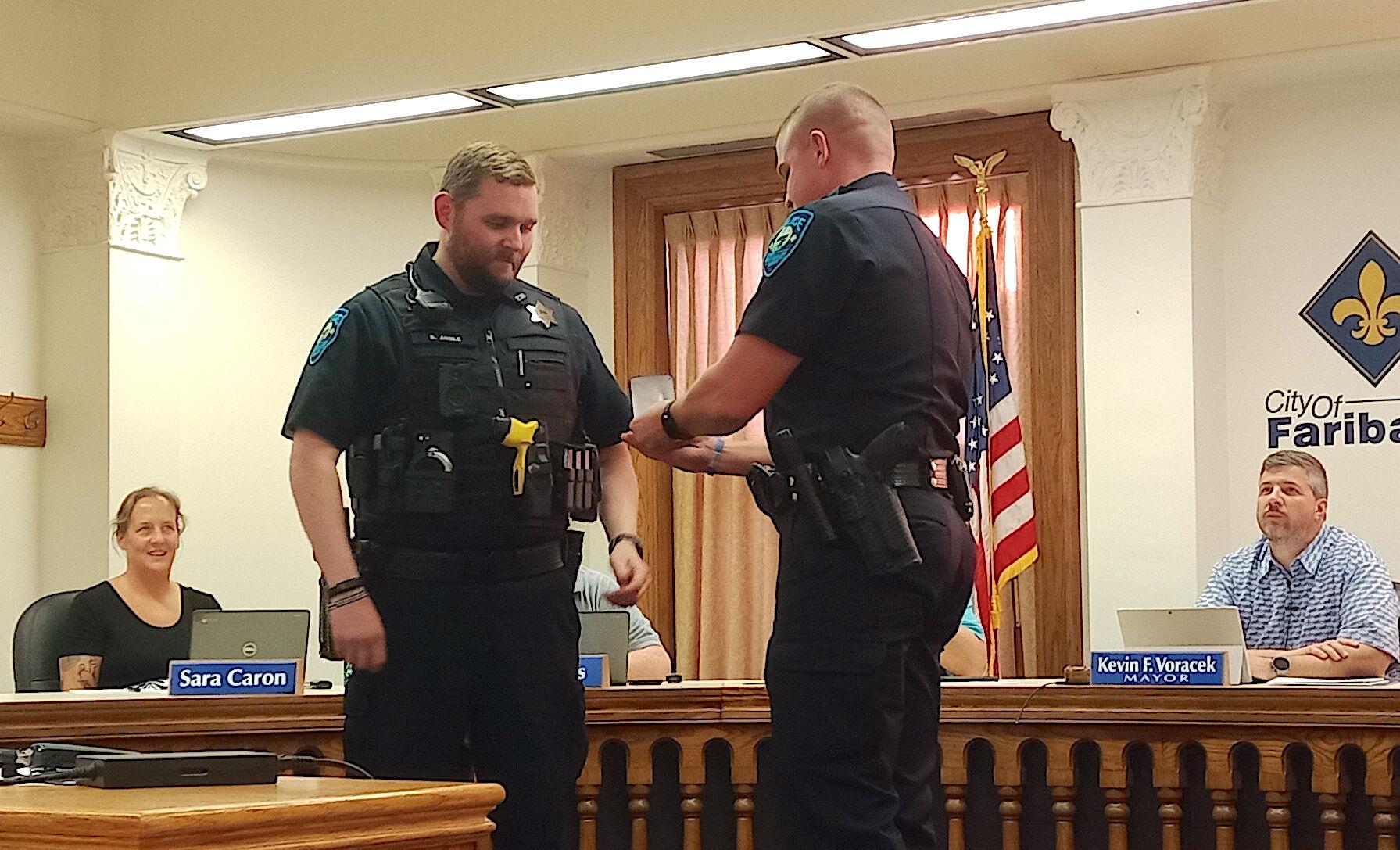 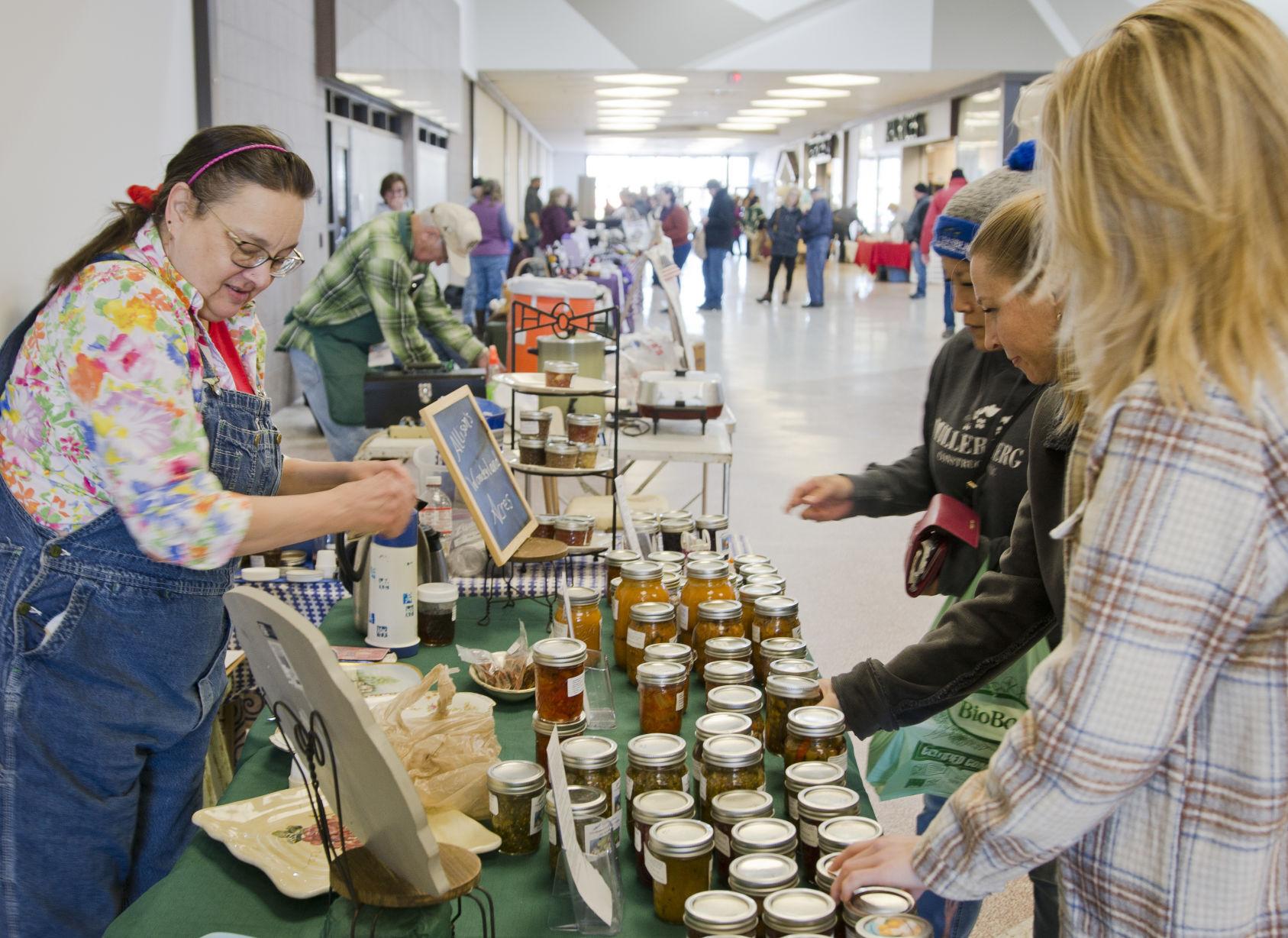 Community members in Faribault and the surrounding areas will now have the opportunity to shop for homegrown produce and homemade products almost all year round.

The Cannon Valley Farmers’ Market winter/spring season wraps up on Saturday, May 14 at the Rice County Fairgrounds, but the expansion of the market opens into the summer and fall market seasons beginning Thursday, June 16.

The markets will run Thursday evenings through September at the Rice County Fairgrounds. Board members sought input on what day and times the market should be held through an online survey in March.

Focusing on the community aspect of the market, Katy Lund, one of CVFM’s volunteer board members said they were intentional with how they went about getting feedback.

“We are trying to be really thoughtful and make sure this is a market for the community, not just for farmers and vendors,” Lund said. “There has to be a balance of things for people to see and take into account what the community needs. We received way more responses than we were expecting, so people are hopeful we’ll be around longer.”

Lund, of Bloomflower Farm in Kenyon, said board members were excited to garner feedback from the community in order to create as much access as possible to fresh foods and farm-grown items.

Along with the summer and fall expansion, the CVFM board is adding another benefit to customers: EBT and SNAP benefits will be accepted at the market.

The market also is hiring two market managers and adding more community members to its board.

“We’re looking to really pull in as many community members as possible to help mold our market in a way that is most representative of the community,” Lund said.

While these additions have been discussed and hoped for since the market started in 2016, Lund said this year CVFM was fortunate to receive grants from Compeer Financial and Allina Health.

Anyone interested in local foods looking to offer their time to make the market fit the community’s needs better are encouraged to reach out, Lund said.

“We are looking for more people on the board to advise those kinds of things,” Lund said. “We want to make sure this farmers market is made for the community we are serving, and we want to be as connected to them as possible.”

As a farmer herself, Lund said she loves everything about farmers markets.

“They fill such a need and make sure people have access to good foods,” Lund said.

While also providing access to homegrown and homemade products, Lund said the farmers markets also benefit farmers within the 50-mile radius in the Cannon Valley because the money is staying local.

“You are helping your neighbor, and that money in turn goes back to the community,” Lund said. “Keeping the money local means everybody can thrive and have access to the things they need.”

For Allison Schmitt, of Allison’s Wonderland Acres in Le Center, the expanded CVFM means she can expand her business.

“I am grateful to the market managers and volunteers who have created this venue, as well as the patrons who come and gamely try salt-cured lemons and limes, home-brewed strawberry vinegar or spicy harissa paste,” Schmitt said.

She thought about being a farmers market vendor for years, but concerns with the amount of time and money commitments held her back.

“I lacked the confidence to dive in head first with other markets, which required greater commitments of time and money than I felt I could invest,” Schmitt said.

After stumbling across the CVFM, which gives vendors the flexibility to choose how often they wish to participate, Schmitt has been able to grow her canning “hobby” into a real business.

“I could pick which dates I wanted to attend. It offered an introductory rate to new vendors,” Schmitt said. “It allowed me to dip a toe in the farmers’ market world and I found that, yes, people did want to try my somewhat offbeat canned goods.”

Now, Schmitt said the market is growing in a way that allows her the flexibility to choose how she wants to grow with it.

“I can choose how often to participate,” Schmitt said. “It allows me to continue to seek the right balance between my regular job and my own business, flexing as other demands ebb and flow.”

While previously living in Northfield for nearly a decade, Schmitt said she became immersed in the local food movement prevalent there. The farmers in the area, Schmitt said, inspired her to dream of having her own farm one day.

“I bought a house in Le Center on some acreage in 2019 with the hopes of following in their footsteps,” Schmitt said. “CVFM was the perfect outlet for my small harvest last fall and, I hope, many more harvests to come.”

The last winter/spring Cannon Valley Farmers' Market is set for 10 a.m. to 2 p.m. Saturday, May 14 under the carport at the Rice County Fairgrounds, 1814 Second Ave., NW, Faribault.

The summer market will be open from 4-7 p.m. Thursdays from June 16 though September at the Rice County Fairgrounds.

Go to facebook.com/cannonvalleyfarmersmarket for updates and announcements. 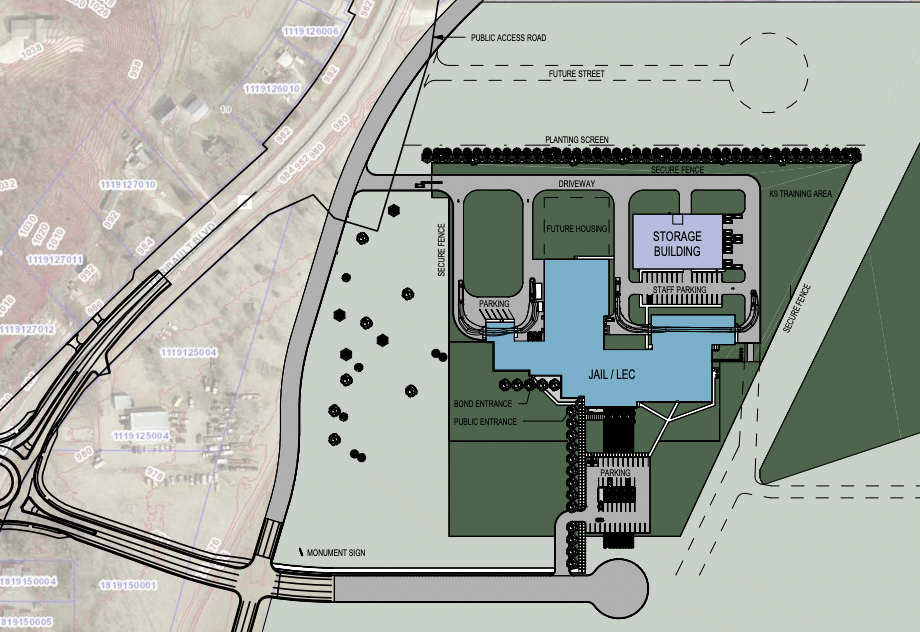 This graphic shows the proposed site design for the Rice County Law Enforcement Center. (Graphic via the city of Faribault)

The Faribault City Council granted several land use approvals for the proposed jail and Rice County Sheriff offices on the north side of the city.

The county wants to build the center, at an estimated cost of $49 million, on a 109-acre site east of State Highway 3 at 30th Street NW. The site was formerly the Faribault Foods spray fields and now is owned by the county.

The city and Minnesota Department of Transportation are planning to install a roundabout at Highway 3 and 30th Street.

“These projects are moving forward simultaneously with the intention of starting infrastructure work this fall,” City Planner David Wanberg reported in a memo to the council.

Last month, the council approved a land use amendment to the city’s comprehensive plan.

Council approvals on Tuesday included new zoning for the site. A large portion of the site, on which the new center will be located, is now zoned institutional. A large area to the south and a smaller area to the north are now zoned for open spaces.

“Not all of this site is needed for the proposed Rice County Public Safety Center,” Community and Economic Development Director Deanna Kuennen told the council.

The council also approved plats, which show the proposed layout of the site, and the vacation of no longer needed public easements on the site.

A required conditional use permit for the jail portion of the facility also was approved.

“It will be a secured facility with an appropriate landscaped buffer,” Kuennen wrote in a memo to the council. “The facility will not impose hazards or safety concerns on neighboring properties.”

And the council approved annexing land into the city that will be adjacent to the Law Enforcement Center. The owners of Borchert Motors at 18295 Faribault Blvd. requested an annexation. The property is currently part of Cannon City Township and will become part of the city.

The annexation will allow the property to connect to city utilities once the utilities are extended to the area. The city recently passed a resolution that says, in most cases, the city will not provide utilities to properties that are not in city limits.

A state judge also will need to OK the annexation before it becomes official.

No one spoke at required public hearings on Tuesday, and council members unanimously approved each action with little to no discussion.

A mural will be painted on the west wall of the Depot Restaurant. The Faribault City Council approved the plan proposed by Jeff LeBeau for an 8-by-10-foot mural to be painted by Jeff Jarvis. The mural will depict a train, the viaduct and Shattuck-St. Mary’s.

The Blue Collar BBQ Festival is moving to Teepee Tonka Park. The Faribault City Council approved a request to close the plaque from Aug. 12-14 for the festival. The annual event previously has been held on Central Avenue in the city’s downtown. 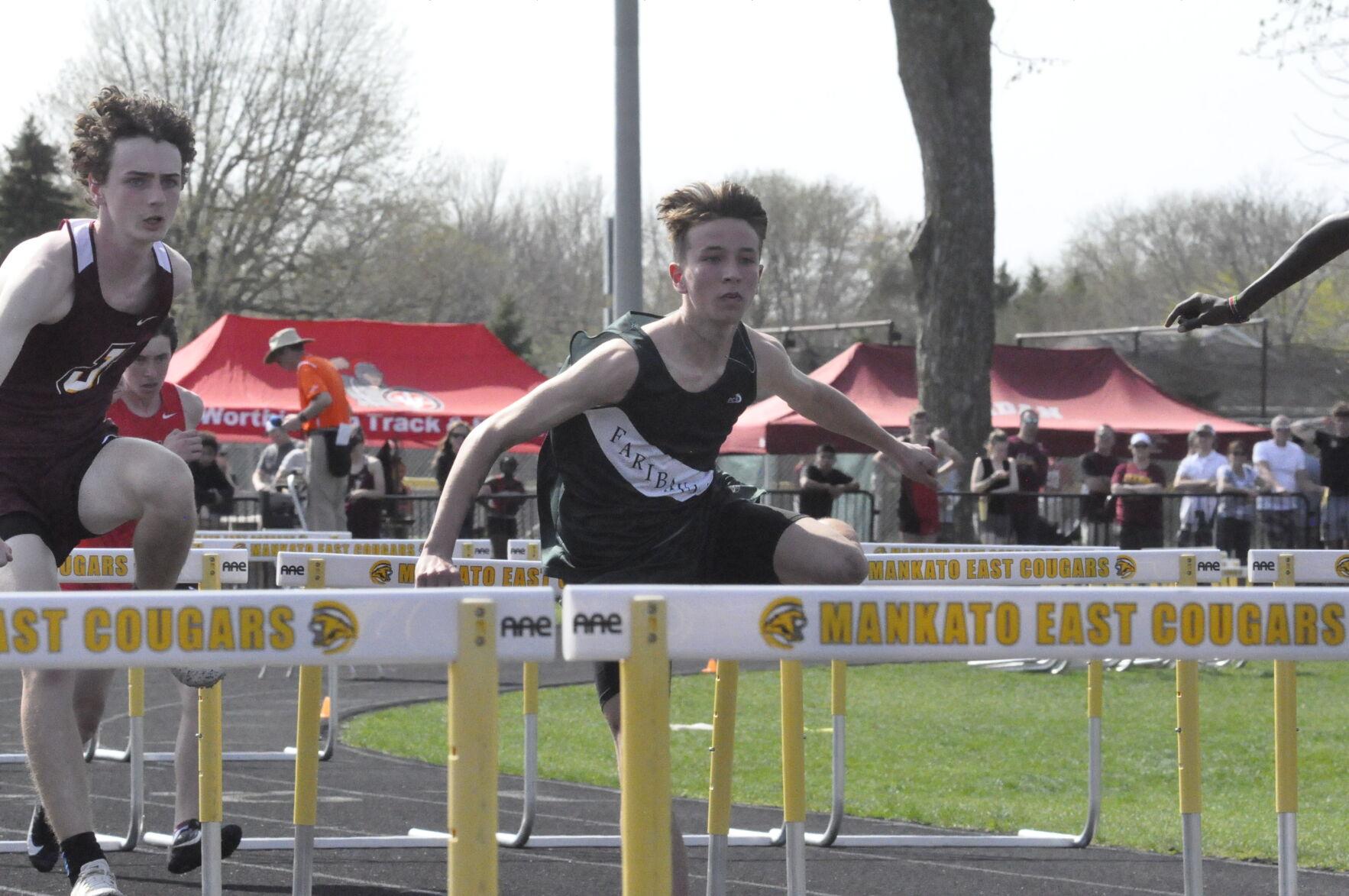 Faribault’s Carter Johnson in action during the Section 2AA True Team event on Tuesday. The Falcons placed third for boys and seventh for girls in the meet. (Ben Camp/southernminn.com) 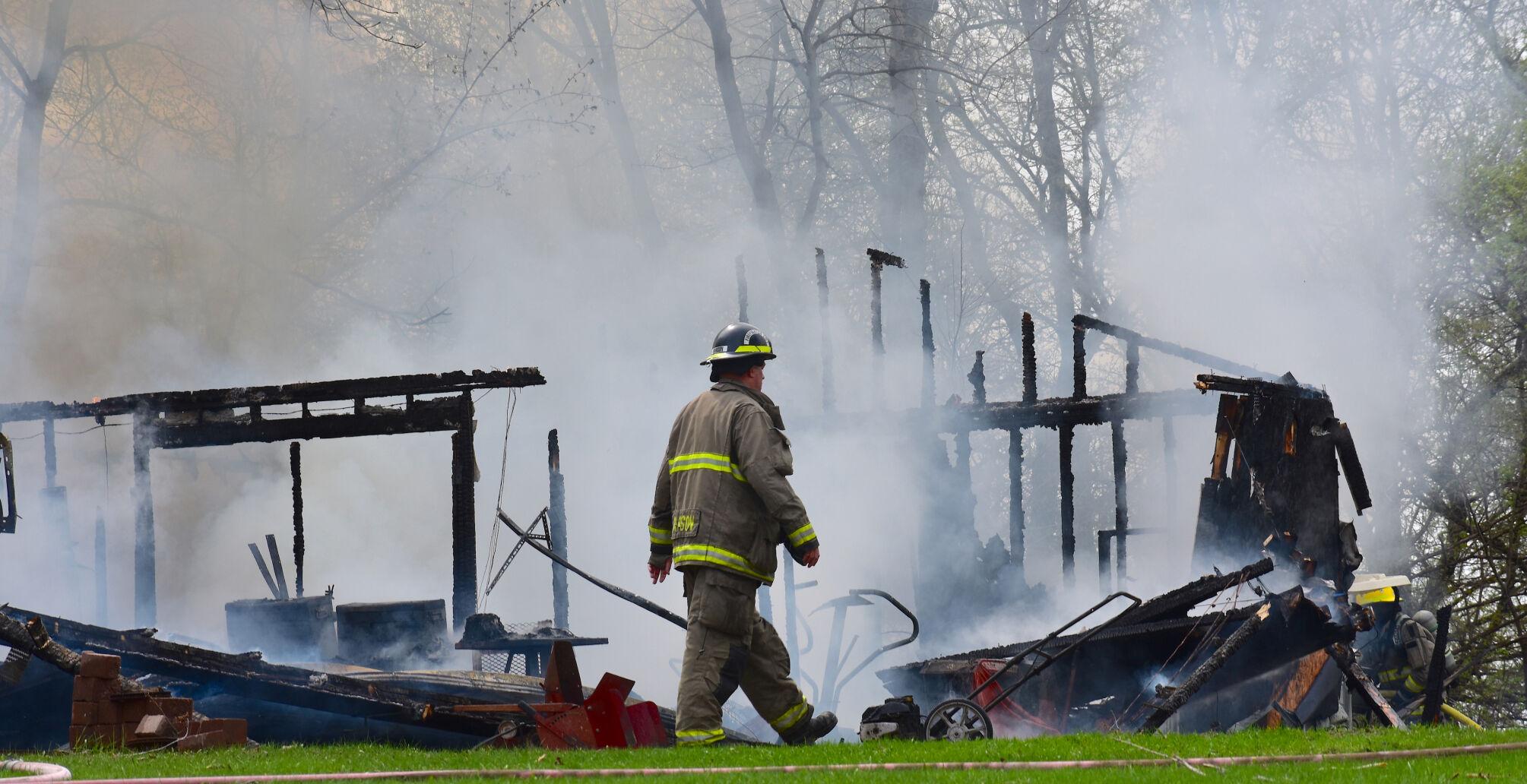 A firefighter walks past a large detached garage that was destroyed by fire Wednesday morning at 3415 227th St. E. (Kristine Goodrich/southernminn.com)