You are the owner of this article.
Edit Article Add New Article
Publications
1 of 2 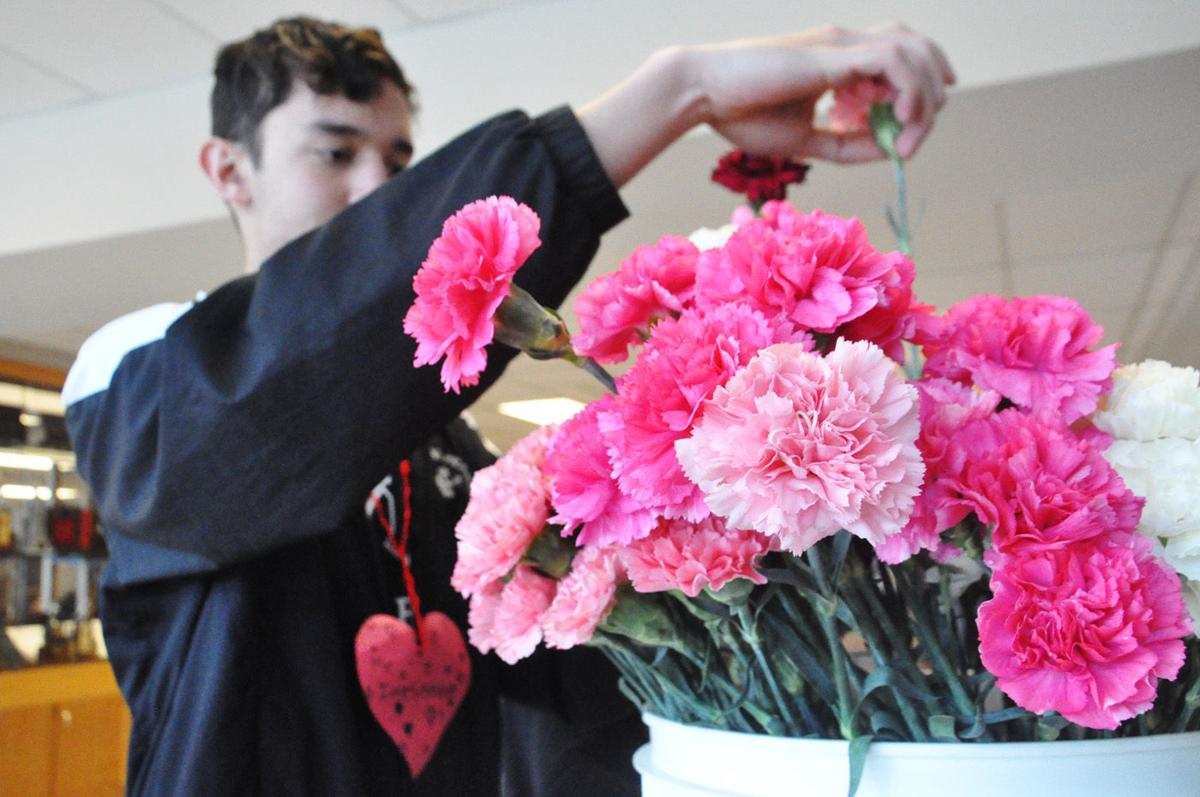 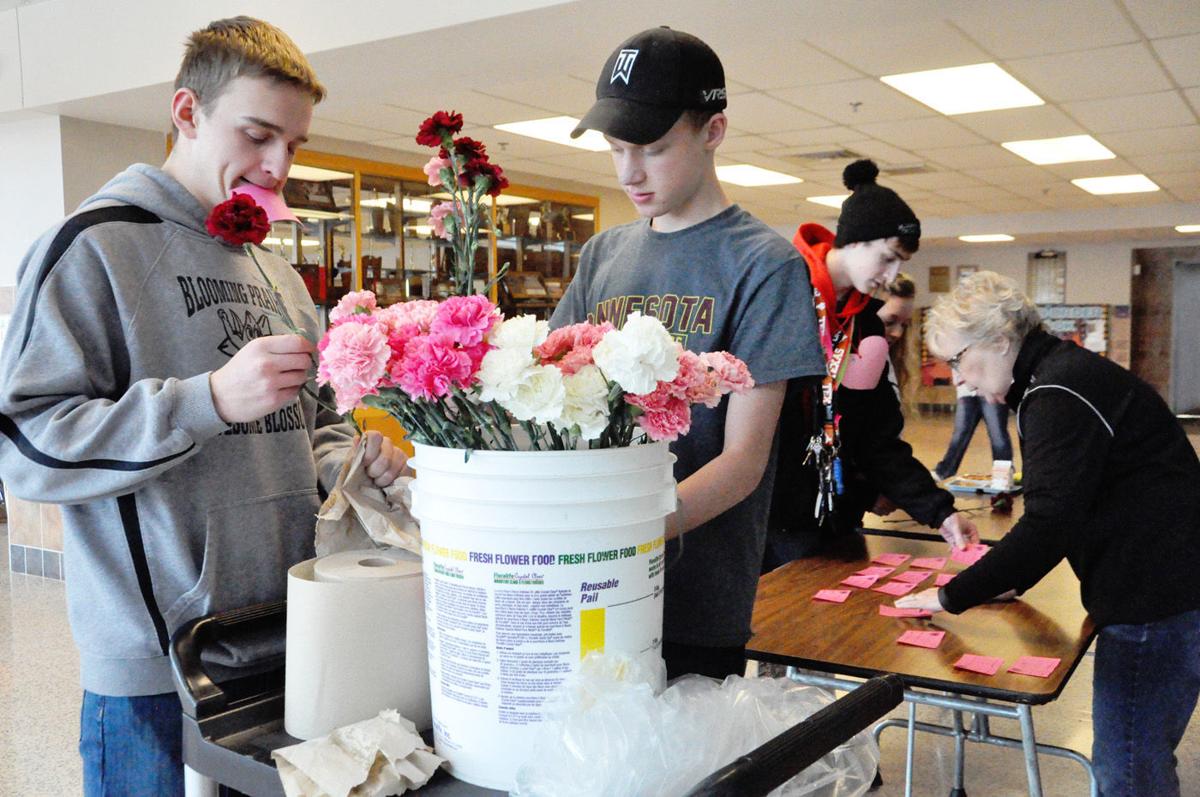 Blooming Prairie High School Student Council members passed out carnations during lunch Thursday afternoon to students. Carnations were purchased for $2 and were sent to significant others, crushes and friends. (Ashley Stewart/People’s Press)

Blooming Prairie High School Student Council members passed out carnations during lunch Thursday afternoon to students. Carnations were purchased for $2 and were sent to significant others, crushes and friends. (Ashley Stewart/People’s Press)

Members of the student council distributed carnations to their classmates during lunch for Valentine’s Day. The carnations were sold during the lunch hours Monday, Tuesday and Wednesday for $2 each to students who wished to send one, two — or more — to a significant other, crush or friend.

Pryor said the junior class has sold carnations for many years to raise money for the annual prom and grand march, which will be on April 30 this year.

“It can be pretty expensive,” she said.

The student council purchased about 125 carnations from A Touch of Charm to sell, but Pryor said only about 100 were sold.

“We didn’t do as well as we were hoping, but it’s still fun,” she said, noting it’s a chance for everyone to get involved.

For Leanne Hanson, owner of A Touch of Charm, the high school’s carnation sale is just a portion of the work she does for Valentine’s Day as the only florist and gift shop in Blooming Prairie.

“We’ve been pretty steady,” Hanson said Thursday afternoon after putting together a bouquet of roses.

But she said because Valentine’s Day is on Sunday this year, her work is spread out more.

“It doesn’t seem as busy because of that,” Hanson said, noting things have picked up as the holiday neared.

Orders started coming in last week and on Thursday, flowers, chocolates and balloons started going out. But others were scheduled to go out Friday and Saturday.

“We’ll also be delivering on Sunday, too, for a short time,” Hanson said.

A Touch of Charm to deliveries throughout Blooming Prairie, Austin, Owatonna, Ellendale, Hayfield and other area communities.

Hanson said about 85 percent of her customers ahead of Valentine’s Day are men, which is in stark contrast to her usual.

“Normally, our customers are 85 percent women,” she said. “It’s nice to get [the men] here and help them pick out their valentine.”

The store will be open from 10 a.m. to 1 p.m. on Sunday to accommodate any last-minute shoppers.

But Hanson doesn’t expect to be too busy over the weekend.

“Typically when Valentine’s Day falls on a weekend, it’s not as busy for florists because people go out and do other things,” she said.

And although it’s one of her busiest holidays — up there with Mother’s Day — she enjoys it.

“It’s a fun holiday, a loving one,” Hanson said.

Reach reporter Ashley Stewart at 444-2378 or follow her on Twitter.com @OPPashley